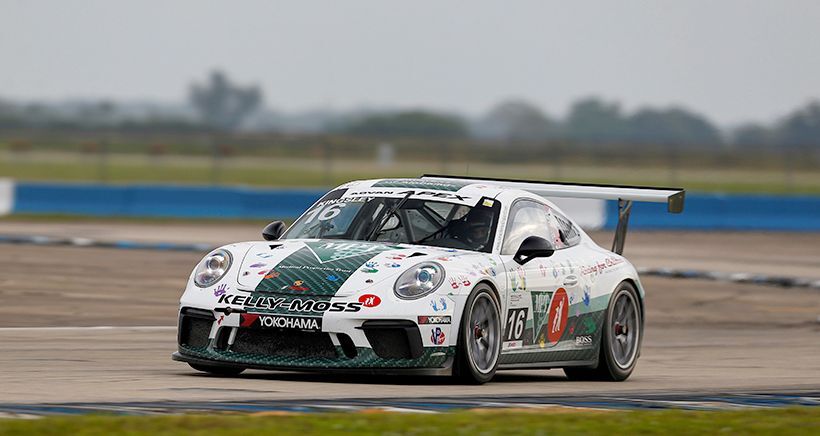 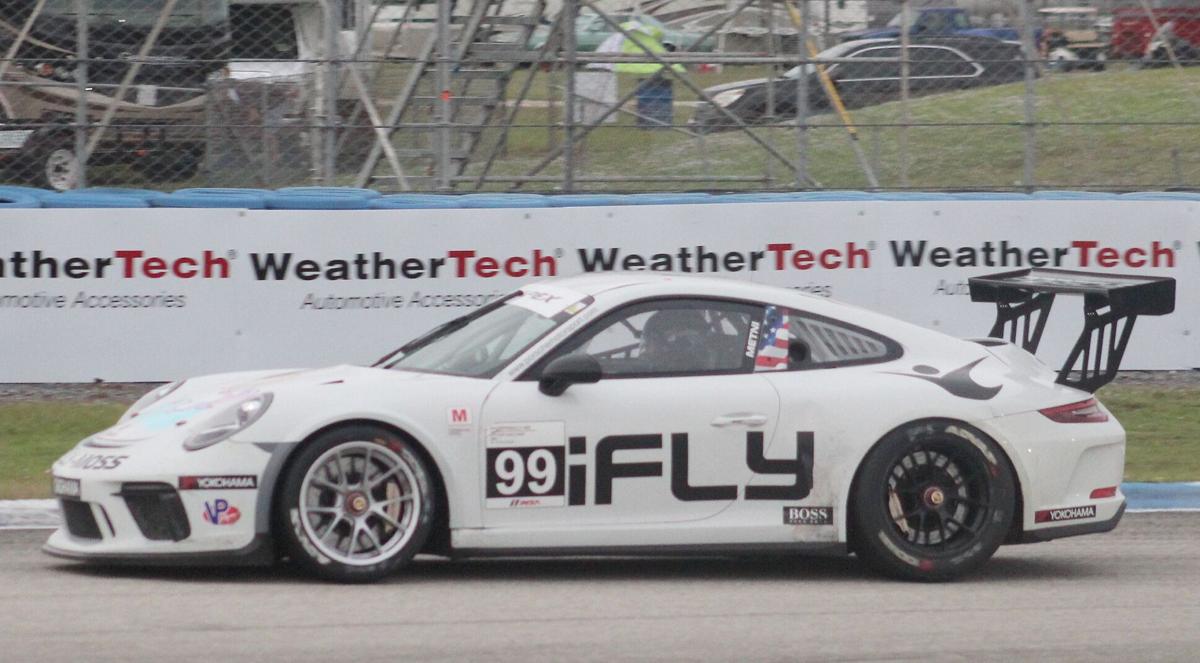 The No. 99 Porsche of Alan Metni. Metni claimed the Masters season title at Sebring on Friday.

The No. 99 Porsche of Alan Metni. Metni claimed the Masters season title at Sebring on Friday.

SEBRING — Jeff Kingsley wrapped-up the Porsche GT3 Cup Challenge USA by Yokohama season title at Sebring International Raceway on Friday, placing second in the opening race, which meant all he had to do was start the afternoon race to take the crown. He did a little better than that, taking the second-race victory to give him his 11th victory of the season.

Kingsley’s closest competitor on the season, Riley Dickenson, drove a masterful race in the opener and cruised to a 14.469-second victory, while Alan Metni claimed the Masters season title with a strong effort in the opening race, where he finished third overall and first in his class.

Kingsley, driver of the No. 16 Kelly-Moss Road and Race Porsche 911 GT3 Cup car, entered Sebring with a strong 31-point advantage over Dickenson, and was content to not make any mistakes in the opener, as Dickenson led each lap of the race. It was close for a while, as Dickenson led by 1.299 seconds after four laps, but gradually stretched out his lead with each passing lap.

Metni had a 29-point edge over Charlie Luck entering Friday and only needed to start both races to take the Masters class, which is for drivers age 45 and over, and he was in the top four the entire time, slipping past Sean McAlister into third place on Lap No. 17 of the 22-lap race.

In Gold Cup, which is for cars 2016 and older, Richard Edge took his first win of the season in a spirited battle against Efrin Castro.

The second race started out much like the first, with Dickenson taking the lead, but this time Kingsley took the lead on Lap No. 15 and was able to pull away a little bit each lap, eventually winning by 4.977 seconds. Dickenson finished second and Metni had another strong race, moving into third place on the second lap of the race and staying there until the very end.

Castro took the Gold Cup victory over Edge, but it was Curt Swearingin who claimed the season title with a pair of a third-place finishes after he entered Sebring with an 18-point lead over Castro. Swearingin only needed to start both races and he did a single lap in each of the two races.