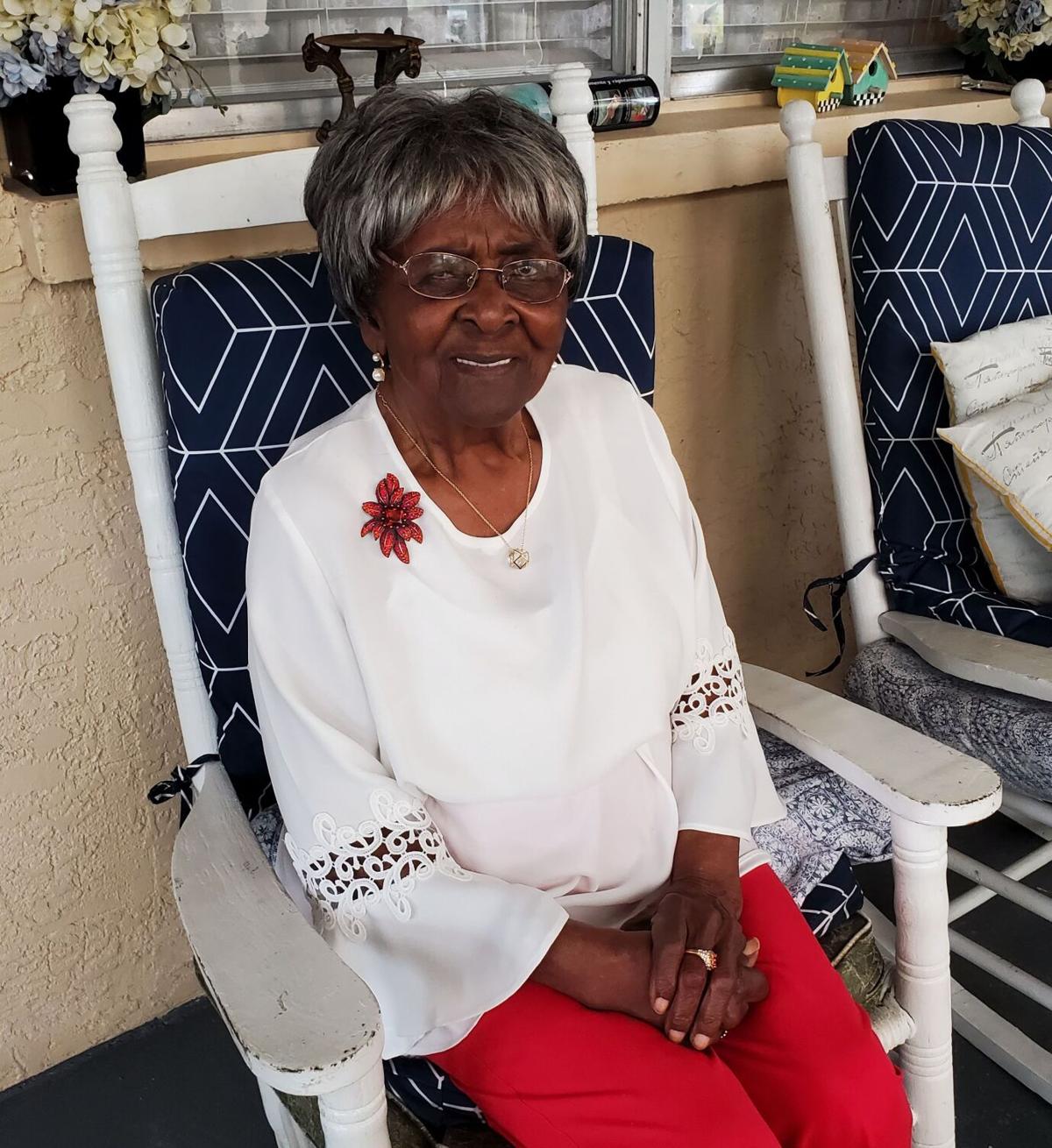 Lillie Mae Taylor loves sitting on the porch of her home where she can watch what’s going on in the neighborhood. 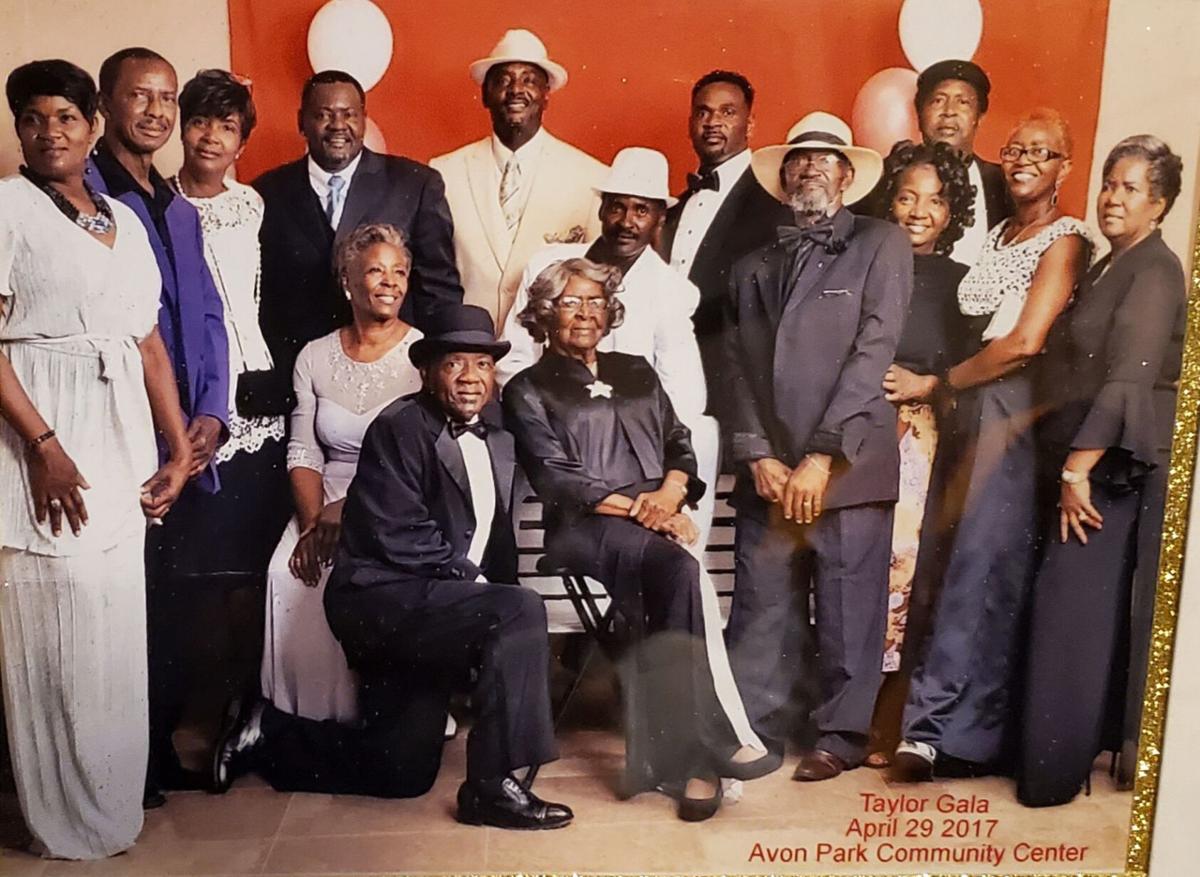 Lillie Mae Taylor surrounded by 14 of her children at the Taylor Gala in 2017. 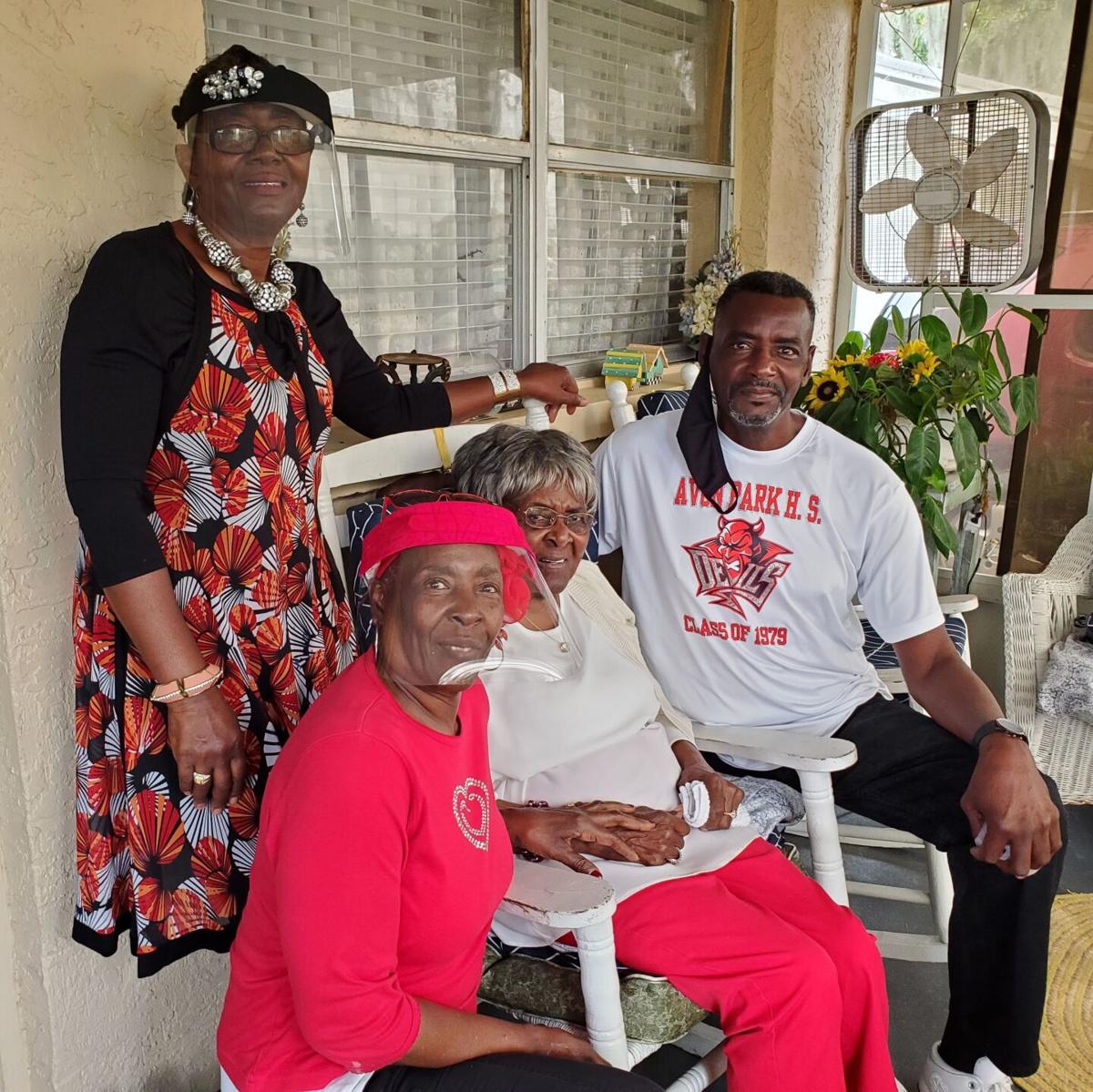 Lillie Mae Taylor with three of her children, from left, Margie, Hattie and JD. 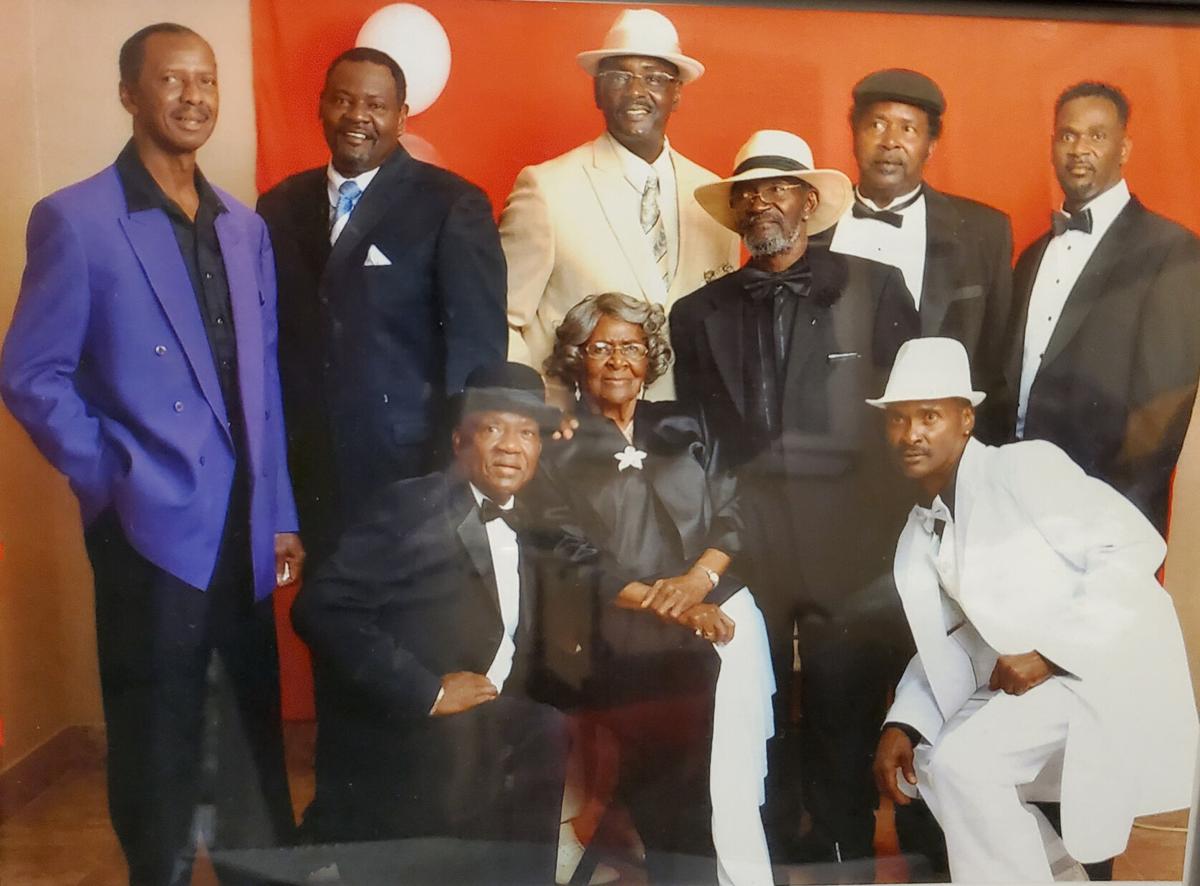 Lillie Mae Taylor with her sons.

Lillie Mae Taylor loves sitting on the porch of her home where she can watch what’s going on in the neighborhood.

Lillie Mae Taylor surrounded by 14 of her children at the Taylor Gala in 2017.

Lillie Mae Taylor with three of her children, from left, Margie, Hattie and JD.

Lillie Mae Taylor with her sons.

If she was writing her resume, she could include her years of helping her husband farm in Georgia, her years of picking cotton and her years of picking oranges. Oh yeah, and the number of babies that she helped come into the world through her work as a midwife. She also volunteered with a prison ministry at Avon Park Correctional Institution. But probably the one job Lillie Mae Taylor has loved the most in her 100 years of life has been that of a mother.

As we celebrate Black History Month, we honor those like Lillie Mae Taylor, the epitome of a strong Black woman.

Lillie Mae didn’t raise a family of three children, or five children. Lillie Mae had 22 babies, though only 16 of them lived.

Like so many other women at that time, Lillie Mae was 19 when she had her first baby. She and her husband Lucious added to the family about every 12-18 months, and they raised their family together until 1974 when Lucious passed away.

In fact, there are five generations of Taylors today. On last count, Lillie Mae has 62 grandchildren.

Lucious served in the U.S. Army — as did six of his children — Willie, Margie, JD, Henry, Bernice and Curtis ... and when he got out, he and Lillie Mae married and went to work farming. The older children remember the hard work and the benefits that the family reaped.

Hattie, the oldest daughter, said her daddy farmed and harvest a lot of produce and meat. They would take the food to market and what they didn’t take to market, he would invite neighbors to come and take what they wanted from the fields.

The farm helped feed the Taylor family. Hattie said not only was there the produce and meat that their dad harvested, but there was also a number of fruit trees in the yard.

Lillie Mae said when things got tight, she would just start “pinching” to make the food go a little further. Margie said she doesn’t remember a single time when any of them went hungry. “She’d just keep pinching it. There was always enough,” she said.

Hattie remembers sometimes sitting in the field and cracking a watermelon open, digging her hands into the meat of the fruit to eat.

Hattie said, “She didn’t just feed her own children. She fed others too. She always had a big heart. She didn’t care who you were. She’d put newspaper down on the floor so everyone had their own spot. Sometimes I’d come in and ask who someone was and Mama would say, ‘I don’t know.’ All she knew was they needed to be fed.”

Word is that trait has been carried down through the family line. Margie’s husband, Harold, said when the family gets together for a holiday, any food that is left over is packed up by the girls and taken to different ones in the community. No one they know will be hungry.

The children also remember when their dad would butcher a couple of hogs or a cow. Family and friends would come from near and far to enjoy the good cooking. “We’d feast for two or three days,” Hattie said.

“We were never wasteful, that’s just how we’d celebrate the harvest. As I got deeper into the Word (the Bible), I learned that’s the way it’s supposed to be. Mama and Daddy stayed as close to the Word as they could,” she said.

Lillie Mae also remembered how the mule would pull 200 pounds of fertilizer, but not another pound more. She said he knew if there was more than 200 pounds on the wagon.

Hattie, referred to as a second mother by the younger children, was in third grade when the family moved to Avon Park from Doerun, Georgia. Prior to the actual move, they would come and stay with her grandmother, Ruby Lee Coleman, while Lillie Mae and Lucious would work picking oranges.

Lillie Mae said one thing she remembered about the move was the hard work and how she liked the weather. She said it was sometimes cold in Georgia while picking cotton, but the Florida temperatures were so much warmer while picking oranges.

Hattie said her mother did a lot of hard work.

“I remember her having her babies, being home a couple of days and being right back out in the fields, picking cotton, tobacco and farm work,” Hattie said.

When the children squabbled, how did Lillie Mae stop it? She said, “I got me a switch and they stopped,” she said to her children’s chuckles.

How many babies did she help bring into the world through her work as a midwife? She doesn’t remember the exact number but says it was more than 10.

JD said, “She been the best mom anyone could ask for. She’s got a big heart. ... She set the tone for me being the person I am today. She made sure I received my education. I’m truly blessed God gave me the mother I have.”

Hattie and Margie said their mother has not only been a pillar to the family, but also to the community. “Our neighbors referred to her as mom,” Hattie said.

Margie said, “Mom always said if you teach them right and treat them right, you’ll put them on the right path.”

Lillie Mae was 76 when she stopped working and 82 when she stopped driving back and forth to Sebring where she had a friend she helped take care of. In 2014, she was the grand marshal of the Martin Luther King Jr. Parade in Avon Park.

Whether it was picking cotton or picking oranges, it doesn’t matter. The years of hard work aren’t evident when one looks at 100-year-old Lillie Mae Taylor. Within no time at all, a smile comes across her face and if you listen closely to the humble mother of 22, you’ll hear a soft giggle when you speak to her and the love that surrounds her is quite evident.