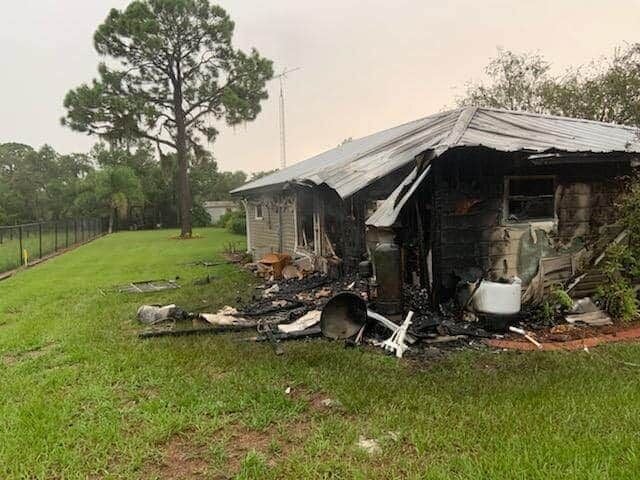 Lightning is being blamed on causing a fire to this home in the 11,000 block of Payne Road in Leisure Lakes on Monday evening. 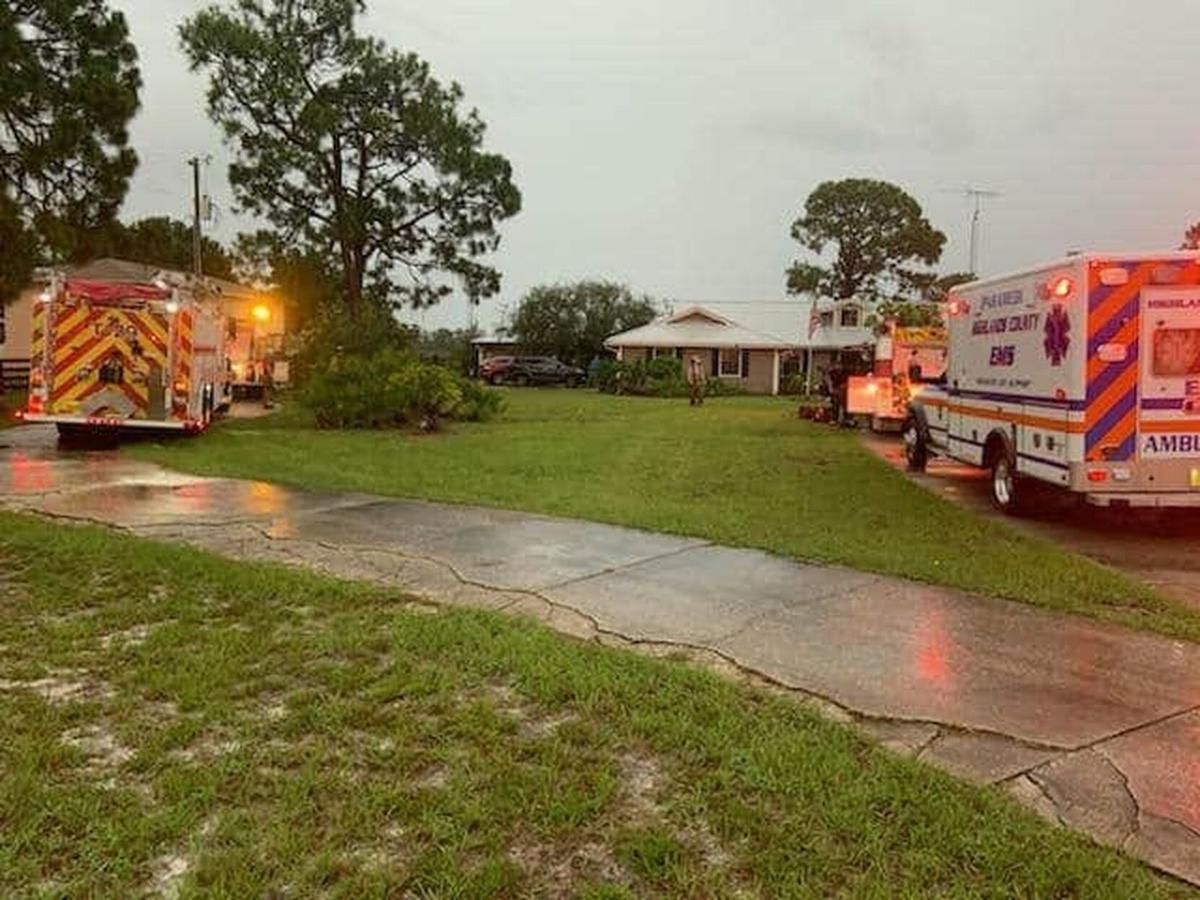 Firefighters and EMS arrive at a house fire in Leisure Lakes due to lightning. The fire was put out quickly but there was still considerable damage to the home. No one was injured.

Lightning is being blamed on causing a fire to this home in the 11,000 block of Payne Road in Leisure Lakes on Monday evening.

Firefighters and EMS arrive at a house fire in Leisure Lakes due to lightning. The fire was put out quickly but there was still considerable damage to the home. No one was injured.

LAKE PLACID — Residents of Highlands County did not need a weatherperson to tell them there were big storms rolling through the area on Monday. Torrential rains, fierce lightning strikes and booming thunder were sufficient. Those lightning bolts are being held responsible for setting at least one home on fire in the Leisure Lakes subdivision of Lake Placid.

About 6 p.m. Highlands County Fire Rescue were called to a house fire on the 11,000 block of Payne Road. Officials said there was no one home at the time and there were no injuries to people or animals at the property. He was unsure who made the emergency call but someone must have seen the lightning strike. The fire was started in a mother-in-law-like structure attached to the main home by a breezeway. The fire started in the rear left of the structure.

“It took about five minutes to put the fire out but another 45 minutes before they felt they had a good handle on it,” Fire Chief Marc Bashoor said.

Firefighters from DeSoto City, Leisure Lakes and Battalion 2 were able to combat the fire quickly, but there was still extensive damage to the building. He did not have a dollar amount for the damage. Also on the scene were Highlands County Medics 19 and 17, who were cross-trained to assist. The Rehab Unit 51 was able to support firefighters in their efforts.

There are some tools that may help provide mitigation against lightning protection to homes. One tool is a lightning rod. They have fallen out of favor possibly because they are not attractive but probably more for the extra expense.

The basic premise of a metal lightning rod is to intercept a strike and direct the energy down a conductive path and allow the energy to disperse into the ground. The rods work if the lightning hits it but a home can be struck anywhere. In that case, a “complete lightning protection system is needed,” Weathergov.org said.

Anytime a home’s system is struck by lightning, an electrician should be consulted.

While devastating, homes and property damaged from lightning fires can be replaced; lives can not. Officials said everyone must take lightning very seriously, especially in Florida. There is a reason the state is called the Lightning Capitol of the U.S. by experts.

According to the National Weather Service, there have been nine deaths in Florida so far this year from lightning strikes.

“When you hear thunder, get into a building or car and stay there until the storm is over,” Bashoor said. “Do not stand under a tree. Lightning will go for the tallest object. A tree only has the trunk, limbs and branches to dissipate the energy. If you are standing underneath it you can be stuck.”

He also said that thunder follows lightning, so if you hear thunder, lightning is already in the area. Follow the Weather.gov campaign of “When thunder roars, go indoors.”