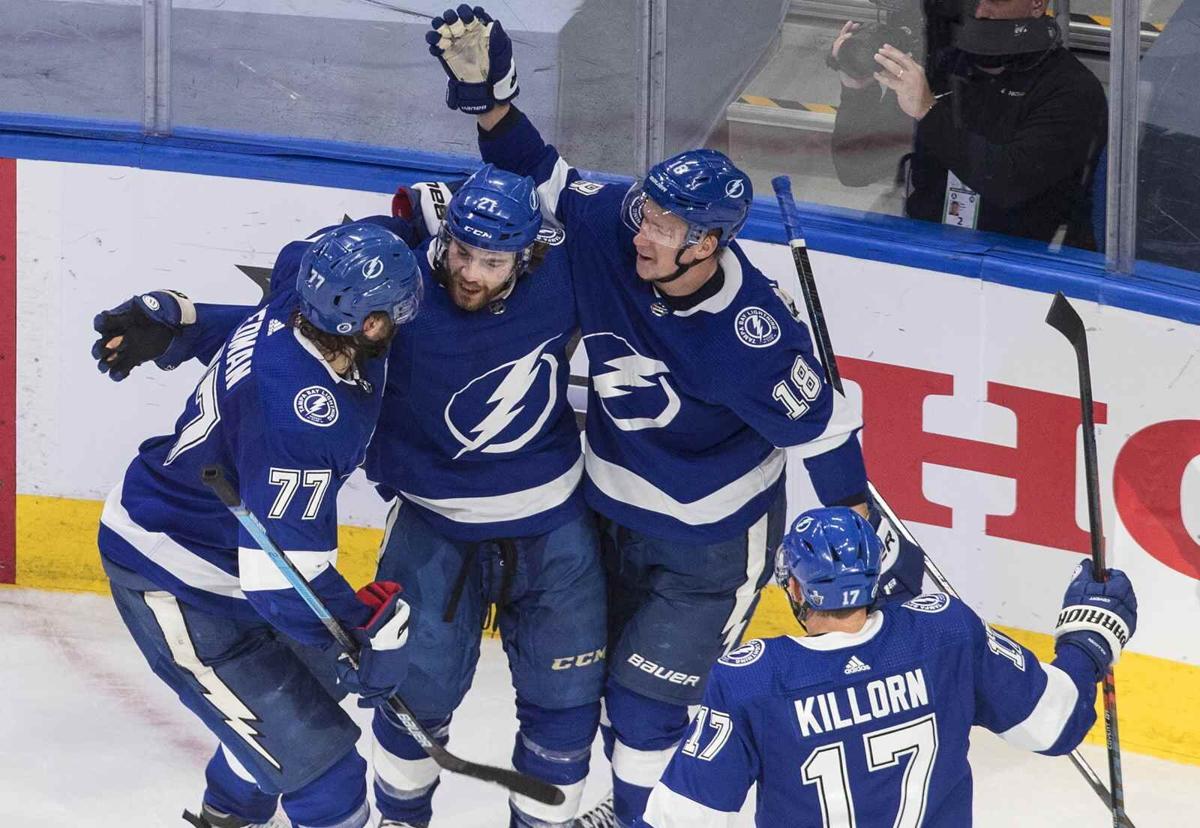 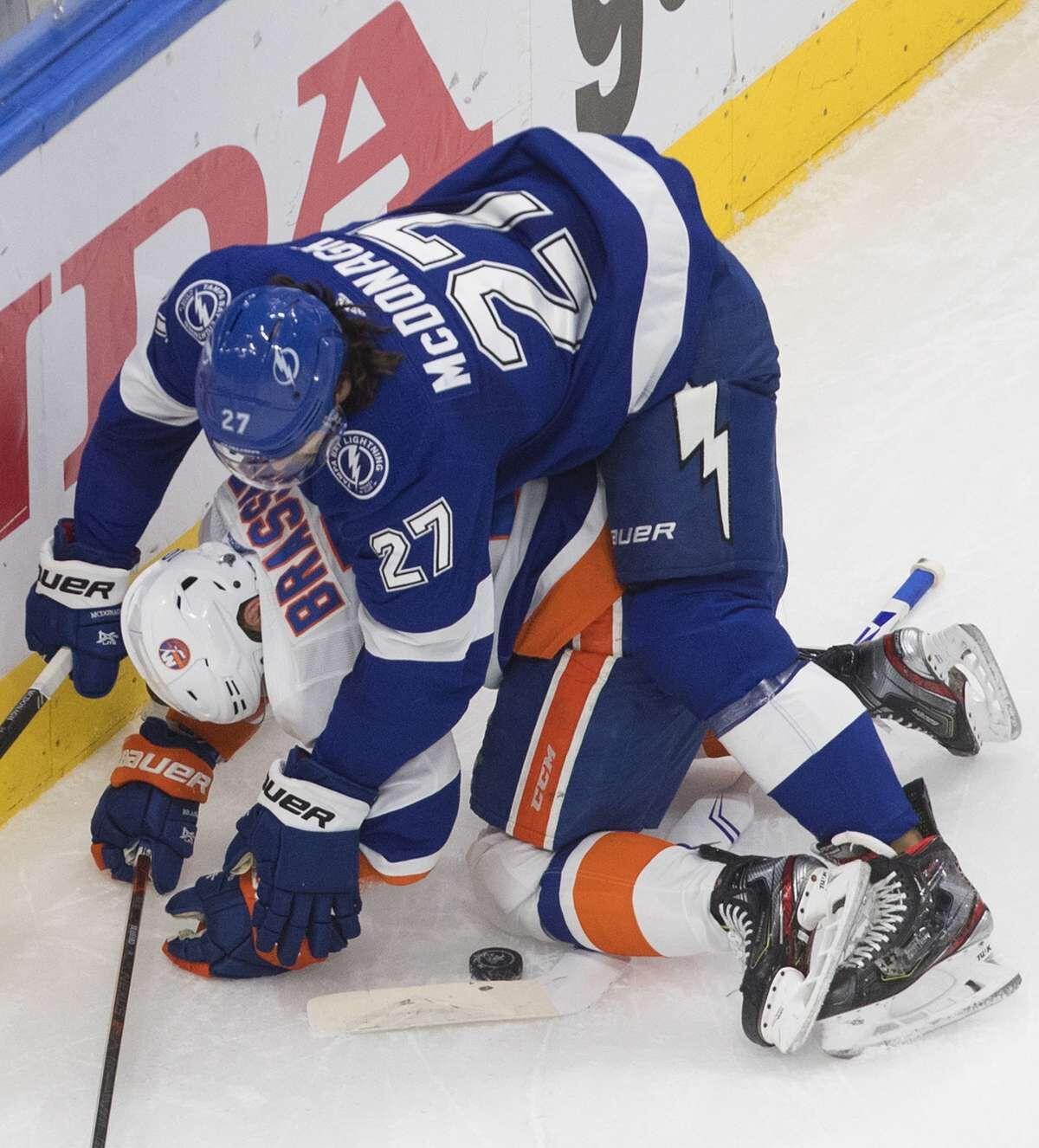 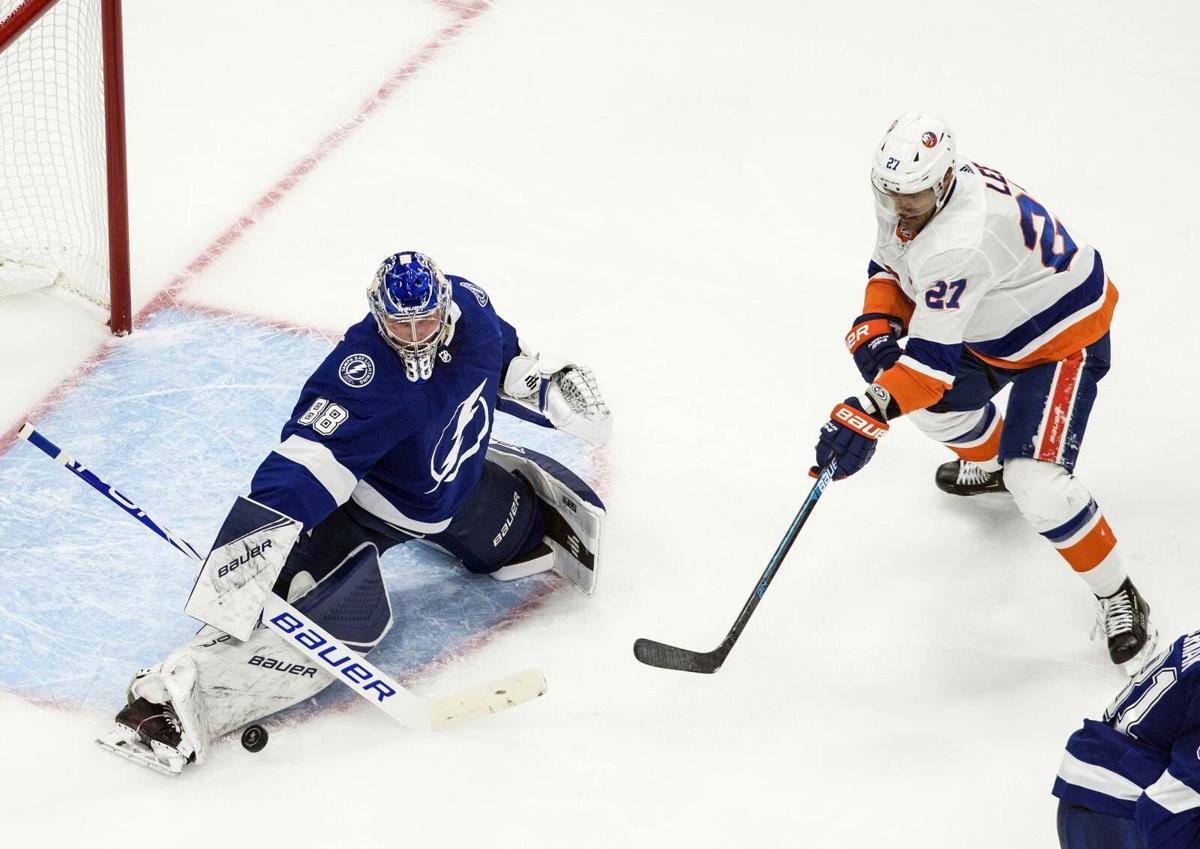 EDMONTON, Alberta — Braydon Point and the well-rested Tampa Bay Lightning resembled a refreshed team eager to come off an extended break after switching cities in the NHL playoff bubble.

The New York Islanders, on the other hand, looked predictably travel- and game-weary.

Point scored twice and added three assists in an 8-2 romp over the Islanders to open the Eastern Conference finals on Monday night. Nikita Kucherov had four assists, and scored his 34th career playoff goal to move one ahead of Martin St. Louis for first on the franchise list.

The Lightning showed no signs of rust following a near week-long break after eliminating the Boston Bruins in their second-round series with a 3-2 double-overtime win on Aug. 31. They instead resembled a refreshed team by scoring three times on nine shots to build a 3-1 lead by the 10:46 mark of the first period, and matched a franchise record for most goals scored in a playoff game.

The Islanders, by comparison, came out flat, looking like a team that spent Sunday flying to Edmonton, Alberta, from Toronto, a day after a 4-0 win over Philadelphia in Game 7 of their second-round series.

“Let’s be honest, this is a one-off. They had to grind through a seven-game series and then travel and play and change time zones,” Lightning coach Jon Cooper said.

“Now we’re on even terms. There’s no travel. Everyone gets the same rest,” he added. “It’s easy to say now that the game turned out the way it did. Bottom line is, you’ve got to take advantage of a tired team.”

Andrei Vasilevskiy made 23 saves, and the Lightning have won five straight, matching their longest playoff run since 2016.

Thomas Greiss, who stopped 16 shots in earning his first postseason shutout on Saturday, was yanked after giving up three goals on nine shots. He was replaced by Semyon Varlamov, who gave up five goals on 25 shots.

Jordan Eberle briefly tied the game at 1 with a power-play goal for New York, the only remaining team that played a preliminary round elimination series. Nick Leddy’s third-period goal briefly cut the Lightning lead to 6-2.

Islanders captain Anders declined to use the team’s short turnaround as an excuse.

“We’ve been through travel and transitions like this regular season playoffs all before, so it just takes a few minutes to get your legs going a little bit and then you settled in,” Lee said. “I don’t think that was indicative of the whole game.”

The eight goals allowed matched a franchise low, following an 8-3 loss to the New York Rangers in the Islanders’ second playoff game on April 10, 1975.

“Every time we made a mistake, they scored,” Islanders coach Barry Trotz said.

The opening goal reflected the disparity in rest between the two teams.

Point opened the scoring 74 seconds in by bursting up the left wing, getting a step a around Ryan Pulock, before driving to the net and wrapping the puck around Greiss.

Hedman said the goal provided the Lightning an immediate lift.

“Obviously, we haven’t played for a week, and we were thinking how the start was going to be, and then Pointer does that,” Hedman said. “I think he set the tone from the start.”

Hedman, from the blue line and set up by Point’s no-look pass, blasted a shot inside the left post with Greiss screened by Tampa Bay’s Alex Killorn for a power-play goal. Then McDonagh beat Greiss high on the short side from the left circle.

Point extended his point streak to seven games, in which he’s combined for four goals and 12 assists. He also has a point in 13 of Tampa Bay’s 14 playoff games this year.

The Lightning piled on by scoring twice in the second period, including a delayed goal scored by Gourde following an NHL video review as play progressed. The horn was blown 14 seconds after Gourde’s shot crossed the goal line and bounced off Islanders defenseman Andy Greene’s stick, which was in the net.