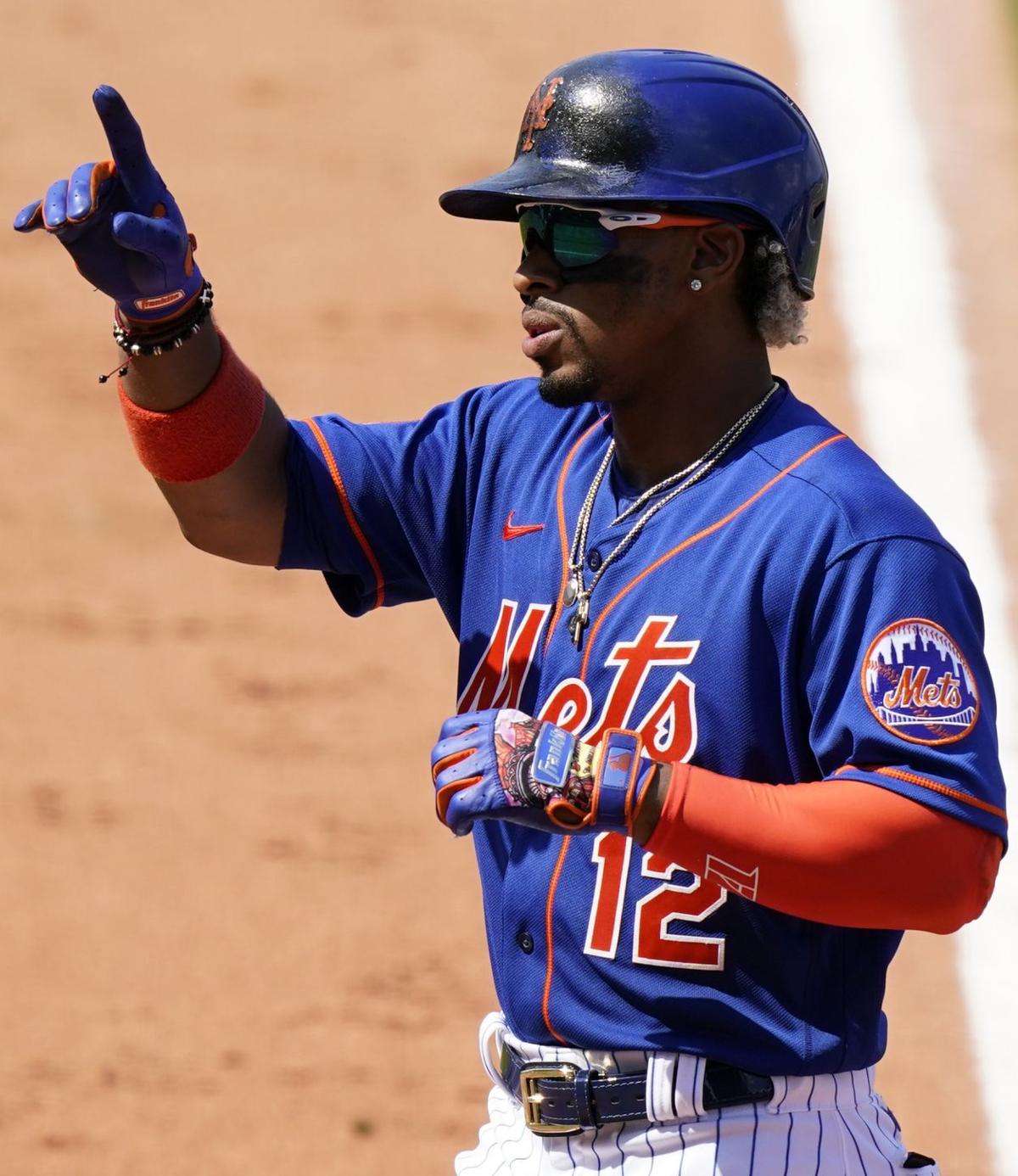 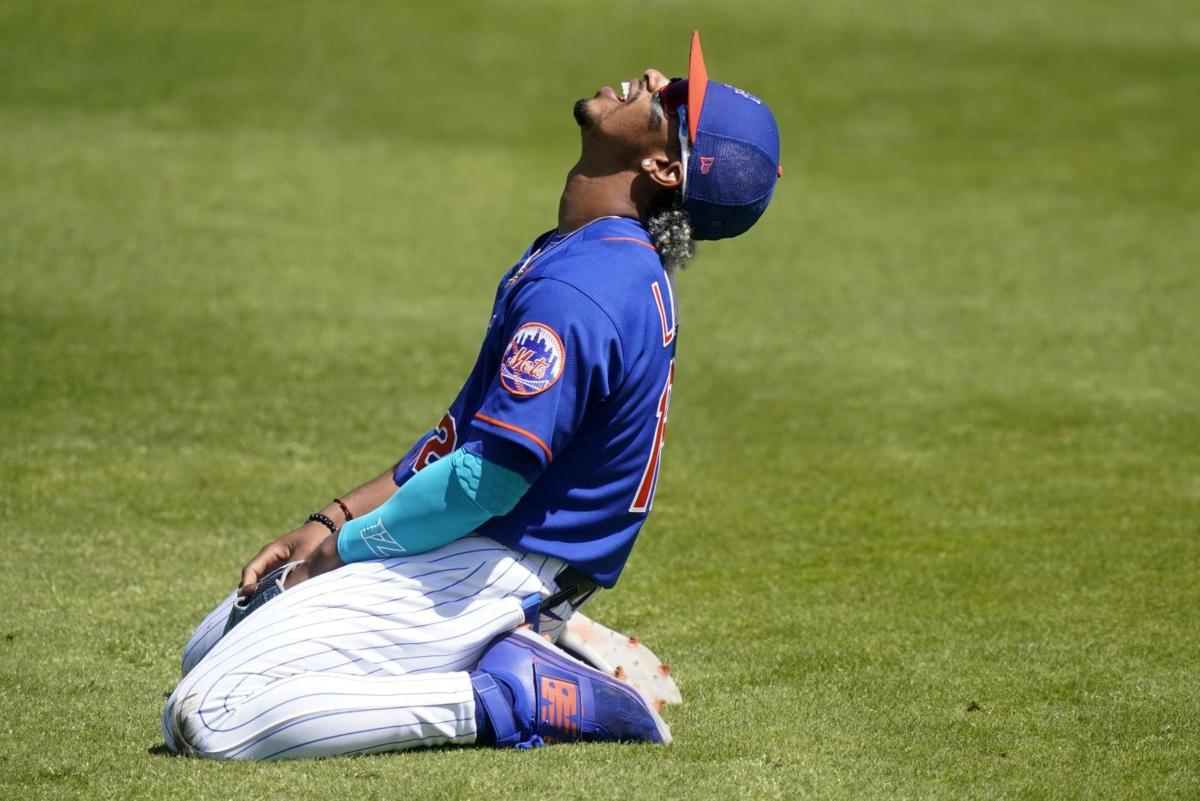 New York Mets shortstop Francisco Lindor reacts after he can’t get to a ball hit for a single by St. Louis Cardinals’ Yadier Molina during the third inning of a spring training baseball game, Sunday, March 14, 2021, in Port St. Lucie.

New York Mets shortstop Francisco Lindor reacts after he can’t get to a ball hit for a single by St. Louis Cardinals’ Yadier Molina during the third inning of a spring training baseball game, Sunday, March 14, 2021, in Port St. Lucie.

NEW YORK — New Mets owner Steven Cohen bonded with Francisco Lindor, which along with $341 million led to a team-record 10-year contract that starts in 2022.

“I’ve had a few dinners with Francisco, and he’s a special guy,” Cohen said during a news conference Monday to announce the agreement.

“He’s got a winning personality. He’s a leader. They love them in the clubhouse. He brings intangibles that you need if you’re going to win championships and obviously a great ballplayers besides. And so this is a special guy. I think I’m good friends with him. We text all the time,” he said.

New York acquired the four-time All-Star shortstop from Cleveland in January. He was signed for $22.3 million this year and was eligible for free agency after this year’s World Series.

Lindor set a deadline of last Thursday — the scheduled opener at Washington — for a deal, and the agreement came together the night before. The Mets’ season-opening, three-game series was postponed because of a COVID-19 outbreak on the Nationals.

Lindor is from Caguas, Puerto Rico, and he also bonded with Cohen’s wife, Alexander, who is of Puerto Rican descent and grew up in the Washington Heights section of Manhattan.

“My in-laws came from the same hometown as Francisco,” Steve Cohen said. “And so there’s a real connection there. And so Francisco came over to the house. There was lots of discussion about the neighborhood and restaurants and the food and so immediate connections.”

Cohen’s wife is assisting with the transition to the Mets.

“I know Alex has reached out to his fiancée,” the owner said. “She’s in New York, and she’s trying to make it a little easier for her to be comfortable in New York City. So it’s working out pretty well for everybody so far.”

“I walk around my own house sometime, and I don’t know what they’re talking about when they talk in Spanish,” he said. “I’m not good at it.”

A hedge fund billionaire who bought the Mets last November, Cohen is eager for the start of his first season. His eyes kept darting to the right to check computer screens with stock quotes during times Mets president Sandy Alderson was talking, part of what Cohen refers to as his “day job.”

“I think I’m starting to get my sea legs here and start to feel like I’m starting to understand a lot of stuff,” Cohen said. “I think as time goes by agents can know what my style is and hopefully we can avoid these last-minute fire drills.”

He has boosted payroll to among baseball’s top three and intends to spend to transform the Mets into a winner.

“We’re going to be a significant player for free agents down the road and we’re going to act like a major-market club,” Cohen said.

“Significantly early on in this conference Steve said he’s starting to get his sea legs, and it’s tough to get your sea legs if you’re a drunken sailor,” Alderson said. “So I think Steve has done a great job of navigating these issues. And unfortunately, you often get measured by whether you sign a free agent or don’t sign a free agent. There’s so much else going on, on the iceberg below the waterline where we’ve made significant progress I think will contribute to what we can do longer term.”

Outfielder Michael Conforto remains eligible for free agency after the World Series. There have been only brief talks about a long-term deal.

“I plan to sit down with his agent at some point and discuss it,” Cohen said, referring to Scott Boras. “We like Michael. He’s been a terrific Met, and we’ll see if we can get it done. This is a big moment for him, too. He may want to explore his free agency.

Cohen is leaving long-term talks with pitchers Jacob deGrom and Noah Syndergaard to Alderson. DeGrom is signed through 2023 as part of a deal in which the Mets hold a 2024 club option. Syndergaard, who hopes to return from Tommy John surgery in June, can be a free agent this fall.

“There’s got to be a right time and a right place for everybody,” Cohen said.

For now, Lindor was the big deal the Mets focused on.