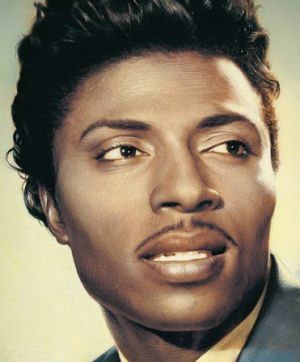 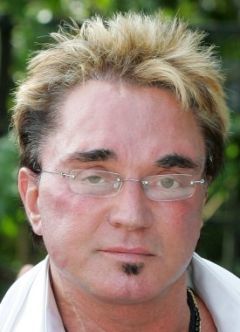 Minson added that the family is not releasing the cause of death.

Born Richard Penniman, Little Richard was one of rock ‘n’ roll’s founding fathers who helped shatter the color line on the music charts, joining Chuck Berry and Fats Domino in bringing what was once called “race music” into the mainstream. Richard’s hyperkinetic piano playing, coupled with his howling vocals and hairdo, made him an implausible sensation — a gay, black man celebrated across America during the buttoned-down Eisenhower era.

He sold more than 30 million records worldwide, and his influence on other musicians was equally staggering, from the Beatles and Otis Redding to Creedence Clearwater Revival and David Bowie. In his personal life, he wavered between raunch and religion, alternately embracing the Good Book and outrageous behavior.

It was 1956 when his classic “Tutti Frutti” landed like a hand grenade in the Top 40, exploding from radios and off turntables across the country. It was highlighted by Richard’s memorable call of “wop-bop-a-loo-bop-a-lop-bam-boom.”

The Beatles’ Paul McCartney imitated Richard’s signature yelps — perhaps most notably in the “Wooooo!” from the hit “She Loves You.” Ex-bandmate John Lennon covered Richard’s “Rip It Up” and “Ready Teddy” on the 1975 “Rock and Roll” album.

When the Rock and Roll Hall of Fame opened in 1986, he was among the charter members with Elvis Presley, Berry, Buddy Holly, Jerry Lee Lewis, Sam Cooke and others.

LAS VEGAS — Roy Horn of Siegfried & Roy, the duo whose extraordinary magic tricks astonished millions until Horn was critically injured in 2003 by one of the act’s famed white tigers, has died. He was 75.

Horn died of complications from the coronavirus on Friday in a Las Vegas hospital, according to a statement released by publicist Dave Kirvin.

“Today, the world has lost one of the greats of magic, but I have lost my best friend,” Siegfried Fischbacher said in the statement. “From the moment we met, I knew Roy and I, together, would change the world. There could be no Siegfried without Roy, and no Roy without Siegfried.”

He was injured in October 2003 when a tiger named Montecore attacked him on stage at the Mirage hotel-casino in Las Vegas. He had severe neck injuries, lost a lot of blood and later suffered a stroke. He underwent lengthy rehabilitation, but the attack ended the long-running Las Vegas Strip production.

The darker-haired of the flashy duo, Horn was credited with the idea of introducing an exotic animal — his pet cheetah — to the magic act.

“Roy was a fighter his whole life including during these final days,” Fischbacher said. “I give my heartfelt appreciation to the team of doctors, nurses and staff at Mountain View Hospital who worked heroically against this insidious virus that ultimately took Roy’s life.”

The two became an institution in Las Vegas, where their magic and artistry consistently attracted sellout crowds. The pair performed six shows a week, 44 weeks per year.

They returned to the stage in February 2009 for what was billed as their one and only comeback performance, to raise funds for the new Cleveland Clinic Lou Ruvo Center for Brain Health in Las Vegas. The brief performance, which included Montecore, became the basis of an episode of the ABC television show “20/20.”

Horn and Siegfried Fischbacher, both natives of Germany, had first teamed up in 1957 and made their Las Vegas debut a decade later. Siegfried & Roy began performing at the Mirage in 1990.

When they signed a lifetime contract with the Mirage in 2001, it was estimated they had performed 5,000 shows at the casino for 10 million fans since 1990 and had grossed more than $1 billion. That came on top of thousands of shows at other venues in earlier years.