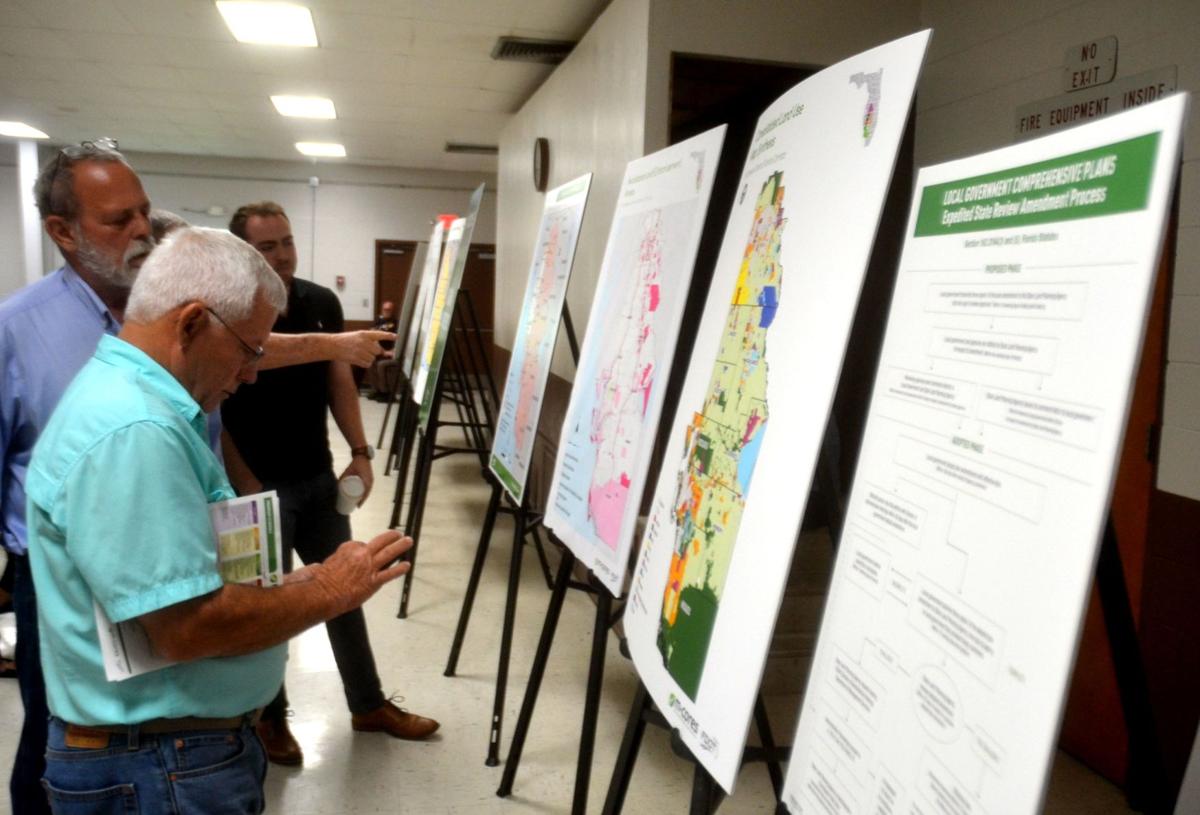 Visitors to Wednesday’s fifth meeting of the Multi-use Corridors of Regional Economic Significance (M-CORES) Task Force in Sebring take note of some of the geographic information on hand. As of yet, the Task Force and the Florida Department of Transportation have not identified a route for the Southwest-Central Florida Connector. 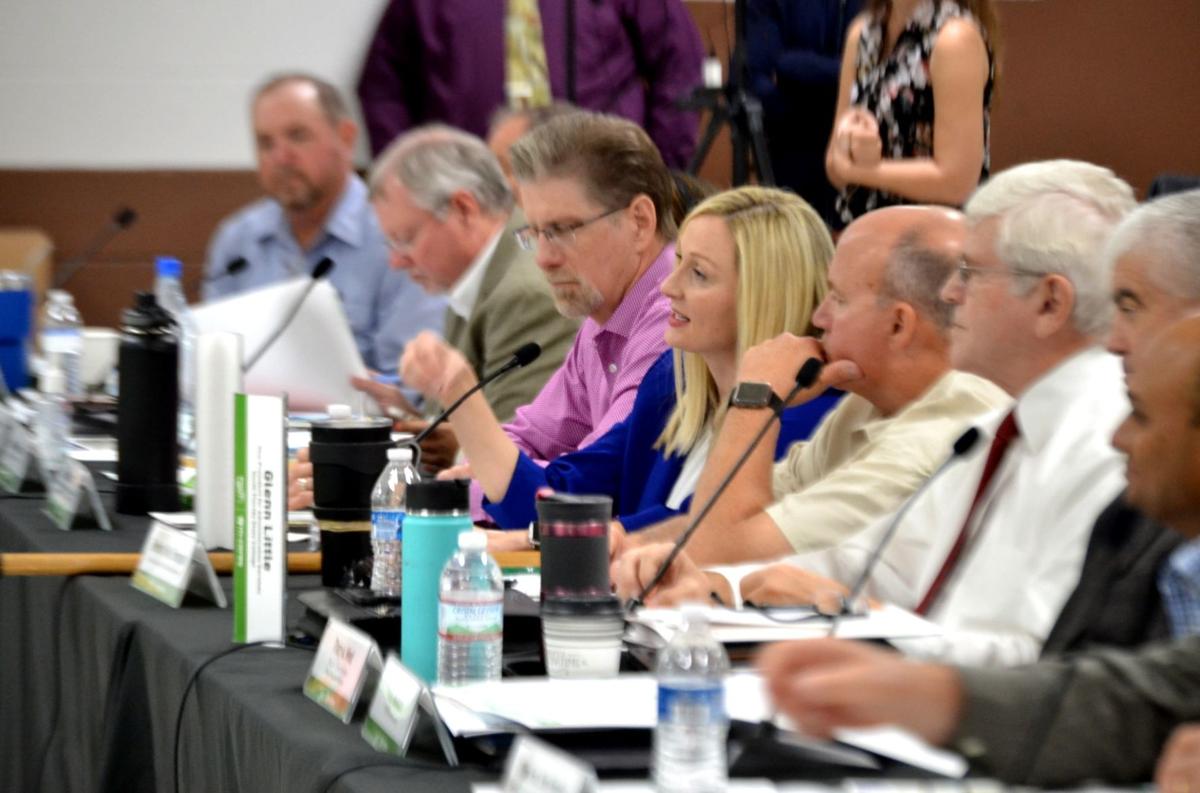 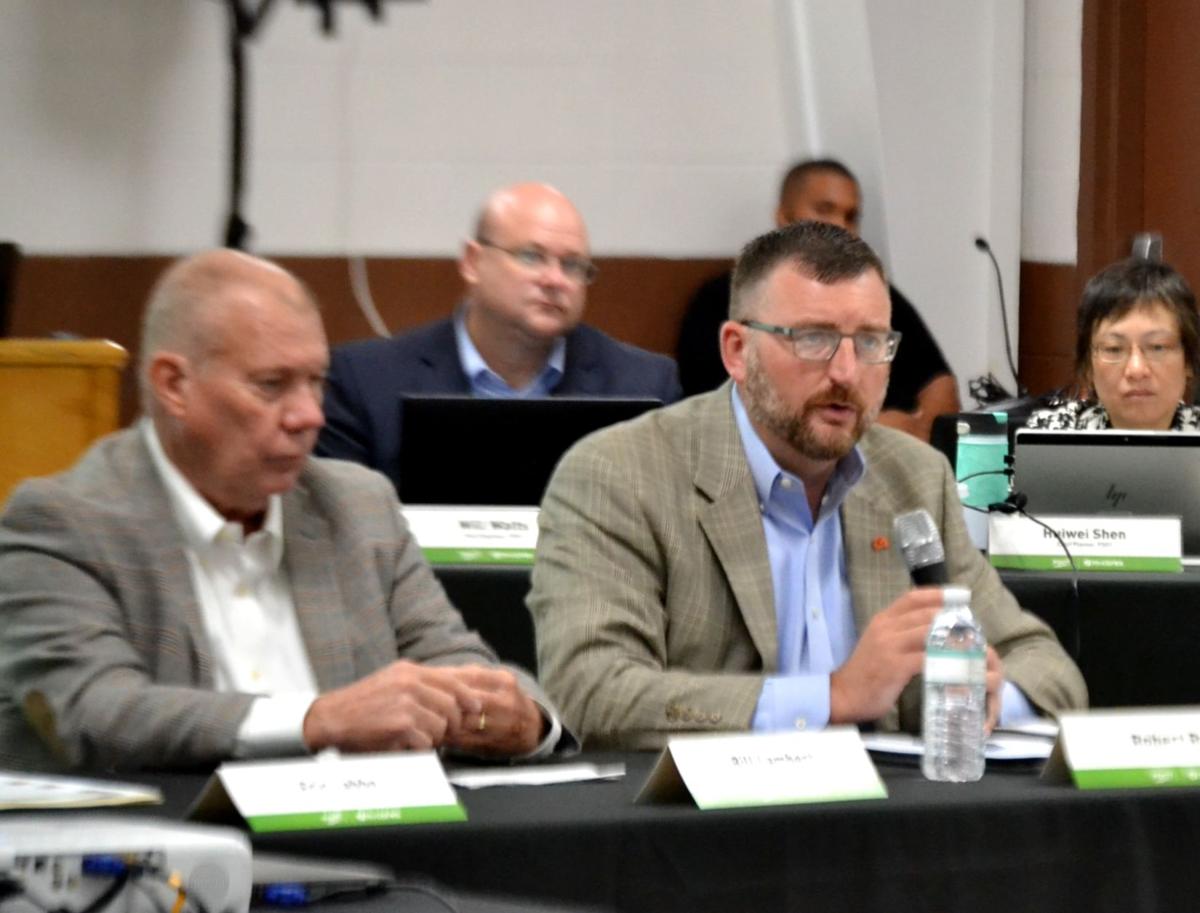 Visitors to Wednesday’s fifth meeting of the Multi-use Corridors of Regional Economic Significance (M-CORES) Task Force in Sebring take note of some of the geographic information on hand. As of yet, the Task Force and the Florida Department of Transportation have not identified a route for the Southwest-Central Florida Connector.

SEBRING — “If you build it, they will come” found new use Wednesday during the fifth meeting for the M-CORES Southwest-Central Florida Connector.

This time, the phrase got used in reference to utilities and broadband, one of the multiple uses planned for the future route of the proposed Polk-to-Collier County toll road — which still has no set route.

At Wednesday’s meeting of the Multi-use Corridors of Regional Economic Significance (M-CORES) Task Force in Sebring, stakeholders in the project led their conversation with ruminations about how to improve rural access to the internet.

He urged stakeholders to view the proposed road not just as a transportation route but also a utility and recreation corridor.

One such utility that rural areas struggle to have is broadband internet. Bill Lambert, fellow panelist and director of the Hardee County Economic Development Council, said one hurdle his county had to overcome was the “last-mile provider” — the company or entity that would connect customers to the service.

If the road goes through his county, Lambert said, they could have fiber optic cable in the corridor with connections to wireless routers that then relay the signal to towers downrange throughout the county.

Eric Labbe, fellow panelist and director of Economic Opportunity and Community Investment for Winter Haven, said it’s difficult to get small, local internet service providers to buy into such systems, because they don’t have funds to put their part of the system in place.

David Terry Brigman, panelist and former chief information officer and director of information technology for the city of Lakeland, suggested that the corridor study might provide a venue to build partnerships between state and local government to get broadband into extreme rural areas.

“We doubled the WiFi access on the Highlands campus. Within a day, it was all consumed,” Little said.

While broadband is essential to business, Little said, it’s crucial to training workers.

Bill Ferry of the Florida Internet and Television Association, asked the panel how they could get an internet provider to connect customers on that “last mile” given the advantages and disadvantages of using government lines and having to navigate regulations for installing their own equipment.

Lambert said he would prefer the service be provided and managed by private sector companies’ equipment, but suggested the toll road could provide the corridor to do it.

Elizabeth Fleming with Defenders of Wildlife suggested, since internet service depends on subscribers, that the roads might bring in the numbers of residents needed to secure the service.

Brigman said Lakeland offered to lease fiber optic lines in order to bring in internet providers, but even then the task was too “capital-intensive” for small providers to bring in the internet.

Labbe said Winter Haven, though not a large city, has transformed in the last 10-15 years into a “hub” for internet service in central Florida, which helped bring in providers.

It would provide efficiency of scale, he said.

If the smaller community wanted to divest of their water system and tap another community’s lines, they could redirect funds toward other expensive services such as public safety.

Highlands County Commission Chair Ron Handley remarked Wednesday that he and his fellow commissioners are eager to see how this corridor takes shape.

“We’re anxious to get to the day when we do have a route to discuss,” Handley said, according to an M-CORES social media post. “We have some ideas and preferences that would suit us well to the road. [FDOT] assures us it’s coming and we’re holding our breath waiting.”

The next local event for the Southwest-Central Florida Connector is March 26, an open house set for 5:30-7:30 p.m. at the Bert J. Harris Jr. Agricultural Center Auditorium at 4509 George Blvd. in Sebring, the same place as Wednesday’s meeting.