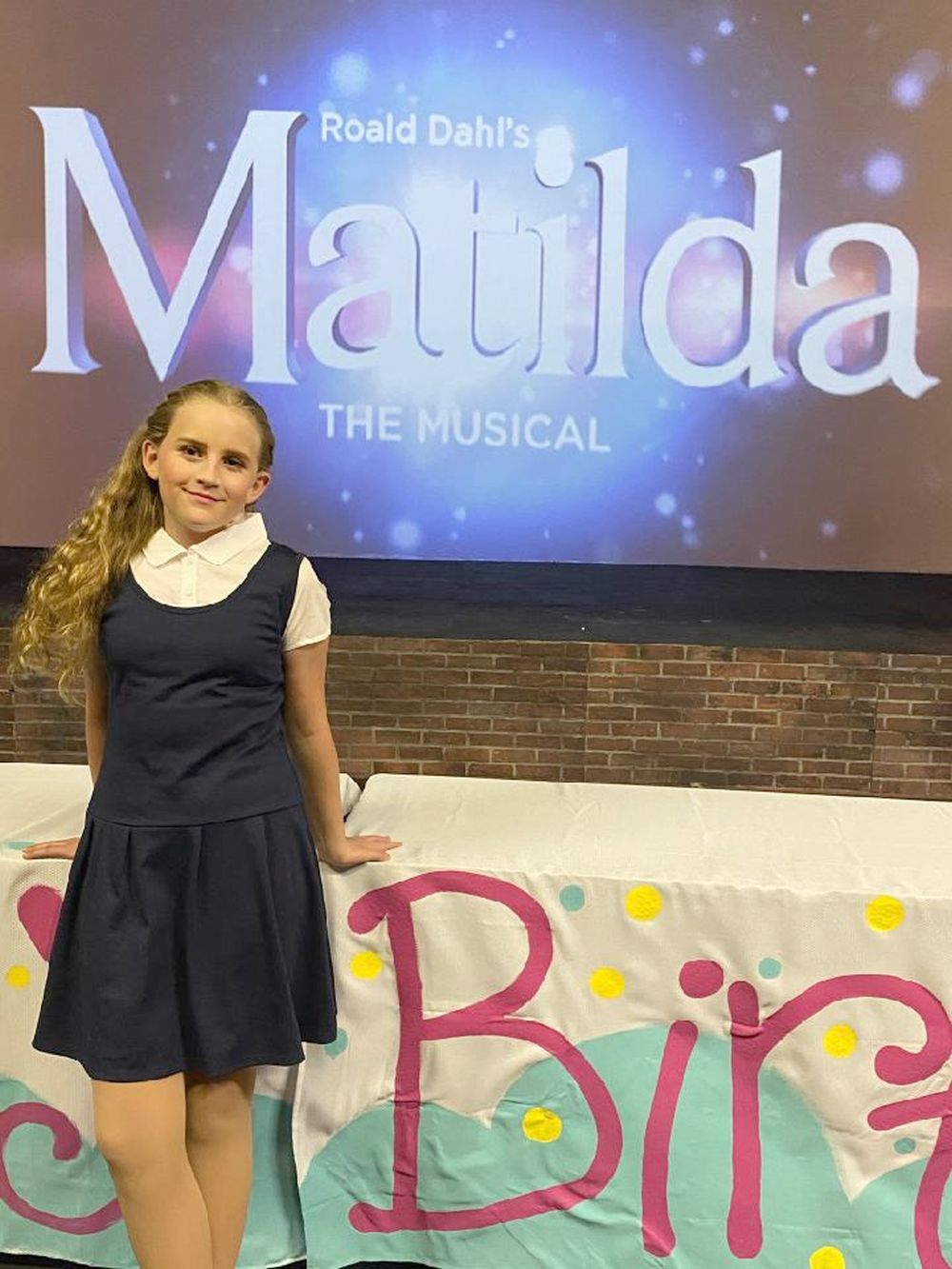 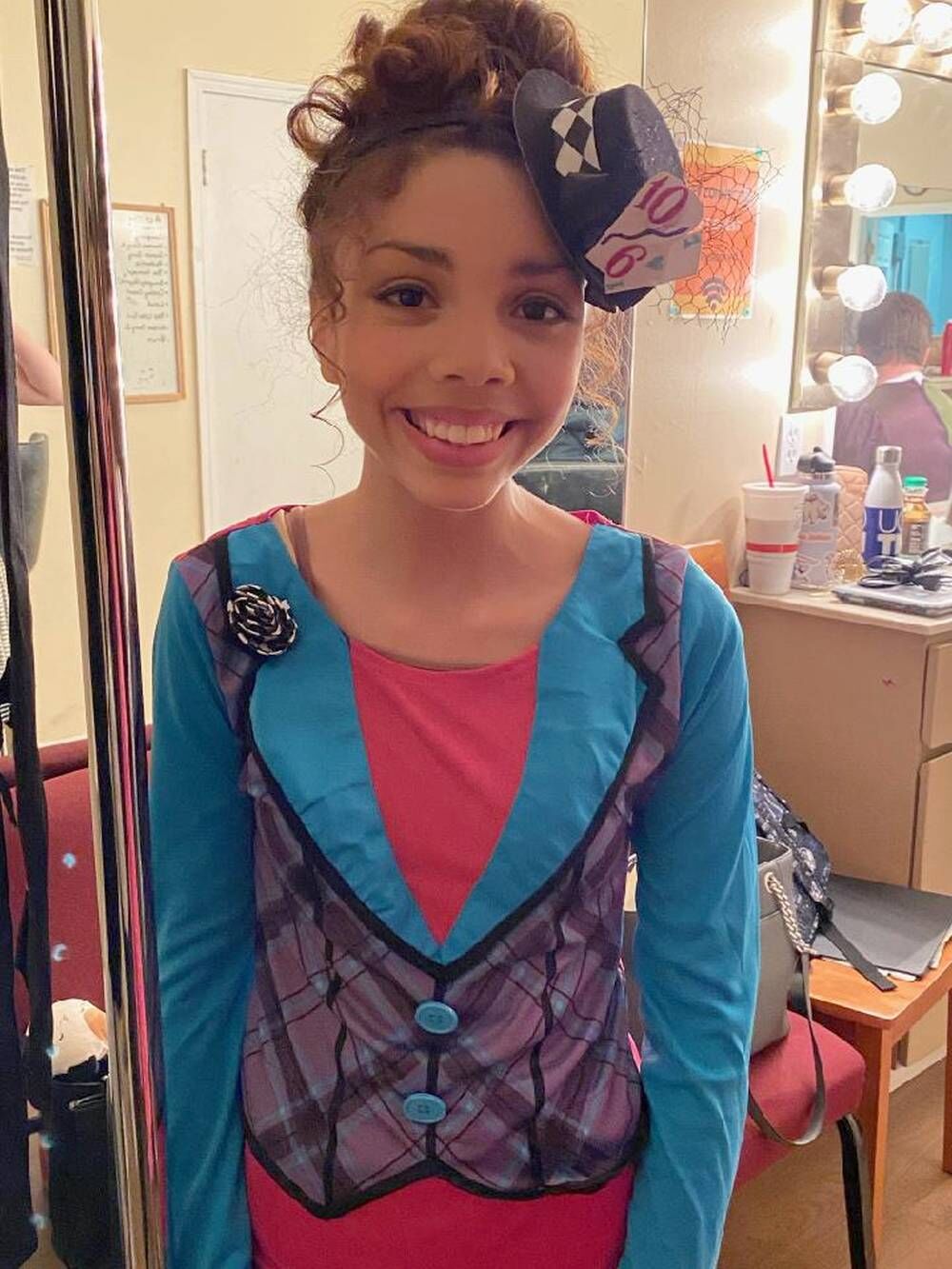 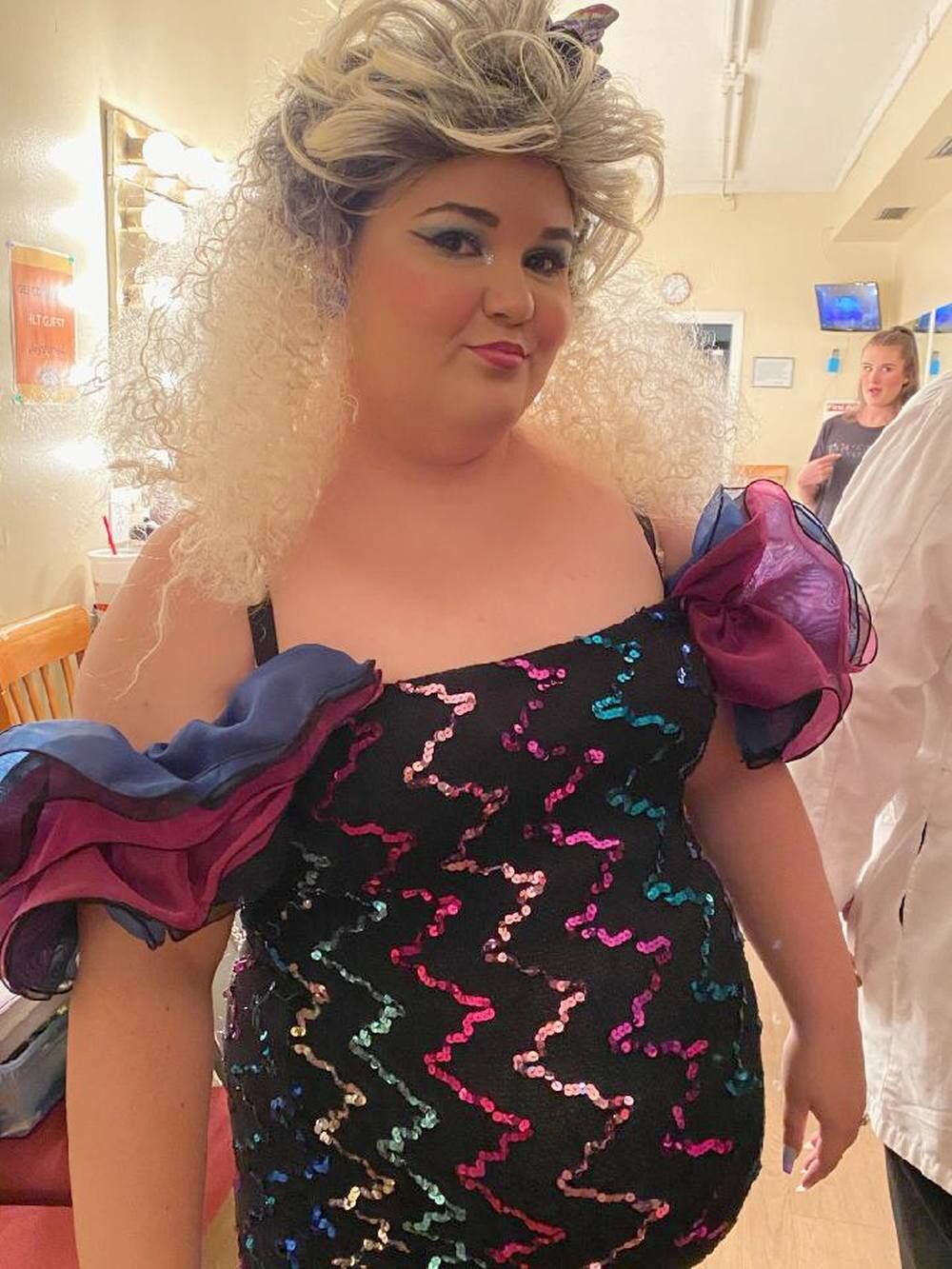 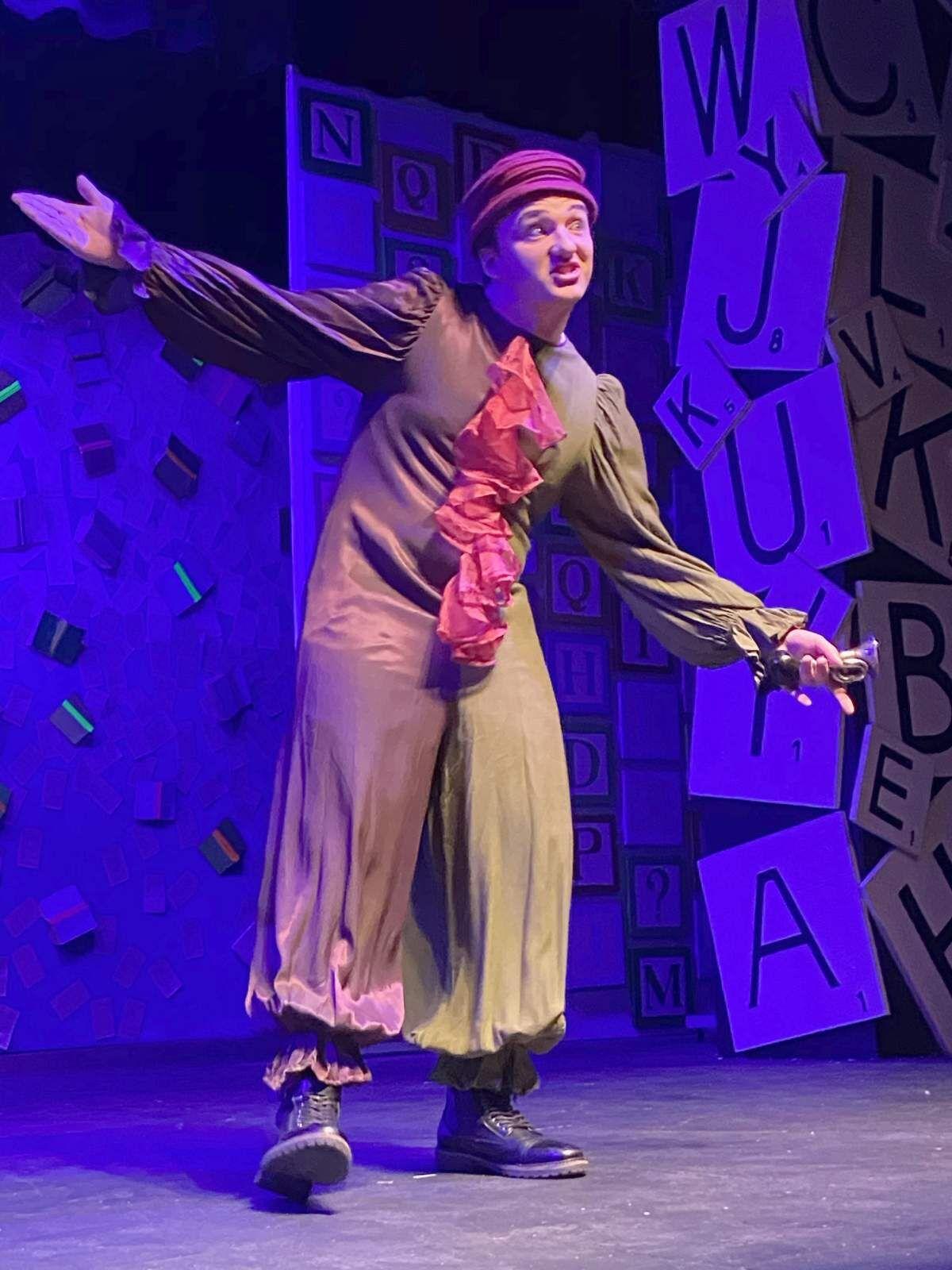 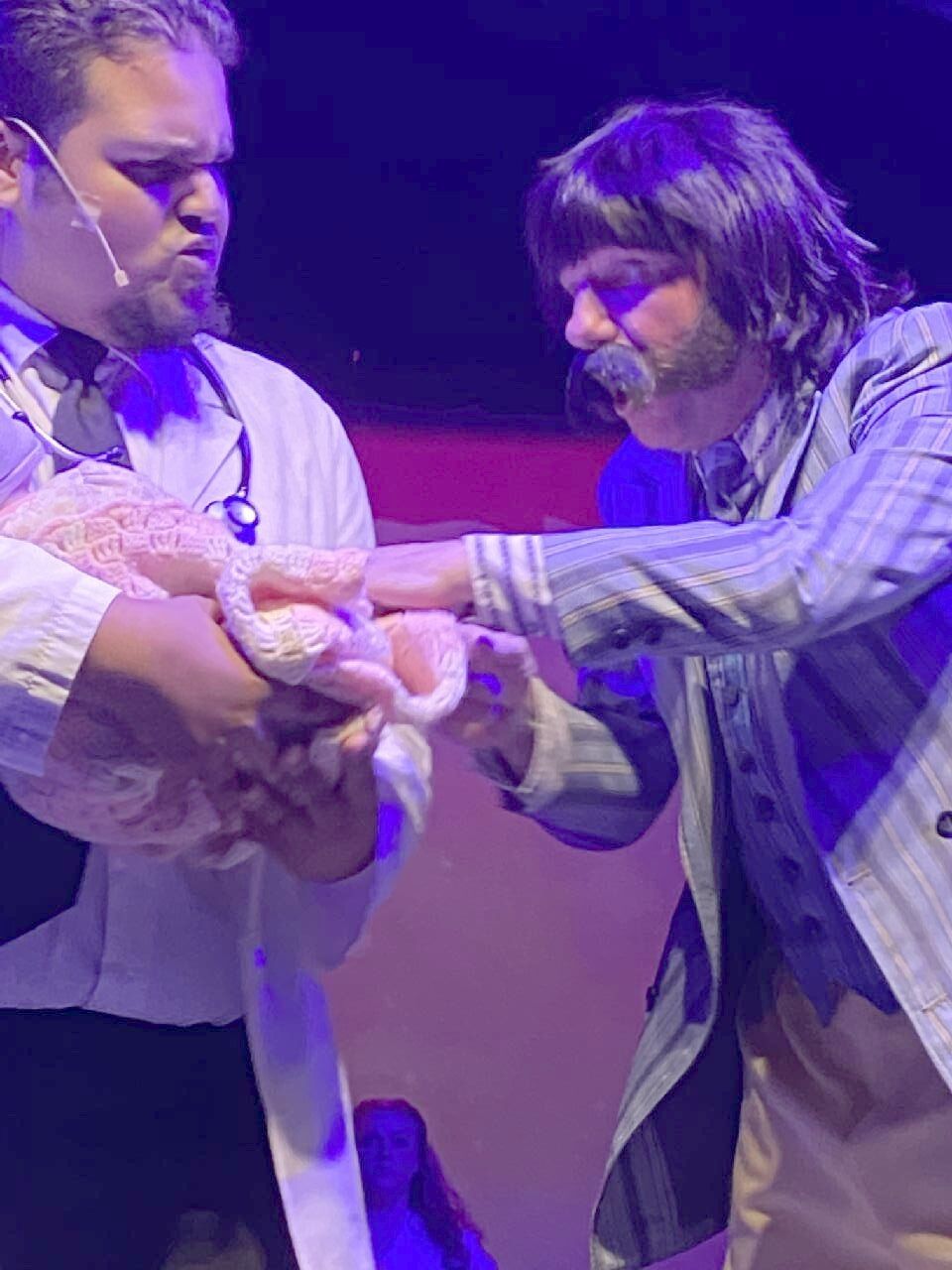 Jonatan Cruz-Rivera, who plays the doctor, and Rodger Smith, who plays Mr. Wormwood.

Jonatan Cruz-Rivera, who plays the doctor, and Rodger Smith, who plays Mr. Wormwood.

SEBRING — Highlands Lakeside Theatre is pleased to present ‘Matilda the Musical’ to the Blackman Stage. This is a very funny show with a large talented cast. Matilda is suitable for children age 6 and up.

Matilda is a precocious child with the gift of psychic abilities. She loves books and finds her refuge in the library. She reads at a very high level and even creates her own stories. One of which involves an acrobat and escapologist, that is weaved throughout the production.

Kayla Clay plays the lead in Matilda. “I’ve been doing theater for about six years. I played Matilda in my school play in Miami a few years ago. I really like her. She is very smart and mischievous. She is decisive and makes things right without any hesitation.”

“Amanda Thripp is a very girly girl,” said Margaret Stephens who plays Amanda. “She wears pigtails which are important in the play. I like her because she’s a sweet girl and this has been so much fun!”

There is also a large ensemble cast of talented young people. The play is directed by Tracey Schuknecht and Laura Wade. Other support staff include Tom Staik (production), Christi Hagen and Nelly Ford (music) and Jennifer Westergom and Cassady Hitt (choreography).

Matilda’s parents are neglectful and somewhat abusive. Her mother obsesses with dancing, and her handsome instructor Rudolpho, and is distressed to find herself pregnant with Matilda. “I already have one of those at home. I don’t need another!”

The ‘other’ is Matilda’s lazy older brother Michael who is always found slouching in a lounge chair.

Mr. Wormwood is a shady used car salesman who loves deceitful deals and TV shows. He is upset when Matilda is born and continues to call her ‘boy’. He will not acknowledge that she is a girl.

When Matilda starts school she meets the timid and sweet Miss Honey, her teacher. She also has to deal with the tyrannical and cruel headmistress, Miss Trunchbull, played by Amanda Mercer. Her school motto is ‘children are maggots.”

Matilda has had to stand up to adults her whole short life. While discovering her own remarkable powers she helps others learn many important life lessons.

What happens to Miss Honey, to headmistress Trunchbull and to her family?

Looks like you’ll just have to get your tickets to find out!

Matilda runs through June 20. Tickets can be purchased online at www.highlandslakesidetheatre.org or by calling the box office at 863-382-2525.

Performances are on Wednesday, Friday and Saturday evenings at 7:30 p.m. and Sundays at 2:30 p.m.