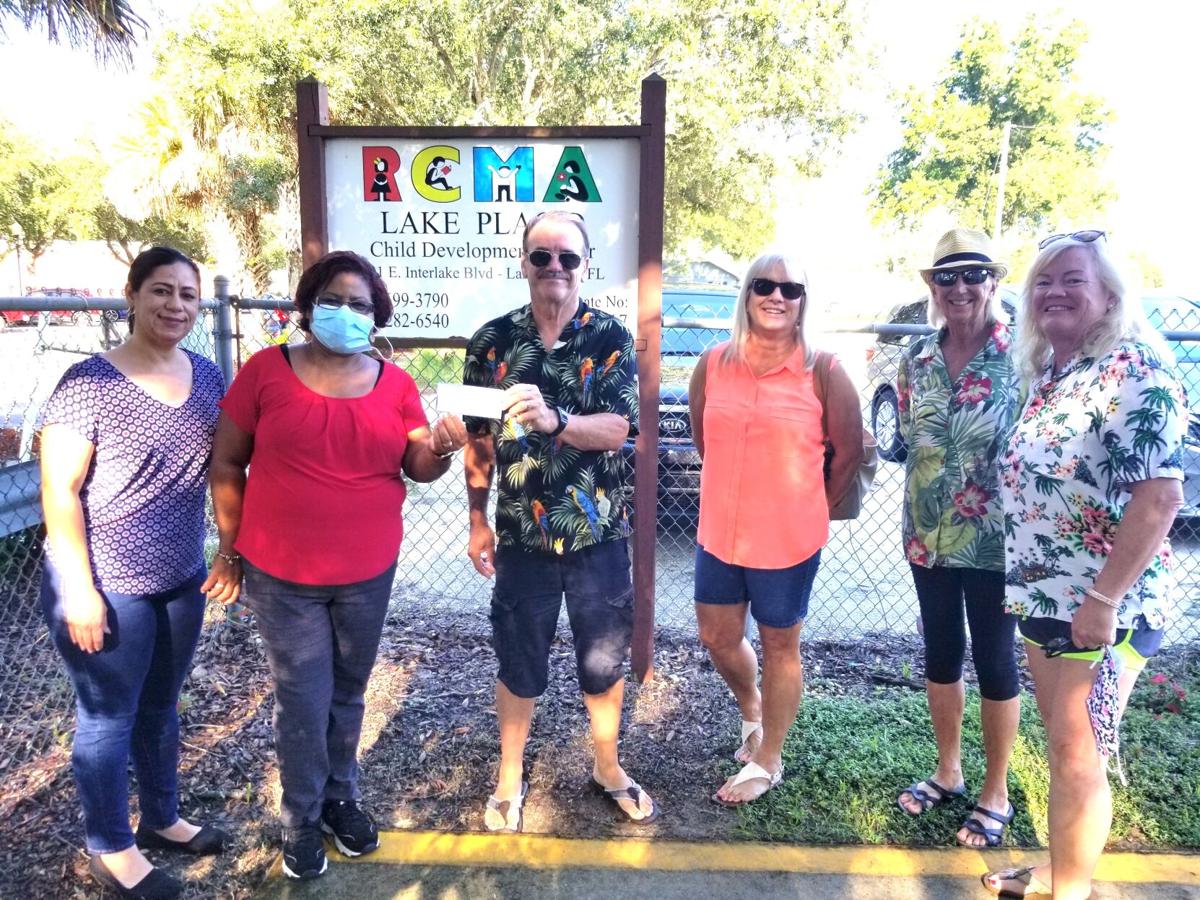 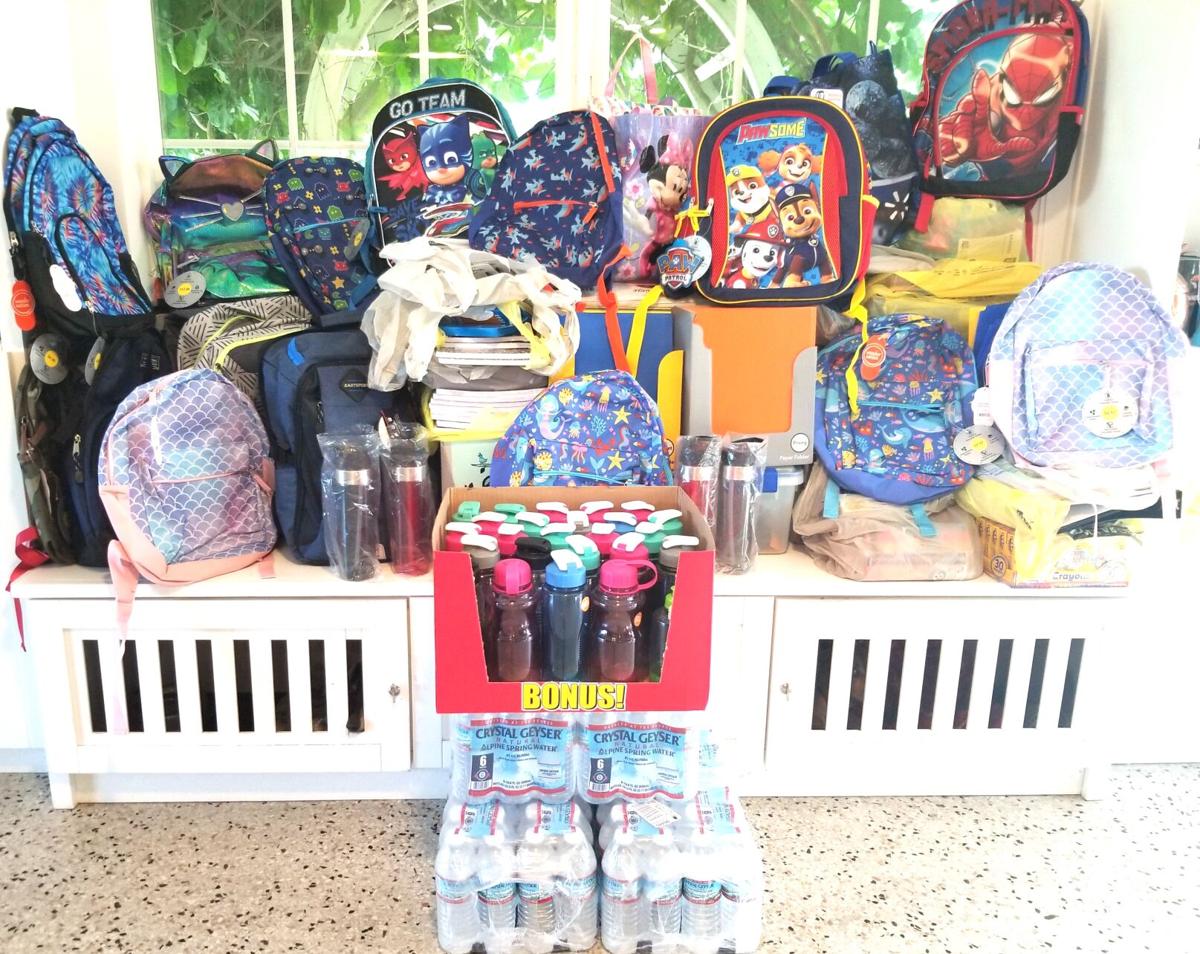 For the month of August, the Heartland LakeSharks Parrot Head Club donated school supplies to the School Board of Highlands County that were collected during that month’s Phlocking. September’s Phlocking is scheduled for Sept. 27 at Caddy Shack Bar & Grill in Sebring. 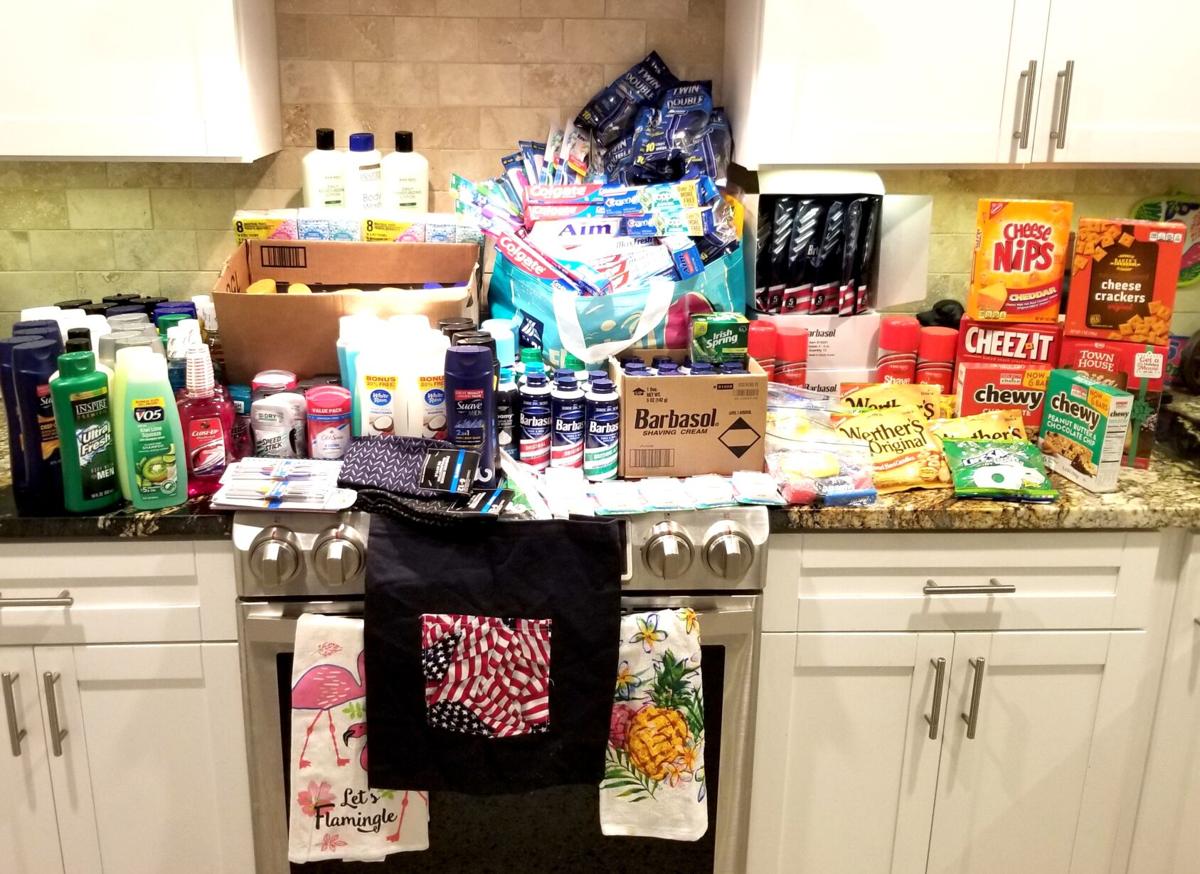 For the month of August, the Heartland LakeSharks Parrot Head Club donated school supplies to the School Board of Highlands County that were collected during that month’s Phlocking. September’s Phlocking is scheduled for Sept. 27 at Caddy Shack Bar & Grill in Sebring.

SEBRING — Much like the title of Jimmy Buffett’s new album, living in the time of COVID-19 has been like Life on the Flipside.

Social gathering restrictions and limits to the number of patrons in restaurants and bars have all led to changes across the board. But despite it all, the Heartland LakeSharks Parrot Head Club has continued to serve the community of Highlands County and usually to the sounds of Jimmy Buffett and Trop Rock.

The Club holds monthly meetings for its members called Phlockings. These meetings see Trop Rock artists brought in for members and guests. More than an excuse to party, the Club also collects items for local charities.

Started in 2014, the Club selects charities based on suggestions from its members. “Once a charity is identified, our board of directors investigate the charity to determine the need and if it fits what we can offer,” said Howard.

A new charity for the Club this year was St. Jude Children’s Research Hospital. At the January Phlocking, the Club raised and donated $2,700.

“Our primary concern is the well-being of our members and the public who might attend a Phlocking,” said Howard. “We try to make it clear that due to the virus situation we might be forced to cancel any event on short notice.”

Many of the charities also have their own guidelines, meaning the Club must make sure that the charity will accept the items they collect.

For the March Phlocking, the Club had planned to make Easter baskets and hand-deliver them to various organizations around Highlands County. “When the virus hit there was a lot of confusion as to how we could safely hold a Phlocking, prepare the baskets and safely deliver them,” said Howard. “Therefore, we canceled all planned activities.”

The Club faced a similar situation in April but by May they were confident enough to hold another public Phlocking and ended up collecting 190 pounds of items used to make ditty bags for veterans. The bags were produced by Finishing Touches in Lake Placid and distributed to food pantries across the county.

By July the Club still had reservations about holding a public Phlocking at a local restaurant, so they held a private event at a member’s home instead, where they were outdoors and able to adhere properly to social distancing guidelines. “During this event, we collected 583 pounds of items for Peace River Shelters along with 1,040 pounds of food for Heartland Food Bank,” said Howard.

In the month of August, another private Phlocking collected 385 pounds of school supplies delivered to the School Board of Highlands County. For the month of September, the Club is going back to a public Phlocking.

On Sunday, Sept. 27, the Club will gather at Caddy Shack Bar & Grill in Sebring. “We do prefer public events where all fans of Jimmy Buffett and the Trop Rock lifestyle have a chance to join us,” said Howard. The Club welcomes the public to the September Phlocking and will accommodate as many as they can while still maintaining social distancing guidelines. Information on the Club can be found at HeartlandLakeSharksPHC.com.

Howard and the Heartland LakeSharks are proud that they have been able to continue to operate at any level and continue contributing to their favorite charity organizations. “We believe that these organizations have greater needs than ever before,” said Howard. “Sometimes, there are unexpected triumphs. For example, one couple in our Club donated $1,200 to the Golden Corral in Lake Placid to help them continue to feed the hungry and a group of us won a $500 attendance award on a February cruise which we just donated to RCMA in Lake Placid. Makes us all feel good.”