Construction nearing completion at Nucor prior to the Dec. 18 startup of production. 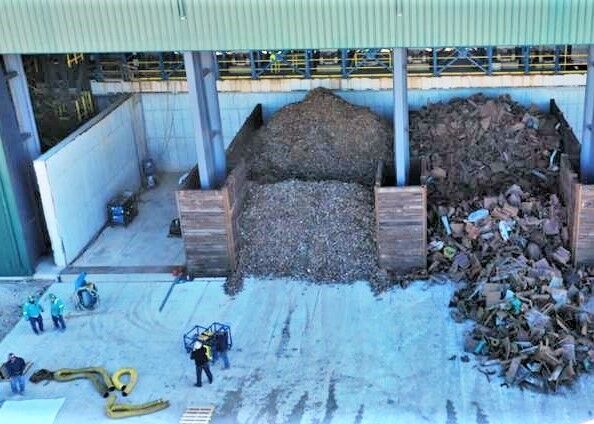 Construction nearing completion at Nucor prior to the Dec. 18 startup of production.

The mill, just north of the Highlands/Polk County line and east of U.S. 27, began operating on Dec. 12.

The Nucor Steel Florida team will ramp up production through the first quarter of 2021, according to a press release.

The mill will utilize the abundant supply of scrap metal in Florida to recycle into new steel products that will supply the region’s construction market.

Nucor Steel Florida’s 235 teammates will annually produce up to 350,000 tons of sustainable rebar products that will contain nearly 100% recycled content.

“We congratulate the entire Nucor Steel Florida team for their hard work during the pandemic to start up this project on schedule and for completing this project safely,” the press release stated.

Mayor Garrett Anderson said, “It has been a while in the making, but I’m thrilled to see production has begun.

“This plant will not only produce products that our community and state need, but employ generations of homegrown citizens as well. Nucor has been great to work with and hopefully will be only the first of many great companies to arrive in our area.”

Councilwoman Maria Sutherland was pleased to hear the plant was now operational. She had hoped it would have started sooner, because it seemed they needed to get started sooner, but is glad it is moving along.

Initially it was announced the mill would begin production in July 2020, but production was rescheduled to start in the forth quarter of 2020.

While Nucor refers to the mill’s location as Frostproof, it is much closer to the City of Avon Park, which provided water and sewer utilities and the new electrical lines to provide the power literally run through downtown Avon Park.

In June 2018, the Central Florida Development Council touted Polk County being picked for the mill’s location.

Drew Wilcox, vice president and general manager of Nucor Steel Florida, said Polk County was the company’s No. 1 choice, after looking at sites from Miami to South Carolina. The reasons are tied into the three things that make this type of micro mill work:

• It has to be close to the scrap metal it buys to save on freight. With 650 Nucor-related employees already in Florida, including some in the recycling business, locating in Polk County made sense.

• The company has to have a low-cost production plan.

• It needs to be close to its consumer base, also to save money on freight. The biggest markets for rebar, which is what the micro mill will produce, are from Tampa to Orlando and south to Miami.

Wilcox also said three other factors contributed: The plant has heavy energy load and Duke Energy is nearby, the site is close to a major highway – U.S. 27 and it’s also close to rail (on CSX line).