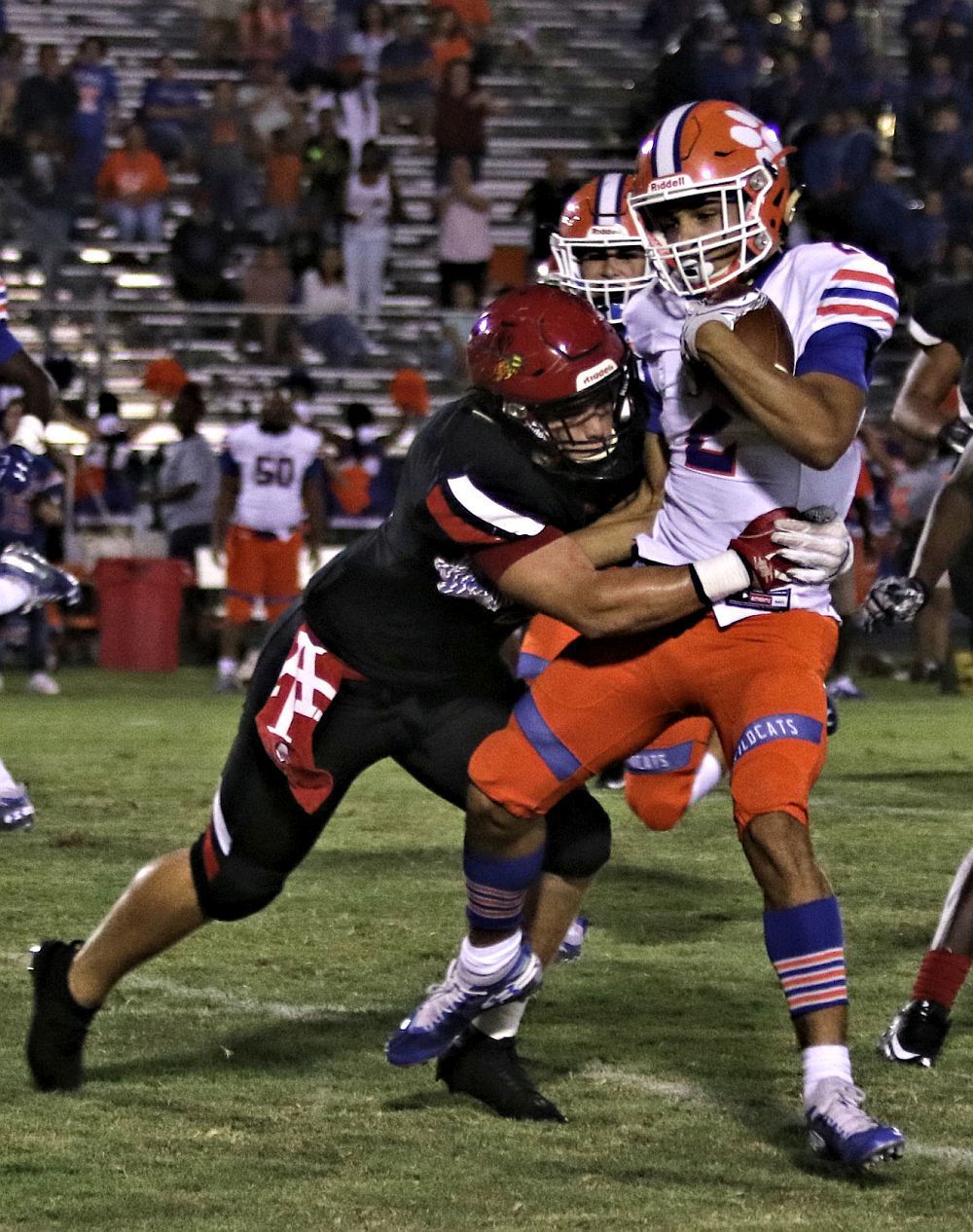 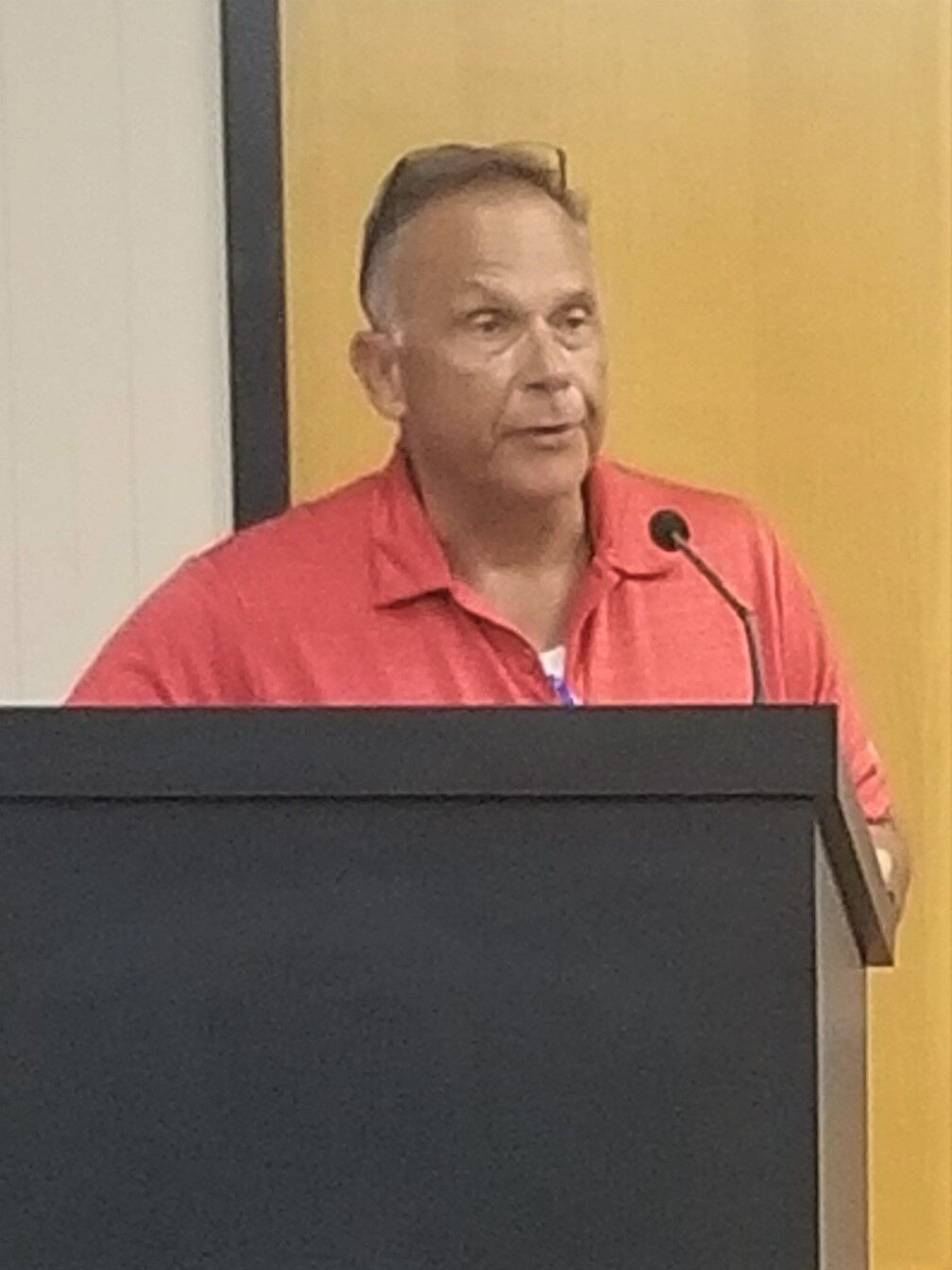 District Director of Safety and Security Michael Haley speaks about starting the team sports programs at Wednesday’s special meeting of the School Board of Highlands County. 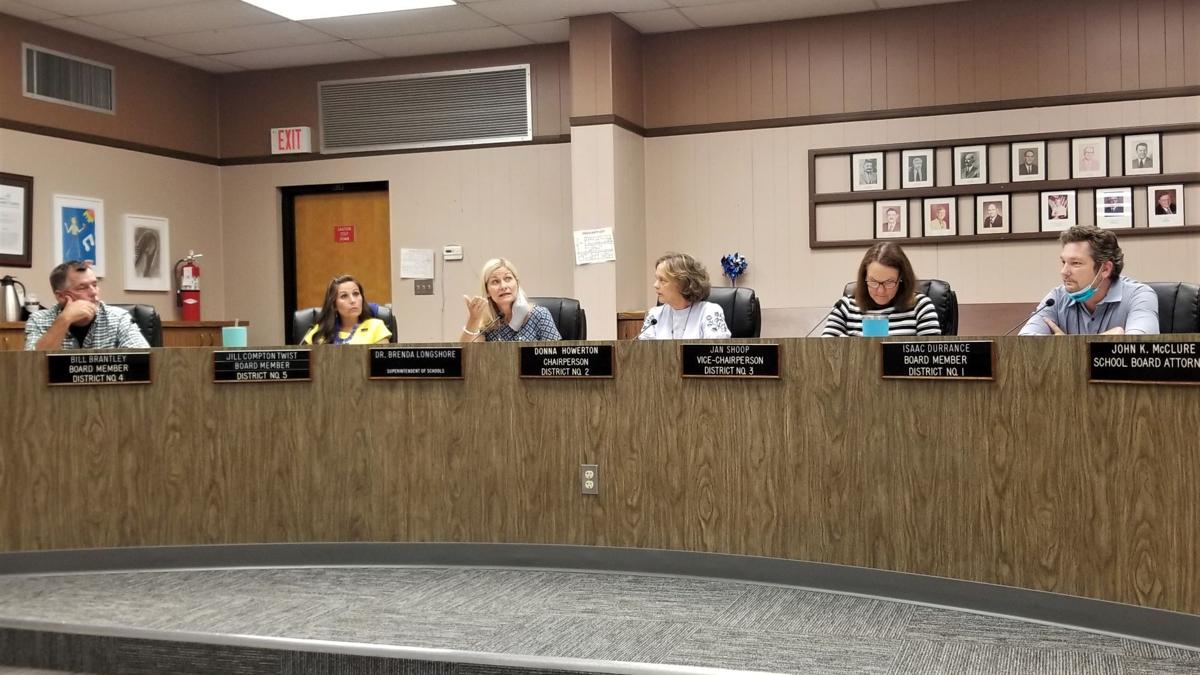 Superintendent Brenda Longshore and The School Board of Highlands County at Wednesday’s special school board meeting on starting the team sports programs.

District Director of Safety and Security Michael Haley speaks about starting the team sports programs at Wednesday’s special meeting of the School Board of Highlands County.

Superintendent Brenda Longshore and The School Board of Highlands County at Wednesday’s special school board meeting on starting the team sports programs.

SEBRING — County high school sports teams will start practicing soon and preparing for competitions with The School Board of Highlands County approving the county’s sports task force’s recommendation to start practices on Aug. 31

The Highlands County Athletic Task Force met Monday and discussed the district’s preparations for fall sports, he said. The Task Force proposed starting a week later on Aug. 31 to give more time to see how things are going in the schools and see if there are any positive cases, he said. It would allow an extra week to get things going on the ball fields.

Haley said the competition start dates would be Sept. 12 for bowling, cross country, swimming and volleyball; Sept. 18 for varsity football, which would provide three weeks of practice with pads. Then junior varsity football would start a week later on Thursday, Sept. 24.

All coaches will be required to complete the National Federation of State High School Associations course, COVID-19 for Coaches and Administrators, he said.

Haley noted the number of possible competitions based on the Aug. 31 start date: football — eight games if no bye week, volleyball — 12 to 14 matches, bowling — nine to 10 matches (depending on east coast), golf — eight to nine matches, cross country — seven to eight meets, and swimming and diving — eight to nine meets.

The Highlands County Athletic Task Force will have another meeting to discuss other considerations and challenges with the opening up of fall sports, Haley said.

The decisions to be considered include: the capacity for spectators, masks (if they will be required), temperature checks, social distancing of athletes, seating design for spectators, packaged food at concessions, seating for transportation and locker rooms.

Some school districts would not allow Highlands to travel to their county because they are only playing in-house in their areas.

“So we might not even have enough teams to play, where we start playing ourselves [within the county] and that’s the things we are looking at,” Haley said.

Dr. Brenda Longshore, school superintendent, said the medical advisory board that worked with the Florida High School Athletic Association recommended a few weeks time from the start of school until the start of competitions. Many school districts are not starting school until Aug. 31, so they could start sports later in the year and extend their season and perhaps not participate in a state championship, she said.

The graduation ceremonies worked well so the district has some experience to build on so the football fields can be marked to provide distancing for families, Longshore said.

“All of those things need to be given some great consideration, so we can do this very safely and making sure that safety is our first concern,” she said.

There were no comments from the public and the School Board voted unanimously to approve the Highlands County Athletic Task Force’s recommendation of an Aug. 31 start date for sports practice.

After the meeting, Lake Placid High Athletic Director Jason Holden said, “We are really excited about this. We feel the kids are safe. We feel we can do the things to keep the kids safe. I know this is where the kids want to be and where we want to be also.”

The student athletes are going to be excited to hear they can get started, Holden said. “They have been working really hard for a really long time and waiting for this moment.”