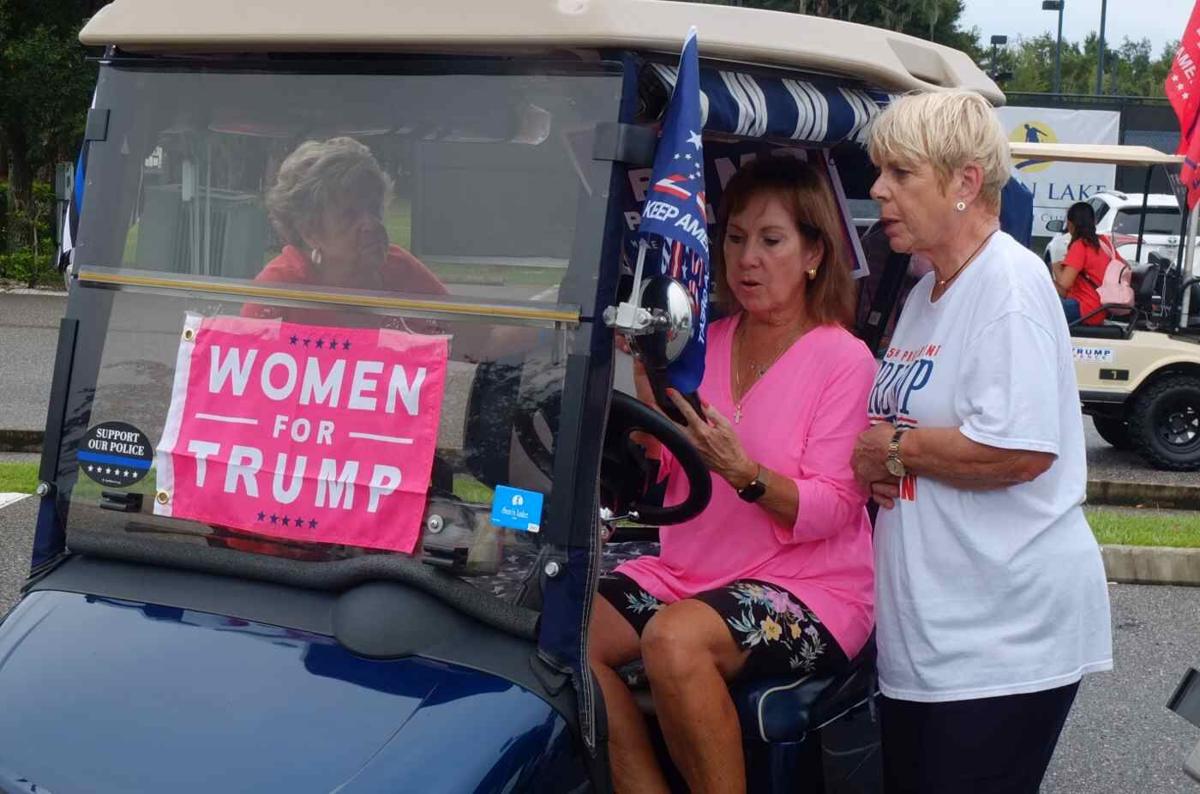 Going over last-minute details before the golf cart parade. 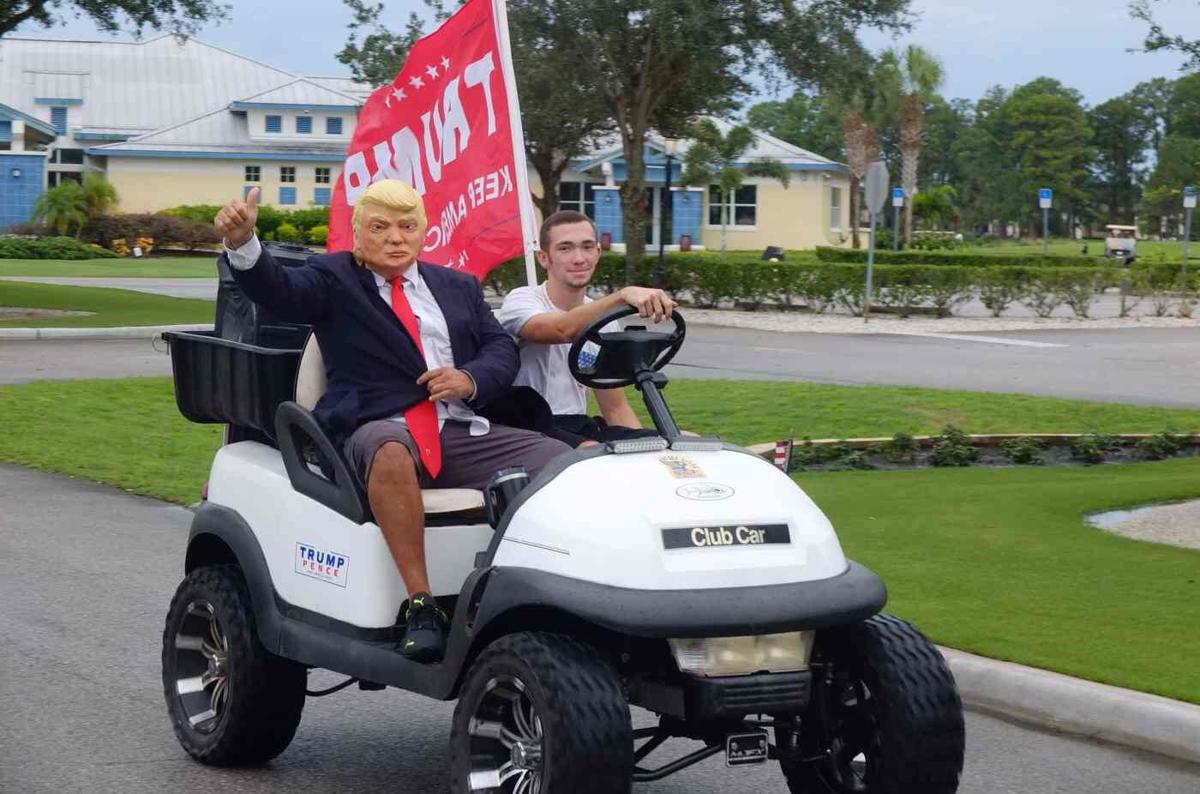 Riding along the parade route. 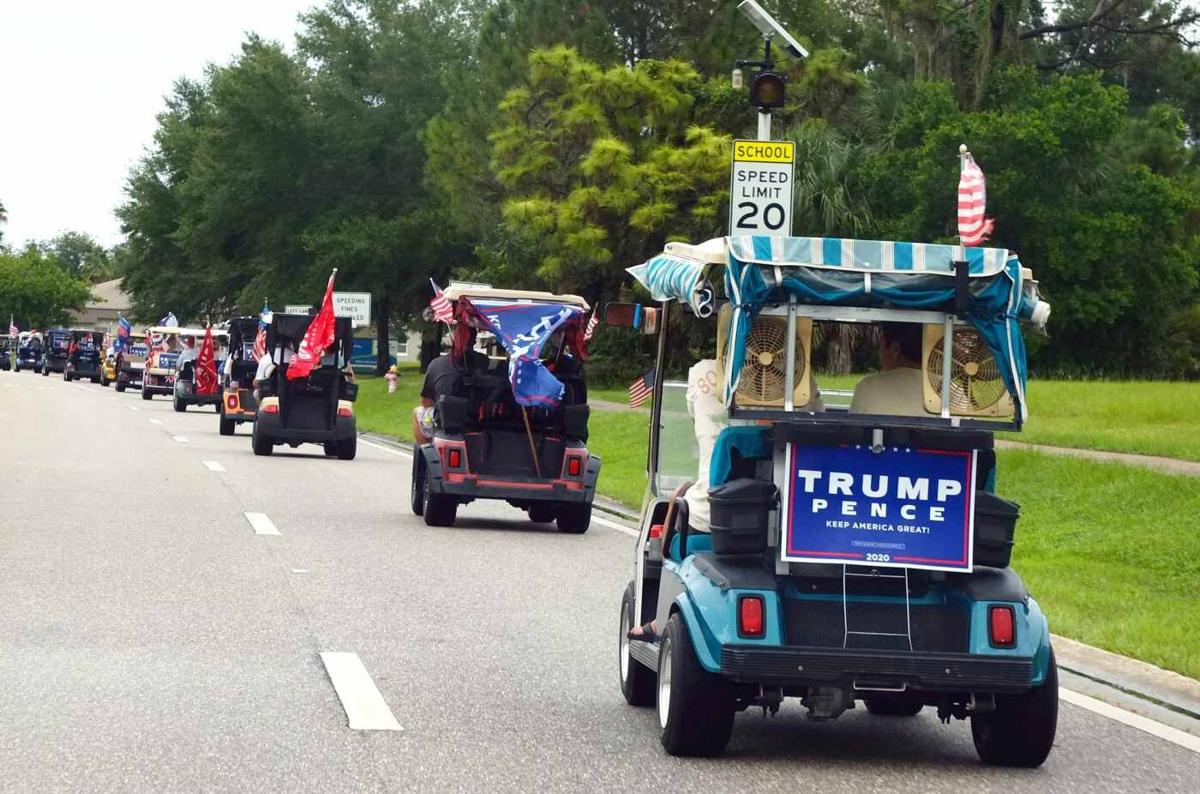 Going over last-minute details before the golf cart parade.

Riding along the parade route.

In the golfing community of Sun N’ Lake in Sebring, golf carts are a normal everyday vehicle to see. The golf cart, defined by Merriam-Webster, “is a small cart used by golfers to carry a golf bag or bags around a golf course.” If one resides in a golfing community, particularly Sun N’ Lake, you will notice that the golf cart is used for many other endeavors, such as taking a day trip to the Sun N’ Lake Preserve or the yearly Halloween neighborhood touring. Sunday evening the locals witnessed something else.

At the Sun N’ Lake Clubhouse parking lot at 6 p.m., about 50 golf carts where lined up, the drivers showed up not for a round of golf, but to gather with other “Trump for 2020” enthusiasts for a political parade. The vehicle of their message, the golf cart. The participants decked out their carts with Trump/Pence signs, American flags, some with their family dog and Donald Trump, Mr. Cooke in a President Trump costume. Organized by Mr. Cooke and his team from the “Neighborhood Trump For Victory,” they paraded around the neighborhood of Sun N’ Lake.

“The route lasted an hour,” Mr. Cooke said. “We went down to the Preserve, Woods and Irons area, came back around Sun N’ Lake Boulevard, then to Viscaya around the front side of Sun N’ Lake Capri down to Granada and into Manor Hill.”

While the group traveled along the route most locals where also happy to see the parade, Mr. Cooke said, “Lots of people ran out of their homes with thumbs up and some waved Donald Trump signs.”

If you missed the event, stay tuned another Trump Golf Cart Parade event is scheduled in Sun N’ Lake on Oct. 18 and one may be planned in a neighborhood near you.