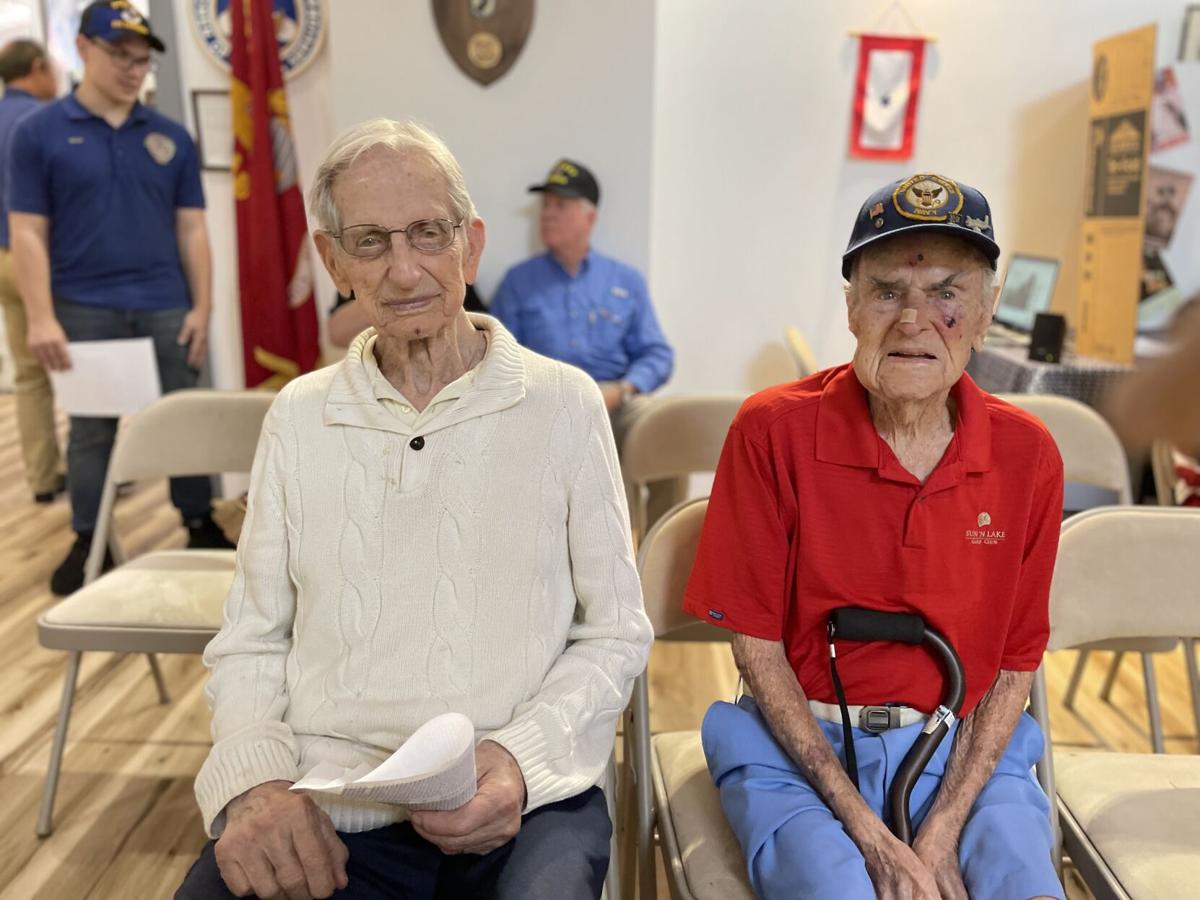 These two centenarians are World War II veterans and heroes. From left: Jack Moore, who was in Pearl Harbor on the day of the attack, and Delbert “Del” Smith, who enlisted in the Navy soon after Pearl Harbor. 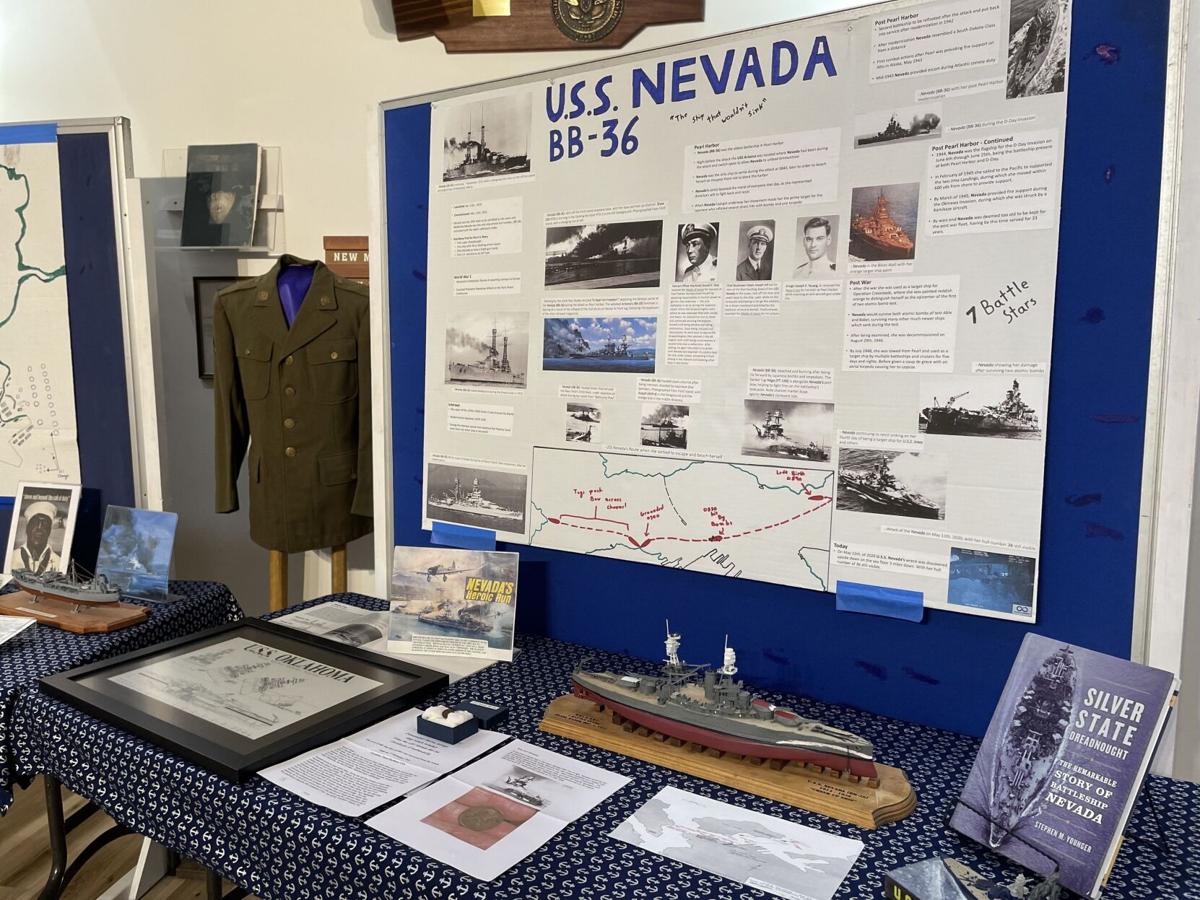 Several displays were exhibited for the 80th anniversary of Pearl Harbor on Tuesday at the Military Sea Services Museum. 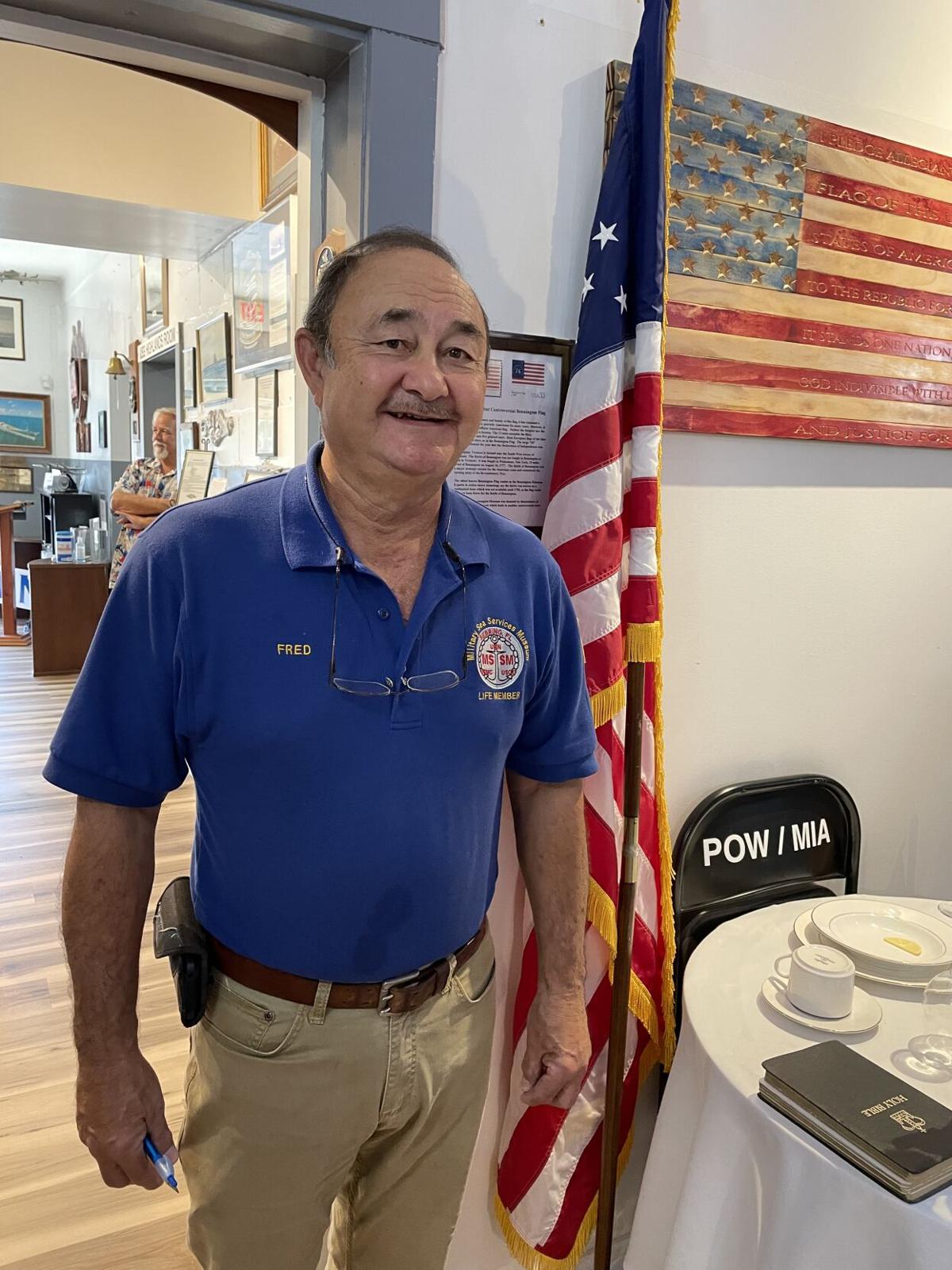 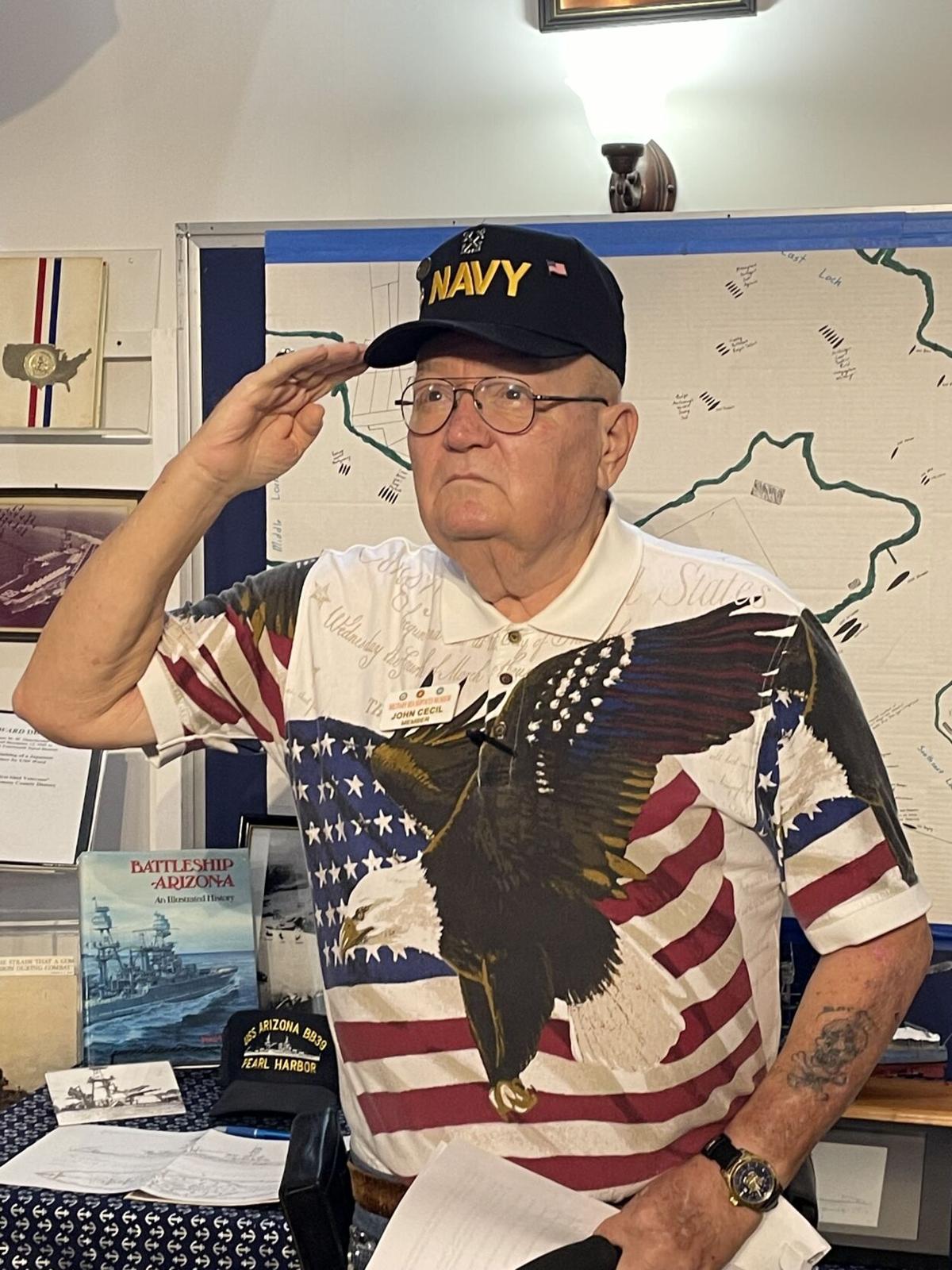 These two centenarians are World War II veterans and heroes. From left: Jack Moore, who was in Pearl Harbor on the day of the attack, and Delbert “Del” Smith, who enlisted in the Navy soon after Pearl Harbor.

Several displays were exhibited for the 80th anniversary of Pearl Harbor on Tuesday at the Military Sea Services Museum.

SEBRING — “Air Raid, Pearl Harbor. This is not Drill!” This alarm went over the to fleet units just before 8 a.m. on the morning of Dec. 7, 1941. The Military Sea Services Museum created a special exhibit in which the quote was displayed prominently at the Pearl Harbor Remembrance Ceremony on Tuesday, the 80th anniversary of the “day of infamy.” On Aug. 23, 1994, Congress designated Dec. 7 Pearl Harbor Remembrance Day.

The museum also had the honor of recognizing two American World War II heroes in attendance, centenarians Delbert Smith and Jack Moore, a retired chief gunner’s man with the United States Navy who was actually stationed at Pearl Harbor on that infamous day. These men are part of the Greatest Generation and are some of the few left who can tell their tales of war and life.

“They did a lot of research,” Moore said as he looked at the displays. “A lot of work went into that.”

Museum curator Fred Carino stood in front of an audience dressed in patriotic clothing and introduced the emcee for the event, museum president John Cecil. Cecil welcomed the group and then signaled to strike eight bells signaling the end of watch.

The veterans in the audience saluted the flag, while others placed their hands over their hearts during the national anthem.

Cecil gave a brief look into the horrors of the surprise attack from the Japanese that fateful morning that would see 2,403 servicemen and civilians killed. Along with the deaths, there were 1,178 people injured.

Cecil said it was the USS Nevada’s duty to fly the morning’s colors that day. However the attack on the fleet at 7:55 a.m. interrupted the band during “The Star-Spangled Banner” when the men were informed they were not in a drill.

Cecil asked the guests to share their memories or feelings about Pearl Harbor.

“I just have one real vivid memory of that morning,” Moore said. “It came as a complete shock.”

He remembered going up to topside and to the stern.

“I saw this Japanese plane with a torpedo attached to its bottom. I watched the torpedo go across the bay and hit a battleship and then, I knew that we were at war with Japan. Needless to say it came as a complete shock.”

At the time, Moore was a 19-year-old seamen aboard the USS Sacramento, a patrol gun moored in the yard at Pearl Harbor on Dec. 7, 1941.

Smith, who was also spoke Tuesday, was a WWII veteran who joined the United States Navy after Pearl Harbor.

“It was pretty well over by the time I got there,” Smith said.

“Del was aboard the USS Hornet aircraft carrier and he was a dive bombing pilot,” Carino said.

Carino has documented some of Smith’s military life.

“It was in September 1944 that Del zeroed in on and sank a Japanese destroyer off the island of Davao in the Philippines,” he wrote. According to Carino, Smith said he was “just doing my job.”

The USS Arizona Memorial is the final resting place for the ship and 1,177 of its crew members. Visitors to Honolulu, Hawaii can tour the memorial built over the ship.

Nadine Tedstone told the Highlands News-Sun she has been to the memorial twice and has felt deeply moved each time. Both Tedstone and Carino say there is still oil seeping out of the ship to this day.