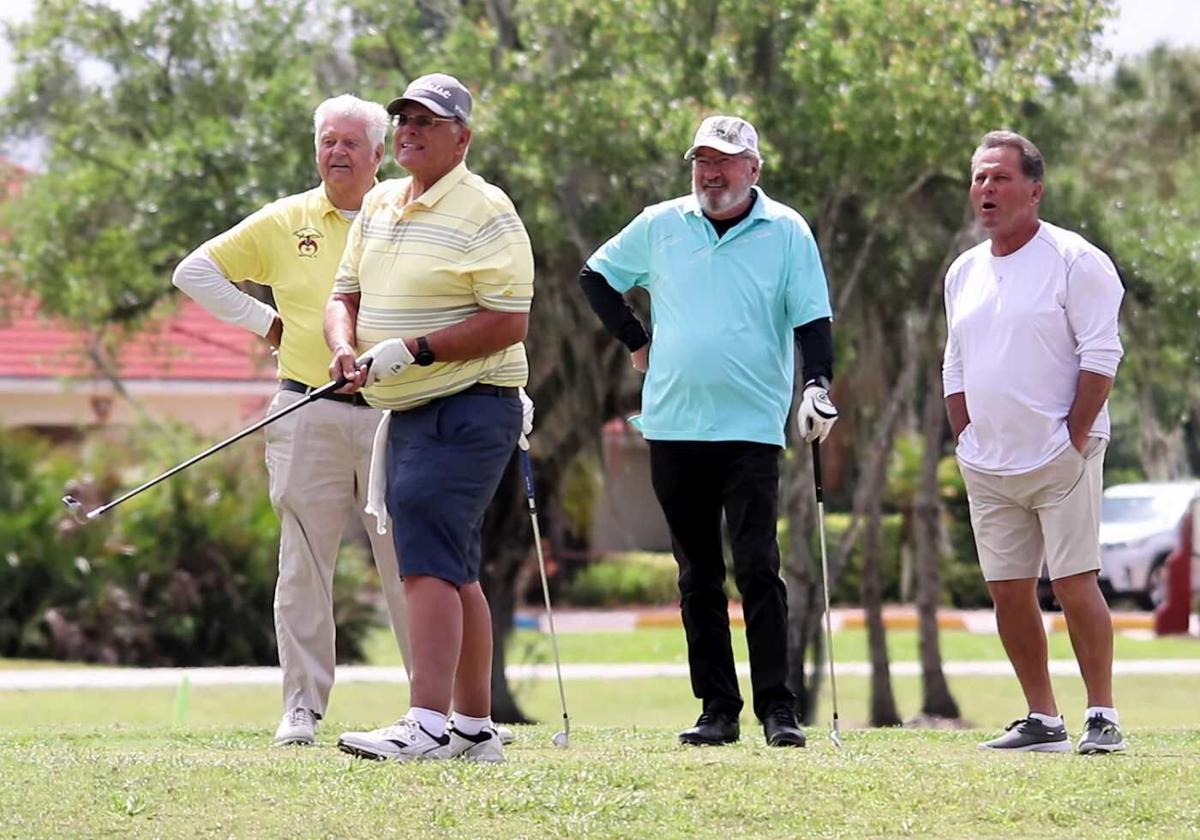 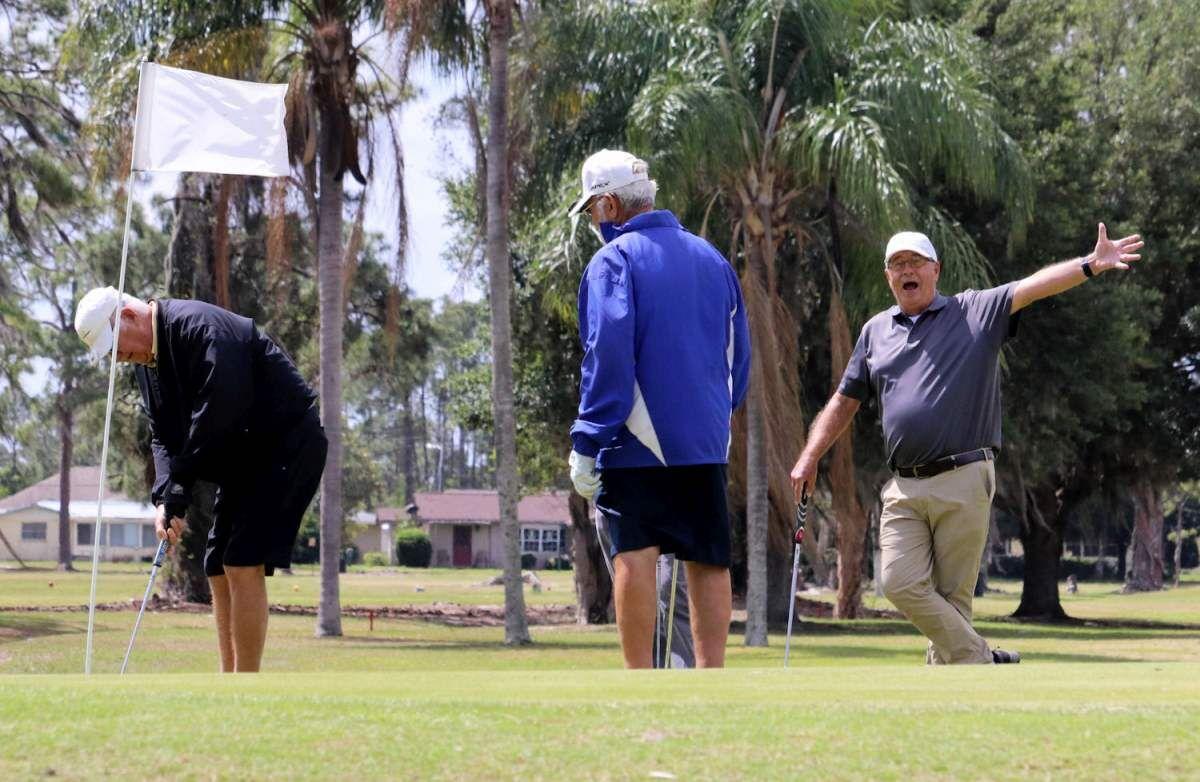 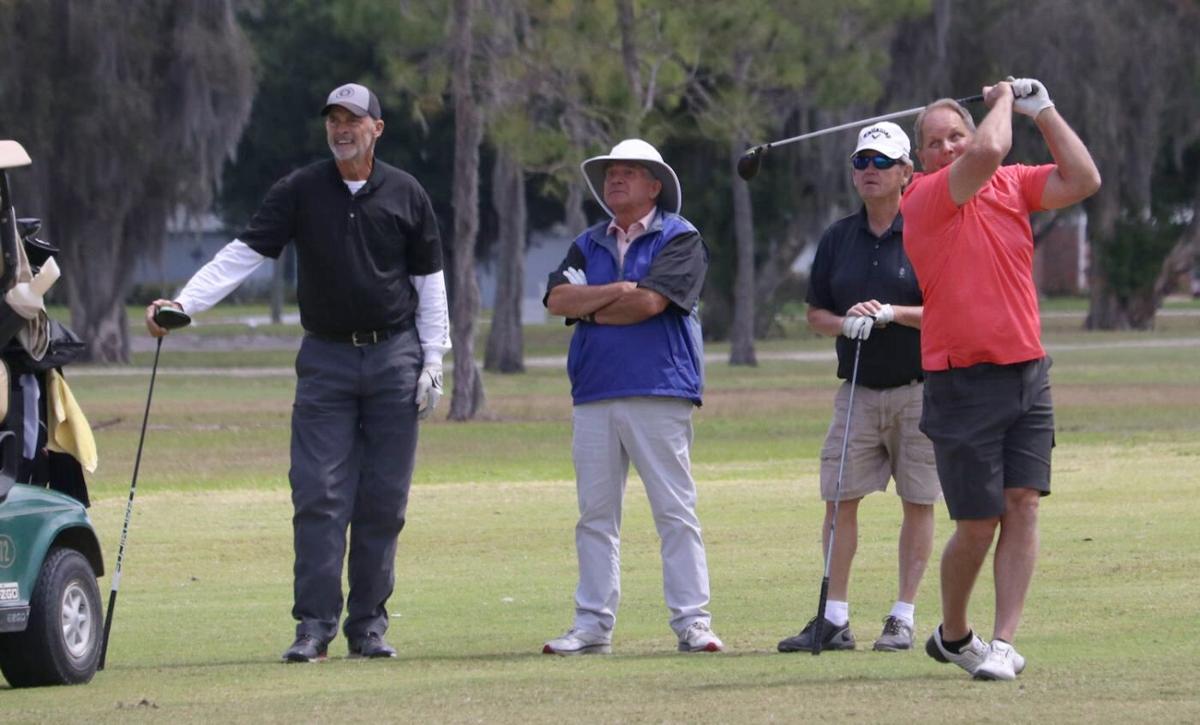 im Duthler, Kevin Kelly and Mike Liddle watch the fairway as Howard Vanderstow hits his fairway shot towards the green.

im Duthler, Kevin Kelly and Mike Liddle watch the fairway as Howard Vanderstow hits his fairway shot towards the green.

Coming out on top with a 15-under-par score of 57 was the foursome of Fred Blake, Charlie Carvantes, Nate Carvantes and Dave Onstead in a tight competition as only two points separated the top four teams and four strokes were the difference between first and fifth.

Finishing in second place, one stroke off the pace with a 14-under-par score of 58 were the foursome of Howard Craddock, Charlie Pine, Bill Eimer and Al Newman.

Two teams tied for third with a 13-under -ar 59 with third place awarded to Ken Barfield, Dennis Barfield, Ken Cook and Ron Laye and fourth place going to the foursome of Buddy Hodgdon, Jim Millar, Larry Musgrave and Mike Littell.

Finishing in fifth place, four strokes off the lead with an 11-under-par score of 61 was Jim Duthler, Mike Liddle, Kevin Kelly and Howard Vanderstow.

In sixth place was the foursome of Karla Hayes, Debbie Clayman, Dan Marshall and Paula Marshall with a 9-under-par score of 63.

Finishing in seventh was the foursome of Dave Kelly, Paul Kelly, Paul Morris and Terry Stafford with a 6-under-par 66.

Finishing in eighth and ninth respectively were the foursomes of Dennis Fisher, Brad Kolp, May Rountree and Kathy Traye with a score of 68, four under par; and Jim Clark, Sam Wilkin and George Crotten with a final score of 73.