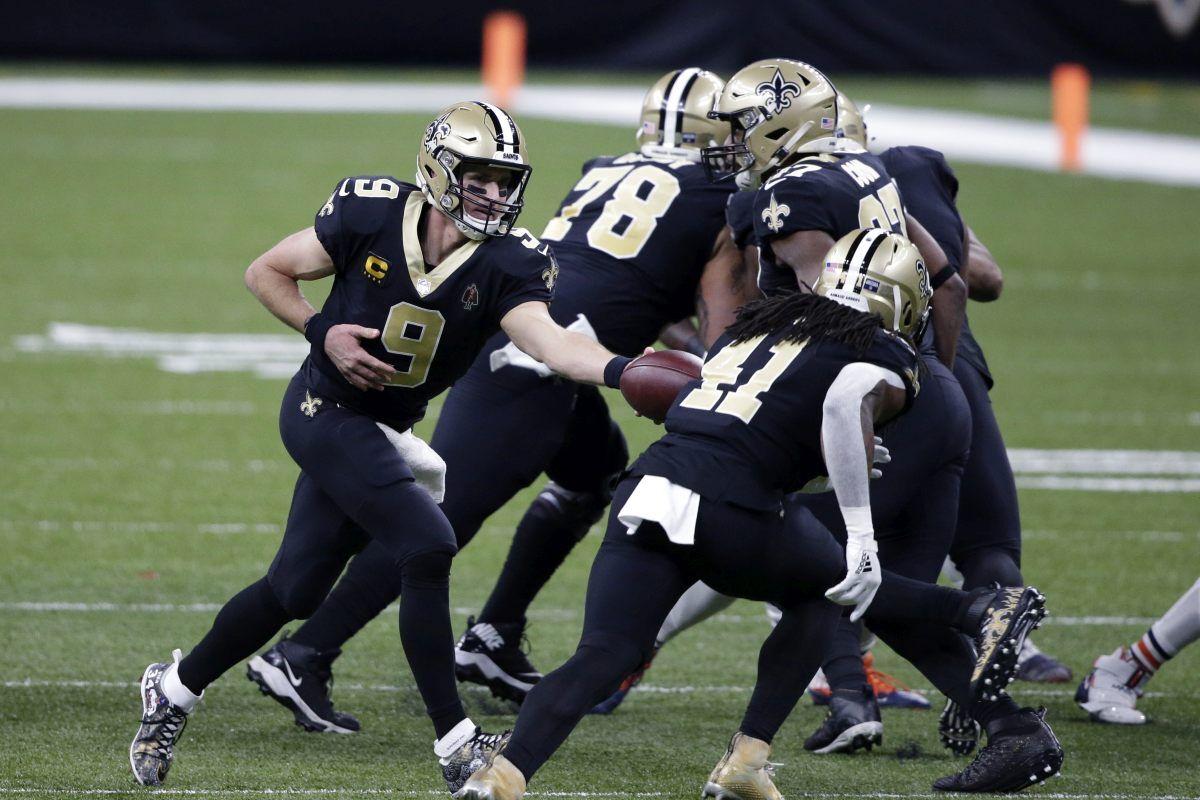 New Orleans Saints quarterback Drew Brees (9) hands off to running back Alvin Kamara (41) in the first half of an NFL wild-card playoff football game against the Chicago Bears in New Orleans, Sunday, Jan. 10, 2021. 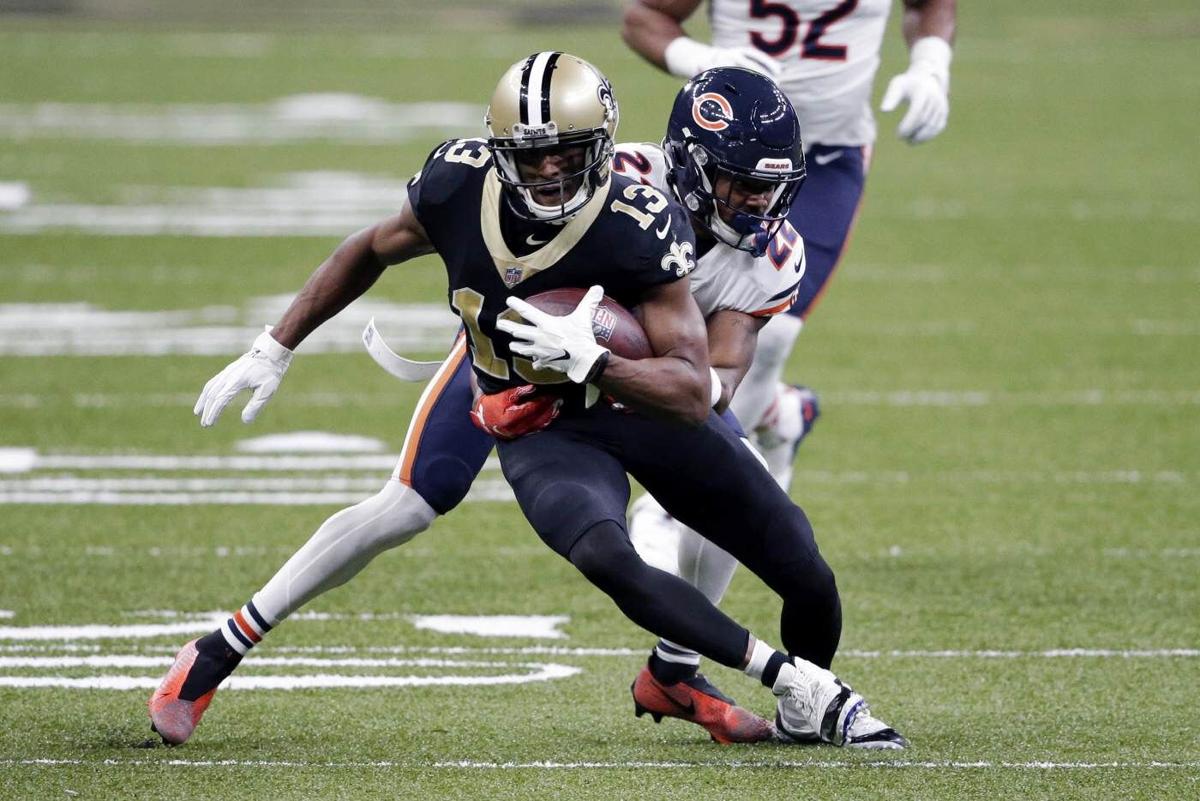 New Orleans Saints quarterback Drew Brees (9) hands off to running back Alvin Kamara (41) in the first half of an NFL wild-card playoff football game against the Chicago Bears in New Orleans, Sunday, Jan. 10, 2021.

NEW ORLEANS — Saints quarterback Drew Brees likes the way the health of the roster is trending at the most crucial time of year.

New Orleans’ victory over Chicago in the wild-card round of the NFC playoffs on Sunday marked the first time since Nov. 15, when Brees injured his ribs and lung against San Francisco, that the Saints’ record-setting QB had been on the field at the same time as top receiver Michael Thomas and dynamic running back Alvin Kamara.

Brees had to miss four games, and when he came back, Michael Thomas went on injured reserve and missed three. Alvin Kamara also missed the regular-season finale with COVID-19.

But all three pillars of the Saints’ offense were influential in their playoff opening victory and hope to be even more problematic to opposing defenses going forward, starting Sunday night against Tampa Bay in the divisional round.

“It was great,” Brees said of being able to play with Thomas, the 2019 AP Offensive Player of the Year, who caught the game’s first touchdown pass on Sunday. “It was great to get him into the end zone, too. Hopefully, we broke the seal and there’s a lot more where that came from.”

Thomas had five catches for 73 yards against the Bears. Kamara rushed for 99 yards and a touchdown and also caught two passes for 17 yards. Deonte Harris also returned from a neck injury that had sidelined him the previous six games and was productive both as a receiver and returner.

It’s the “first time, really, that we’re getting everybody together again,” Brees continued, noting that Saints receiver Tre’Quan Smith could also return this week from an ankle injury. “This is playoff football. Each game becomes obviously more meaningful. You’ve got to continue to fine-tune and find ways to play your absolute best football.”

Defensively, the Saints enjoyed the return of defensive backs C.J. Gardner-Johnson, who was out because of COVID-19 protocols, and safety Marcus Williams, who had an ankle injury.

If the Saints are fortunate, defensive end Trey Hendrickson, who led the club with 13½ sacks, also will be able to play against the Bucs after sitting out the Bears game with a neck injury.

Either way, the Saints defense has reasons to be confident entering their third matchup this season with Bucs QB Tom Brady. They have sacked him six times and intercepted him five times during the clubs’ two regular-season meetings.

Both games were double-digit victories by the Saints.

The run defense, which could be important in their upcoming matchup. The Saints were able to make Chicago one-dimensional and then ramp up pressure on the quarterback. The same formula has worked well against Brady and the Bucs twice this season.

Defensive tackle Sheldon Rankins said the key to the Saints’ success defending the run has been “guys just understanding where they got to be and being there and trusting that everybody else is going to be where they say they’re going to be. When you do that, when you got 11 guys doing that consistently, down in and down out, and doing it violently and physically, it’s going to be tough to run on a group like that.”