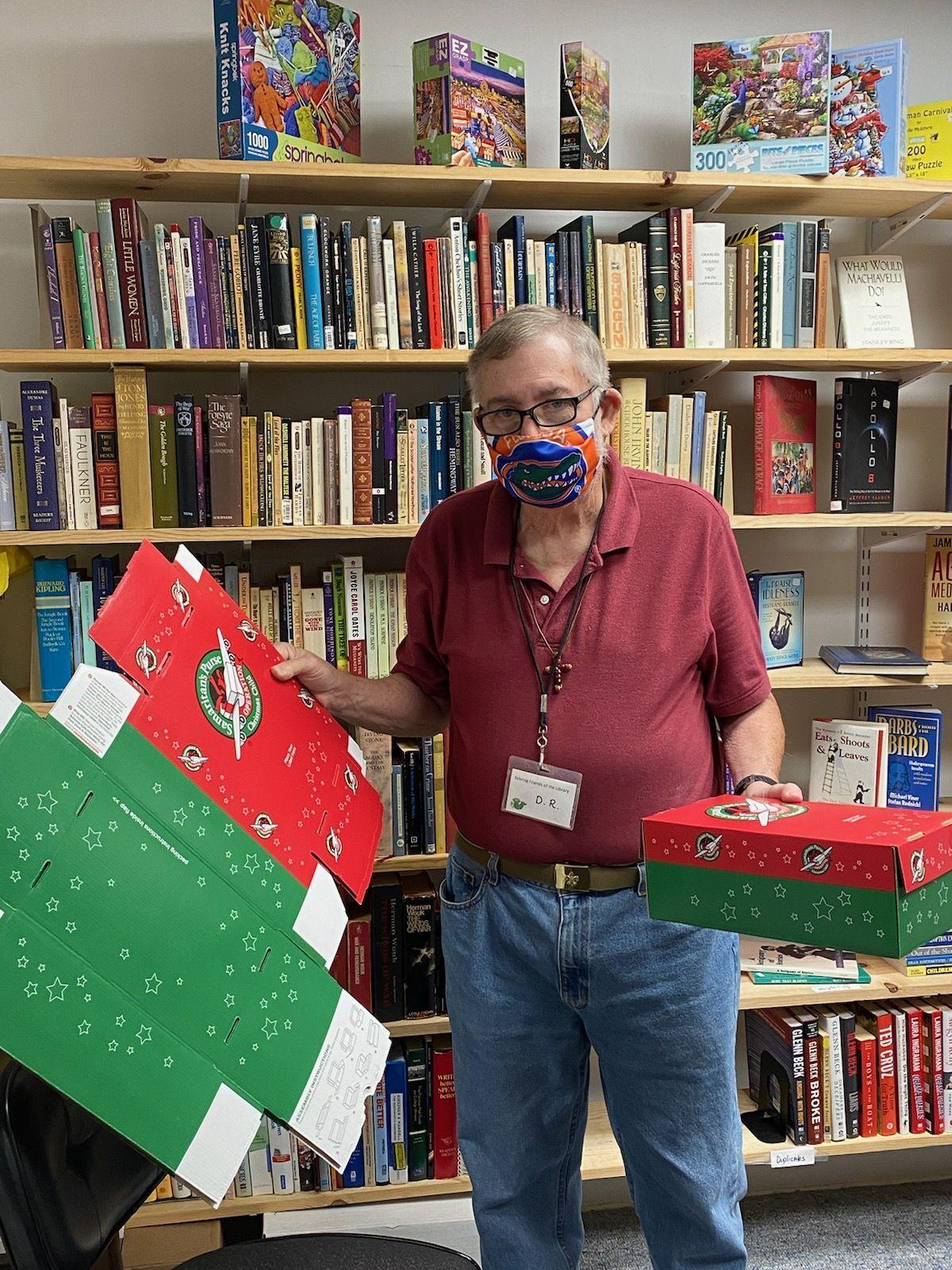 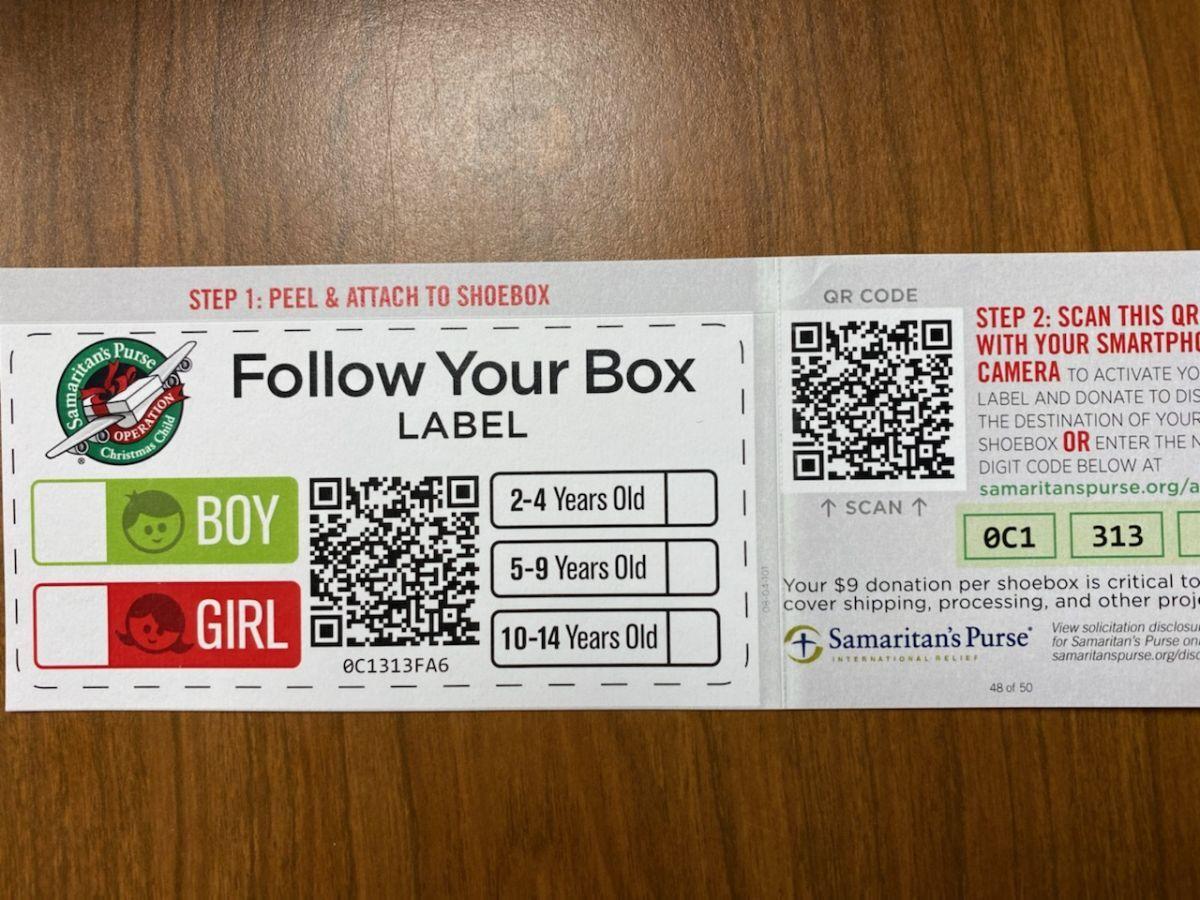 Shoebox label. If you pay the $9 online for tracking, you can see the country where your shoebox has been sent to. 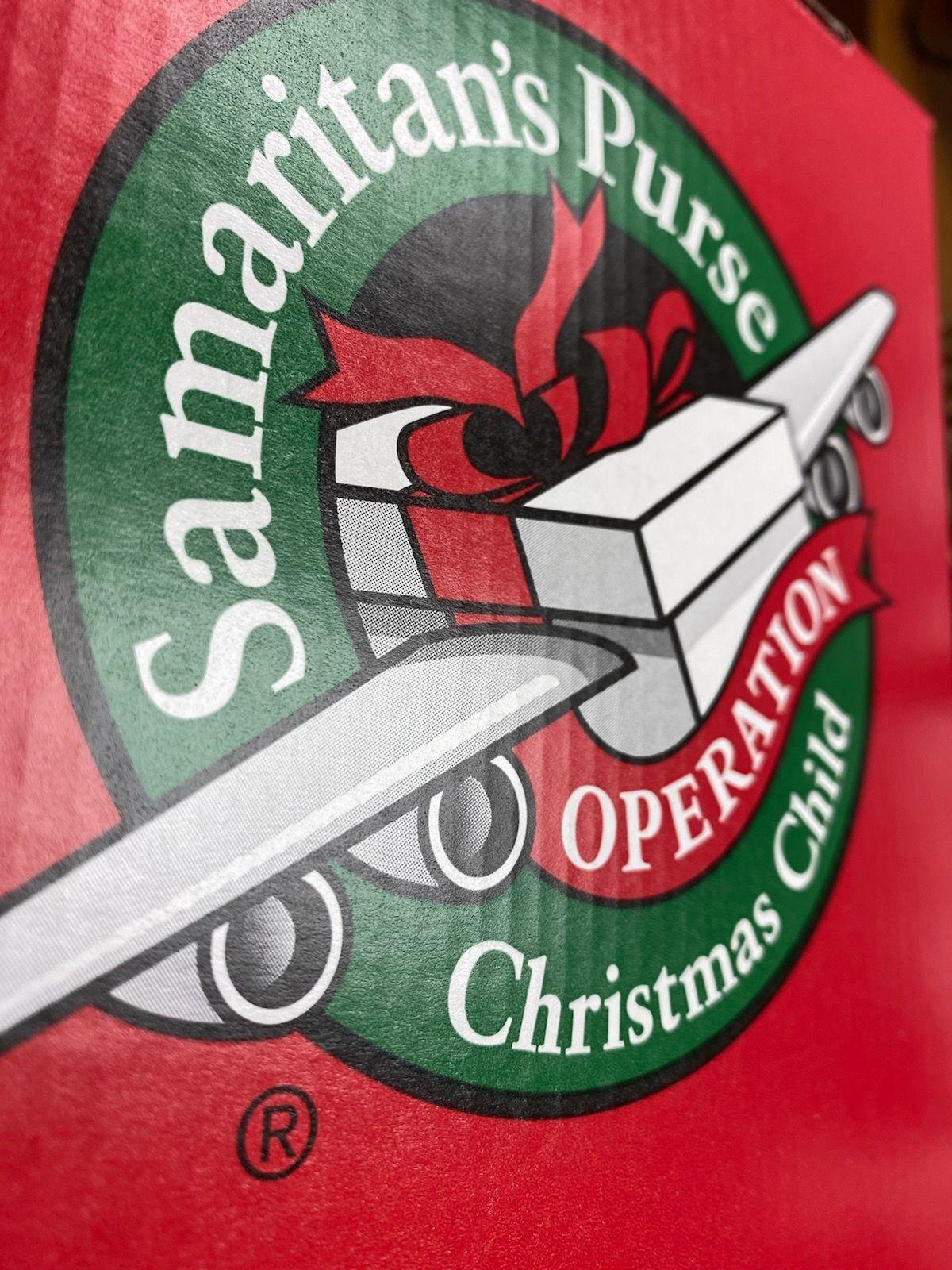 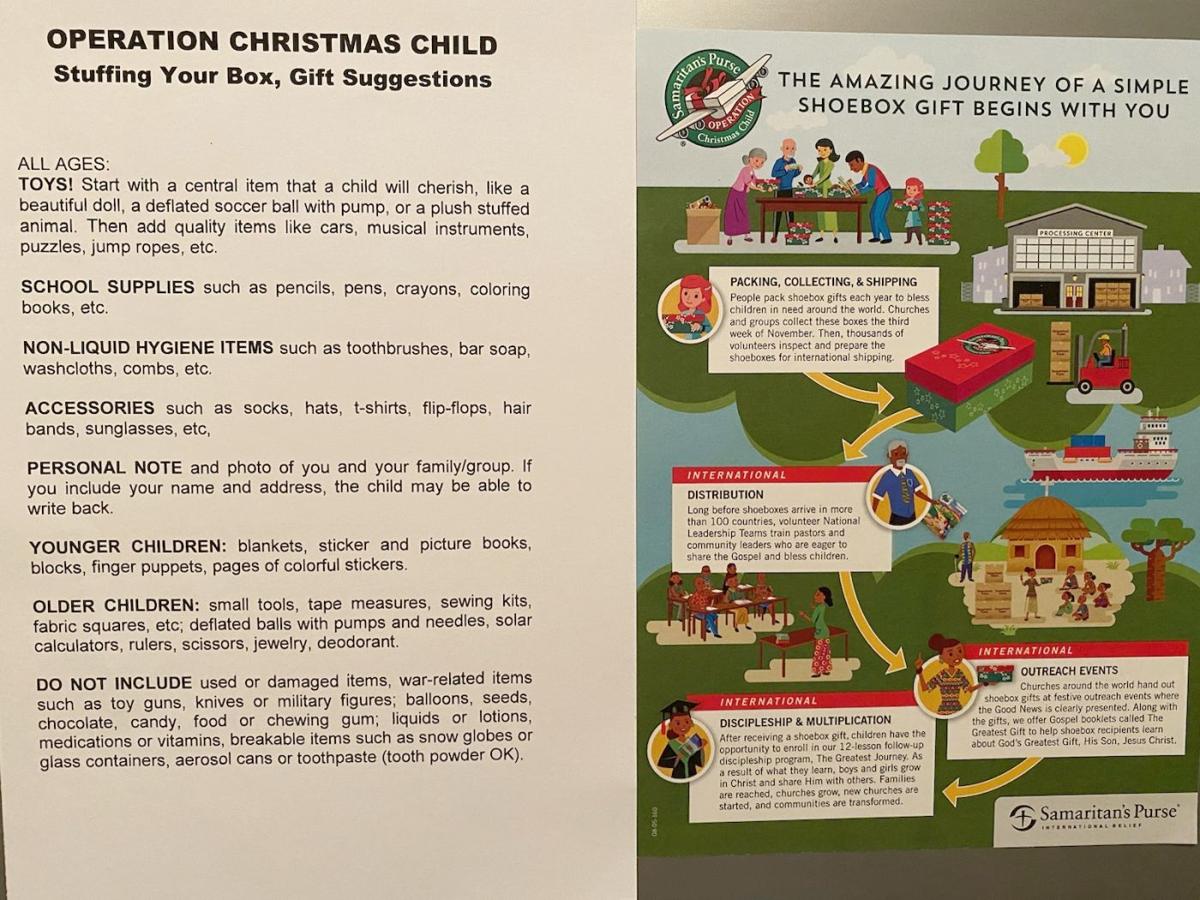 Information on filling and the travel of a shoebox.

Shoebox label. If you pay the $9 online for tracking, you can see the country where your shoebox has been sent to.

Information on filling and the travel of a shoebox.

Every year people from all over the country come together to fill shoeboxes with love and cheer for children all over the world. For some, this is the only present they will get.

The Operation Christmas Child shoeboxes are possible through a local and national network of volunteers. Gifts need to be selected, boxes need to be packed and shipped and are distributed by a group of National Leadership teams.

The current President and CEO of Samaritan’s Purse is Franklin Graham, son of evangelist Billy Graham. Under his leadership the organization has met the needs of people in need in more than 100 countries. He leads crusades around the world.

“Samaritan’s Purse is a nondenominational evangelical Christian organization providing spiritual aid to hurting people around the world. Since 1970, Samaritan’s Purse has helped meet needs of people who are victims of war, poverty, natural disasters, disease, and famine with the purpose of sharing God’s love through His Son, Jesus Christ. The organization serves the Church worldwide to promote the Gospel of the Lord Jesus Christ.” (https://www.samaritanspurse.org/our-ministry/about-us/)

D.R. Walker is with St. John United Methodist Church and oversees the collection of local shoeboxes for his church group. St. John has been involved in the project for over 10 years. Last year they collected almost 300 shoeboxes.

“Although this year is very different due to COVID, we have already started collecting filled boxes. They are distributed in groups by age (2-4; 5-9; 10-14) and by boy or girl.”

Kids like to receive a ‘wow’ gift. One of the most popular is a soccer ball. You can deflate the ball and include a small pump for them to reinflate it.

“There is a list of things that are not appropriate (found on their website) and include food products, candy, liquids and toothpaste, to name a few.”

Sometimes receiving the shoebox is only part of the surprise. “One child received their box which also contained some Christian materials as well as a photo and letter from the family that sent it. It turned out this was the child’s real family and they were eventually reunited!”

In some hard-to-reach places in the world a shoebox provides a way to share the Good News of Jesus Christ in a culturally sensitive way. Since 1993 they have delivered shoebox gifts in over 160 different nations.

Another former recipient of a shoebox was a girl who received one when she was in the Soviet Union, behind the Iron Curtain. She eventually finished her education and got married.

The organization also holds classes for children in other countries. “It’s like a vacation Bible school. They attend 12 classes and attend a graduation ceremony. We actually got to see a group in Africa graduate on live stream.

“We encourage people to personalize the shoebox by maybe sending a photo or a letter. The Men of the Methodist Church placed a picture in the boxes that they filled.”

If you pay $9 for the tracking label, you can actually follow your shoebox to see what country it was sent to.

St. John is one of several collection sites in Highlands County. If you want more information on participating in the program, you can call Walker at 863-214-9567.

To see stories and videos of changed lives around the world: samaritanspurse.org/endsoftheearth.