Peter Brewer teeing off at hole No. 1 with Derek Christian, Chad Hays and Ryn Heine watching. 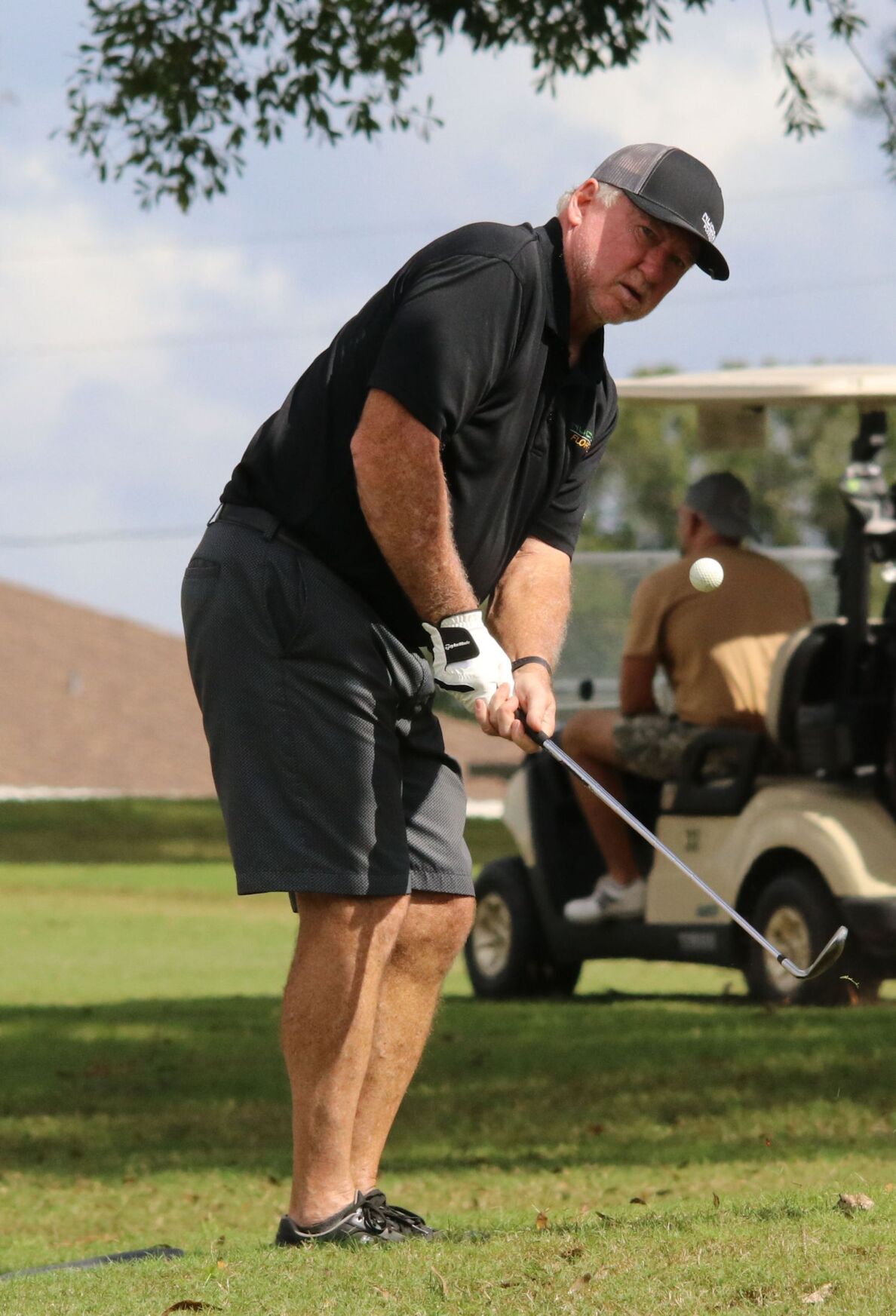 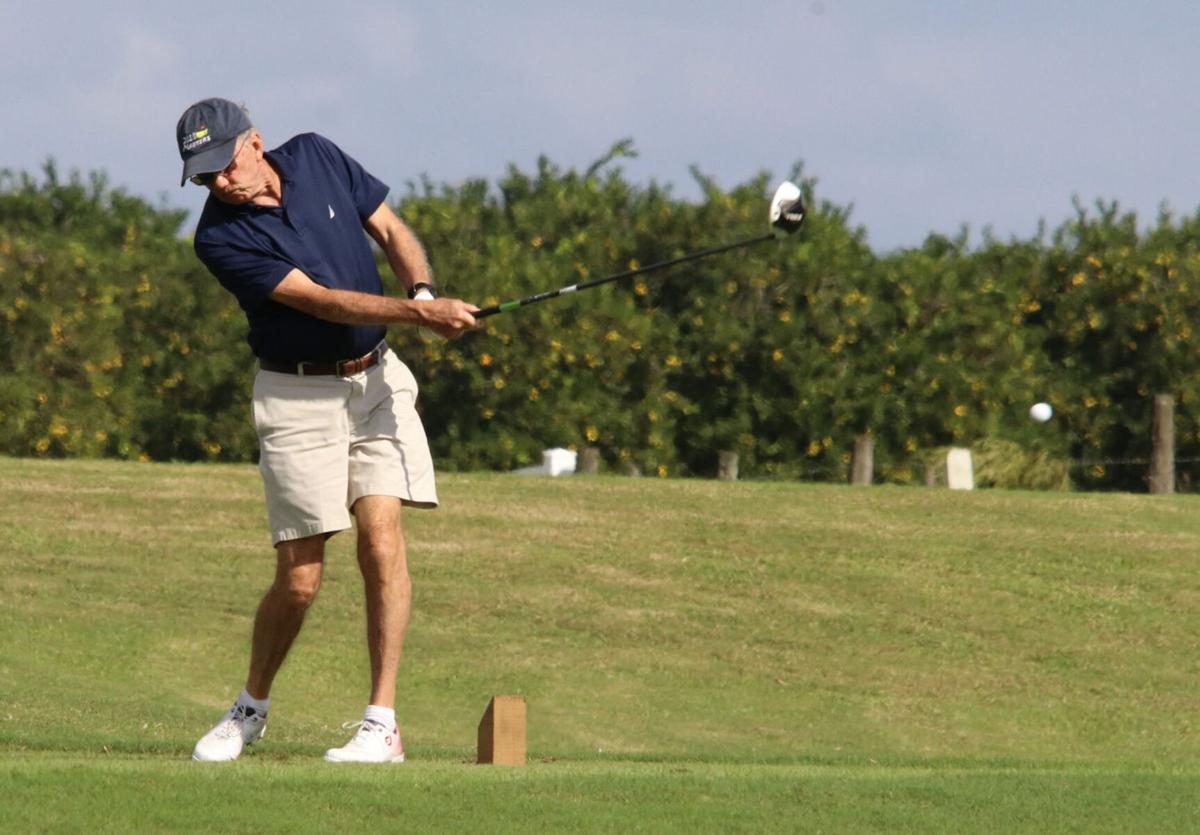 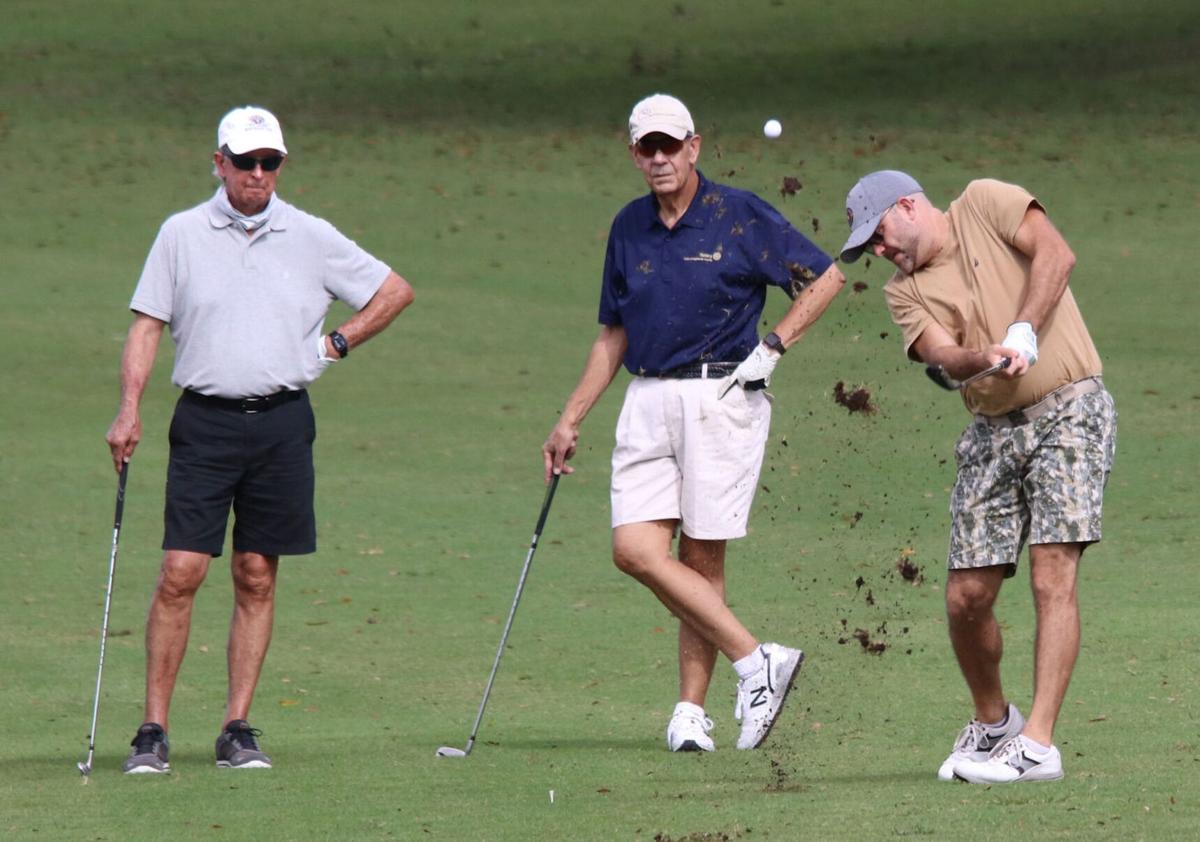 Peter Brewer teeing off at hole No. 1 with Derek Christian, Chad Hays and Ryn Heine watching.

Chet Brojek, Rotary Club member and organizer of the event explained that in the spring, depending on the COVID-19 situation, the Rotary will fly three to five veterans from previous wars to Washington D.C.

“We take on all of the cost” said Brojek. “We also send a Rotary guardian to accompany them (they do pay). We go to all the war memorials, Arlington, changing of the guard, truly it is one of the most emotional experiences I ever had in my life.”

“We got off the plane and the corridor was lined with people clapping for the veterans and other things, it is just a way for the Rotary to pay back to our veterans.”

Overall all winners in hotly contested Flight 1 in which only three shots separated six teams, the team of Zac Taylor, Cullen Lovett, Keegan White and Austin Armstrong prevailed with a score of 59.

The teams of Peter Brewer, Derek Christian, Chad Hays and Ryn Heine and John Barben, Bobbie Barden, John Whitehead and Keith Davis both posted a score of 61 with Brewer, Christian, Hays and Heine winning the tie breaker for third.

Only one shot separated the top three teams of Flight 2 with the team of Toby Taylor, Shaun Breeden, Inan Ojeda and Anthony Gaines edging out the second and third place teams with a score of 60.

Flight 3 proved to be as competitive as Flights 1 and 2 as only one shot separated the top three teams and three shots difference between the top six.

“We had 88 playing and perfect weather,” said Brojek. “I feel that we had a very good turnout. The course was in great shape, just wish we sunk a couple more puts.”