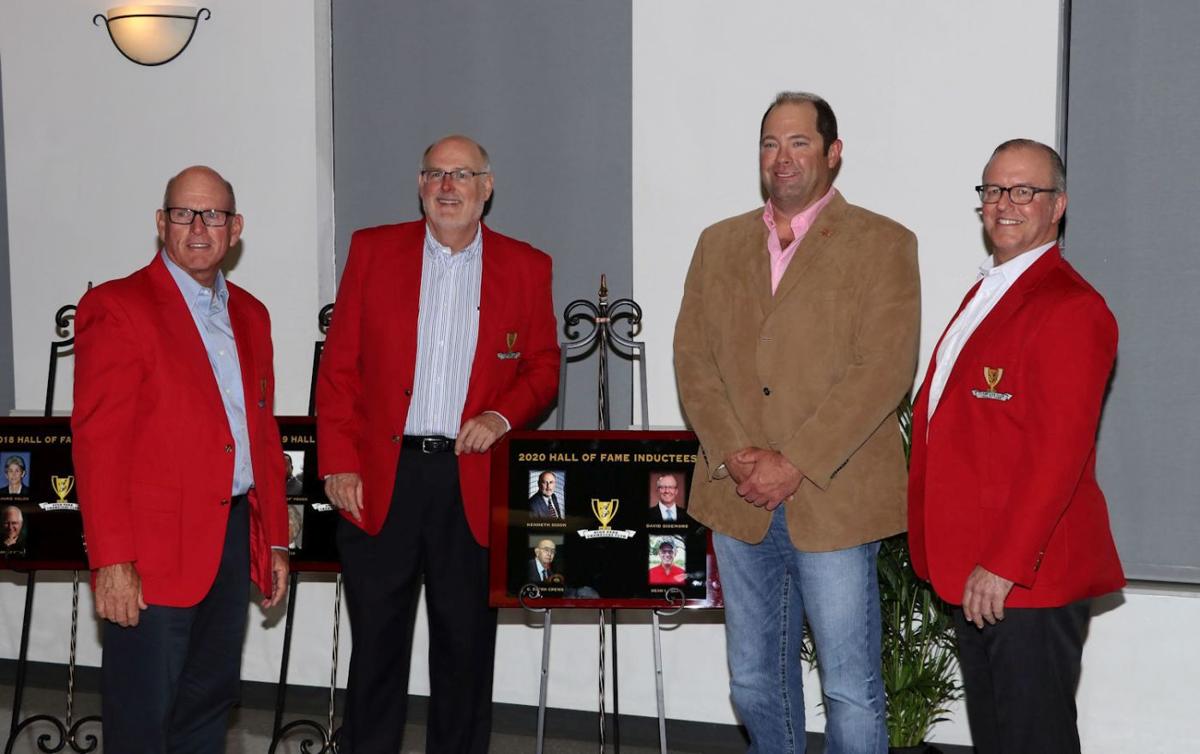 The Avon Park Choir provided entertainment at the banquet. 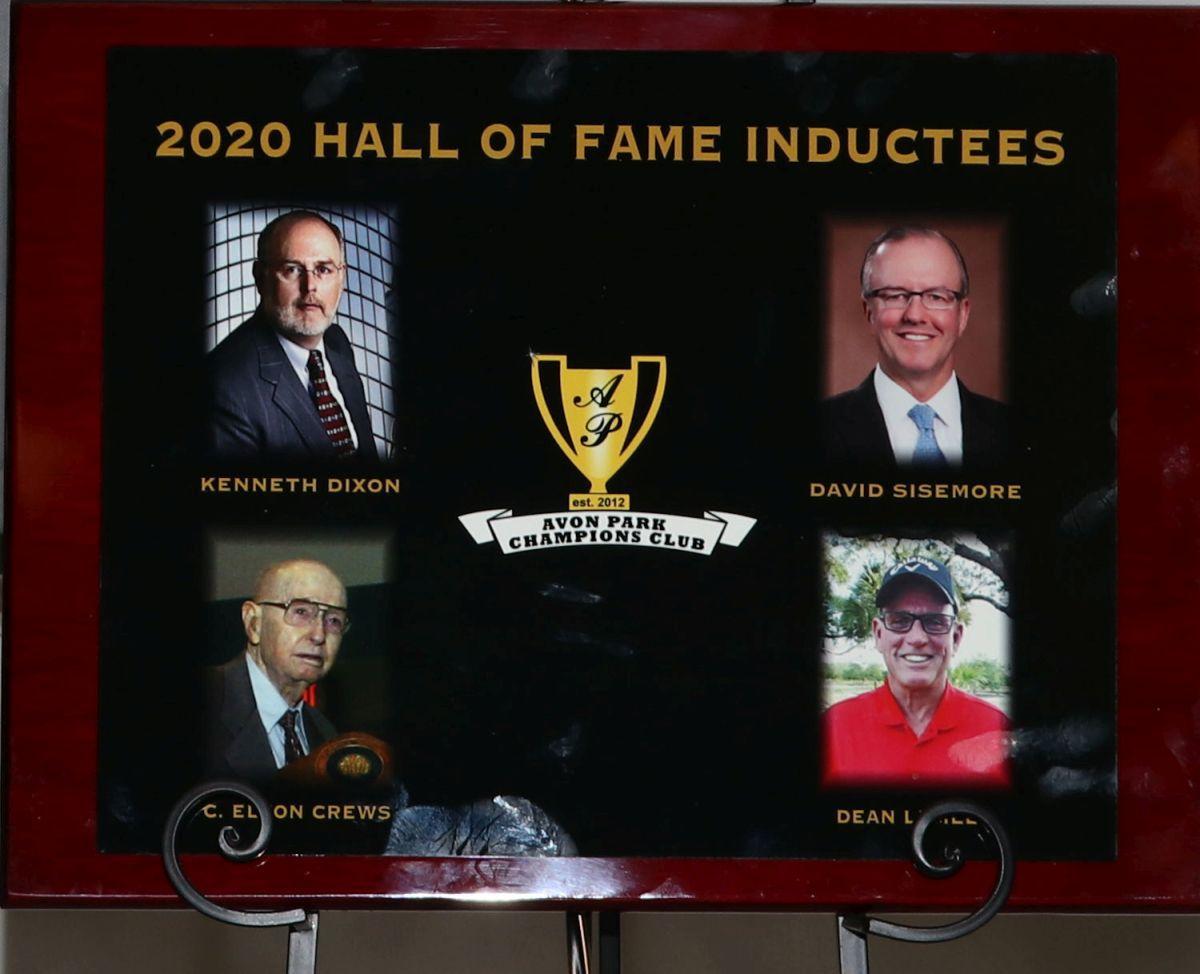 The 2020 inductees into the Avon Park Champions Club. 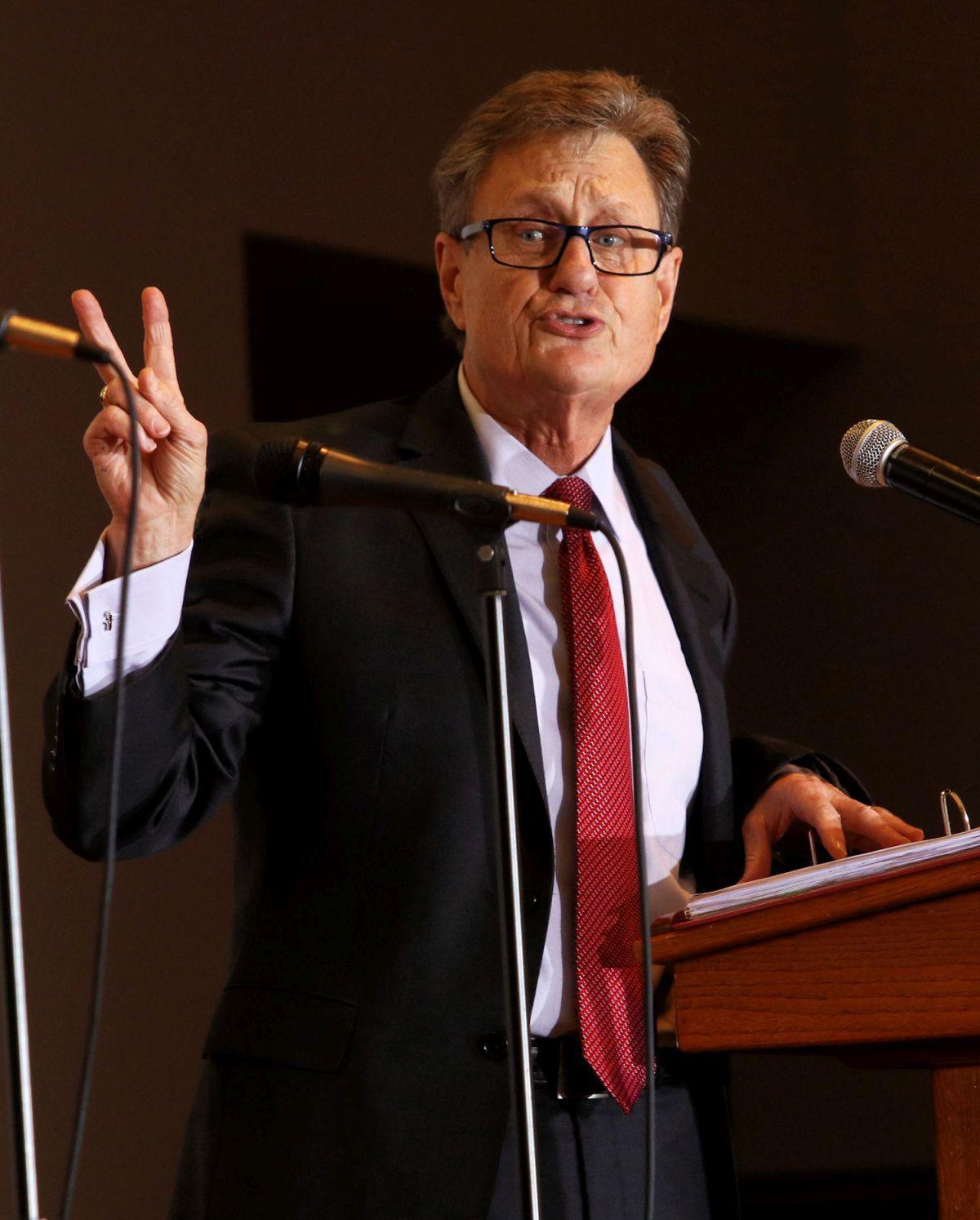 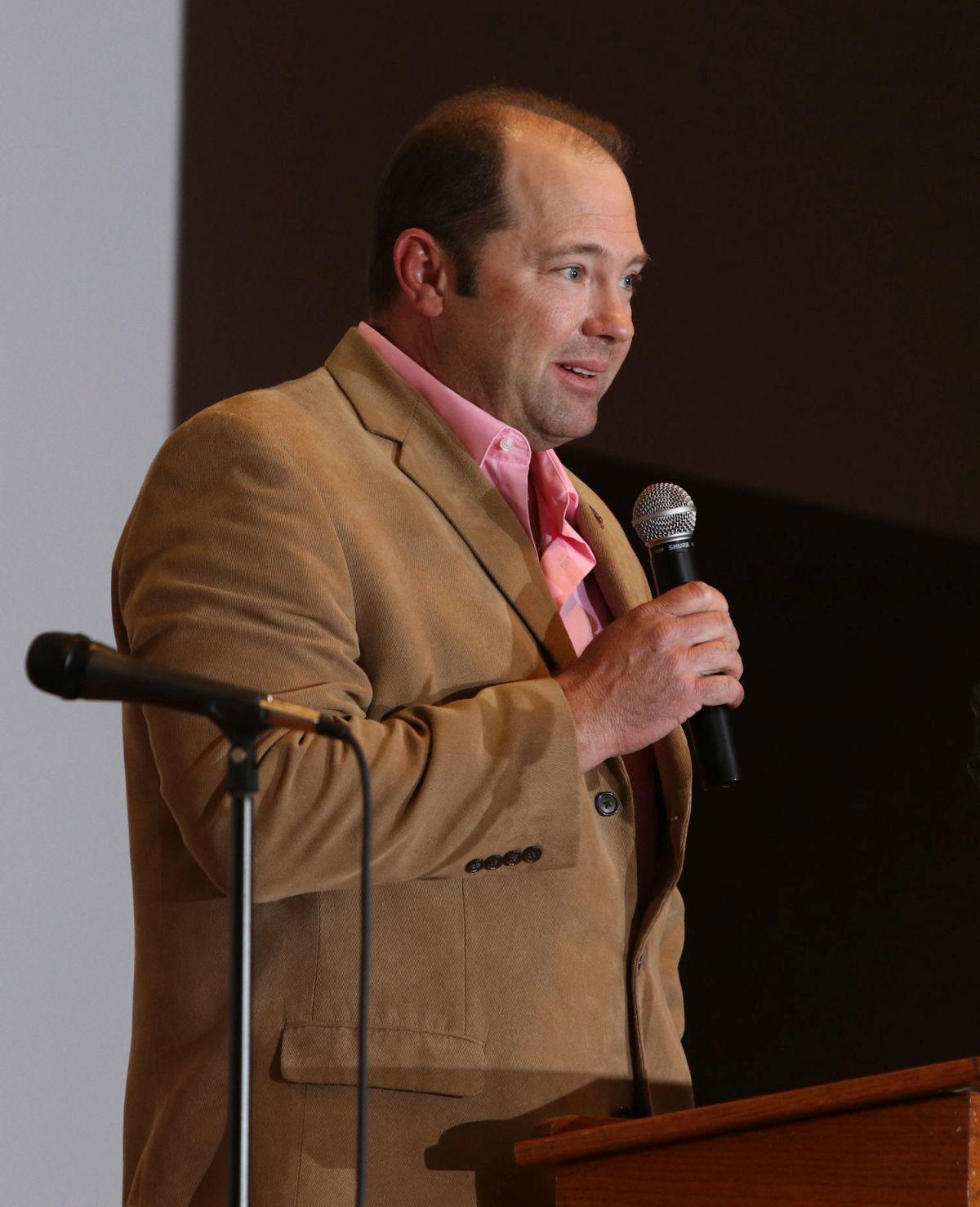 Cruiser Crews speaks about his grandfather C. Elton Crews, who was inducted into the Avon Park Champions Club Hall of Fame. 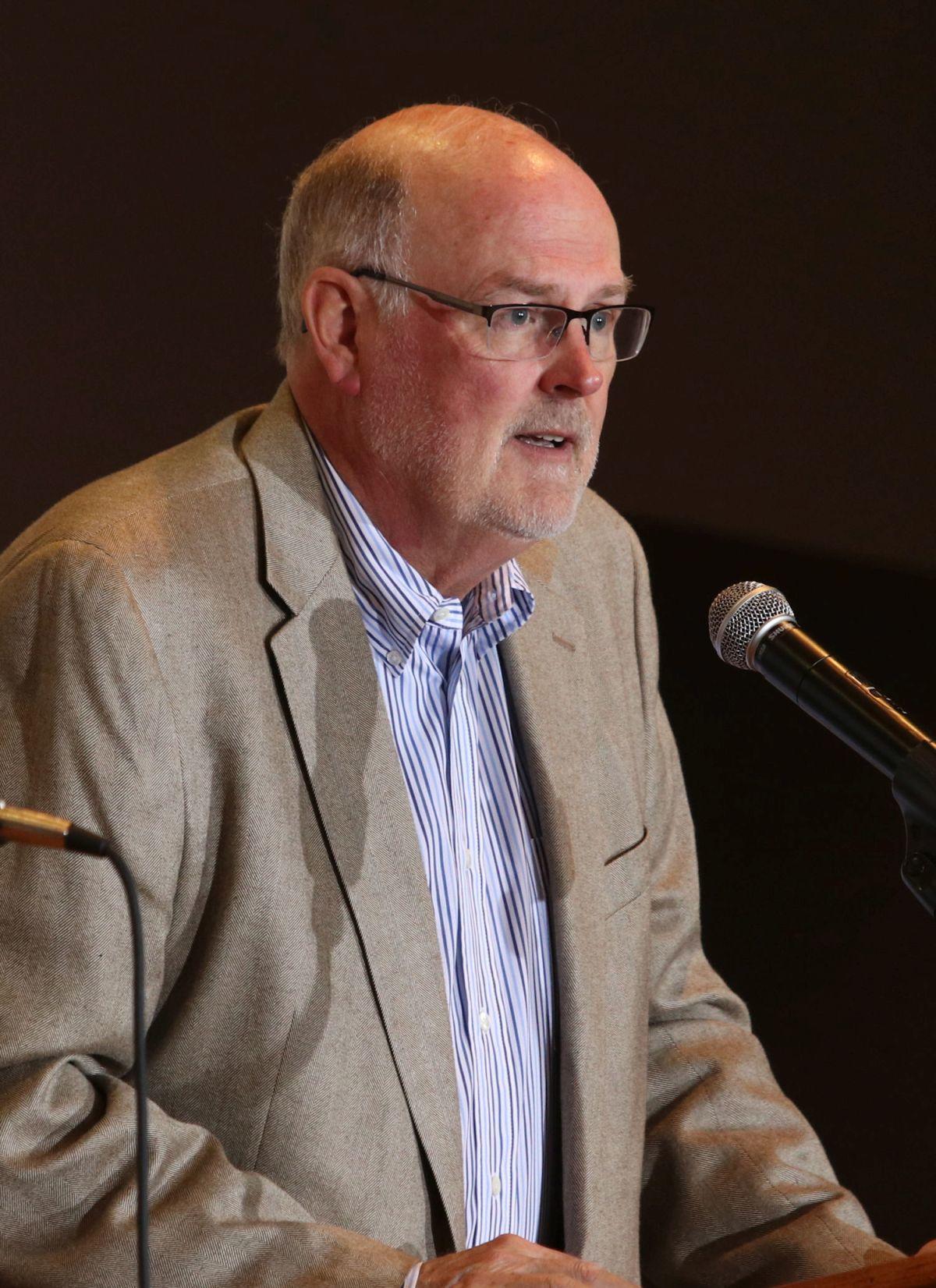 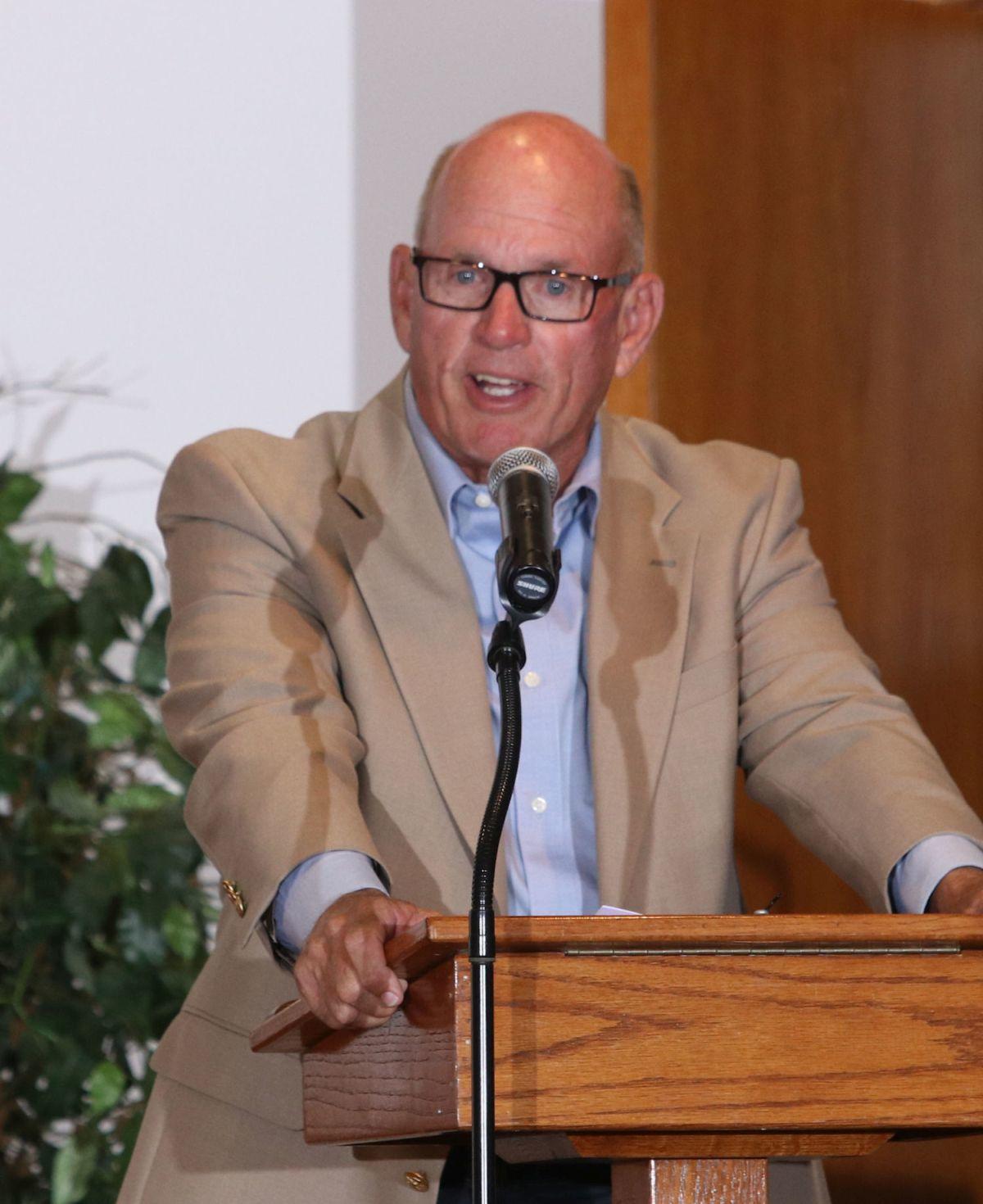 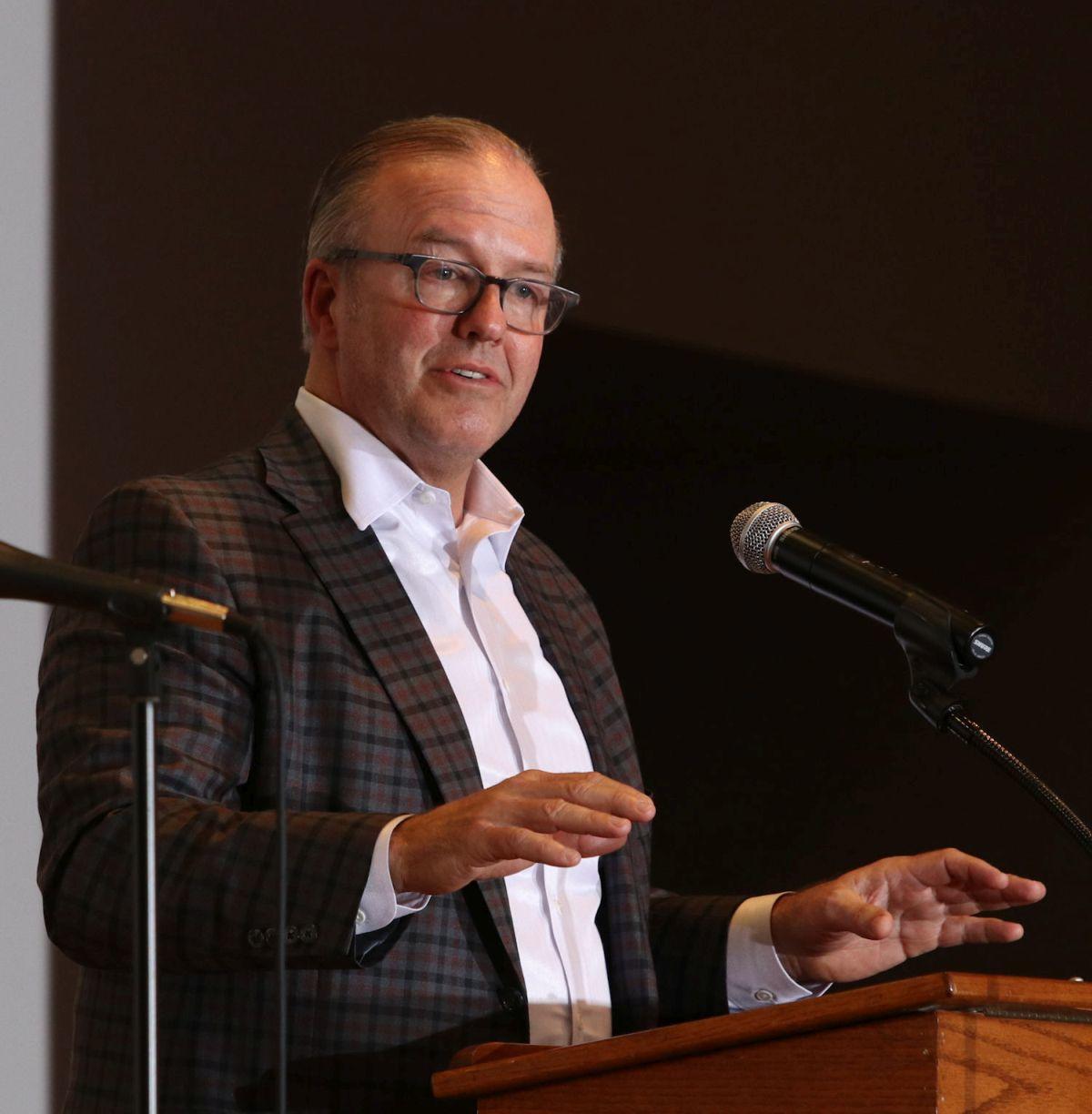 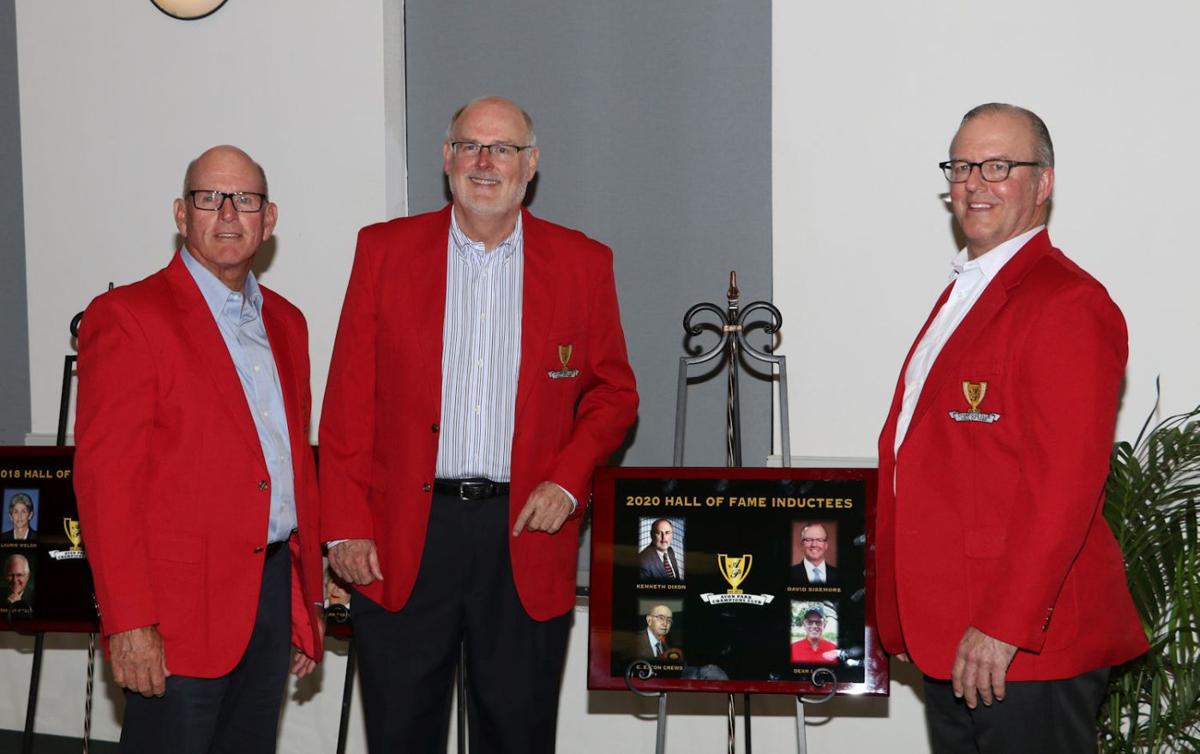 The Avon Park Choir provided entertainment at the banquet.

The 2020 inductees into the Avon Park Champions Club.

Cruiser Crews speaks about his grandfather C. Elton Crews, who was inducted into the Avon Park Champions Club Hall of Fame.

The first inductee of the night was C. Elton Crews. As noted on the website, Cruise was considered a rather quiet and humble man though he was an extremely successful businessman and considered a giant in the Florida citrus industry.

Walter Nannallee, the emcee for the evening, stated that in his research, Crews was not a fan of distant owners or owners who did not get involved. He also quoted attorney David Lanier that Crews had an impeccable reputation as a person and in business.

His grandson, Cruiser Crews, accepted the award for his grandfather stating that he was the definition of a gentleman, a gentle man, very patient and very stoic in his emotions. He did not know how to say it, but he let you know in his own way what he was thinking.

“He always worked, very rarely hunted or fished, he worked six or seven days, whatever it took. He believed in himself and he believe in the industry, primarily citrus, though cattle was his first love and he believed in his employees. He would also help those that helped themselves. That is what created the success that he had. He would have deeply appreciated this honor.”

The second inductee of the night was Kenny Dixon.

“When Walter called me three months ago about being inducting into the Champions Club Hall of Fame,” said Dixon “I said I know the Champions Club, my brother Lucky goes every year and I thought it was for super athletes and coaches. I don’t belong in the same room with these guys, much less being up here.”

He continued Walter stated that it use to be that way, but it also recognizes successful career and giving back to the community, so he said sure and accepted the invitation.

“First of all, I was flattered that you thought I had a successful career, there are times I don’t feel like it,” Dixon said. “Should have more, could have done more, want to do more, still have a little time left to do it. I want to tell you something, finance people will tell you, especially the successful ones, they will tell you how they see the future and how to make the right calls, the real truth is at least 50 percent of their success is just luck and 90 percent of luck is just timing.

“I have always had good timing, blessed with good timing and my great timing started when my family moved to Avon Park in the mid 1960’s. To me in the mid 60’s, Avon Park was a shining sleepy little town that was charming, beautiful and had a certain romance to it.

“This is a special award, it originates from high school.”

Dixon ended with the funniest moment of the night when he recounted a previous award ceremony ,”I recently received an award from UCF that was being held at Disney and I did not think much about it at the time, but I had my picture taken with Goofy. I was in my lawyer’s office about six weeks later and I was going through a magazine and I saw my picture with Goofy. Underneath it read Ken Dixon Honoree pictured here with Goofy, underneath that it said ‘Dixon is on the left.’ (Crowd laughed) This is a great honor, thank you so much.”

The third inductee was Dean Lemler, who played on the 1966 state championship baseball team and state runner’s up in football. He was MVP of the football team in his senior year and named “Outstanding Senior Athlete in 1968.

“I loved coaching and I loved people,” said Lemler in his acceptance speech, “I really enjoyed the strategy part of coaching sports. As I moved on in my career and moved on to personnel development and attending many seminars, I had private meetings with business owners, we always talk about personnel issues and many times it was as simple as understanding their own job expectations, just like in sports. Coaching, teaching, demonstrating their tasks, every job, classroom, team, school, family needs, expectations.

He expounded on the word PACE in that Positive Attitudes Change Everything.

“Any organization or school that has clear expectations and positive attitudes, will have success.”

Noted Lemler “As far as my comments tonight that make everything sound simple, easy and fun, we all know in life there is some trials, tribulations and difficult times.”

Lemler recounted when he was 44 and had spine surgery that left him paralyzed from the shoulders down. That life is totally different in that perspective and of the 24 people in his ward, he would be the only one that ever took a step.

“I was asked repeatedly what my goal was, I only had one, to walk out of this place,” Lemler said. “The day I was dismissed, I walked through that door. I was not very fast, was not very far and it definitely was not very pretty, by the Grace of God and the prayers of a lot of people, I regained movement of my body.

“There are times I get to complaining about little things, my good wife Jean will hear those things, she will say ‘At least you can walk,’ that is pretty humbling and puts a good reality on life.

“This experience has confirmed several thing to me; one, no matters what happens in life, you can count on your faith; two, if you have the love and support of your family, the obstacles are much easier; and three, friends and the community will help you when you need it.

David Sisemore concluded the evening as the last inductee to talk about coaches and character.

“They say character is what you do when other people are not looking,”said Sisemore. “When I was about 14, I don’t remember if Hoppy (Rewis) was coaching or up in the stands, we had just lost a game and I errantly swung my bat and it hit something, it was totally unintentional, within two seconds Hoppy was there, he said “Son, I don’t care if you are in high school, in college or in the pros, if I ever see you do that again I am going to come down the field and whip your ….., let’s say butt.

“It those examples that you live by in life.”

Sisemore also spoke extensively on his family and his brothers who both coached and taught and that the one thing consistent about teaching is that it does not pay enough.

“The one thing I learned was I could go out in the business world and coach them to do their jobs,” added Sisemore. “So thank you to everyone for lessons learned. The bottom line is I would not be here without my family, you and a handful of others that guided me, led me, gave me insights, supported me throughout high school and after that.”

Extensive biographies on each inductee can be read on the Avon Park’s Champions Club website at http://apchampionsclub.com.