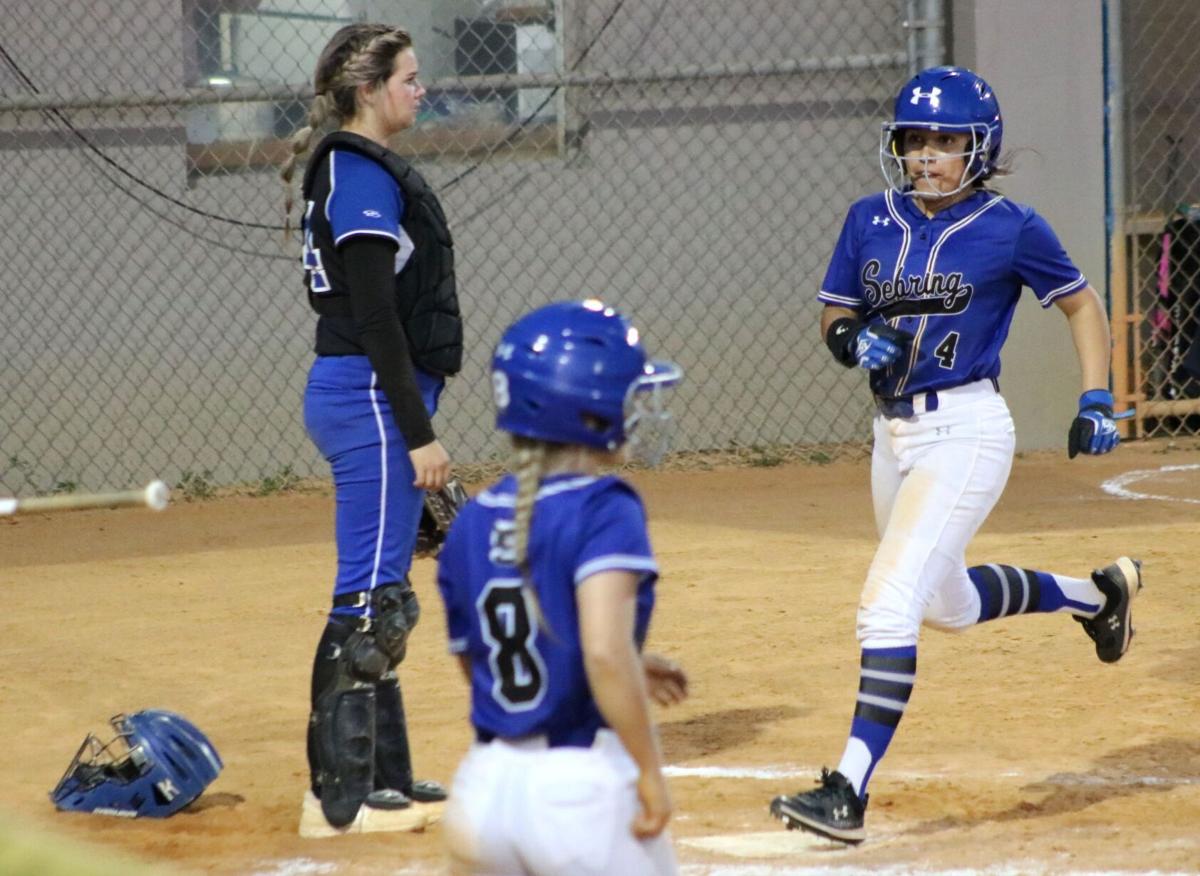 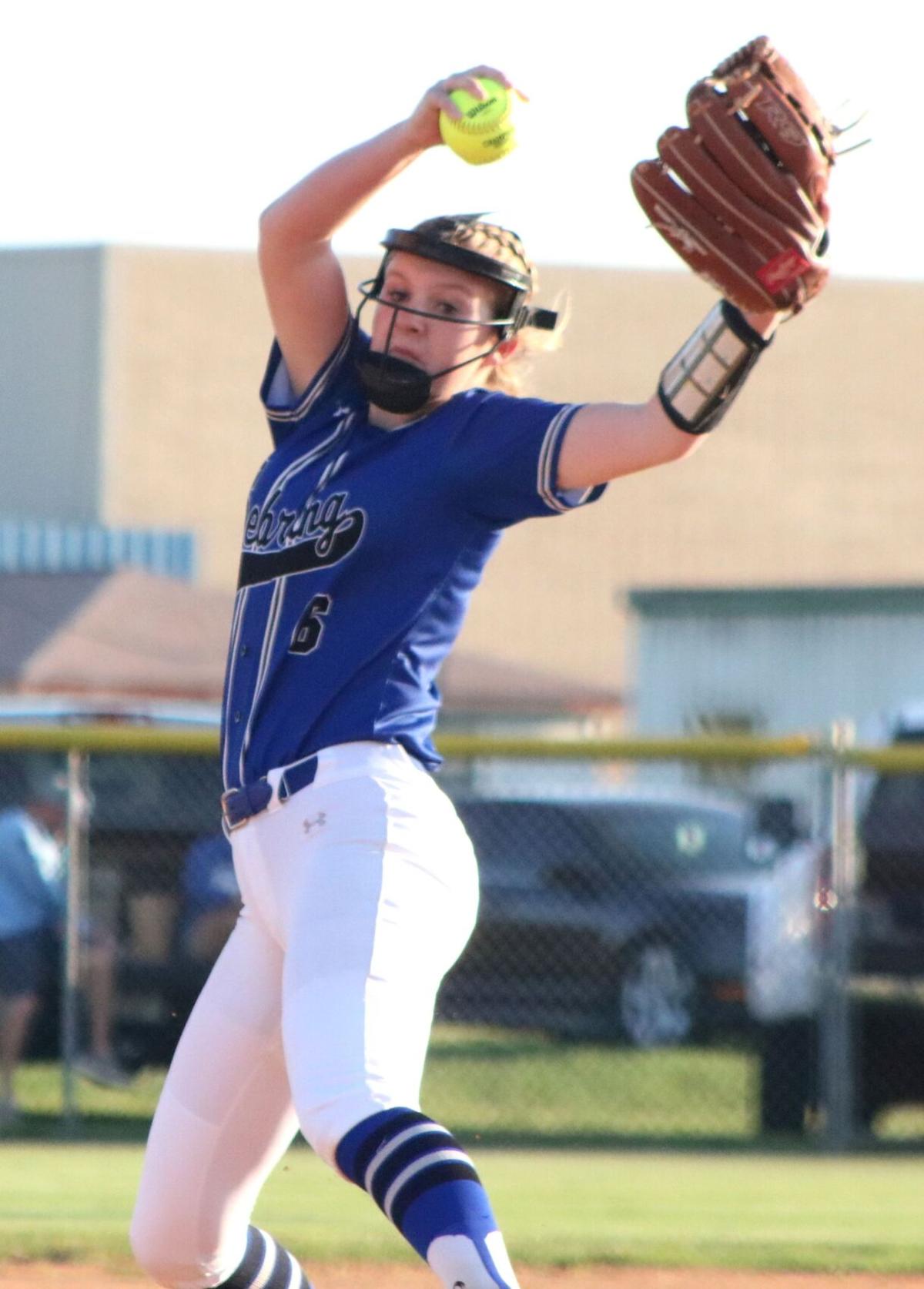 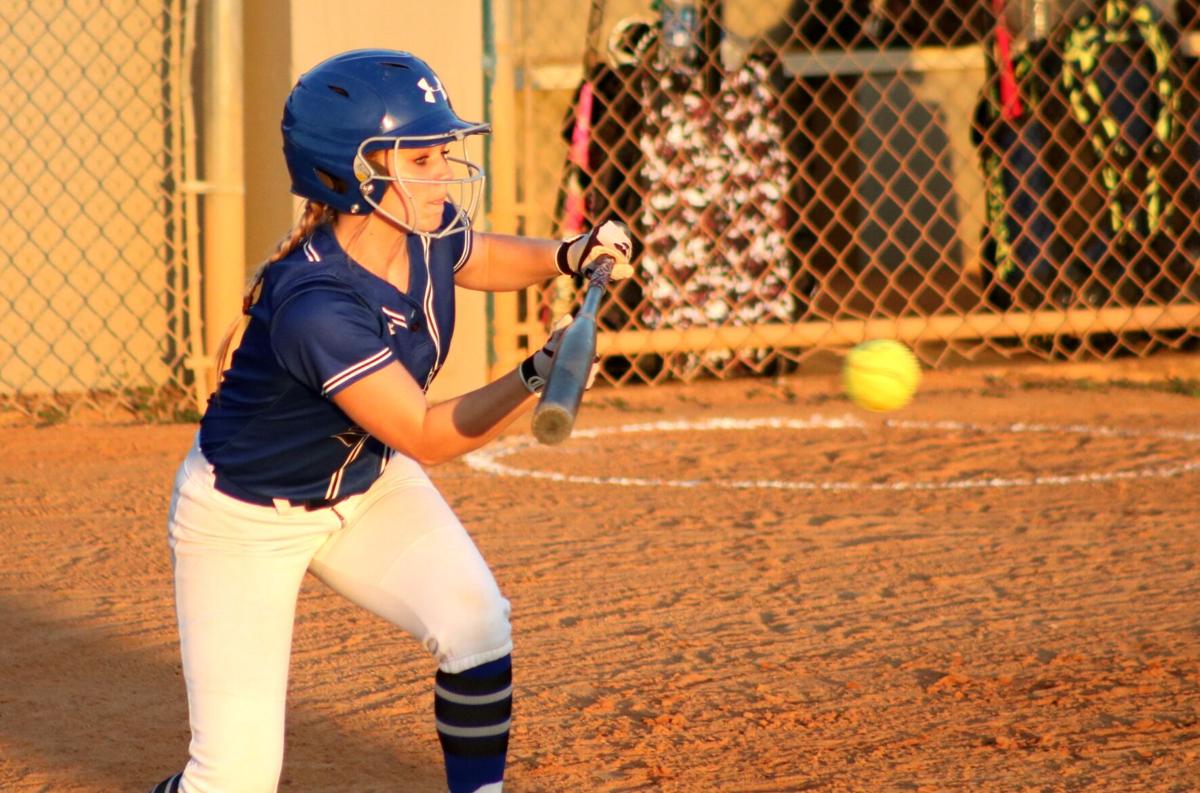 Sebring’s Makenzie Ferryman laid down a bunt during Monday’s game against DeSoto.

Sebring’s Makenzie Ferryman laid down a bunt during Monday’s game against DeSoto.

SEBRING — The Sebring Blue Streaks opened the postseason with a 10-0 win over the DeSoto County Bulldogs in the Class 4A-District 12 quarterfinals. The Blue Streaks’ effort was led by a strong performance at the top of the lineup and in the circle.

Sebring Coach Hector Perez felt bunts were a good way to jump start the offense after going the first two innings without much production.

“We went (two) innings scoreless, and my hitters weren’t really coming through,” Perez said. “I knew they just had to get their timing adjusted. So, in that case, let’s just go to small ball, get a couple runs across where they feel nice and comfortable and relaxed. Then we can go ahead and free swing again.”

The two teams were scoreless until the bottom of the third. Sebring’s Makenzie Ferryman led off with a perfectly laid bunt and reached on an error. Ferryman then stole second base and center fielder Alma Fernandez put down a bunt of her own to move the runner over.

This forced another error by DeSoto’s pitcher Kaylie Rhoden, and allowed Fernandez not only to reach and take second but for Ferryman to score for the 1-0 lead.

After a pop out by Blue Streaks’ Trinity Rohrer, shortstop McKinley Carver reached on a bunt single for runners on the corners with one out. A single by Marissa Wilkinson then brought home Fernandez for a 2-0 lead.

Sebring got another single to load the bases but couldn’t capitalize after a runner’s interference call and a line out to third.

After a shut down inning by Wilkinson, the Blue Streaks blew it open in the fourth.

Back-to-back singles with one out by Ferryman and Fernandez gave Rohrer runners on the corners and she delivered with a rocket to left-centerfield for a triple to score both runners.

A passed ball by DeSoto scored Rohrer during Carver’s at-bat and, all of a sudden, the Streaks led 5-0.

Carver eventually walked and advanced to second on a steal. A line out by Wilkinson caught Carver in no man’s land on the base path. As she retreated back to second, an error by the DeSoto third baseman on a throw to second gave her the perfect opportunity to advance and score Sebring’s sixth run.

Sebring’s Carli Moesching singled and Jewelissa Delgado walked over the next two at-bats. A double by catcher Paige Benton scored Moesching for the fifth run of the inning and a 7-0 lead.

Wilkinson held the Bulldogs in check again in the fifth. This time she was aided by some slick play from her infield. After the first runner reached on an error, DeSoto’s Daysha Izaquire smoked a ball to Sebring’s first baseman, Delgado.

The ball bounced off her glove and into the second baseman Baker’s for the first out. She then quickly flipped over back to Delgado to get the runner off the bag for a double play. It turned what could’ve been two runners on with no outs into one out away from another shutout inning. They got just that two batters later with a fielder’s choice, preserving the 7-0 lead.

Ferryman reached again to lead off the fifth. Fernandez moved her over with a bunt. Rohrer then brought Ferryman home on the third baseman’s second triple of the night. Carver then grounded out to the pitcher, scored Rohrer and had the Streaks one run away from the mercy rule win.

Blue Streaks’ Moesching led off the sixth with a double to right field. Delgado reached on an error at second and Moesching advanced to third. Ferryman ripped a single into left field, scored Moesching and gave Sebring the 10-0 win.

Ferryman finish 3-for-5 with one run batted in and three runs scored.

The top of Sebring’s lineup really came through for the Blue Streaks. It went a combined 7-for-12 with four RBIs and seven runs scored. Not to mention Rohrer’s two triples for a game-high three RBIs and a combined three stolen bases between Ferryman (1) and Fernandez (2).

“Trinity’s been hot for us all season,” Perez said. “Makenzie, she’s done a great job as a leadoff role. She’s actually done a really job all over the lineup for me. I’ve had to move her down to seven to get some runs across, she did that for me in the middle of the season. (I) dropped Alma down with her speed and her bunts, she can move runners across.”

Wilkinson earned the win with a complete game shutout. She finished four hits and one walk allowed with six strikeouts over six scoreless frames on 86 pitches.

“She did well overall,” Perez said. “I’d like to see her be a little bit more consistent on some spots but it’s going to come with a whole lot more experience. I’m very proud of her, she’s done a real good job for us.”

Perez knows as Sebring gets farther into the postseason, his team needs to play that much closer to perfect as possible.