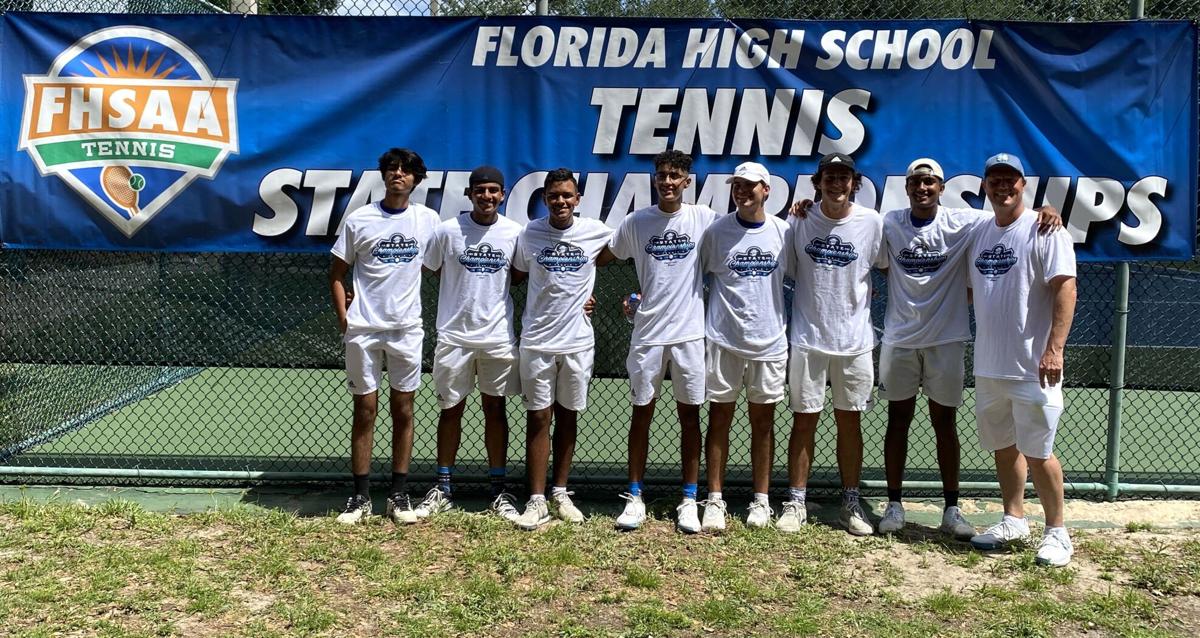 The Sebring boys tennis team competed at the FHSAA State Championship in Casselberry this week. 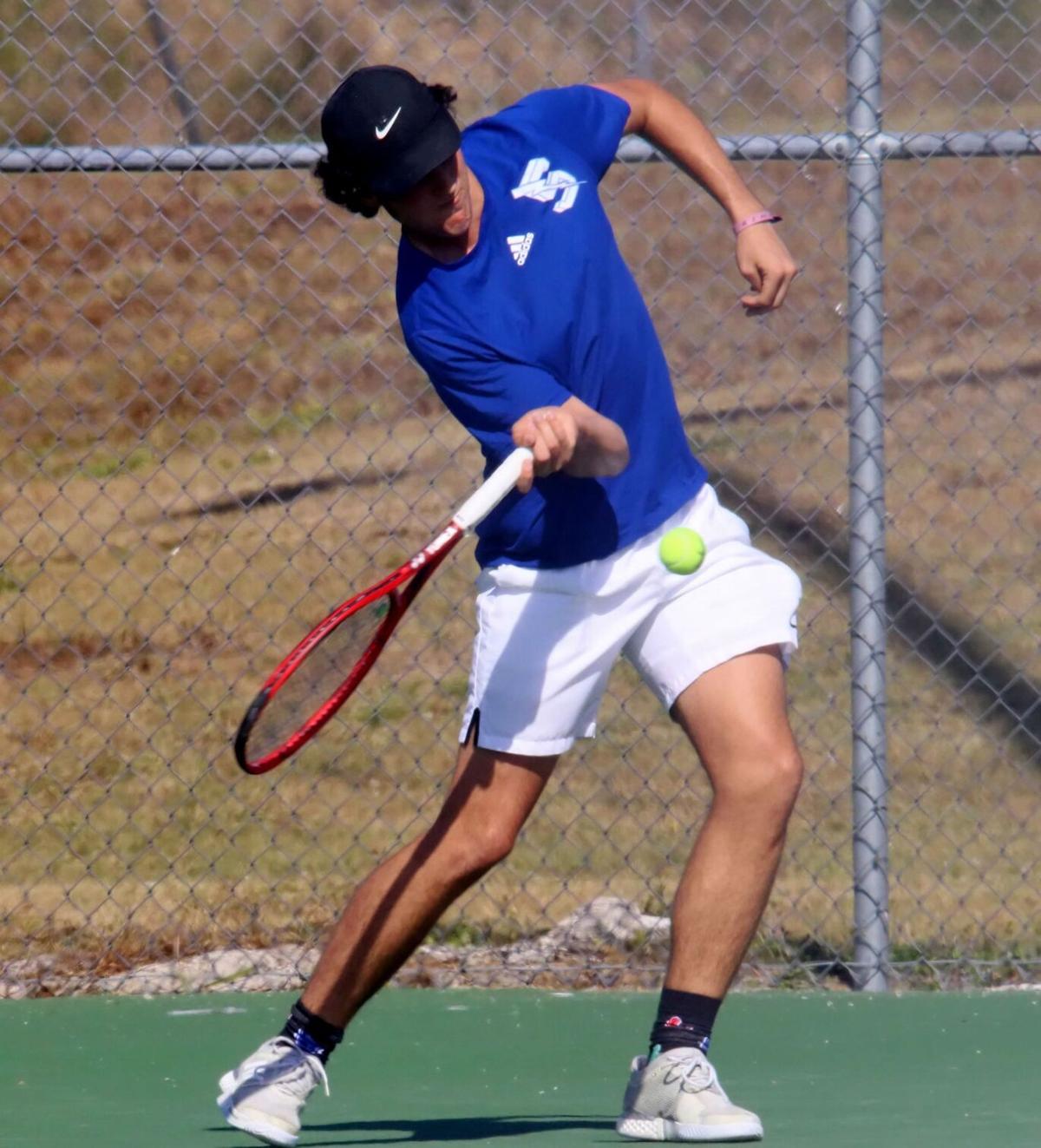 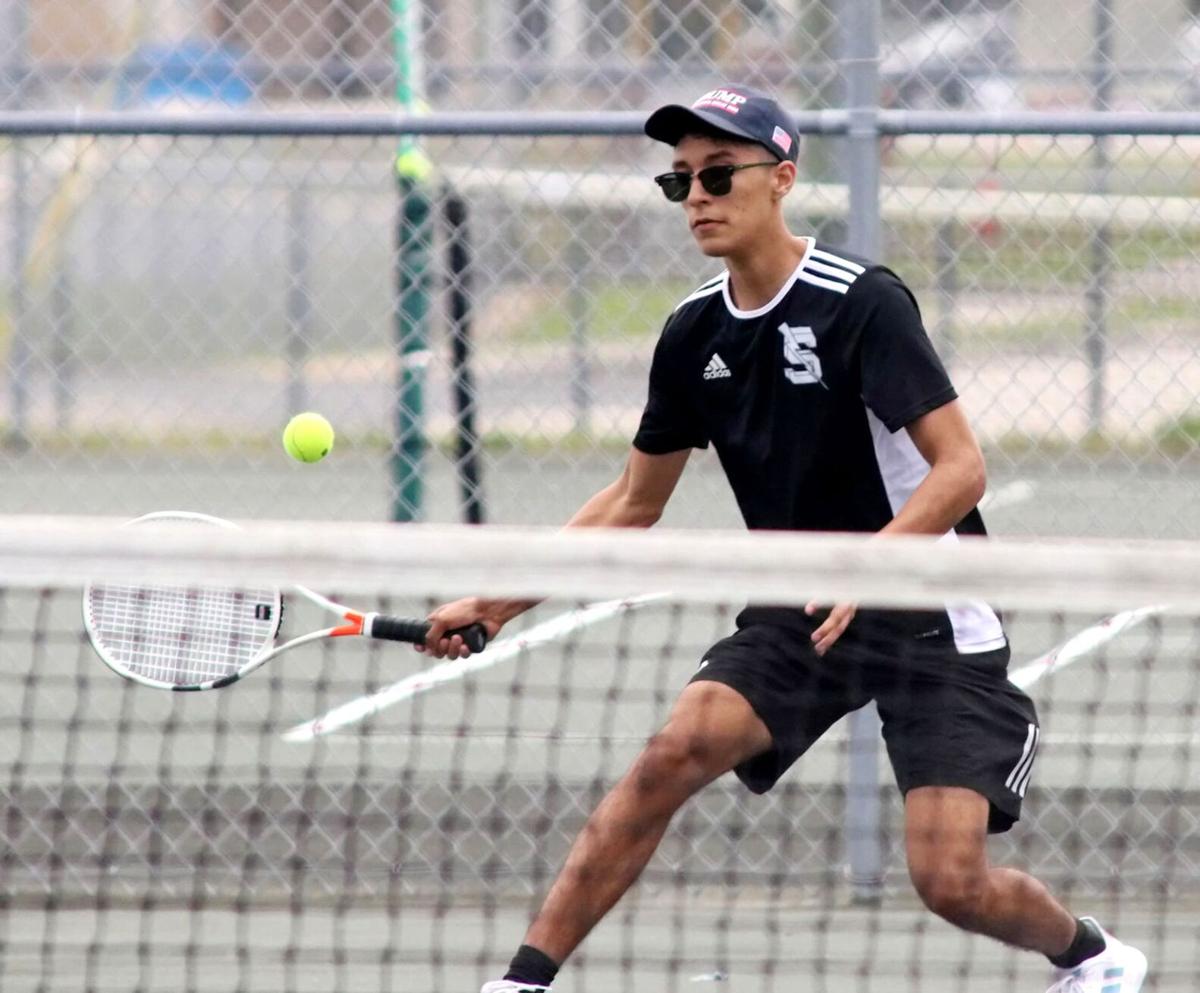 Sebring’s Elijah De La Neuz played in the No. 4 singles match at the State Championship.

The Sebring boys tennis team competed at the FHSAA State Championship in Casselberry this week.

Sebring’s Elijah De La Neuz played in the No. 4 singles match at the State Championship.

CASSELBERRY — The Sebring Blue Streaks tennis team competed in the Class 2A State Championship in Orlando this week where they faced the Eastside Rams from Gainesville. The Blue Streaks gave it their all but were knocked out of the competition in the first round.

“This team was extremely special,” stated Coach T.C. Lackey. “Most of the kid have never played a high school match until February and to make it to state is an outstanding accomplishment.”

The Blue Streaks dropped the doubles matches first. Trace Lackey and Vinay Krishnades came up short against the Rams’ Ethan Cockey and Benjamin Davis with scores of 6-2 and 6-1.

In the No. 2 doubles John Rogers and Elijah DeLa Nuez of Sebring were edged by Eastside’s Viktor Mai and Vedant Karalkar, 6-2 and 6-3.

Sebring Lackey and Krishnadas have been to the State Championship every year of their high school careers.

During the No. 1 singles Sebring’s Lackey faced off against Eastside’s Cockey. After a hard-fought battle Cockey came out on top with 7-5 and 6-2. Lackey served for the second set at 5-4 but was broke. Lackey then had a marathon game 11 that lasted over 20 minutes with the Rams prevailing and eventually breaking Lackey for the final game of the match.

At the state level matches are stopped at 4-0 and that is what happened in the No. 2 (Krishnadas) and 3 (Rogers) matches during the first sets but they were both up in their second sets, 5-2.

The No. 4 singles match between Sebring’s De La Nuez and Eastside’s Davis went to Davis. De La Nuez was defeated 6-2 and 6-0 after giving it his all.

Though the state tournament did not go Sebring’s way it was still a great experience for the players. They enjoyed the experience and meeting other teams from around the state. The Blue Streaks ended their season with a record of 11-4.