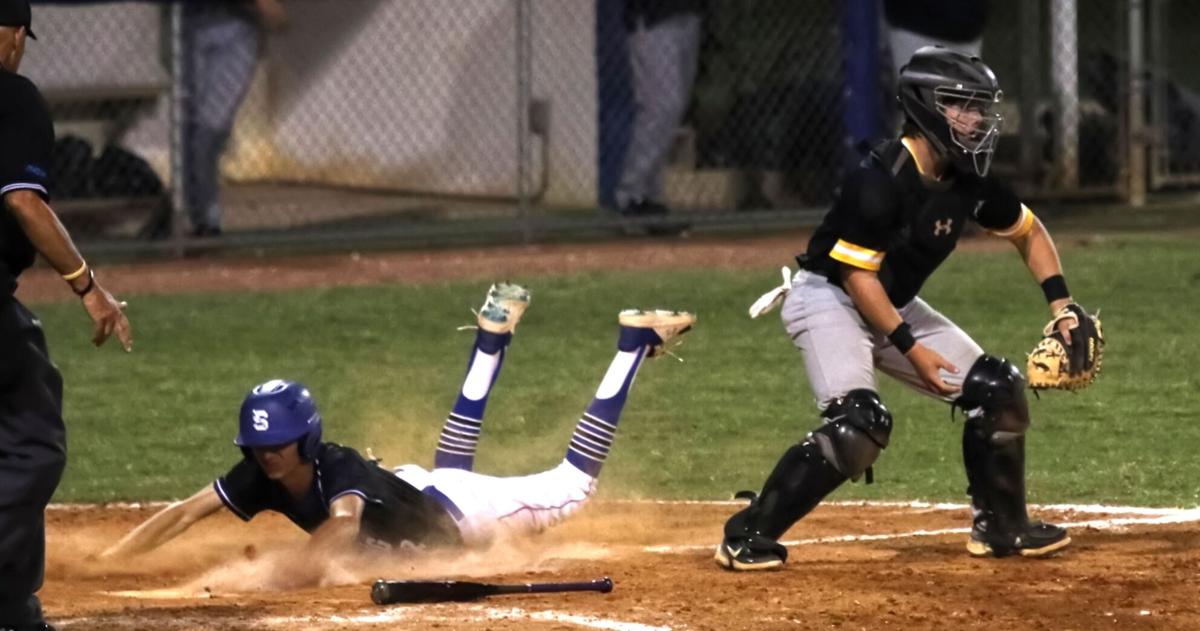 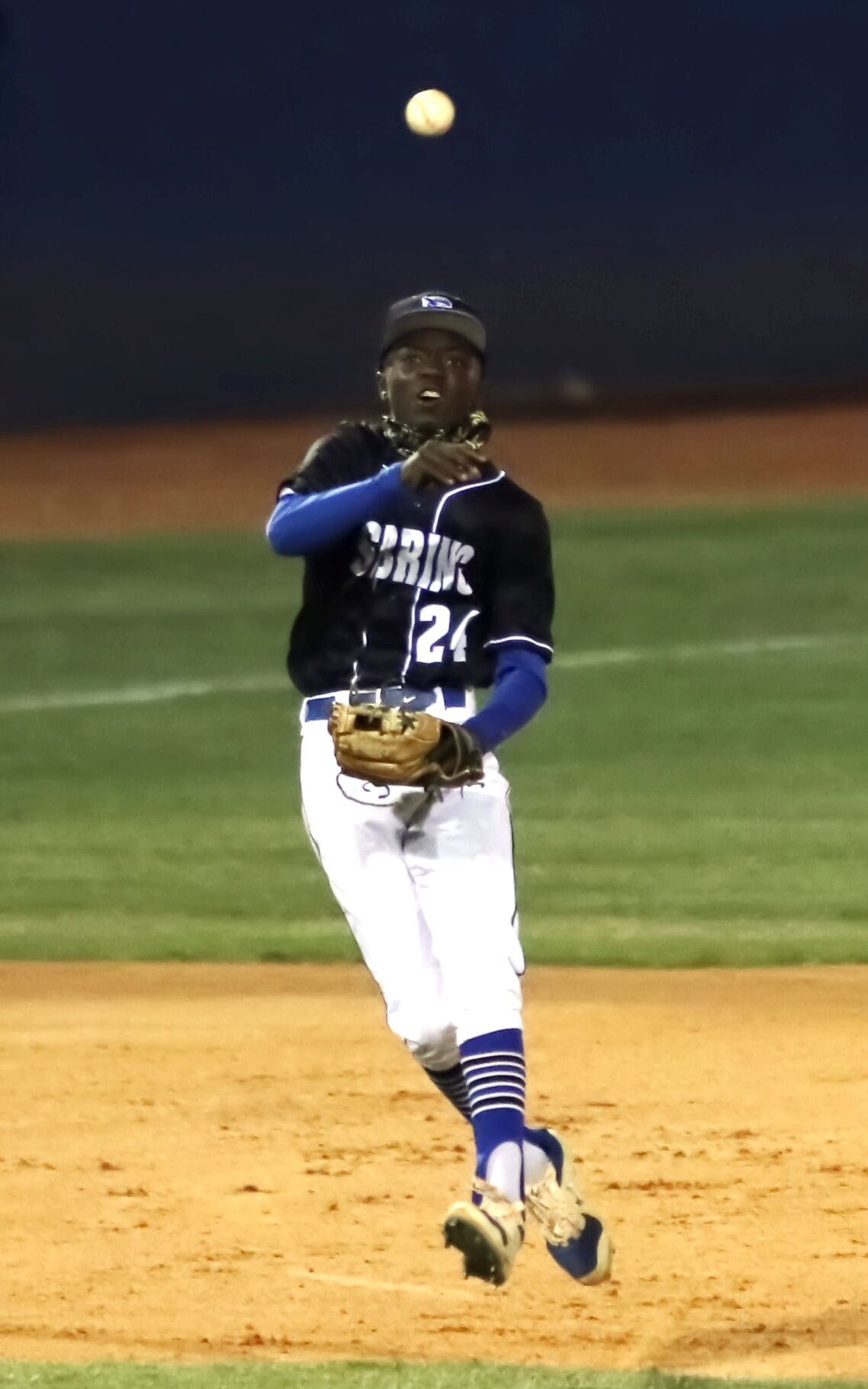 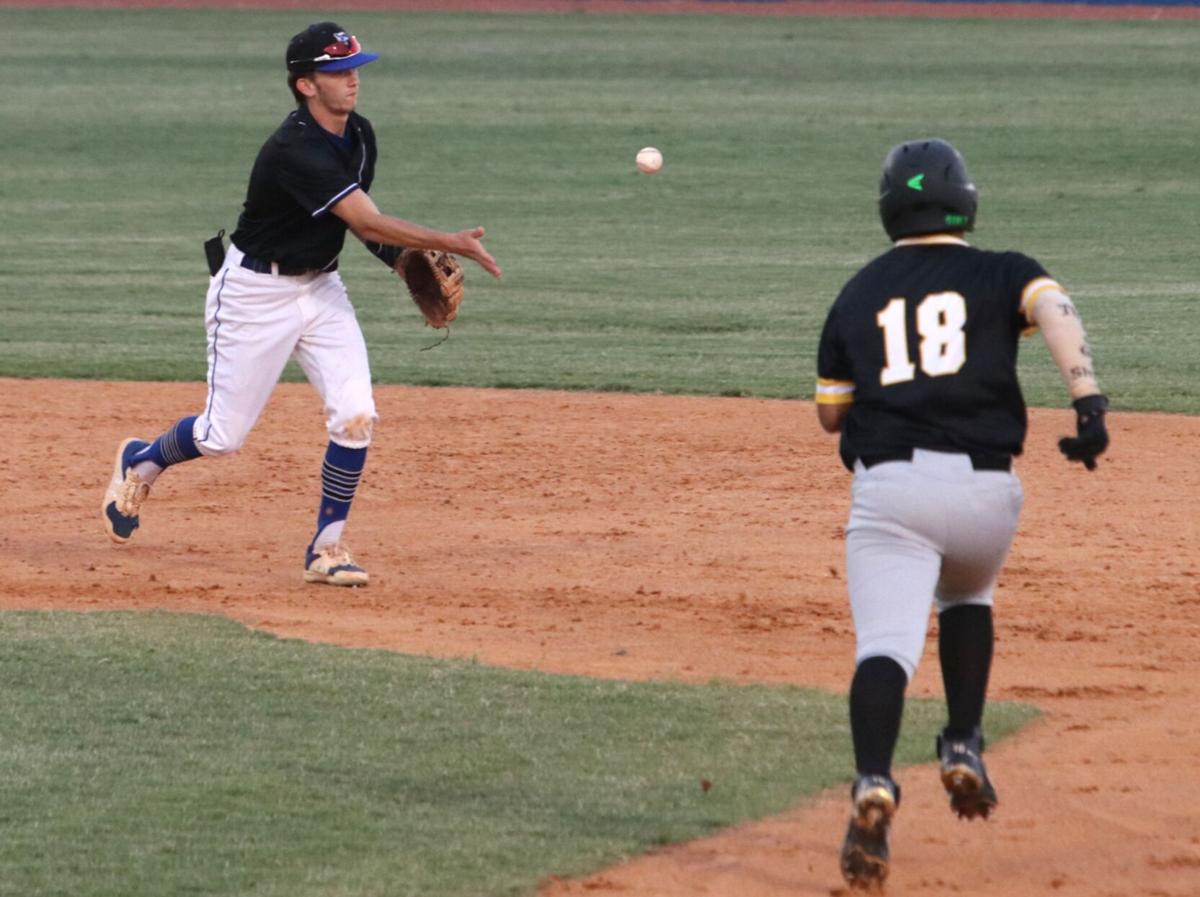 Sebring shortstop Joey Warner (1) makes the underhand toss to second base to get the lead runner out.

Sebring shortstop Joey Warner (1) makes the underhand toss to second base to get the lead runner out.

SEBRING – Weather delayed senior night two days, from Tuesday to Thursday night as the Sebring Blue Streaks played their final regular game of the season on Thursday night under cool conditions to a 5-1 win over the Fort Meade Miners.

“It was a great night for our seniors,” said Sebring Coach Jasone DeWitt. “It allowed them to play one last time in front of a good sized home crowd in the regular season.”

Eighteen players entered the game for the Blue Streaks and the six pitchers took the mound as Sebring’s Coach DeWitt made sure everybody played in the season finale.

Fort Meade started the game determined to ruin the festivities as they opened the game with back-to-back doubles against Blue Streak starter Matt Jones to take a quick 1-0 lead.

Jones answered getting out of the inning getting the next three batters out to keep the score at 1-0.

Sebring followed up by scoring two runs in the bottom of the first. Zachary Doorlag started the inning reaching on a walk and Trey Bender drove him in with a one out triple into right field to tie the score at one.

Case McClelland gave the Blue Streaks the lead with a double into right field to drive in Bender that put Sebring on top, 2-1.

After a scoreless second inning, Sebring extended their lead to 4-1 as Trey Rowe drove in Joey Warner and Peyton Spencer on a two run single into right field. Rowe tried to reach second on the throw home by the Miner’s right fielder, only to get gunned down at second on a throw by the Fort Meade catcher to the shortstop to end the inning.

Doorlag came in the third inning in relief of Jones for the Blue Streaks and with Cameron Kimbrall, Warner, Ashton Griffin and Rhett Vaughn each getting a turn on the mound throughout the game, held the Miners scoreless after the first inning. Together they combined to give up just one run on five hits while striking out eight batters.

Sebring capped off the scoring in the fifth inning as Jonathan Delgado drove in Freddie Perez to make the final score 5-1 as neither team scored in the six or seventh innings.

“Fortunately for us,” said Dewitt. “We did enough good things in the regular season to host the first round of the district tournament on Tuesday. We have a few more days of practice to get better and I think we are getting better that come Tuesday our guys will be ready. I have no doubt about it.”

Sebring will play the winner of Lake Wales and Lake Region game on Tuesday night for the Class 4A-District 11 tournament with a 7 p.m. start time.