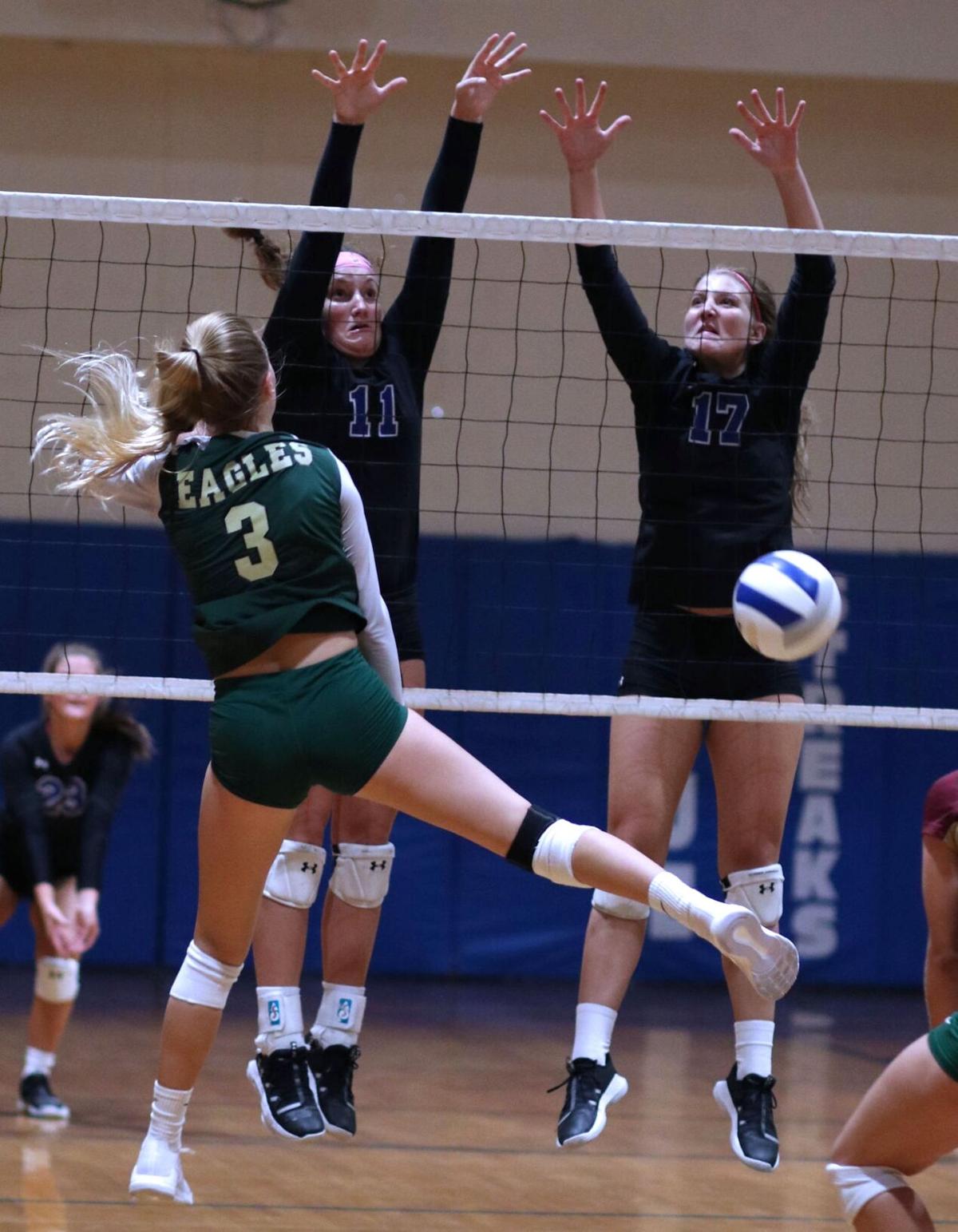 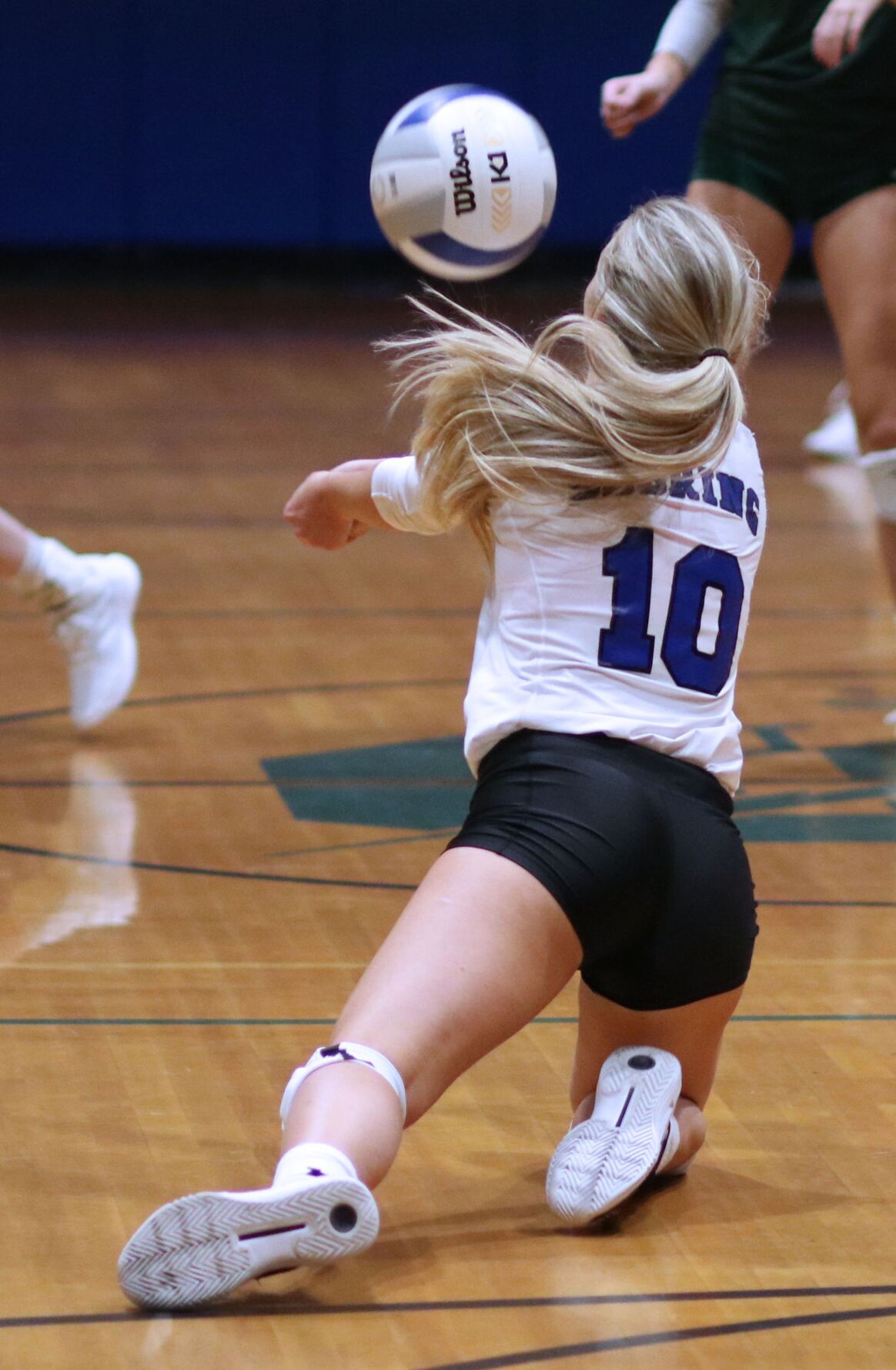 Sebring’s Carly Webb (10) makes a lunging save to keep the ball in play. 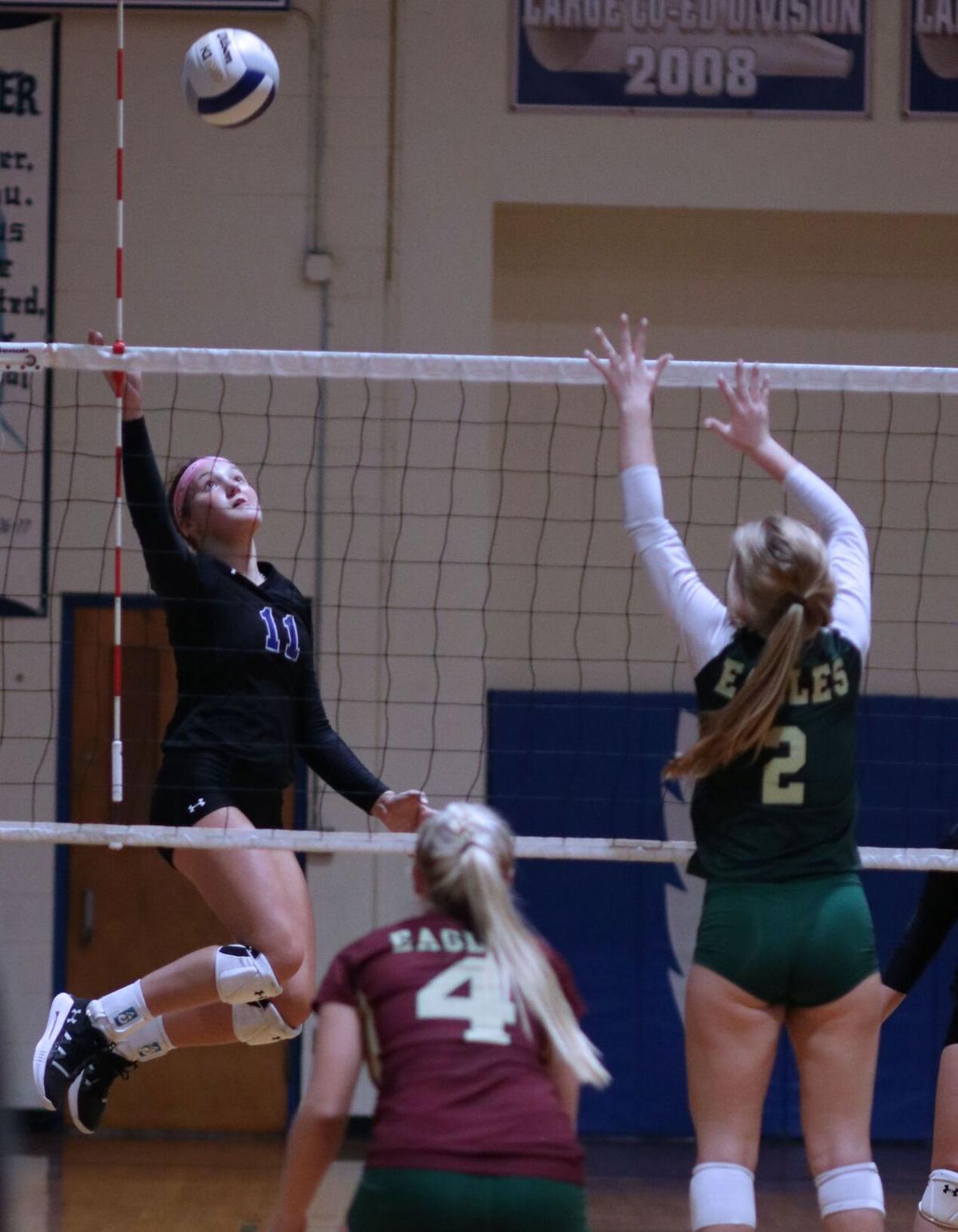 Sebring’s Carly Webb (10) makes a lunging save to keep the ball in play.

SEBRING – The Sebring Blue Streaks Volleyball team was given the opportunity to play in the Nike Tournament of Champions this past weekend, and though the Blue Streaks finished 1-4 during the tournament, Sebring Head Coach Vanessa Sinness indicated that it gave the girls invaluable experience playing against 7A and private school teams.

Sinness explained that Nike only holds three Tournament of Champions nationwide and that there are normally 96 teams participating, but COVID-19 changed all that. Instead of 96 teams, there were 24, 22 from Florida and 2 from Georgia including Sebring, who got an invitation to go.

“We were playing 7A schools and private schools and finished 1-4 on the weekend,” said Sinness. “I know that sounds bad, but how we played tonight you can tell tonight playing those great teams with all that speed helped us tremendously, we still have to work on our serve-receive. We did some great stuff this weekend and I know 1-4 sounds terrible, but it was the best learning experience. The girls were kind of bummed and I was frustrated too, but when you go back look at the stats and all the things we accomplished over the weekend, I went ‘Oh My Gosh, this is going to be so great’ for this week and going into districts next week.”

The Blue Streaks converted 30 kill shots on 91 attempts in the three game set with Ashley Bible leading the team with six on twelve attempts. Courtney Webb and Jordan Sinness each had five kills while Allie Cannady and Brooklyn Coke both registered four. George Jenkins Lilly Beardsley posted a match high of eight kills and Sarah Veach followed with seven.

Bible and Sinness led the Blue Streaks with four aces with Cannady posting two in the serving stats. Beardsley led the Eagles with a match high five aces.

Sinness and Allie Collier posted two blocks each to lead the Blue Streaks.

Sinness notched the most digs with seven, with Bible following with six. Sydney Porter and Greer Smoak following with five and four respectively. George Jenkins Kymber Brown led the Eagles with a match high eight digs.

Though the regular season is not quite over, seeding for next week’s Class 5A-District 12 tournament is already set, not by record, but by blind draw with Okeechobee seeding No. 1 and the host school.

Sebring drew third and will be facing Jensen Beach in the semi-finals starting at 6 p.m. in Okeechobee.