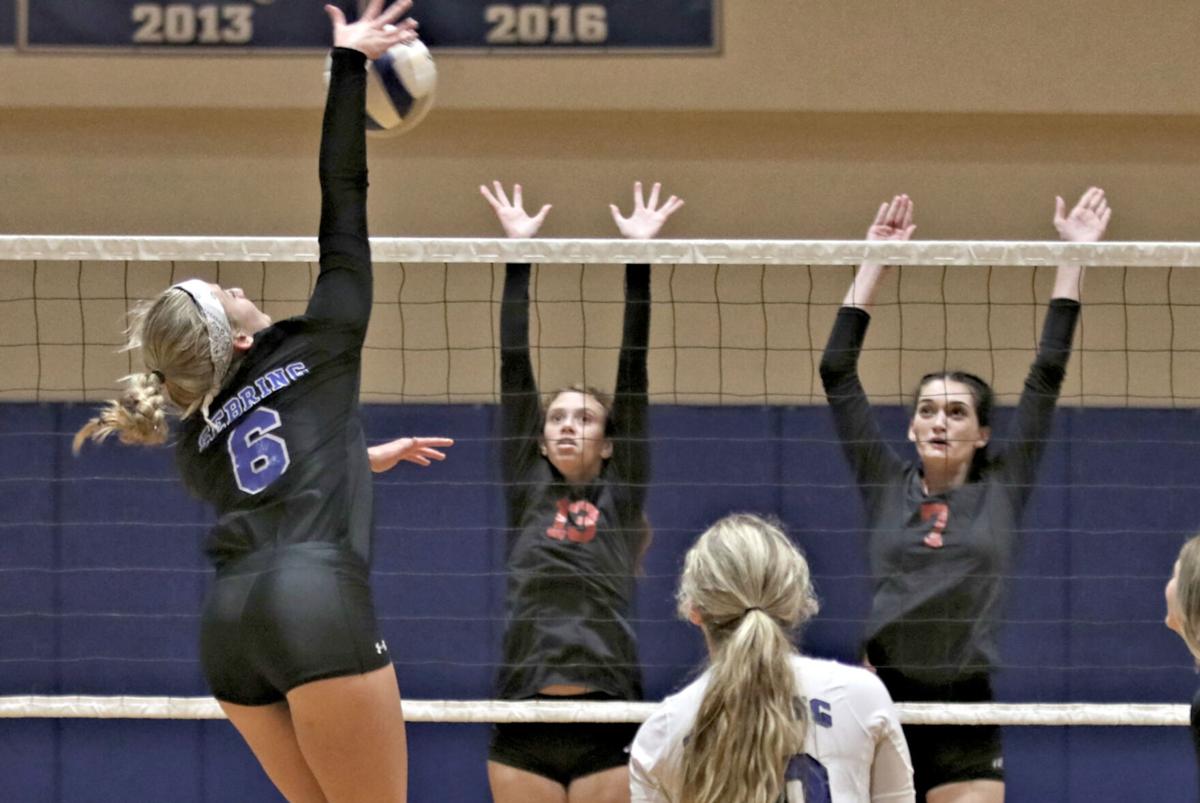 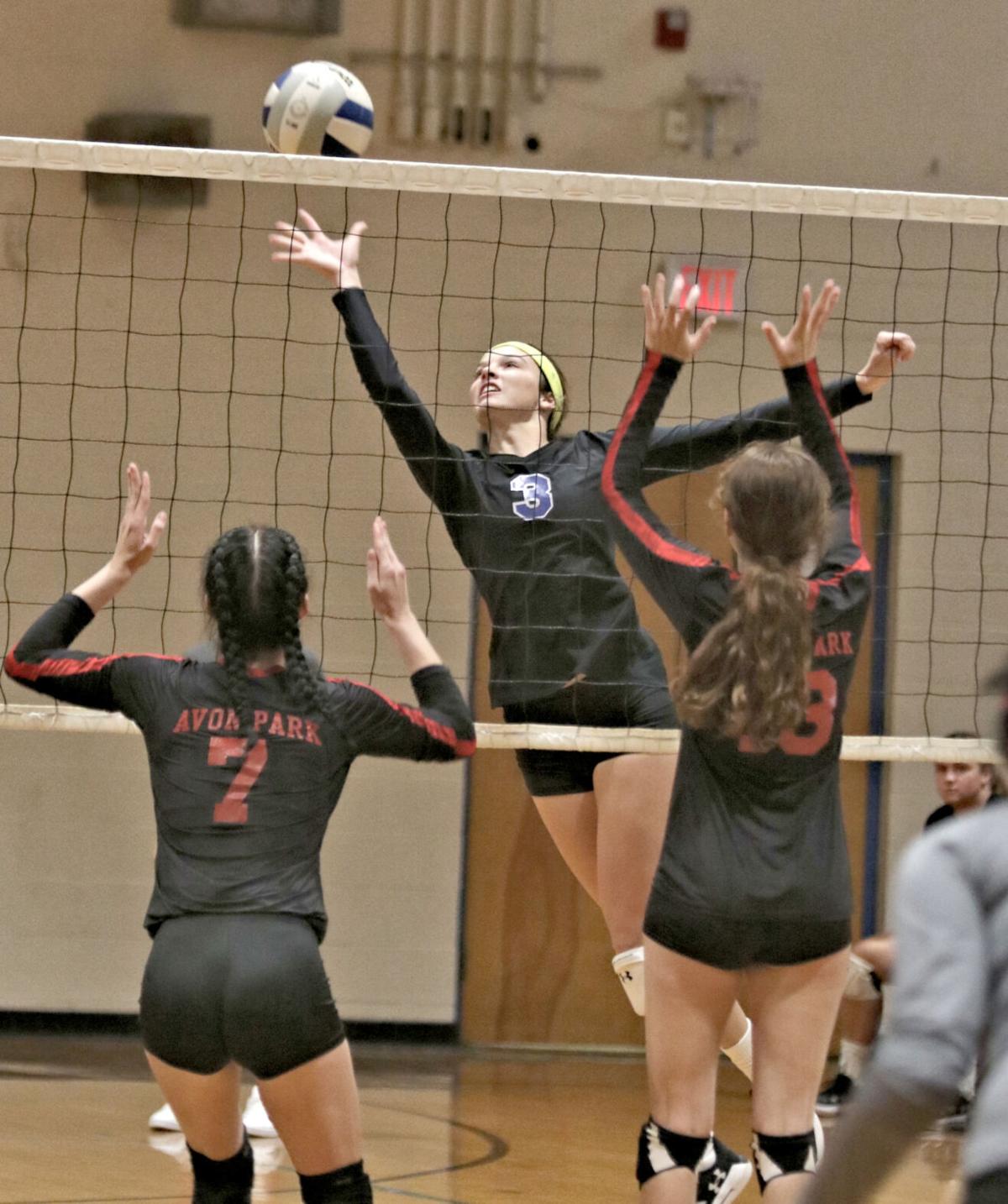 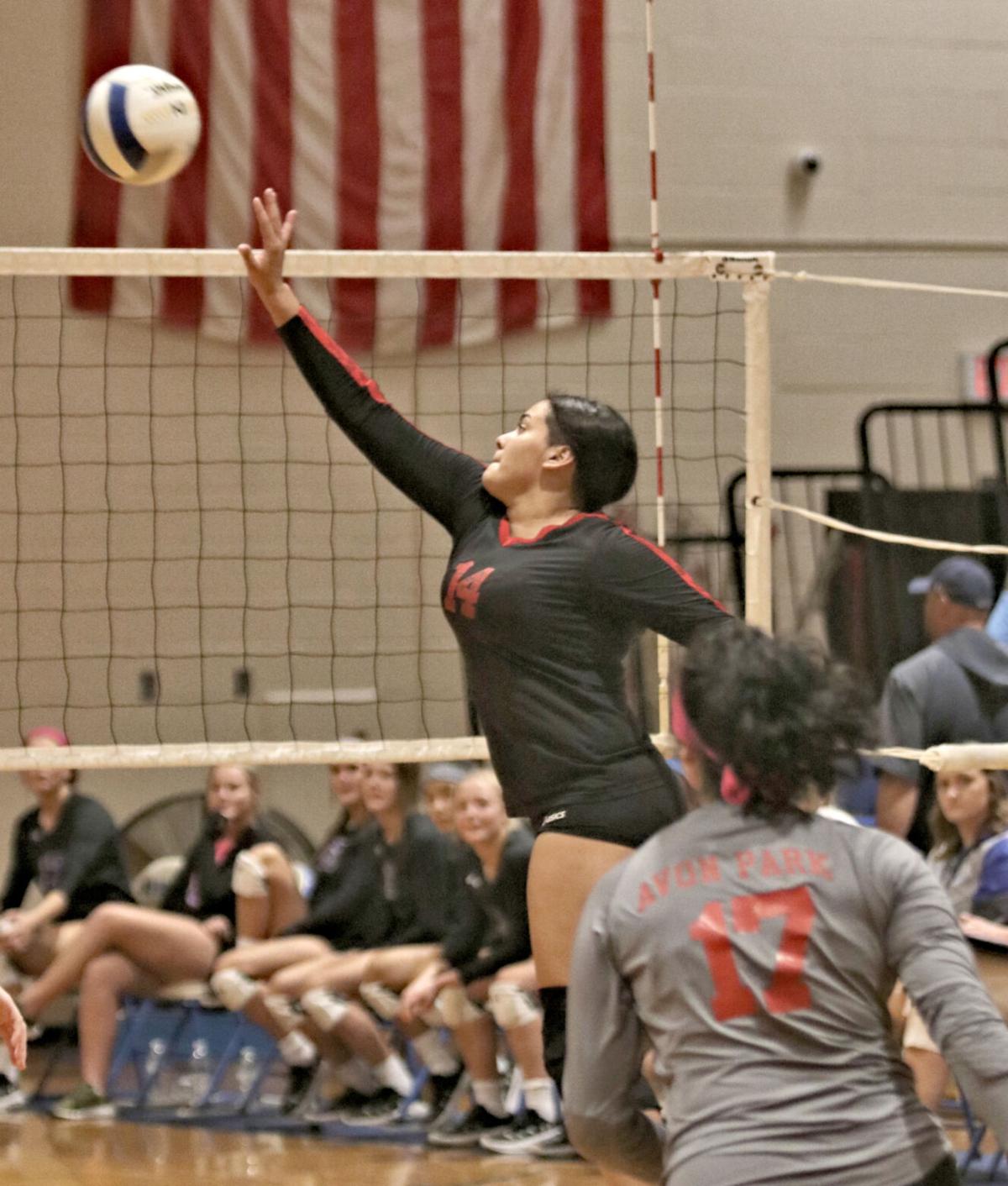 Avon Park’s Skyler Navarro (14) taps the ball over the net for a point. 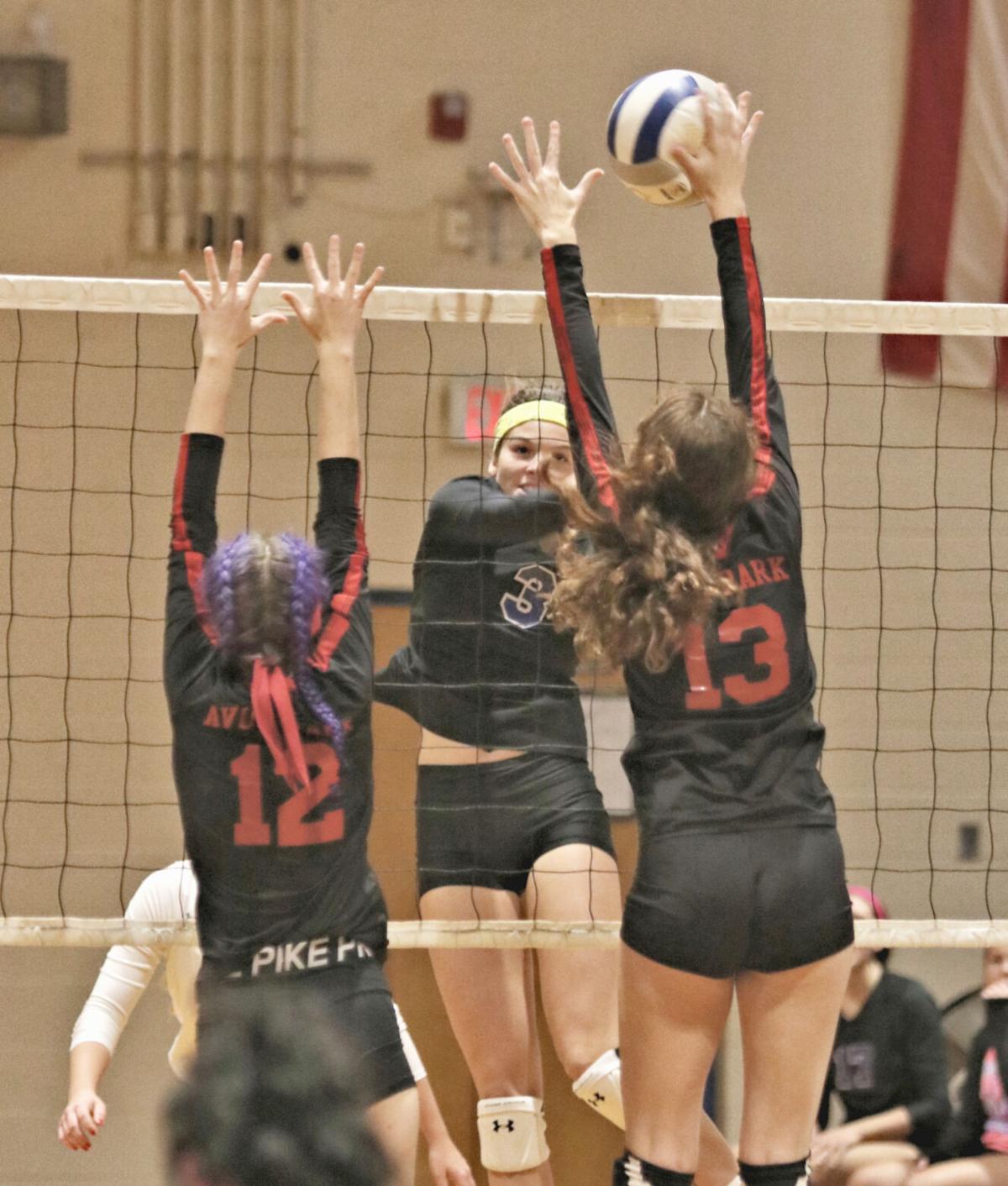 Avon Park’s Jennie Wirries (13) is able to get a hand on the shot attempt by Sebring’s Ashley Bible.

Avon Park’s Skyler Navarro (14) taps the ball over the net for a point.

Avon Park’s Jennie Wirries (13) is able to get a hand on the shot attempt by Sebring’s Ashley Bible.

SEBRING – The Sebring Blue Streaks volleyball team finished the season with their third straight win, beating the Avon Park Red Devils in straight sets: 25-11, 25-16 and 25-9. The win improved the Blue Streaks to 15-4 on the season while the Red Devils fell to 0-9 before heading into the district tournament next week.

“Just trying new things out,” said Sebring Head Coach Venessa Sinness. “Seeing what we can and cannot do. We started off slow, but how we finished kind of made me feel better. Going into next week is a whole different ball game, we are 0-0 and could be done on Tuesday is we lose.”

Playing the last three matches against teams that are not quite the caliber they are accustomed to playing in terms of speed and talent, there is always a concern with being ready for district and getting back up to speed.

“Changing gears is up to them,” continued Sinness. “They know and I told them that after such a great weekend that they are going into three games that are the total opposite. What are you going to do and how are you going to switch gears when it is time to play districts.”

“We have girls that are pretty good in doing that and we had the same situation last year in districts, we lost the first game to Jensen Beach before winning the next three. It may take a bit, but I have definitely talked to them.”

Avon Park finds themselves in a total different situation with a new head coach in Brianna Roque as of Wednesday, the Red Devils will need to seek for their first win of the season in the first round of the tournament against Lake Placid Green Dragons.

The Red Devils missed nearly half the season due to Covid-19 and the Head Coaching position that was in limbo, even though last year’s Head Coach Jamie Wirries remained with the team until a replacement was found and will continue with the team in a support role now that Roque has been named the Red Devils head coach.

“We had a little momentum in the second game that I thought would carry into the third,” continued Roque. “We have some mechanics that we need to work on. We are not pressing at the block, we are not shifting to line on our defense, so it is little things that I think if we are able to fix them, I think we will be fine on Tuesday.”

Next week starts a new season for the Sebring Blue Streaks, Avon Park Red Devils and Lake Placid Green Dragons with the start of the district tournaments on Tuesday.