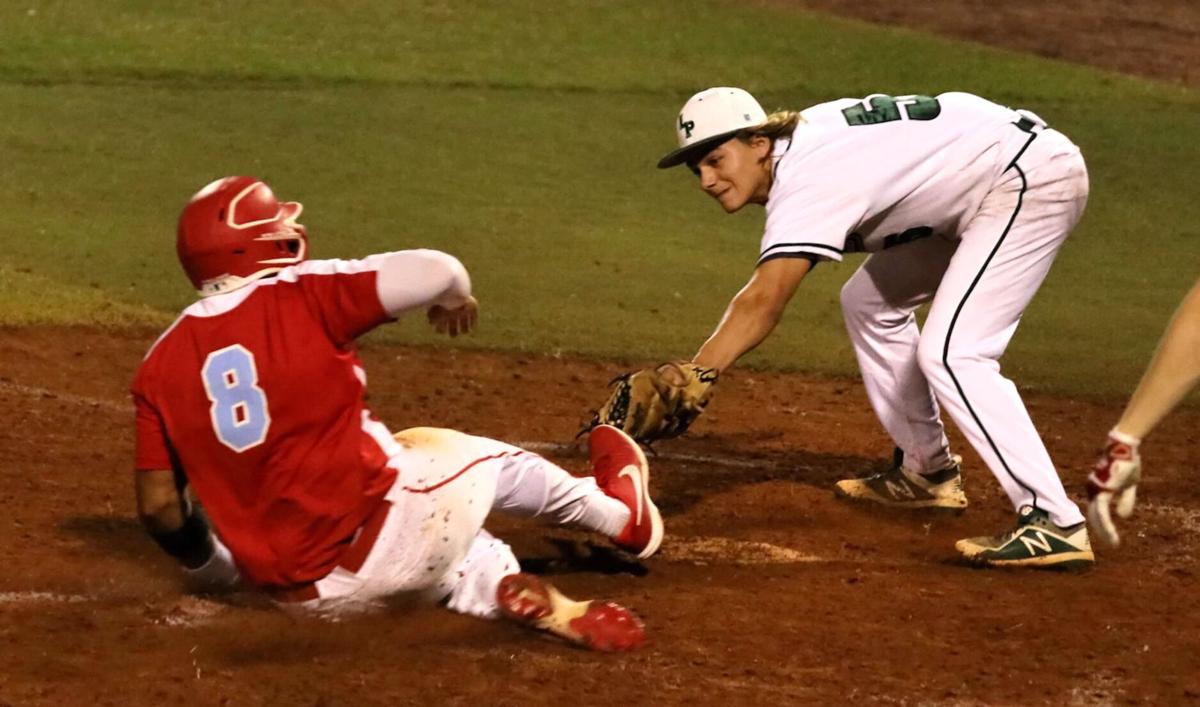 Frostproof’s Alex Bennett (8) is able to beat the tag of Lake Placid’s Ethan VanMerveldt (5) after a passed ball during Thursday’s game in Avon Park. 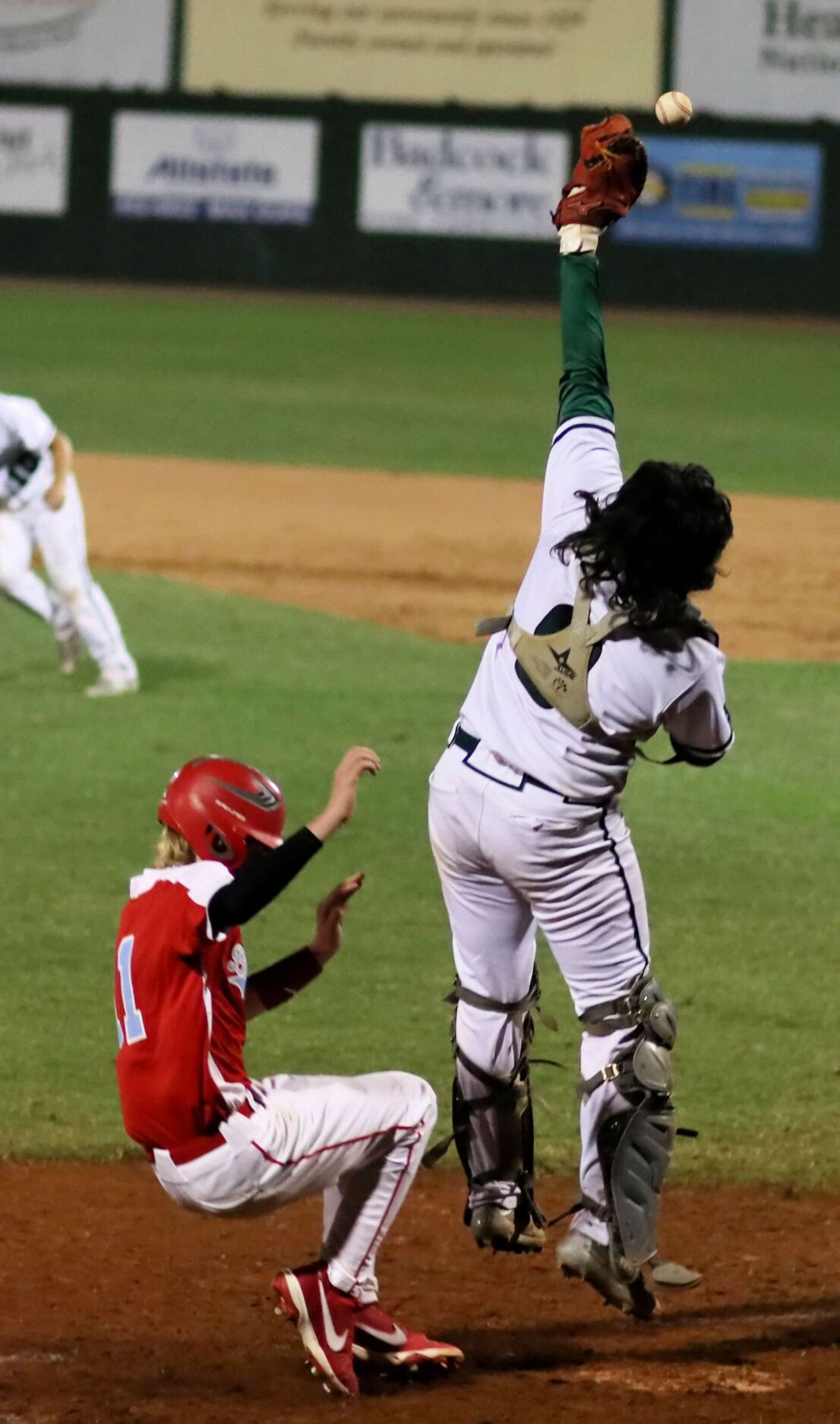 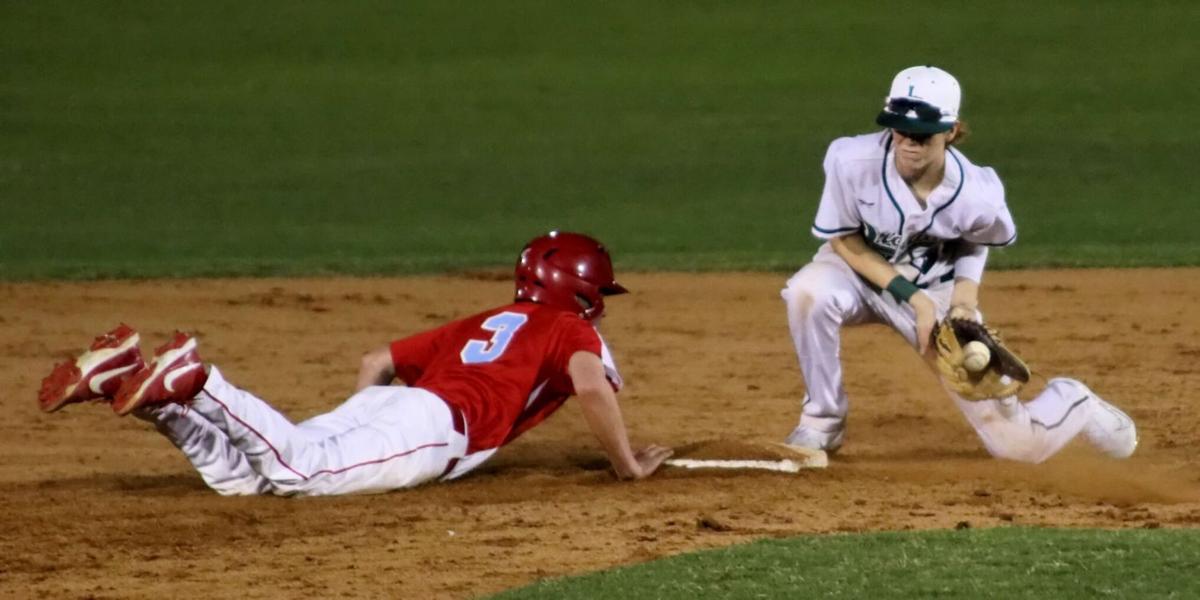 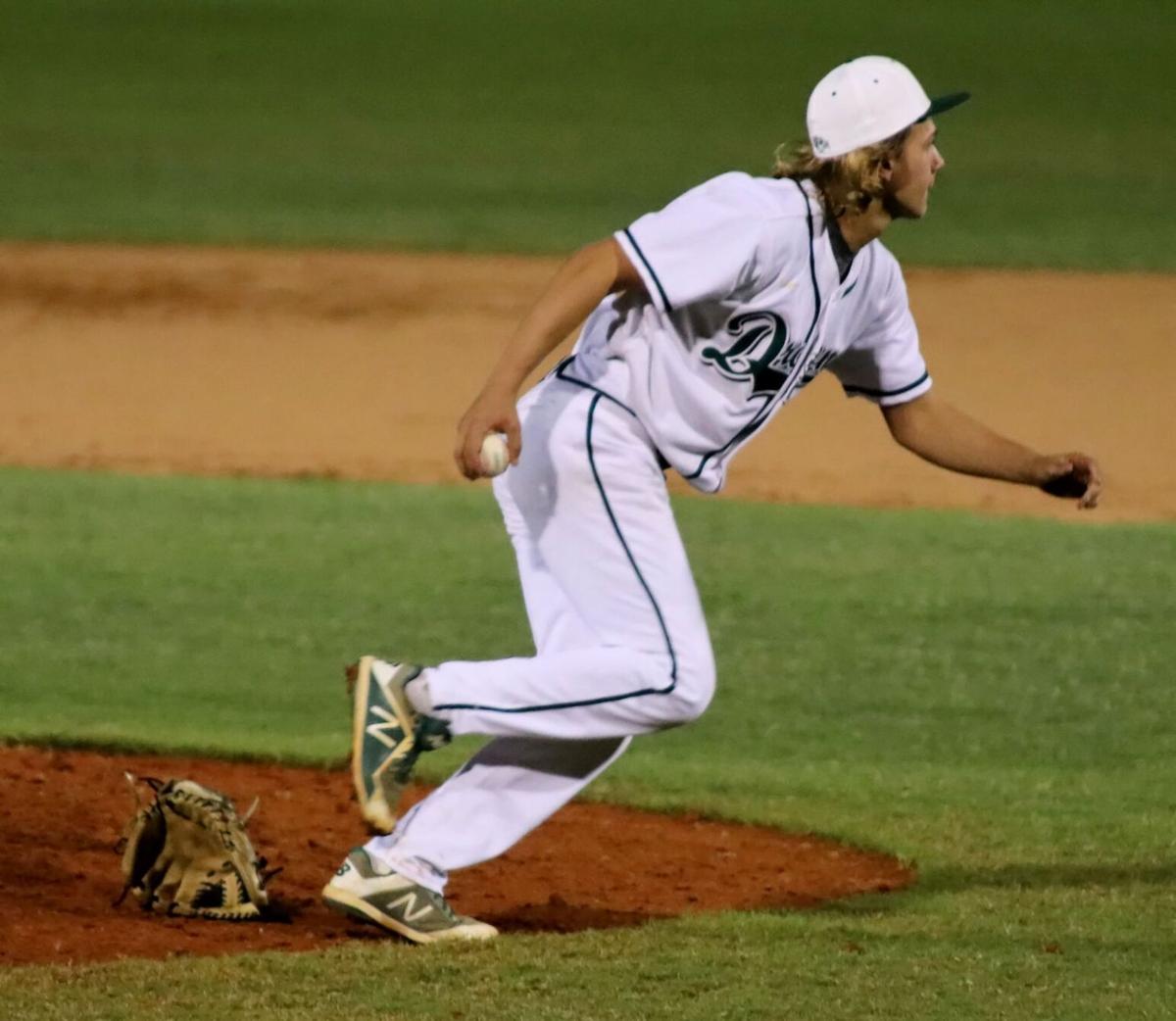 After having his glove knocked off by a line drive, Lake Placid pitcher Ethan VanMerveldt regained his composure to make the underhand throw to first for the out.

Frostproof’s Alex Bennett (8) is able to beat the tag of Lake Placid’s Ethan VanMerveldt (5) after a passed ball during Thursday’s game in Avon Park.

After having his glove knocked off by a line drive, Lake Placid pitcher Ethan VanMerveldt regained his composure to make the underhand throw to first for the out.

AVON PARK – The Lake Placid Green Dragons could not overcome several errors as they lost to the Frostproof Bulldogs 14-4 Thursday night to drop to 0-2 on the season.

After falling behind in the first inning to Frostproof 1-0, Lake Placid manufactured a run in the top of the second to tie the game.

Case Simmons led off the inning reaching base after being hit by a pitch and stealing second base. With one out, Brian Tharp walked and that was followed by a sacrifice bunt by Donovan Lusby to move Simmons to third and Tharp to second.

Simmons scored on an infield single by Damian Brown to tie the game at one.

Frostproof answered with three in the bottom of the second. With runners on first and second, both hit by pitches, Chris Gordon hit a one out single up the middle to drive in one run to put the Bulldogs back on top 2-1.

Ben Carver followed with a double down the right field line that drove in two more runs to extend the Bulldogs lead to 4-1.

Heading into the fourth inning after a silent, quick and scoreless third inning, the Green Dragons quickly loaded the bases with leadoff walks to Tharp and Lusby and a perfect bunt single by Brown that got past the Frostproof pitcher and the shortstop could not get to it in time to make a play.

Lake Placid tied the game at four apiece on a sacrifice fly by Rayshawn Legree into left field that drove in Brown.

Three errors in the bottom of the fourth coupled with a leadoff walk allowed Frostproof to score three runs on zero hits and retake the lead at 7-4 after four innings.

The Green Dragons went down in order in the top of the fifth and appeared that they were going to get out of the bottom half unscathed despite giving up a leadoff error and a walk.

Lake Placid pitcher Ethan VanMerveldt got two consecutive outs on a pop out back to him and a fielder’s choice on a force play at third.

A walk loaded the bases with two outs, then back-to-back base hits by Frostproof plated four runs to make the score 11-4. The first being a single up the middle by Jack Maggard to drive in two and a double by Alex Bennett down the right field line drove in another pair of runs.

A walk and a couple of passed balls allowed Bennett to score to make the score 12-4. A single by A.J. Gable drove in another run making the score 13-4 and an error by Lake Placid on the next batter allowed another run to score as Frostproof took a 14-4 lead to end the game on the ten run rule as Lake Placid allowed seven runs to score after two outs.