You are the owner of this article.
Edit Article Add New Article
You have permission to edit this article.
Edit
Login
I want to
Publications
News
Business
News Archives
Classifieds
Obituaries
Sports
Events
Featured Sections
Viewpoint
Announcements
Subscribe
E-Paper
Public Notices
Contact Us
Share This
1 of 5 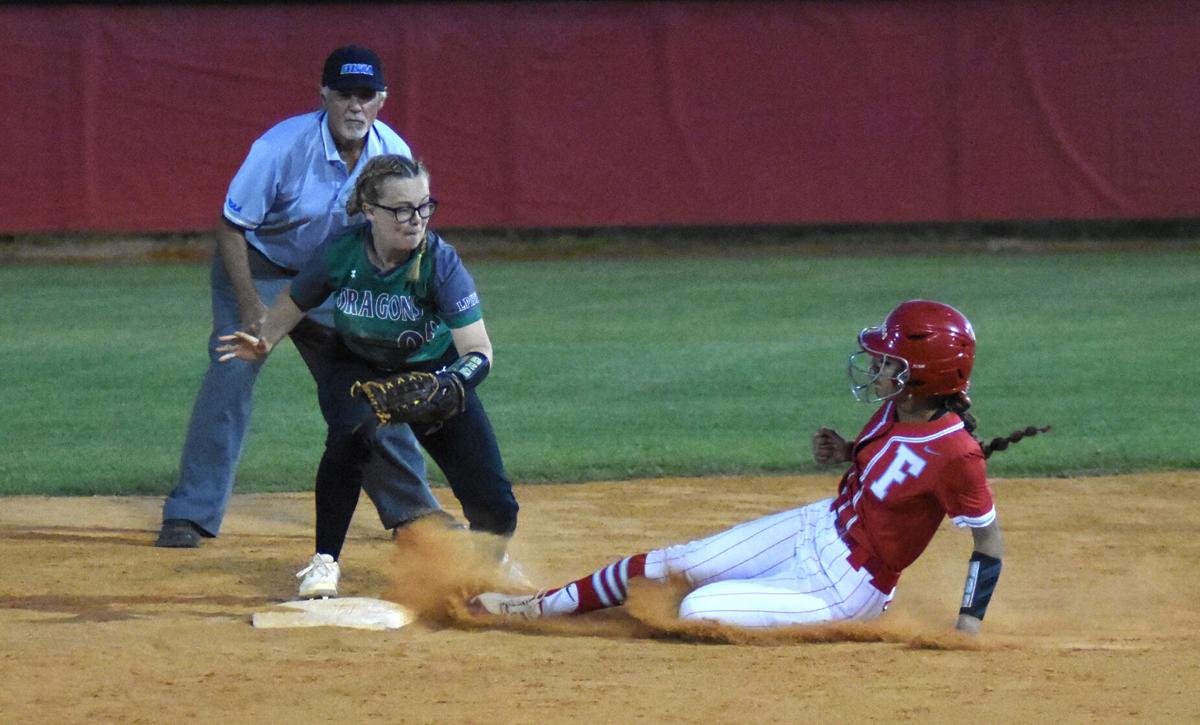 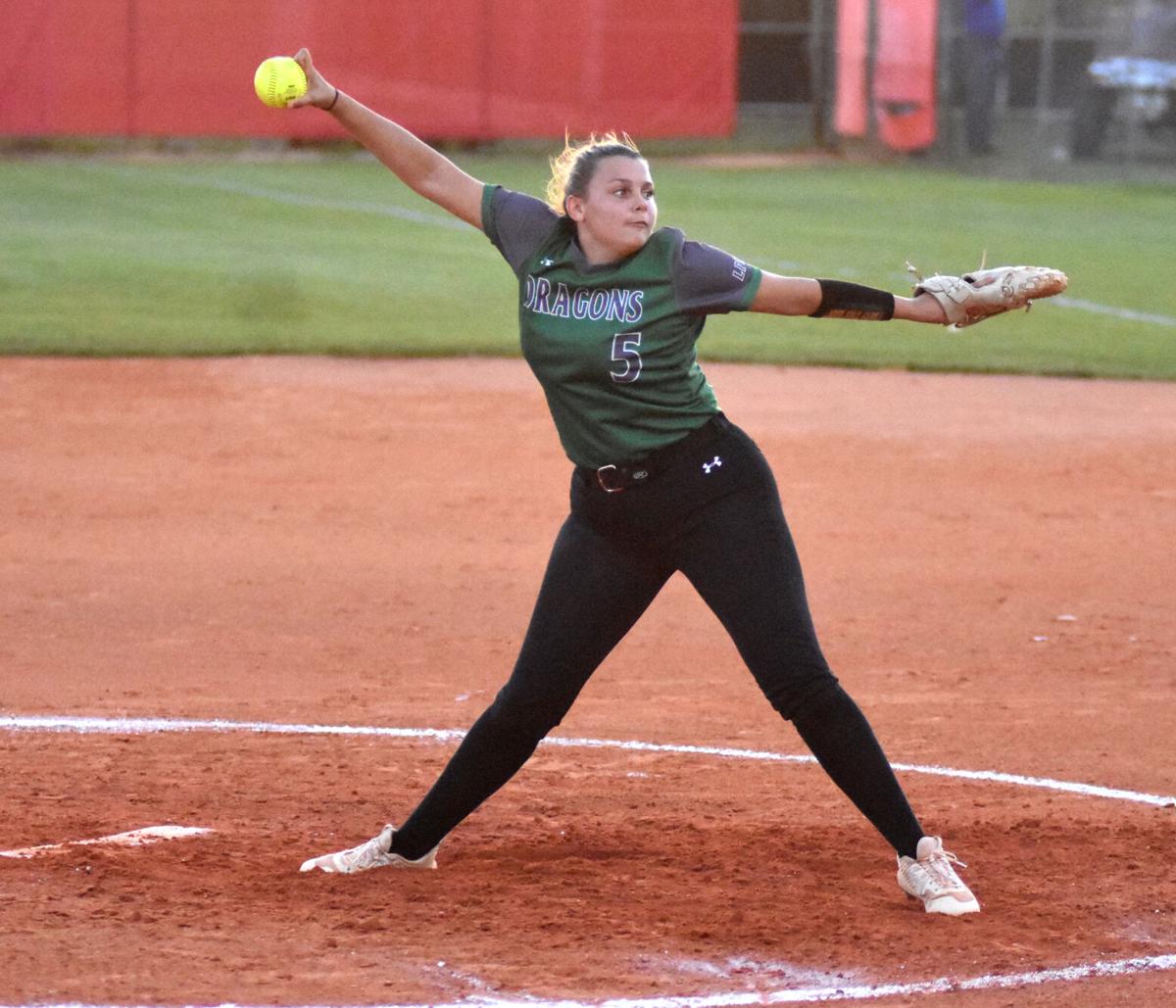 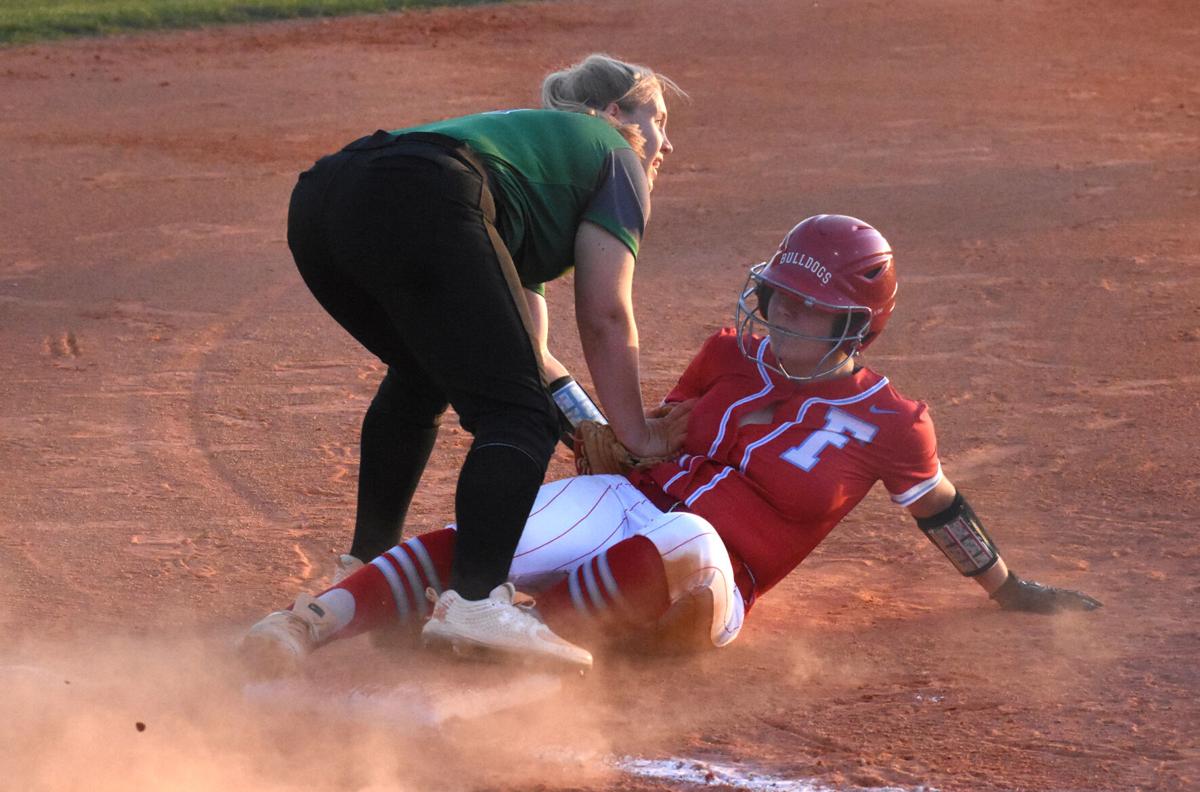 Lake Placid’s third baseman, Lilly Canevari (11) tags Frostproof’s Casey Whttington (13) as she slid into third for an out. 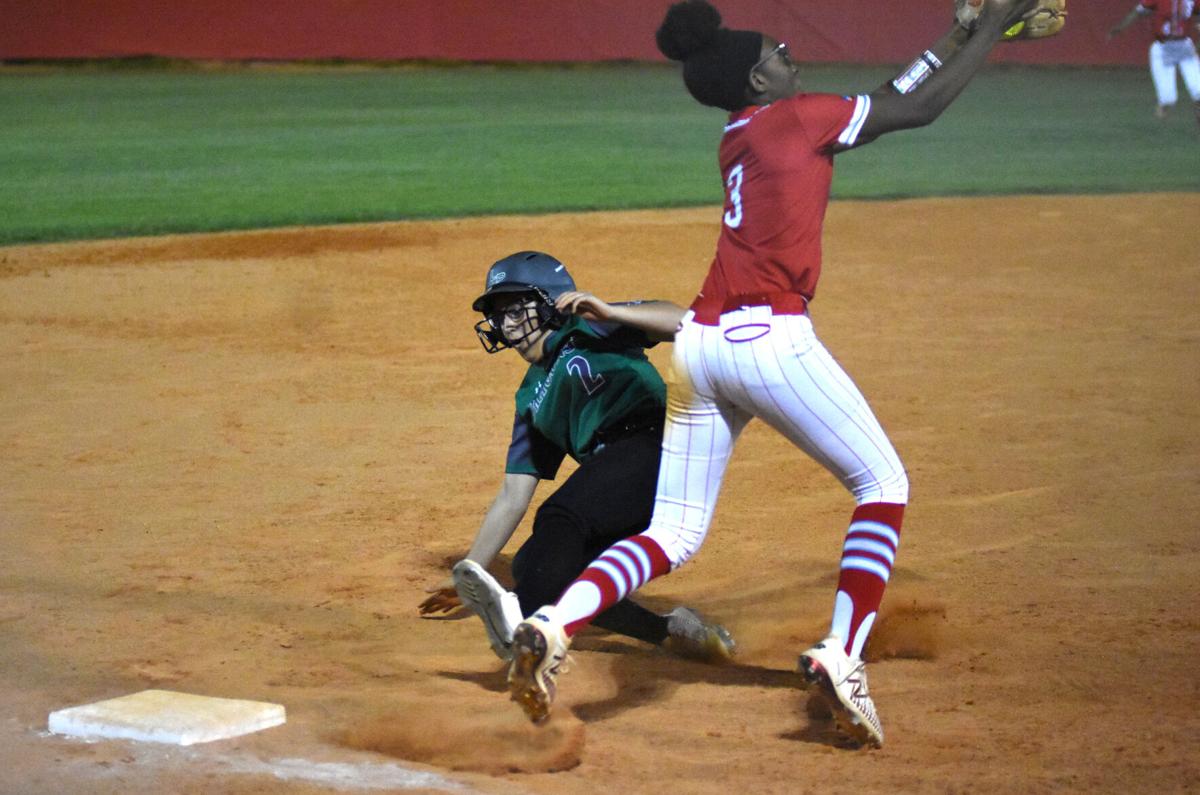 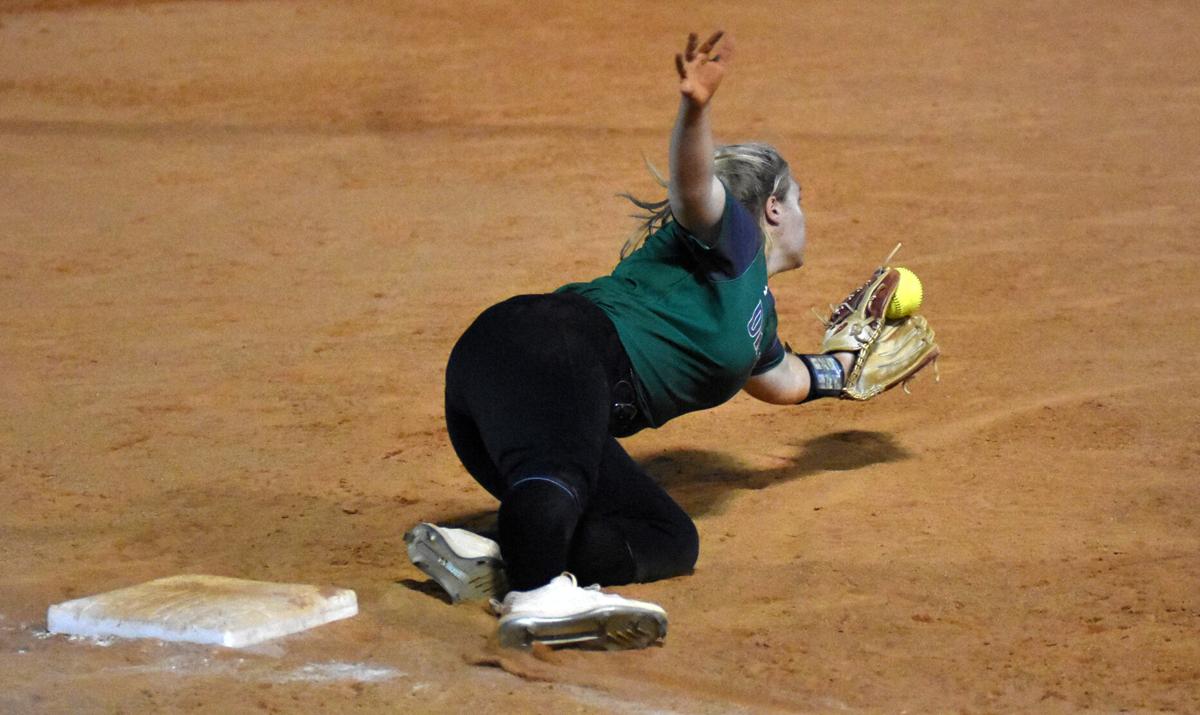 Lake Placid’s Lilly Canevari (11) dives for the ball at third base.

Lake Placid’s third baseman, Lilly Canevari (11) tags Frostproof’s Casey Whttington (13) as she slid into third for an out.

Lake Placid’s Lilly Canevari (11) dives for the ball at third base.

FROSTPROOF — The Lake Placid Green Dragons came out of the gate strong during the Class 3A-District 11 semi-final game against the Frostproof Bulldogs. Unfortunately the Bulldogs rallied late to defeat the Green Dragons 8-5.

“We had one bad inning and that’s all it was,” said Lake Placid Coach Gus Diez. “I had some problems with the umpires. She (Frostproof pitcher, Belle Mancillas) was pitching illegal and they didn’t call it. I don’t know if they know what it is but it made a difference. This team has beaten Sebring twice and Sebring couldn’t get a run against them but we got run-ruled by Sebring twice and then we hung with Frostproof through the seven innings.”

Lake Placid lost despite out hitting Frostproof 11 to 10 and the Bulldogs having questionable pitching. Green Dragons’ pitcher Kaylee Mitchell took the loss allowing 10 hits, eight runs over six innings and she struck out two.

“Our pitcher struggled a little bit,” explained Diez. “When it counted she threw strikes like she is supposed to, she battled back, it was rough at the beginning but she worked through it.”

The Green Dragons jumped out into the lead early in the first inning. Mitchell ledoff with a rope into right field for a double. Caidence Lingenfelter hit a grounder to first to advance the runner to third. Madisyn Garduno knocked a hard grounder to left field for a single and sending home Mitchell for an RBI. Garduno took second on a wild pitch.

Kaylee Underwood doubled on a grounder to third driving home Garduno for an RBI increasing Lake Placid’s lead to 2-0. Underwood stole third a short time later. Lilly Canevari drew a walk to put runners on the corners. Aiziyia Patterson rocketed a fly into left for a triple that drove home Underwood but Canevari was tagged out sliding home ending the top of the first inning but the Green Dragons lead had swelled to 3-0.

The Bulldogs fought back in the bottom of the first. Calonnie Holmes drew a walk and swiftly stole second and then third. Menzie Neal popped out to left field driving home Holmes on a sacrifice fly. The Bulldogs had runners on first and second when Jordan Brantley doubled on a rope to centerfield driving in Caden Smith for an RBI. The Bulldogs chopped the deficit to 3-2.

Lake Placid expanded their lead in the top of the third. Lingenfelter singled on a line up the middle to centerfield. Underwood stepped to the plate and sent a rope into left field for a double driving in Lingenfelter for an RBI giving the Green Dragons a 4-2 lead.

Frostproof evened the score in the fourth inning. Chloe Martinez singled on a grounder to first and was brought home on a line drive double by Casey Whittington bring the Bulldogs within one, 4-3. Whittington advanced to third on an throwing error.

Bulldogs’ Karah Brantley bunted, Lake Placid’s pitcher Mitchell, looked at the runner at third and threw to first. First baseman, Underwood, tagged out the runner then threw home to catcher, Patterson, for a double play. Holmes singled and was driven in by Neal on a line to left field tying the game at 4.

The Green Dragons reclaimed the lead in the top of the fifth. Lingenfelter singled on a grounder to shortstop and stole second and then third. Underwood drove in Lingenfelter on a grounder in front of the catcher and Underwood advanced to second on a throwing error. Lake Placid held a slight 5-4 lead.

In the bottom of the fifth Frostproof rallied past the Green Dragons. Smith drew a walk, Callie Hayes singles on a fly to center and drove in Smith tying the game at 5. With runners on first and third, Martinez hit a sacrifice but reached on an error, allowing Hayes to score. Brantley advanced to third. Whittington bunted plating Brantley and Martinez advanced to third giving the Bulldogs a 7-5 lead.

“My first baseman, (Kaylee) Underwood, stood out,” stated Diez. “She hit the ball well, ran the bases well and she was apart of that double play. She did very good. I have two seniors that are graduating so I will still have a good core next season. I also have a few freshmen that will be positive for us. Mona Boauxis is a bullet, she is fast and (Makenzi) Durbano played well this year. It is always hard to replace a senior.”

The Lake Placid Green Dragons were unable to answer, falling to the Frostproof Bulldogs and ending their season. The Green Dragons finished the season with a record of 13-12.