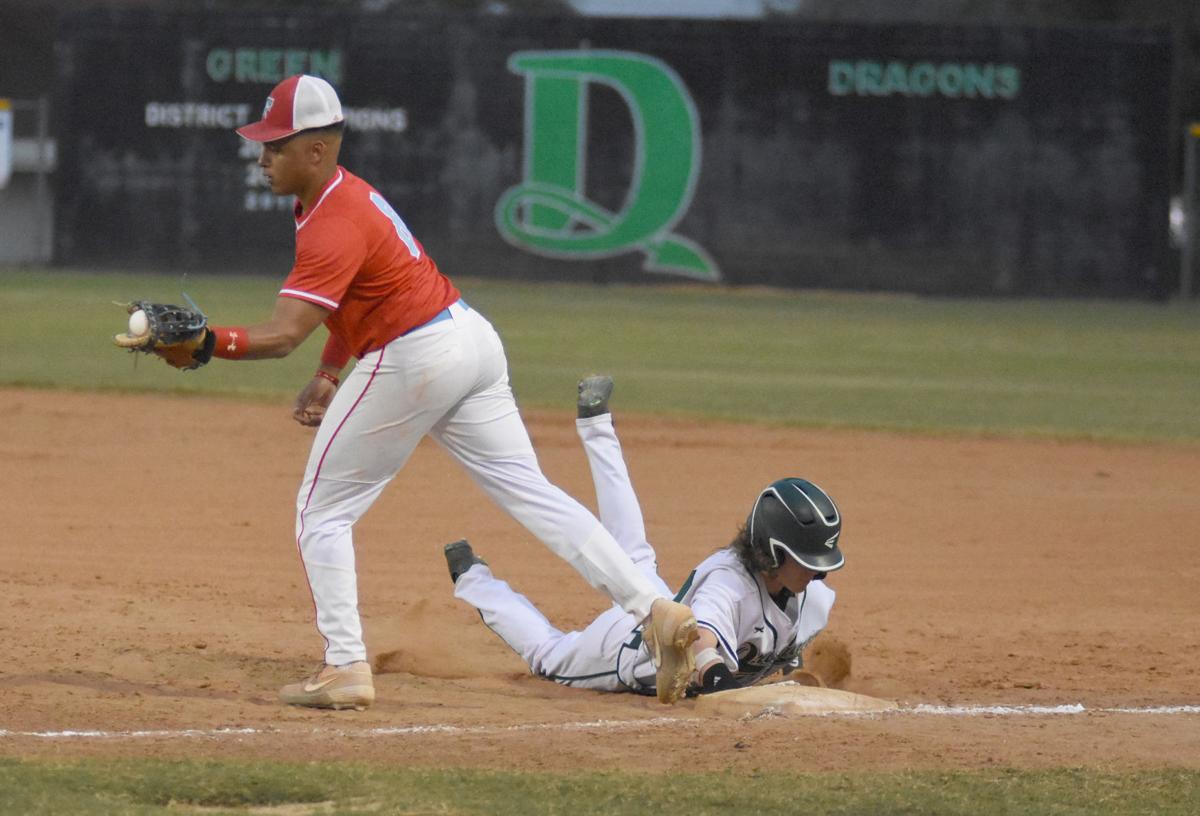 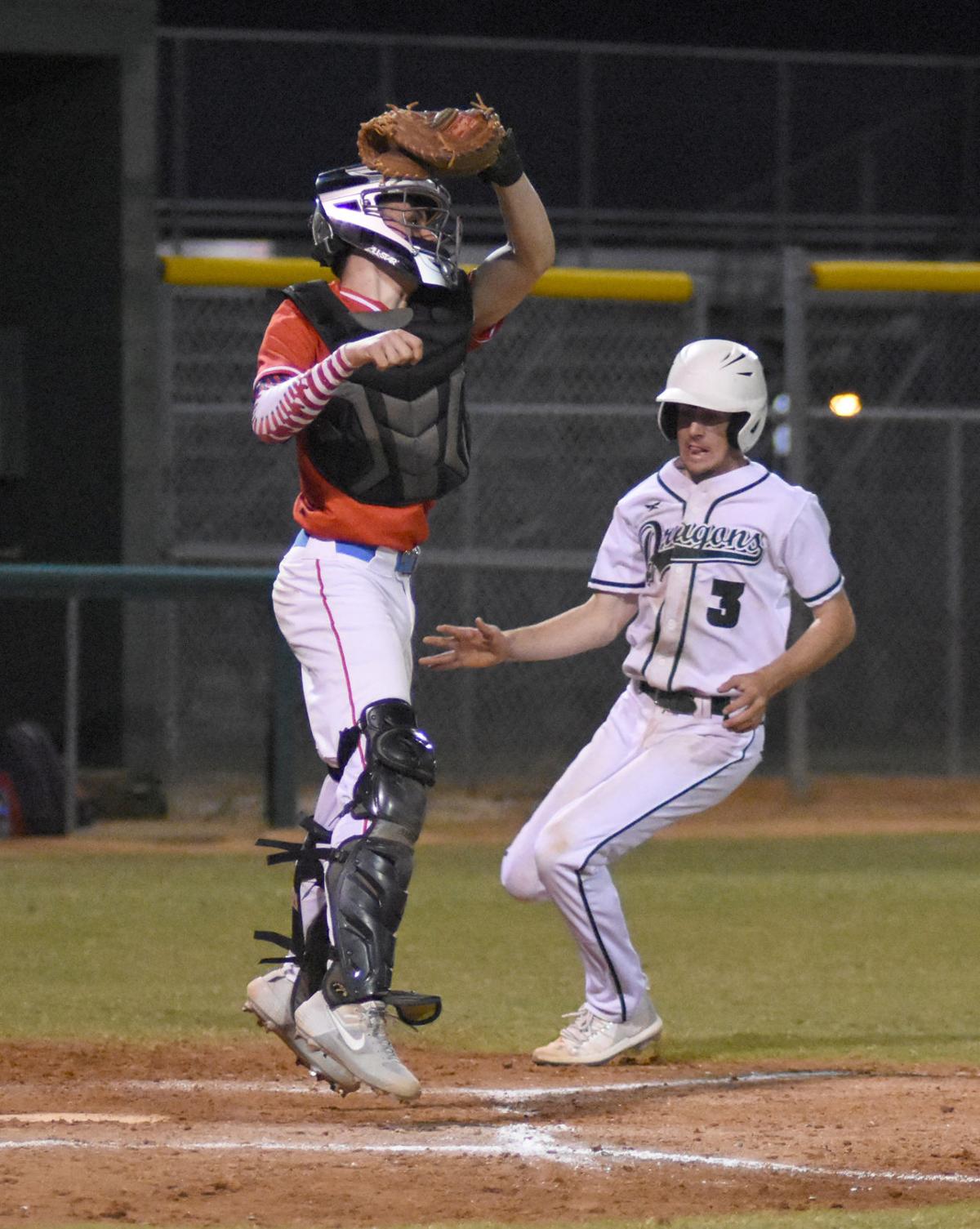 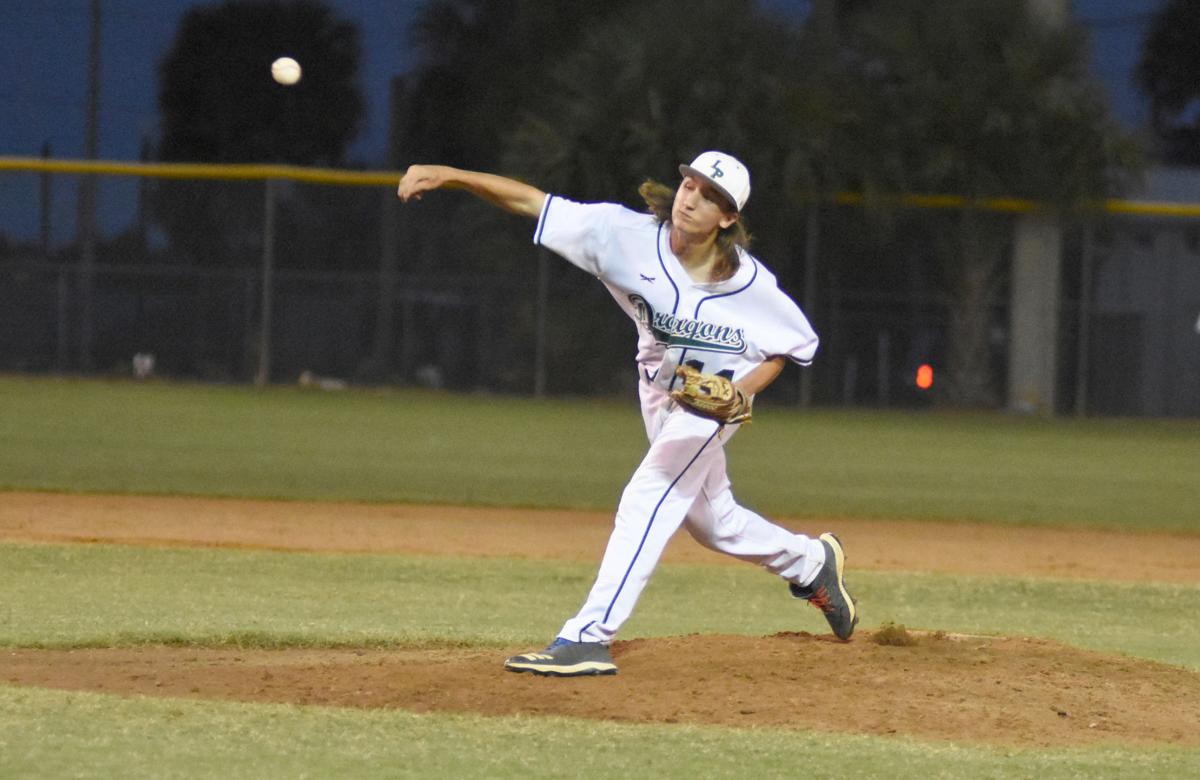 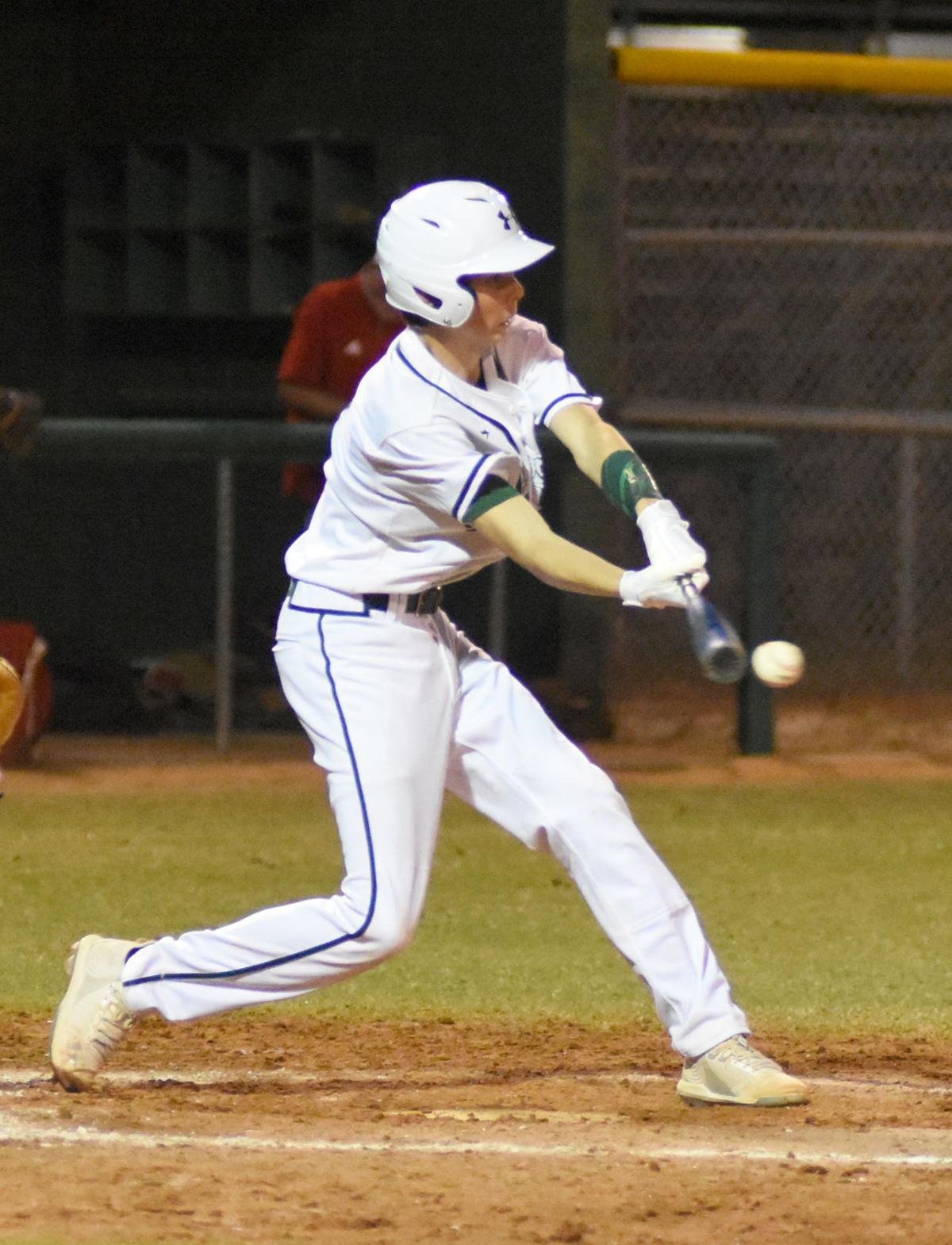 LAKE PLACID — The Lake Placid Green Dragons hosted their Class 3A-District 9 foes, the Frostproof Bulldogs, Thursday night on the diamond. The Green Dragons downed the Bulldogs 3-1 increasing their record to 3-6 for the season and bringing the district record to an even 1-1.

“We’ve been struggling a little bit and trying to find our identity,” said Lake Placid Coach Harry Tewksbury. “I think these guys are starting to realize that they can play baseball and it is there to play. They have to decide to play and not just let whatever is going to happen, happen.

“Overall, I thought it was a pretty good game. Our catcher has been doing a lot better and we were swinging the bat pretty well at times but other times we didn’t look like we were there. I’m glad it happened the way it did and hopefully we can build from this and move forward.”

Lake Placid pulled ahead in the bottom of the second. The Green Dragons’ Landon Goodwin drew a walk, Jackson Griffin knocked a blooper to right field and Patrick Hely was hit by the ball to load the bases. Troy Hovis grounded out to second base driving home Goodwin for an RBI putting Lake Placid in a 1-0 lead. Griffin and Hely were left stranded in scoring position.

The Bulldogs answered in the top of third. With runners in scoring position, Alex Balikowsky sent a sacrifice fly into center field, that Lake Placid’s center fielder, Goodwin, fell backwards catching for the out but Frostproof’s Chris Gordan crossed home plate tying the game at 1.

“I think I did pretty good tonight, I was hitting the strike zone and they couldn’t hit me,” said Jacob Morgan. “I was glad I was hitting my spots and I felt pretty good. I think we will do pretty well this season. I’ve played with most of the guys on my team my whole life so I’m pretty used to playing with them and I know how they are. I think we will do good this year. After high school I would like to play in college and maybe play in the MLB someday but I just want to keep on playing as long as I can. This season as a team we want to win districts.”

In the bottom of the third Lake Placid reclaimed the lead. Layton Harrison hammered a grounder into left field for a single and took second on a wild pitch. Briar Napier sent a line into right field for a single and Harrison advanced to third. Napier stole second moments later putting runners in scoring position. Jacob Morgan sent a sacrifice popup into right field, Harrison tagged third and ran home where he slid safely acrossthe plate pushing Lake Placid into a 2-1 lead. Goodwin grounded out to third base and Napier advanced to third. Napier was eventually driven home increasing the Green Dragons lead to 3-1.

“Layton Harrison is a quiet guy and just goes about his business but he has really been swinging the bat lately,” said Tewksbury. “He tagged from third on that one play and the ball beat him there but he made an outstanding slide to get around the catcher to be safe. Izayiah Patterson has also been swinging the ball well but defensively he is net out there, if it is hit out there it is caught.

“Jacob Morgan on the mound did well. I didn’t really know that I had that in him but he has really stepped up and shown us some things. Right now, he is our go-to guy. When we brought Tiger (Youngman) to the mound at the end he struggled a little but did enough to win for us, he threw a lot of strikes and got it done for us.”

The Lake Placid Green Dragons held off the Frostproof Bulldogs for a 3-1 win. With school and activities cancelled, it is unclear when Lake Placid will have another game this season. Please watch the Highlands News-Sun for further updates.