You are the owner of this article.
Edit Article Add New Article
You have permission to edit this article.
Edit
Login
I want to
Publications
News
Business
News Archives
Classifieds
Obituaries
Sports
Events
Featured Sections
Viewpoint
Announcements
Subscribe
E-Paper
Public Notices
Contact Us
Share This
1 of 12 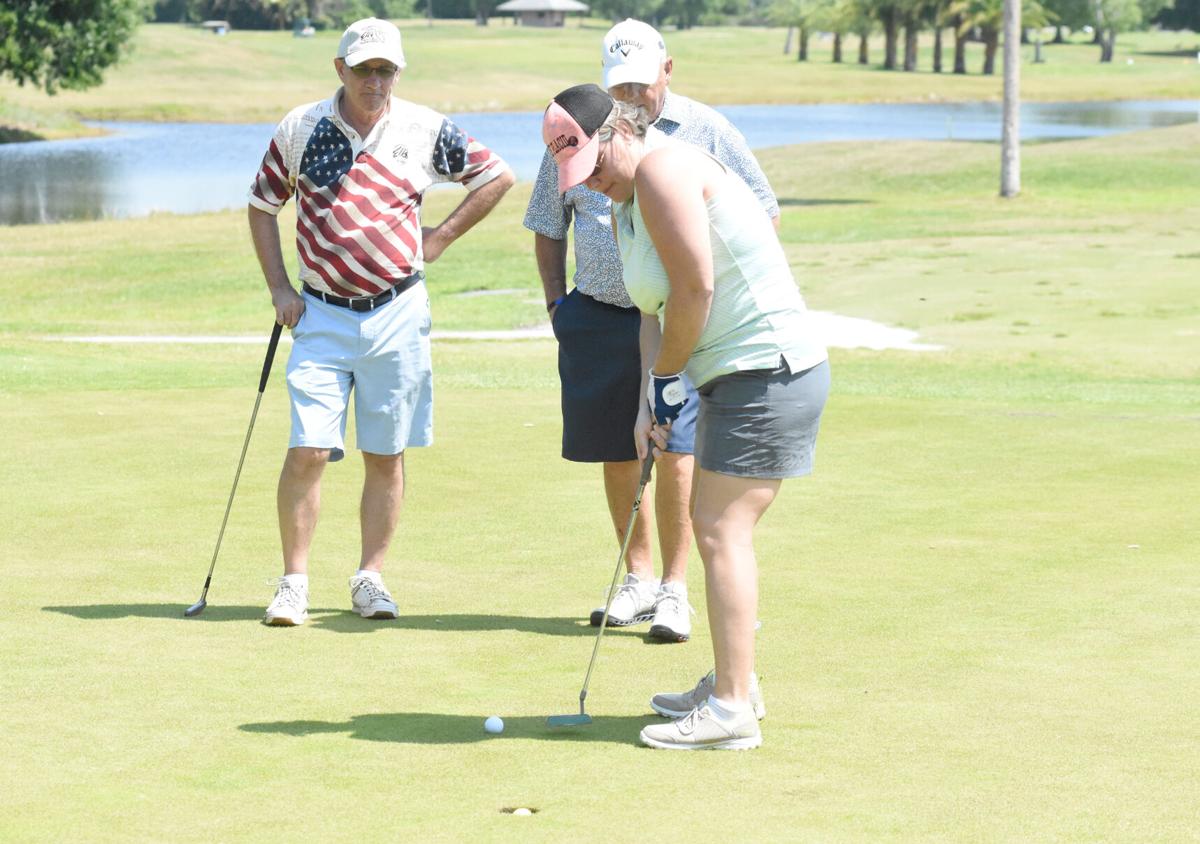 Amy Bovair sinks a putt while her teammates look on during the 40th Annual Elks Golf Tournament. 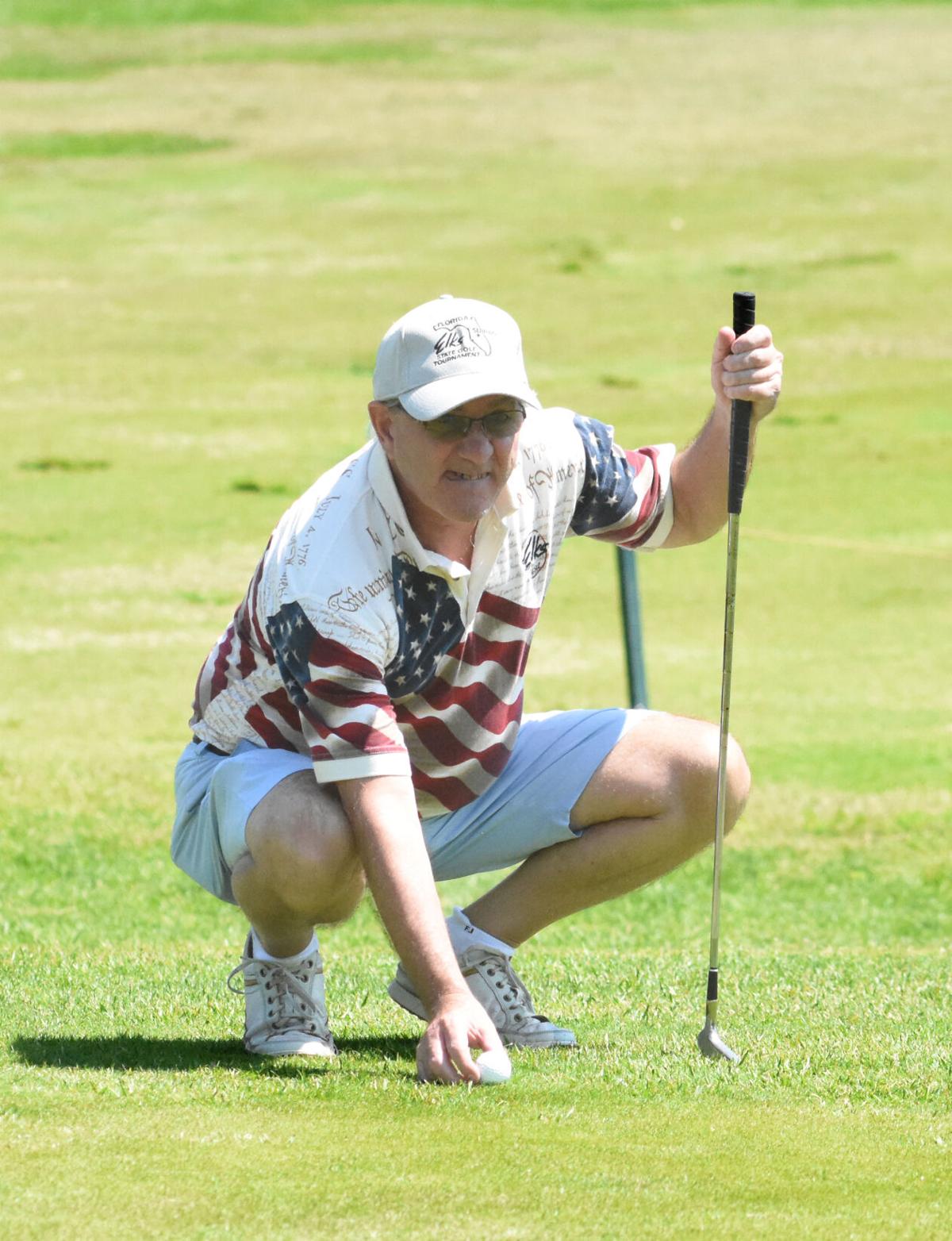 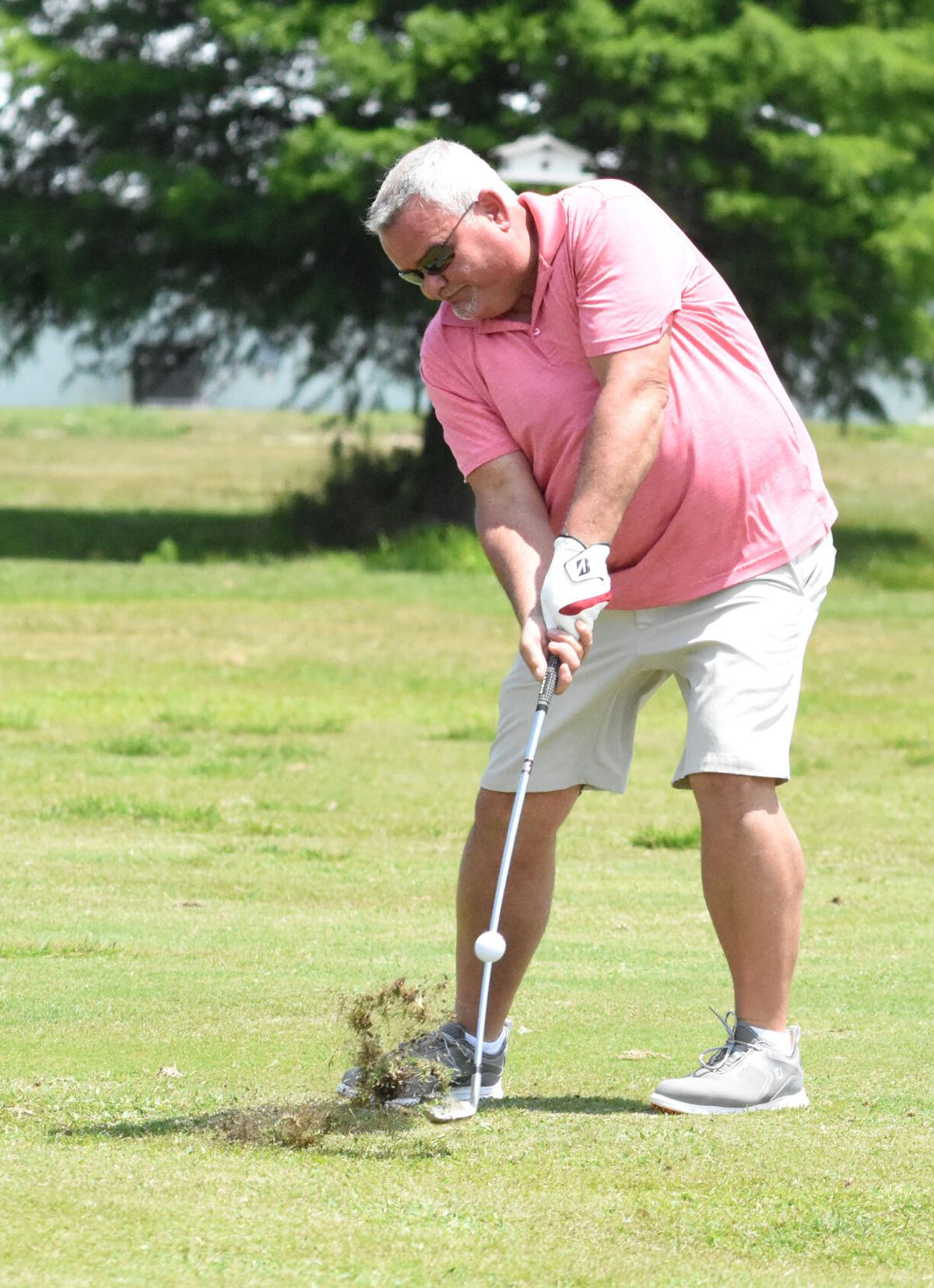 Dan Stickle chips his way closer to the green. 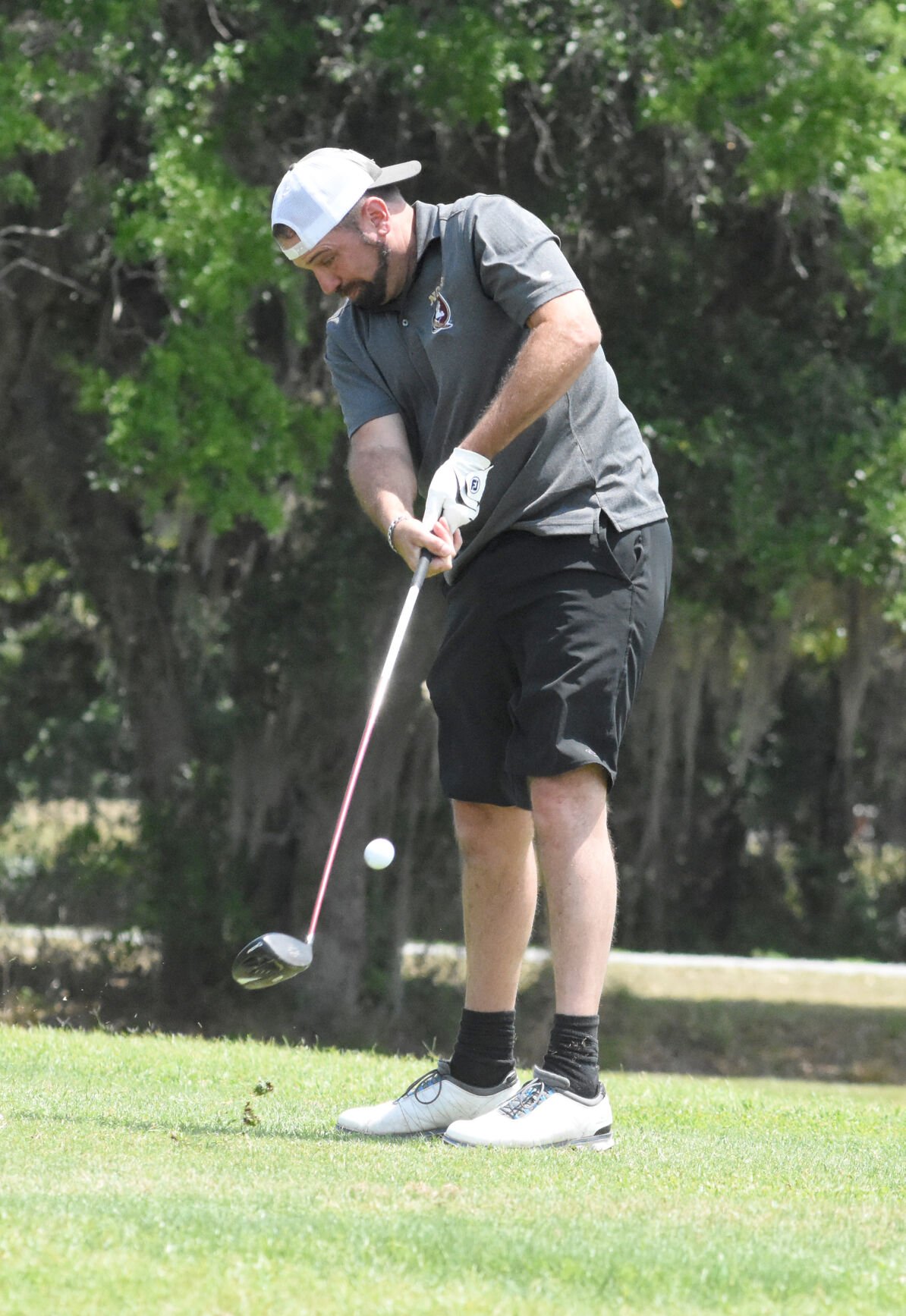 Jeff Holbrook rockets the ball out of the tee box at Sebring International Golf Course. 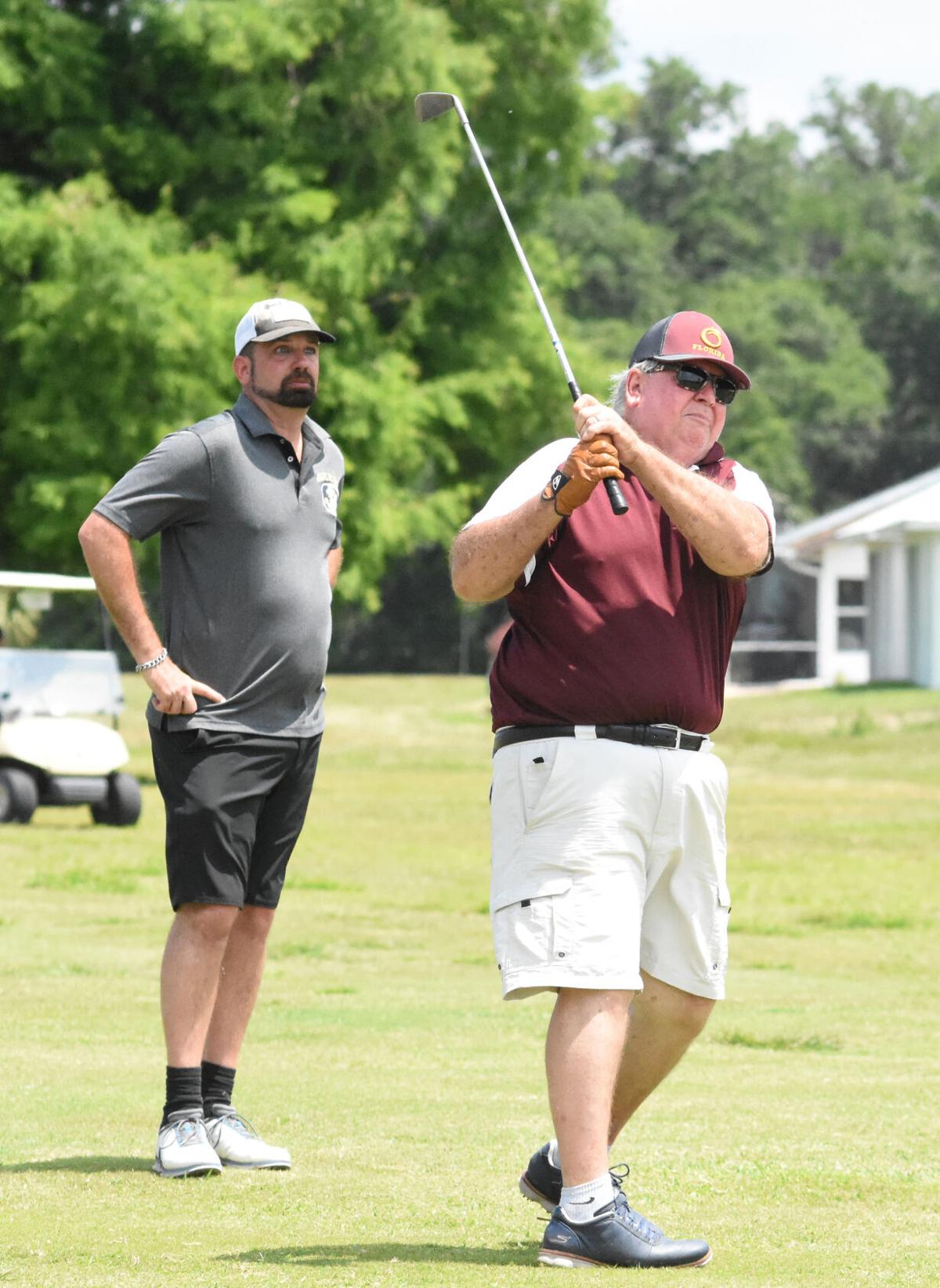 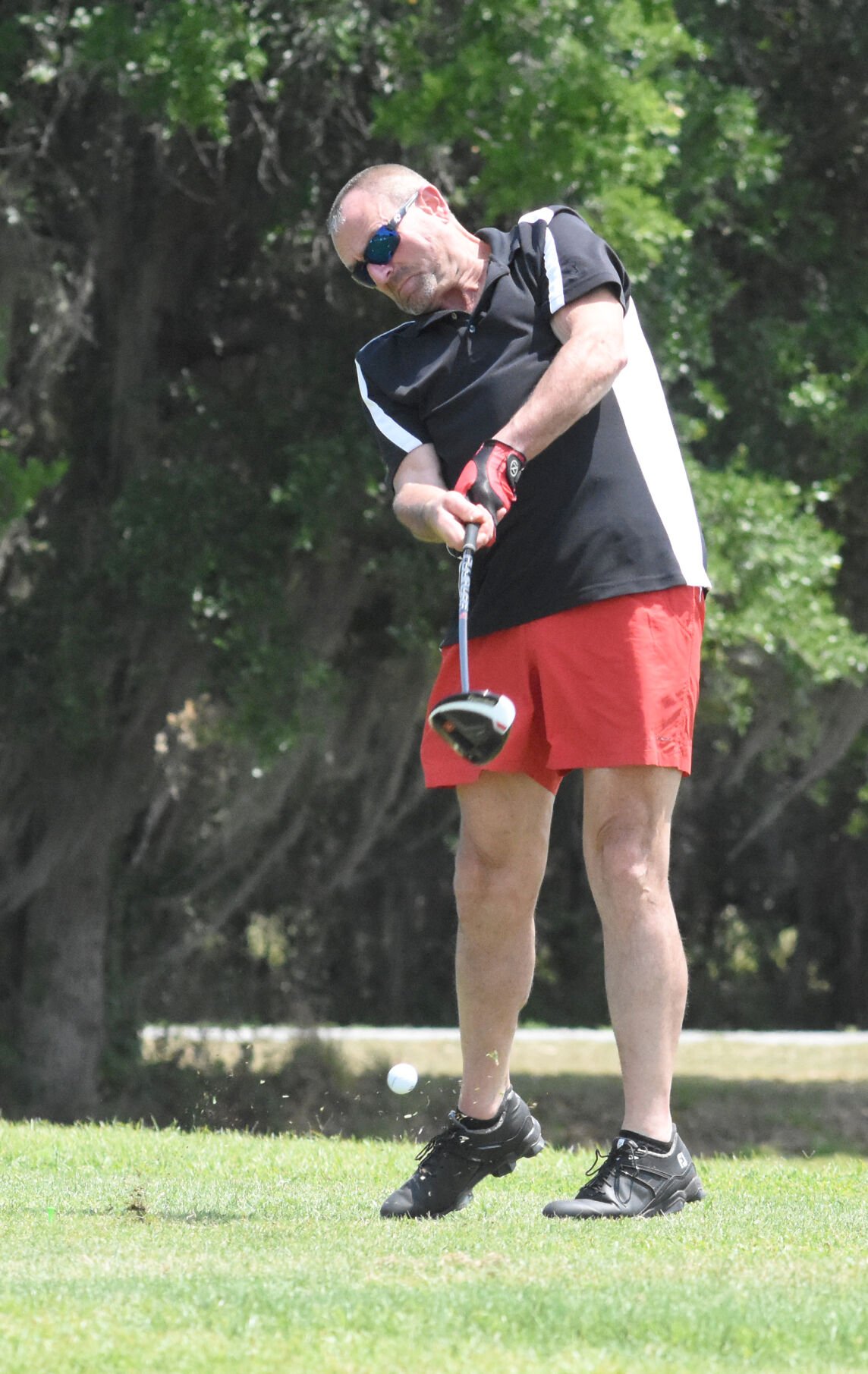 Chris Stickle blasts out of the tee box during the Elks Golf Tournament. 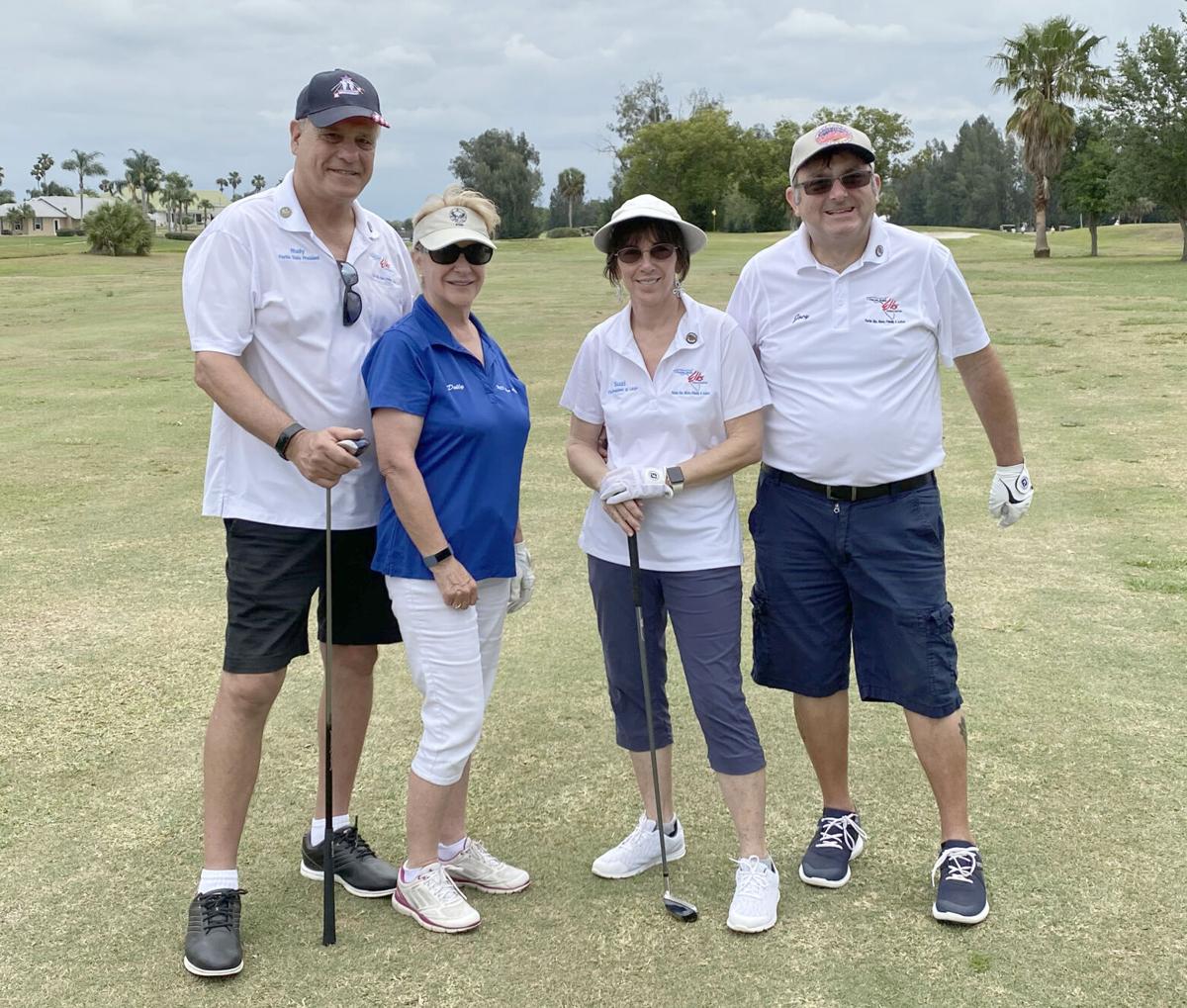 The Elks’ State President Rudy Masi Sr. his wife, Dolly Masi, with incoming President Suzi Simonelli and her husband, Joey Simonelli, all enjoy a round of golf. 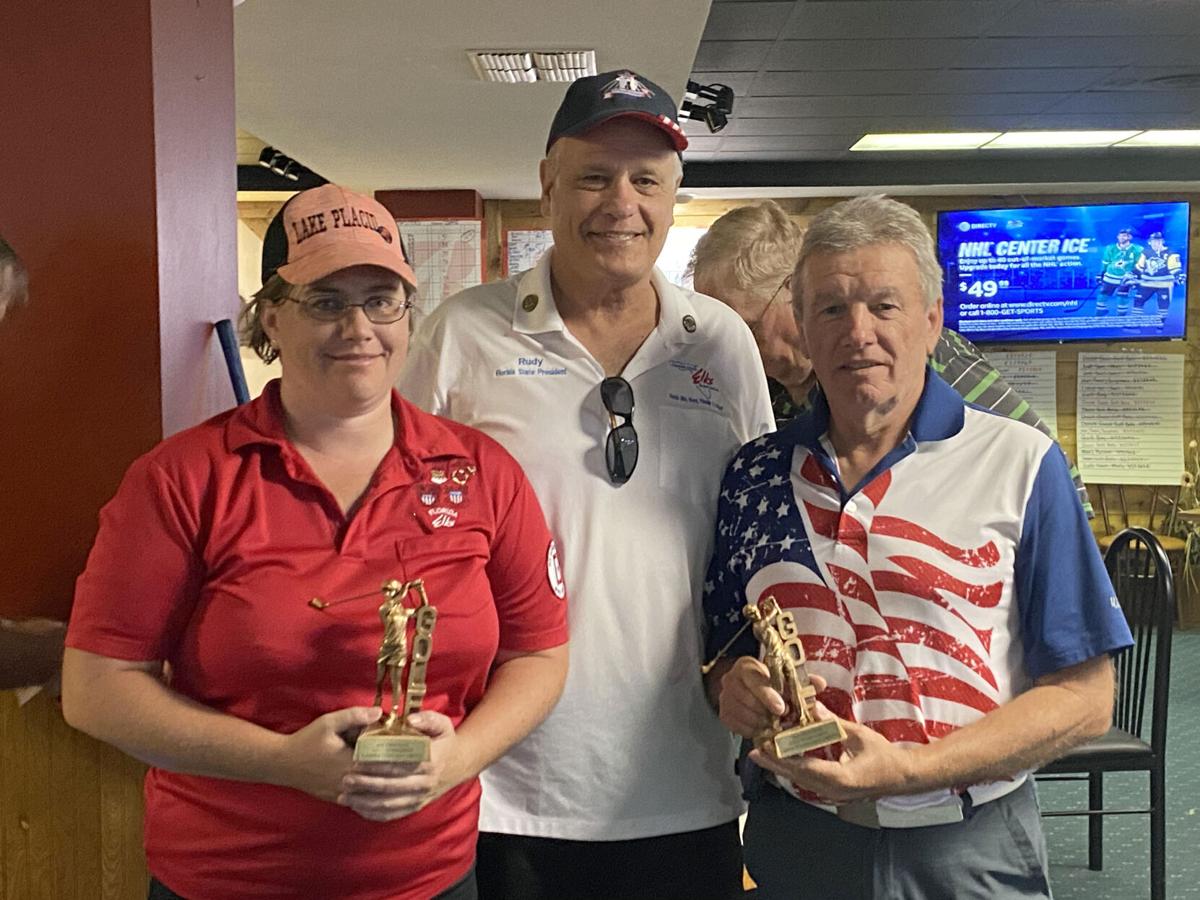 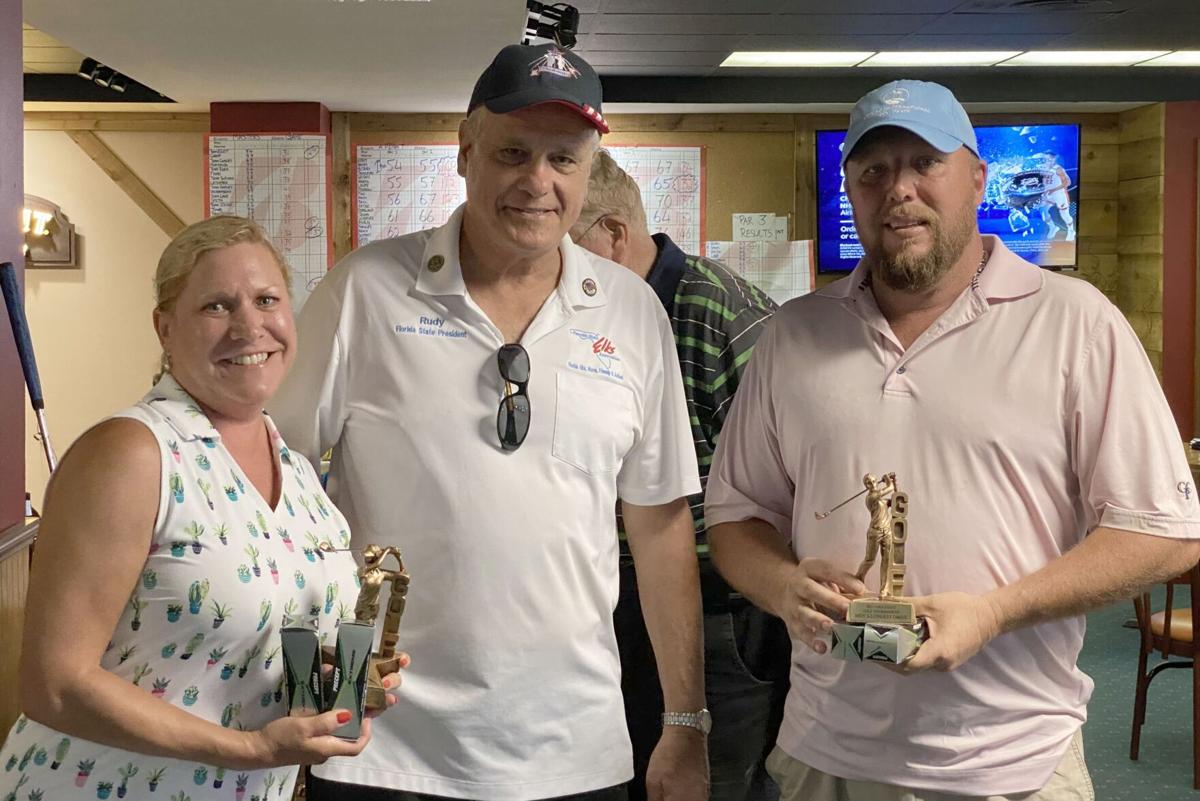 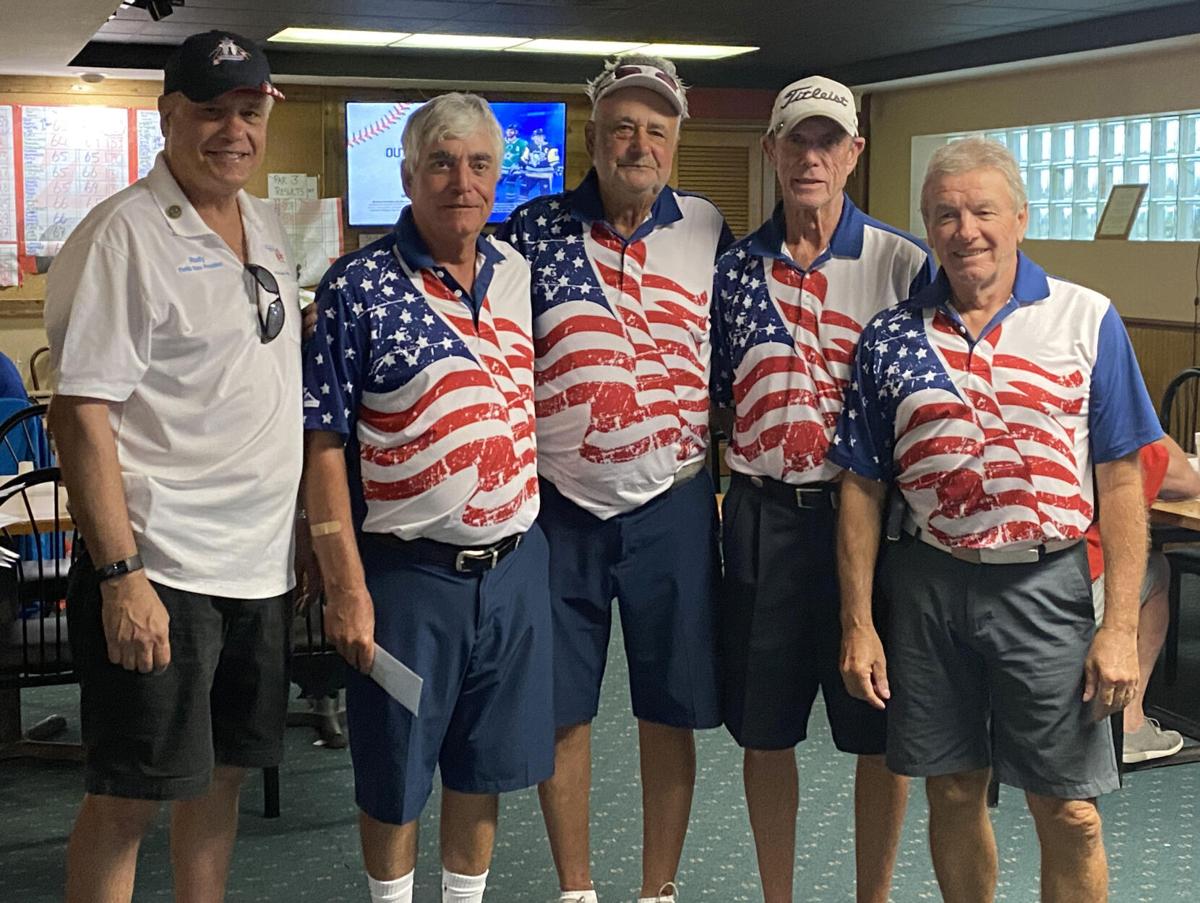 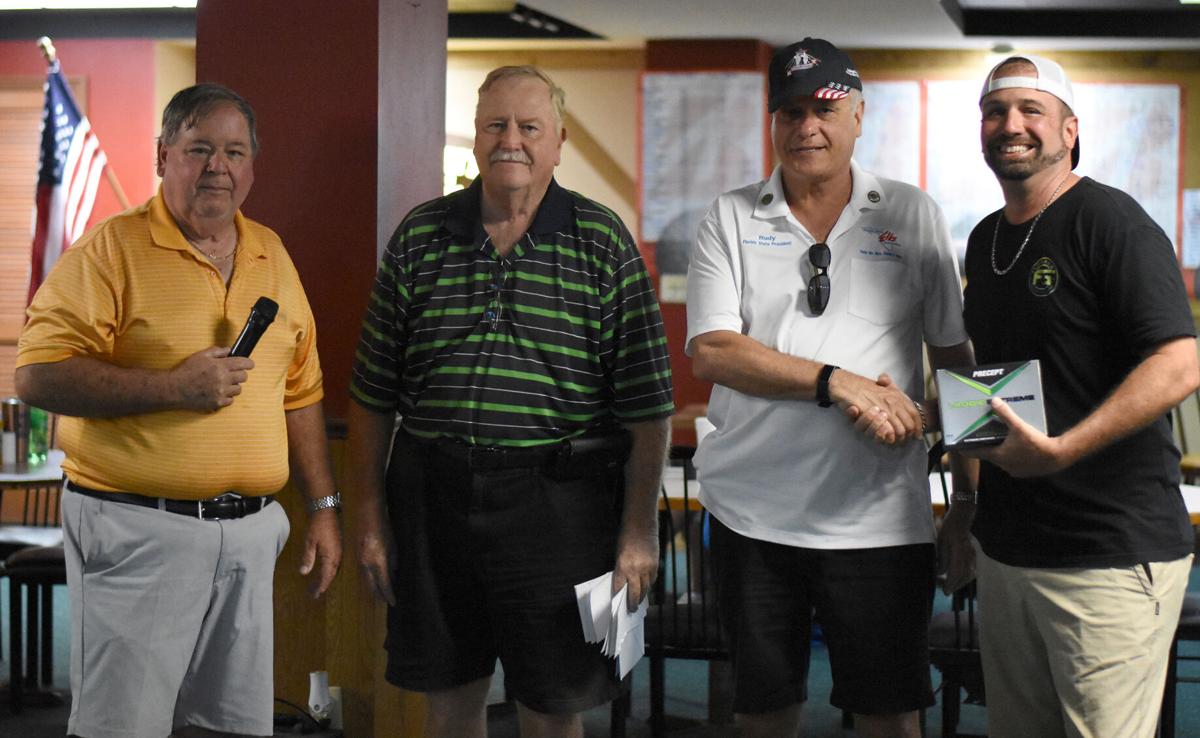 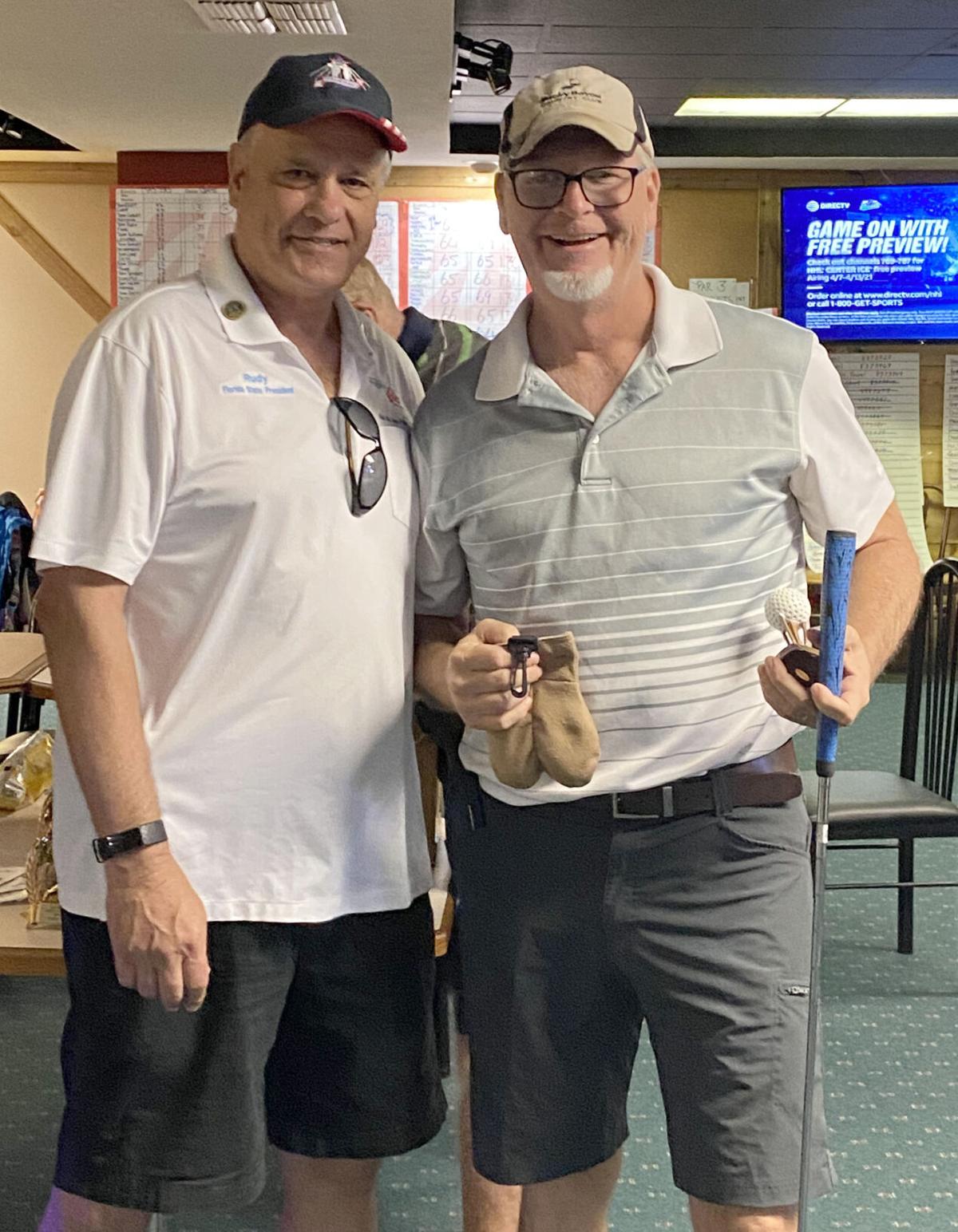 Amy Bovair sinks a putt while her teammates look on during the 40th Annual Elks Golf Tournament.

Dan Stickle chips his way closer to the green.

Jeff Holbrook rockets the ball out of the tee box at Sebring International Golf Course.

Chris Stickle blasts out of the tee box during the Elks Golf Tournament.

The Elks’ State President Rudy Masi Sr. his wife, Dolly Masi, with incoming President Suzi Simonelli and her husband, Joey Simonelli, all enjoy a round of golf.

SEBRING — The Lake Placid Elks recently held the 40th Annual Elks Golf Tournament at Sebring International Golf Course. Lake Placid Elks No. 2661 helped put on the event that hosted 116 golfers from all across Florida and as far away as Wisconsin as they battled in the four-person scramble, two-day tournament. Day one went off without a hitch and day two started off beautifully with sunny skies and slight breeze but ended with a thunderstorm rolling in, lightning striking and golfers racing back to the clubhouse for shelter, lunch and the award ceremony.

“This was the 40th anniversary and we raise money for the Harry and Anna Foundation fund for state projects,” John Holbrook said. “This tournament was for anybody, you don’t have to be an Elk to play. The money goes towards helping kids, veterans and other community projects. It is a lot of fun and historically we raise from $12,000 to $18,000 for these programs. Last year with COVID, it was the only year where we didn’t raise over $10,000. We were really down in golfers last year but still raised several thousand. This year we raised between $13,000 and $14,000. We will give a check to our state president at the end of May.”

In Flight A, the foursome of Steve Elliot, Ray Davies, Randy McCrory and Ted Tavolairo claimed the top spot after shooting a 54 on day one and a 55 on day to for a total of 109. The squad of Donnie Wilson, Joey Arena, Jim Loupe and Bob Merrow placed second with 55 and 57 for a total of 112. Rounding out the top three was the team of Dan Masi, Kuni Amin, Brian Brill and Brian Artze who shot a 56 and 67 for 123.

Flight B was extremely close and ended in a three way tie with each team shooting a two day total of 130. After matched cards the team of Noel Felix, Matt Marty, Dennis Martins and Jim Lind placed first with a 63 and 67. Also with 130 was the foursome of Kuz Kusmaul, Mike Woythayler, Jim Foutch and Ken Kane with 65 and 65. The third team with 13 was Glenn Garvey, Joe Mugani, Tom Depinto and Dale Depinto with 66 and 64.

It was also a tight race in Flight C with a tie for first place. After matched card the group of Mike Smith, Joe Ortiz, Bill Spivey and Todd Smith came out on top with scores of 67 and 65 for a total of 132. Also with 132 was the quartet of Don Sullivan, Nick Thecube, Tim Glick and Mike Doneinone who shot 68 and 64. In third place was the team of Carl Seibert, Theresa Matthews, Sven Nelson and Andrice Nelson who shot 67 on both days for a total of 134.

“Sebring International Golf Course bent over backwards to help us,” said Holbrook. “The facility wasn’t the greatest but they just purchased it last year and will be putting millions into re-doing the course. It will be a beautiful place once it is done and we want everyone to remember that it won’t be done over night. We had some comments that the course wasn’t in that good of shape but we knew it wouldn’t be because of the pandemic.”

In the masters division, team Wilson consisting of Donnie Wilson, Joey Arena, Jim Loupe and Bob Merrow placed first with a scores of 55 and 74 for a total of 129 strokes. Coming in close second was team Elliot with Steve Elliot, Ray Davies, Randy McCrory and Tev Tavolairo. Team Elliot shot 54 and 77 adding up to 131. There was a tie for third between team Smith and team Copeland. Team Smith was made up of Mike Smith, Joe Ortiz, Bill Spivey and Todd Smith shot 67 and 65 for 132. Team Copeland consisting of Hal Copeland, Steve Jasko, Larry Wheeler and Bob Phalin came in with 61 and 71 for 132.

The event also featured a putting, closest to the pin and longest drive contests on each day. The longest drive on day one was Ray Davies in the men’s division and Amy Bovair of Lake Placid in the women’s. On day two Donnie Wilson had the longest drive for the men and Annette Ormsby won the women’s. As for the closest to the pin on day one Joe Ortiz came out on top for the men. On day two, Ted Tavolario was the closest man and Andrice Nelson was the closest woman. Paul Willey won the putting contest getting within three inches of the pin.

On Friday, the day before the tournament began, a Par 3 challenge took place. There was a tie for first place with local player, Jeff Holbrook, coming out in first place after matched cards with 42 strokes. Bill Spivey came in second with 42 and rounding out the top three was Todd Smith with 44.

“Jim Lind and myself are the co-chairman of the golf committee and we want to thank all the lodges and corporate sponsors that donated money for the 87 hole sponsor signs that we have,” added Holbrook. “That was quite a bit of money in itself. We are really blessed to be the chairmen of this event and we are thankful for the support from not only the State but other sponsors as well. I really want to thank Jim Lind, he really does a lot of work at the secretary treasurer. It is a lot of work when you are trying to get applications in the mail, online and from the State Association. We had a few glitches and Jim handled it real well. I’m really proud to have Jim as my co-chairmen. We were really pleased with the turnout this year, we were afraid we wouldn’t get 100 golfers but to get 120 was amazing. Everyone had fun.”