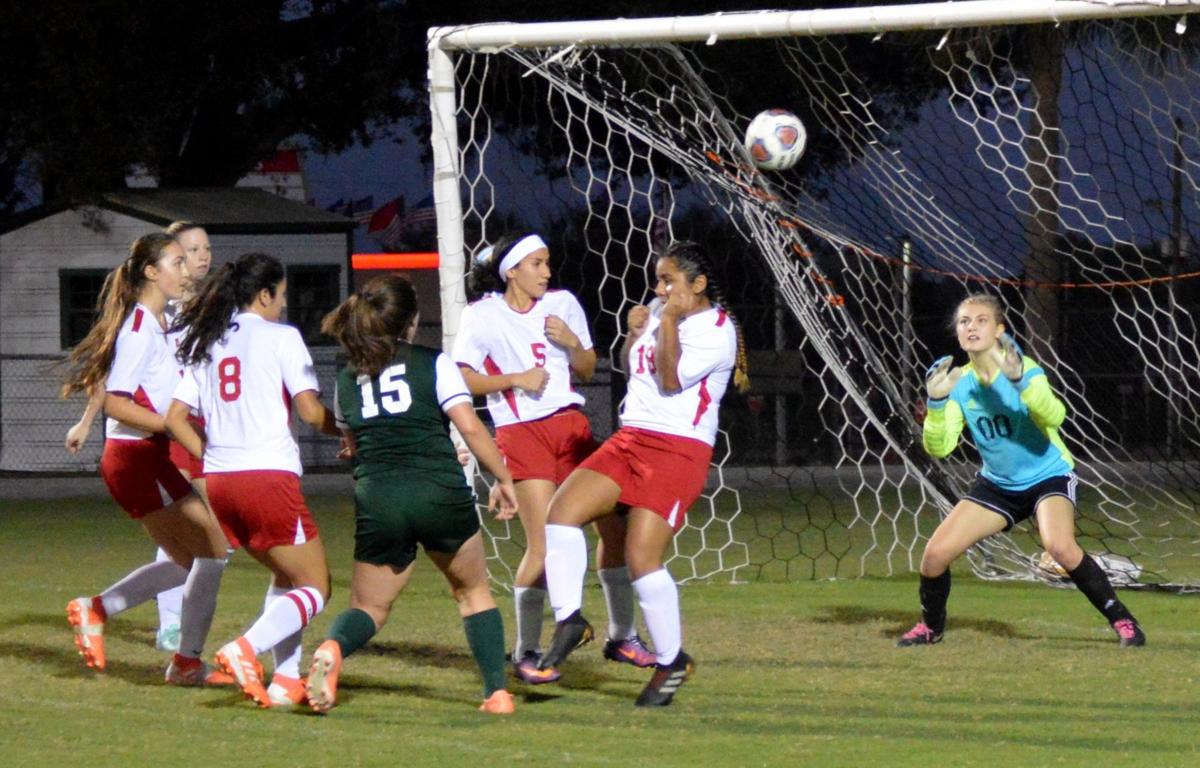 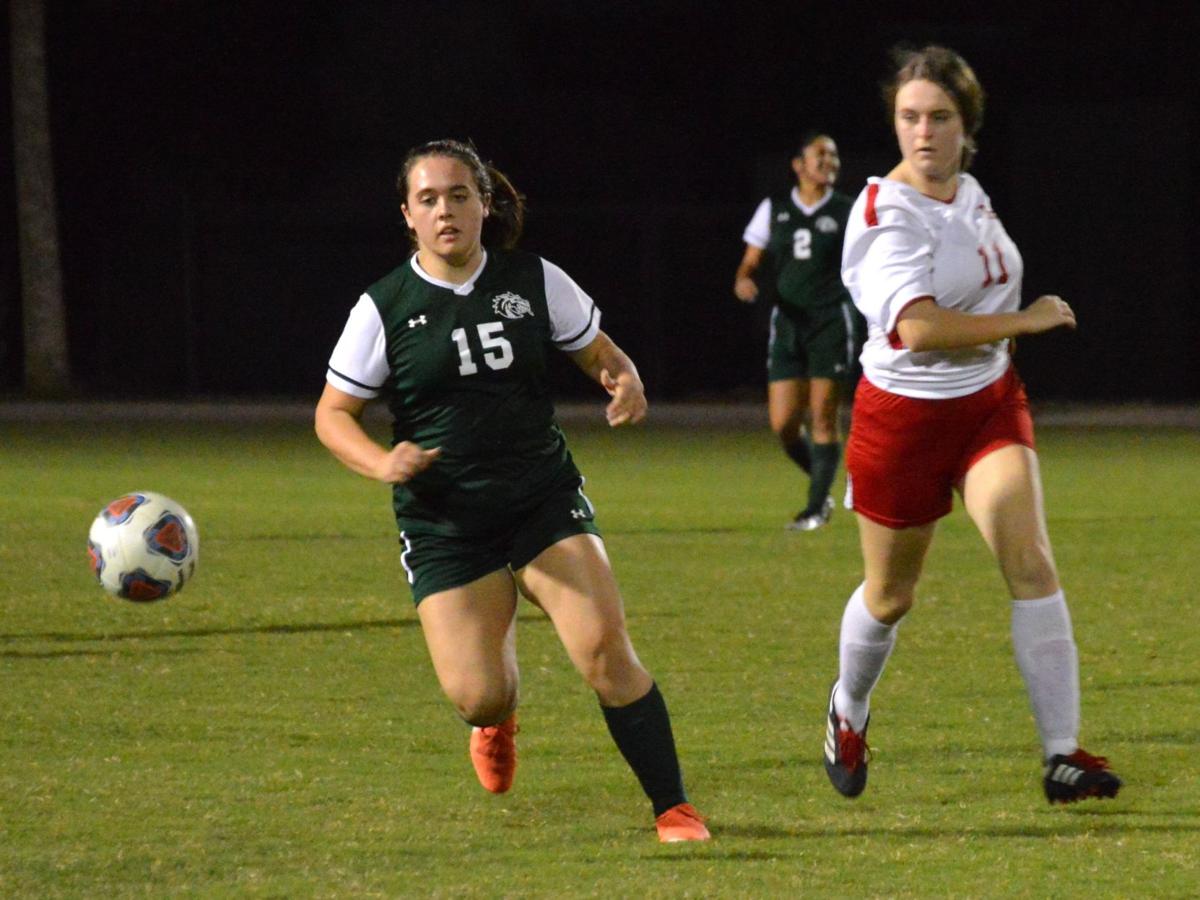 Lake Placid’s Emily Tunning (15) prepares to head downfield for one of her three goals of the night against Avon Park. 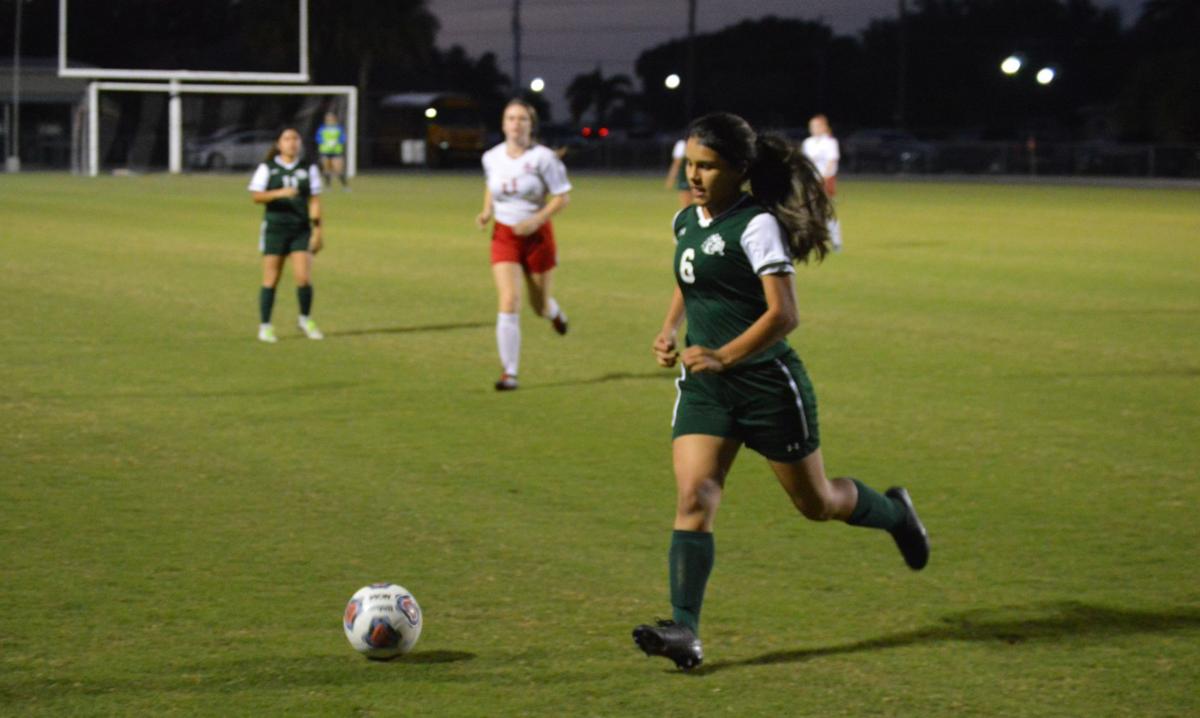 Lake Placid’s Emily Tunning (15) prepares to head downfield for one of her three goals of the night against Avon Park.

Lake Placid Head Coach Lindsey McCabe was happy with the way the team is starting to play as a team.

“It’s just the way we have been practicing,” said McCabe. “This team has played for at least two years together, so they are finally meshing and finally understanding.”

The night started with the Green Dragons’ Emily Tunning scoring in the opening minutes of the game. Then, with 16:40 left in the half, Tunning found the back of the net again, putting Lake Placid up 2-0.

Zuleima Barajas scored at the 16:11 mark and the Green Dragons started to pull away. Barajas found herself scoring again furthering Lake Placid’s lead to 4-0 going into halftime.

Not to be outdone, Tunning scored at the 26:06 mark for her third goal of the game. That goal gave her a hat trick for the game also.

Getting a hat trick in a game is not common. Teammates getting hat tricks in the same game is pretty remarkable.

“It was awesome for both of them to be able to share that,” McCabe said.

Lake Placid’s Yesenia Ramirez capped the scoring on the night with 5:26 left in the game.

“We have a couple of tough games ahead, but I feel we can pull together as a team and head into districts on a roll,” said Ramirez.

Avon Park Head Coach Christopher Sboto applauded his goalies play despite the score. Kaitlyn Malantonio took over in the net this year.

“This is Kaitlyn’s first season, never played goalie in her life,” said Sboto. “She definitely had the heart and skill, I thought, to do it and she has improved ever since.”

Lake Placid travels to take on the Desoto Bulldogs on Tuesday night at 7 p.m. The last match resulted in a 4-2 victory for the Green Dragons.

Avon Park plays host to Frostproof on Thursday night at 7 p.m. Frostproof defeated the Red Devils in the season opener 6-0.