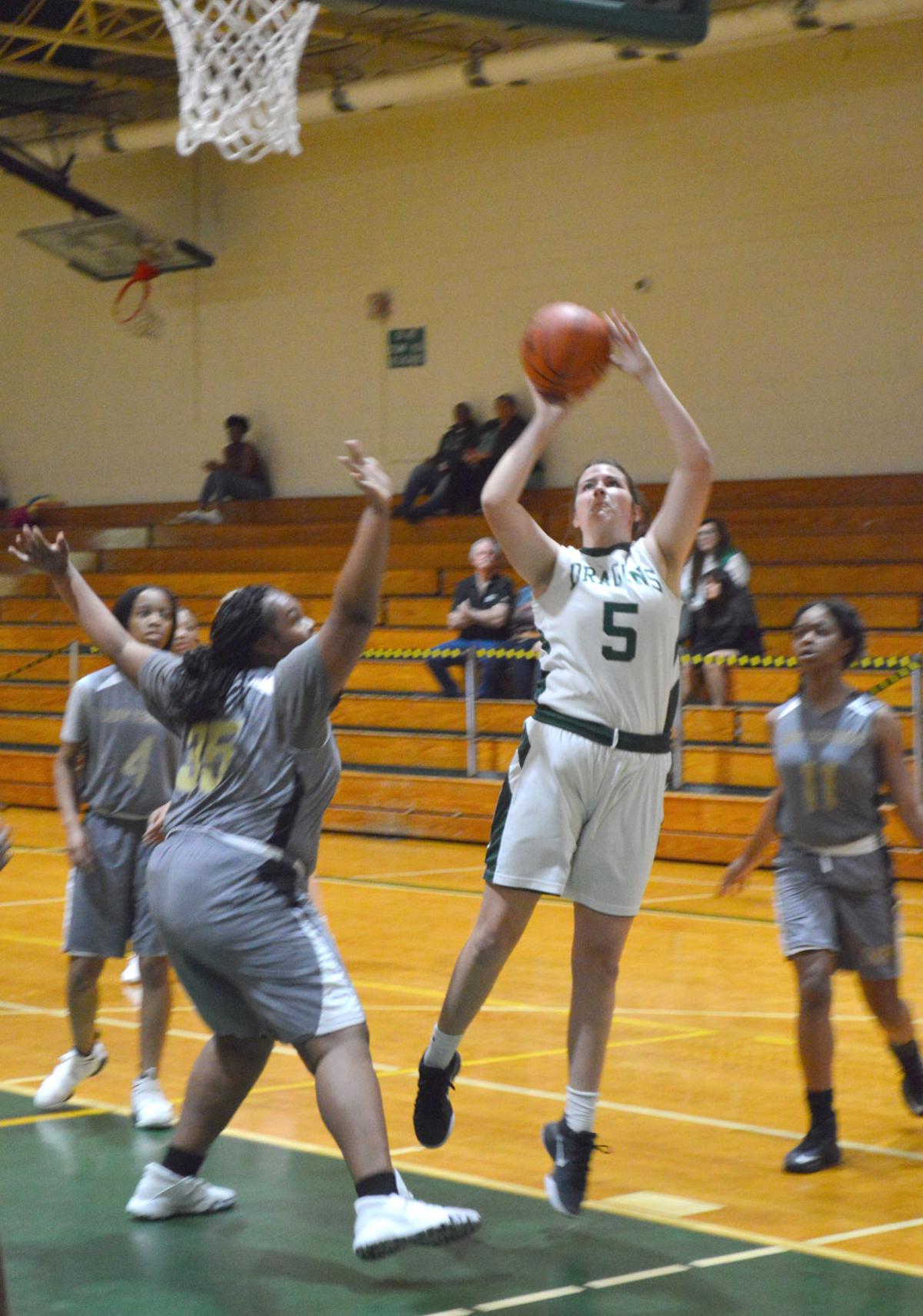 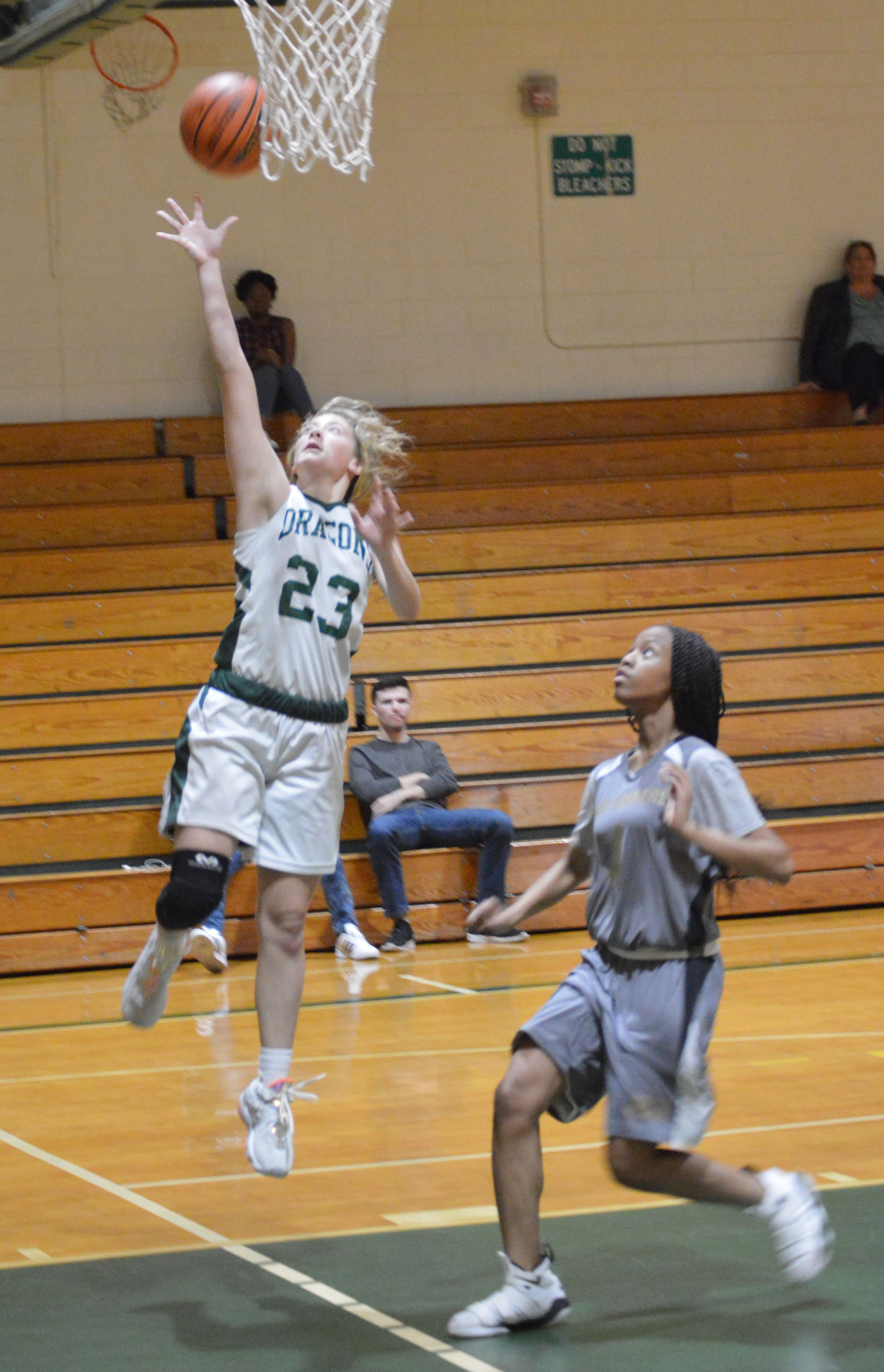 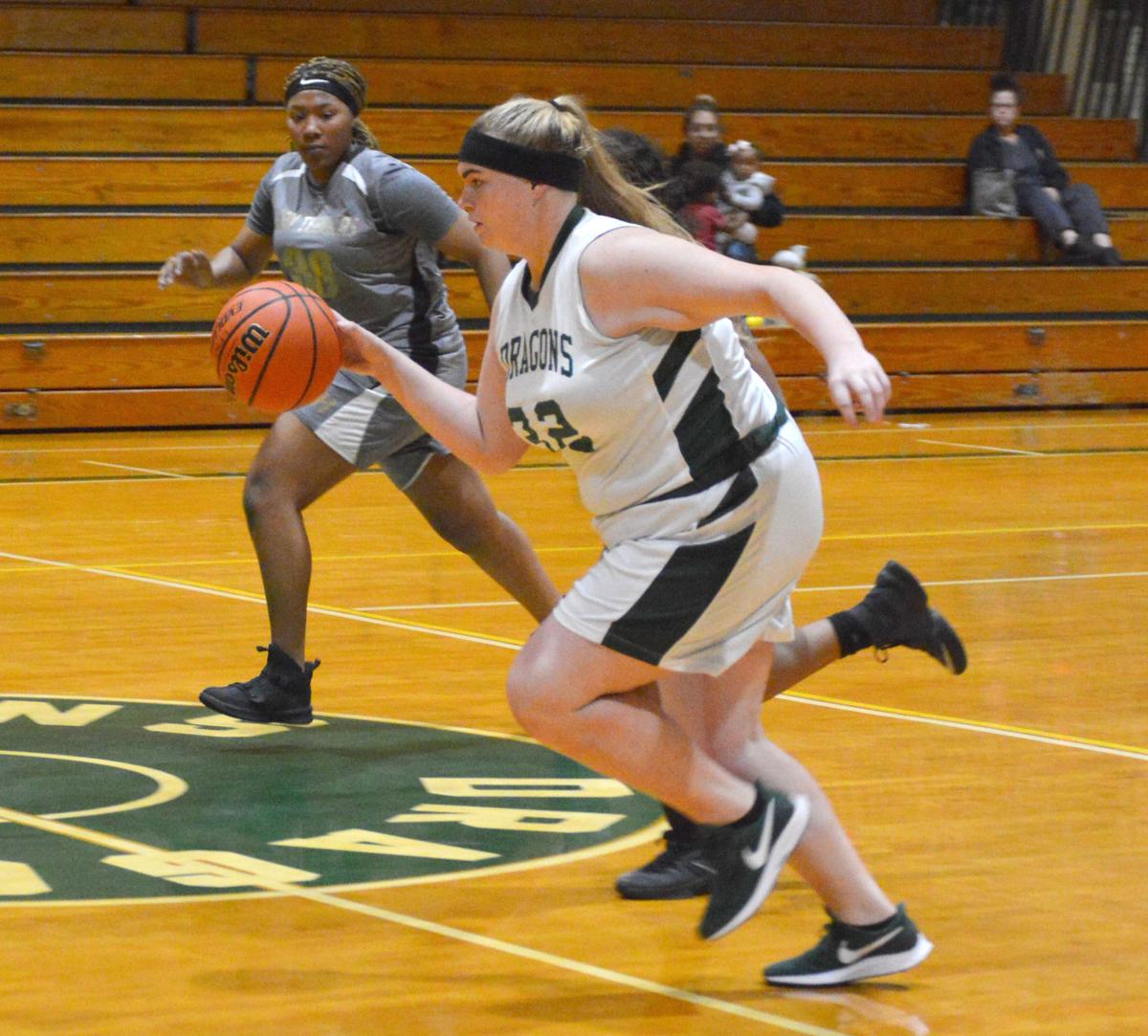 LAKE PLACID — A short-handed Moore Haven Terriers traveled to take on the Lake Placid Green Dragons Tuesday night. The Green Dragons dominated the whole game and came away with a 44-9 victory.

Lake Placid was coming off an impressive 56-43 victory over the Labelle Cowgirls on Monday night.

Head Coach Calvin Sanders stated, “We played a good man-to-man defense and I can see the girls are really picking up the man-to-man,” which helped the Green Dragons to control the game against Labelle.

The Terriers traveled with just six players for Head Coach Preston Baker. Moore Haven faced an uphill battle to start the game. In a match earlier this year, the Green Dragons defeated the Terriers 55-30.

In the first period Lake Placid jumped out to a 12-0 lead. The Green Dragons held the Terriers scoreless with strong defensive play in the first period, which would continue throughout the game.

The second period was much more exciting for the Moore Haven fans. Vun’Tavia Reid hit a 3-pointer and got the Terriers on the scoreboard. Toni Patrick scored a basket to round out the Terriers scoring in the period. Kayla Domenech helped the Green Dragons with five points and Lake Placid led 21-5 heading into halftime.

The fourth period saw a continuous running clock. A continuous clock takes effect in the second half after one team goes up by 35 points.

The Terriers added to their struggles when Ariefaith Dunkley fouled out of the game in the third period resulting in Moore Haven playing part of the third period and all the fourth period with only four players. Coach Baker had one player on the bench, but she was being held out of the game for disciplinary reasons. Coach Baker chose to play with four players, and his team gave him all they had.

Lake Placid’s Coach Sanders inserted his non-starters to give them some playing time and game experience. This surely will help with a tough schedule coming up.

The Terriers were led by Vun’Tavia Reid with seven points and Toni Patrick contributed two points.