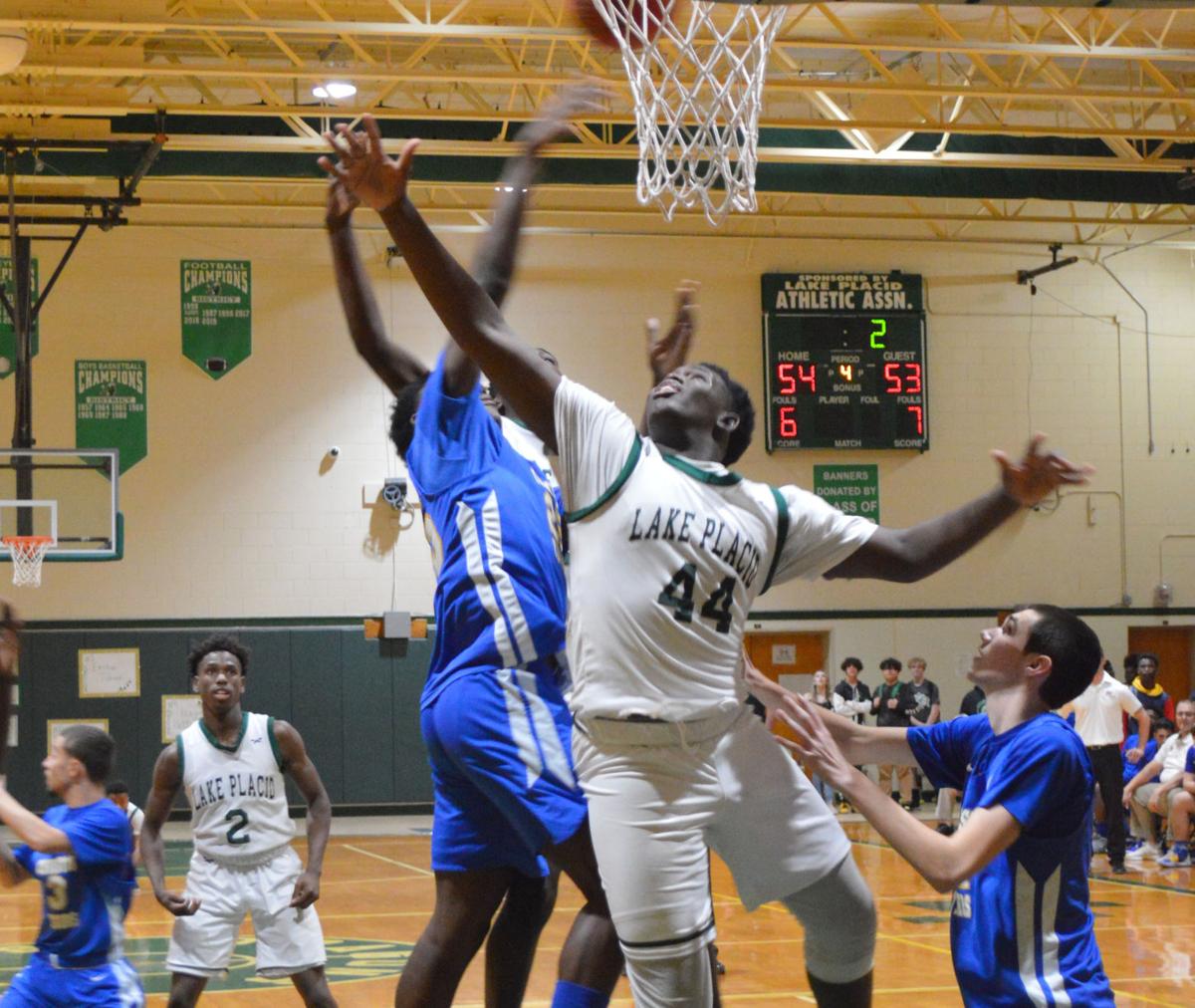 Lake Placid’s One Sholtz (44) battles for the rebound with 2 seconds on the clock. 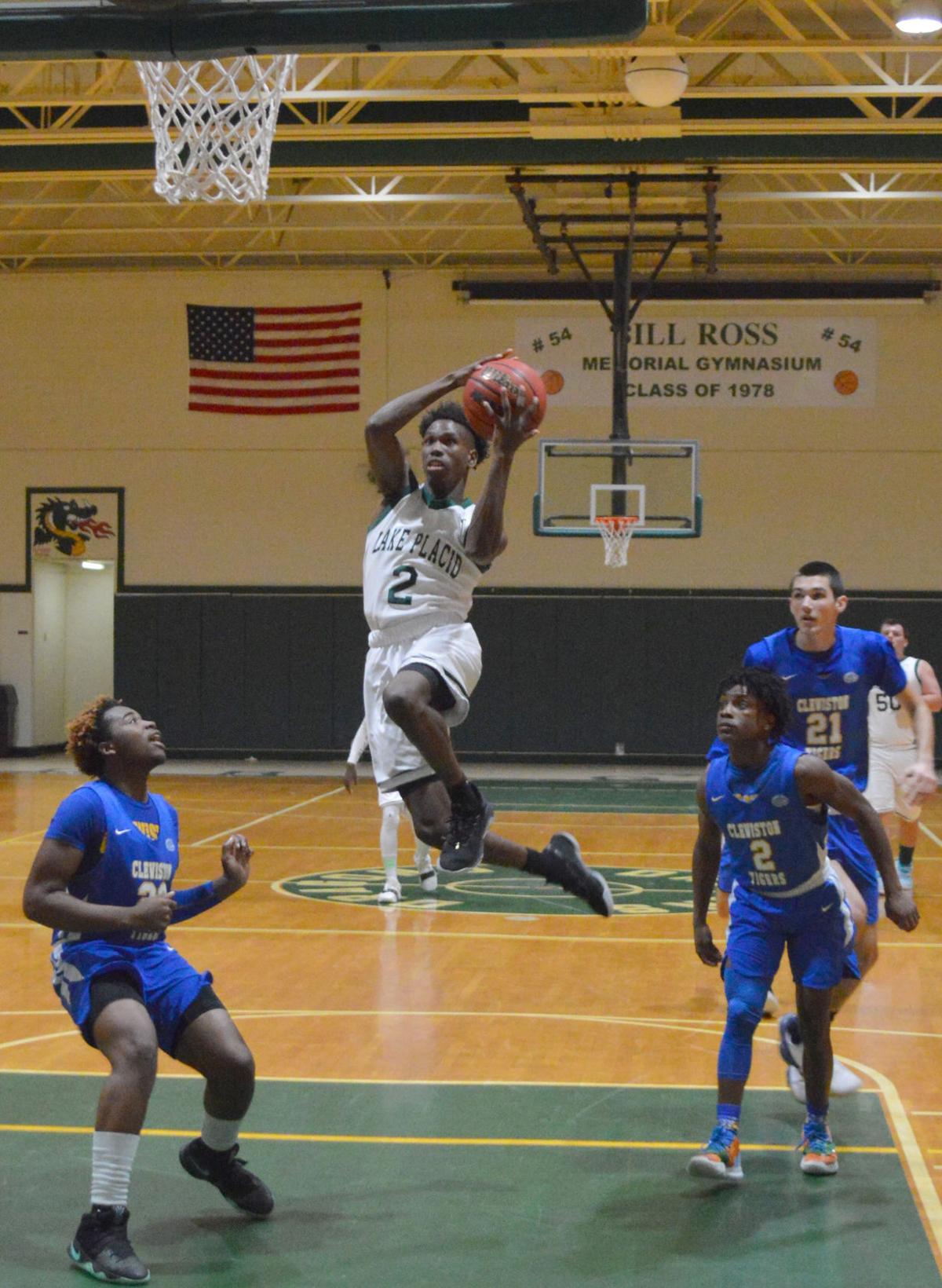 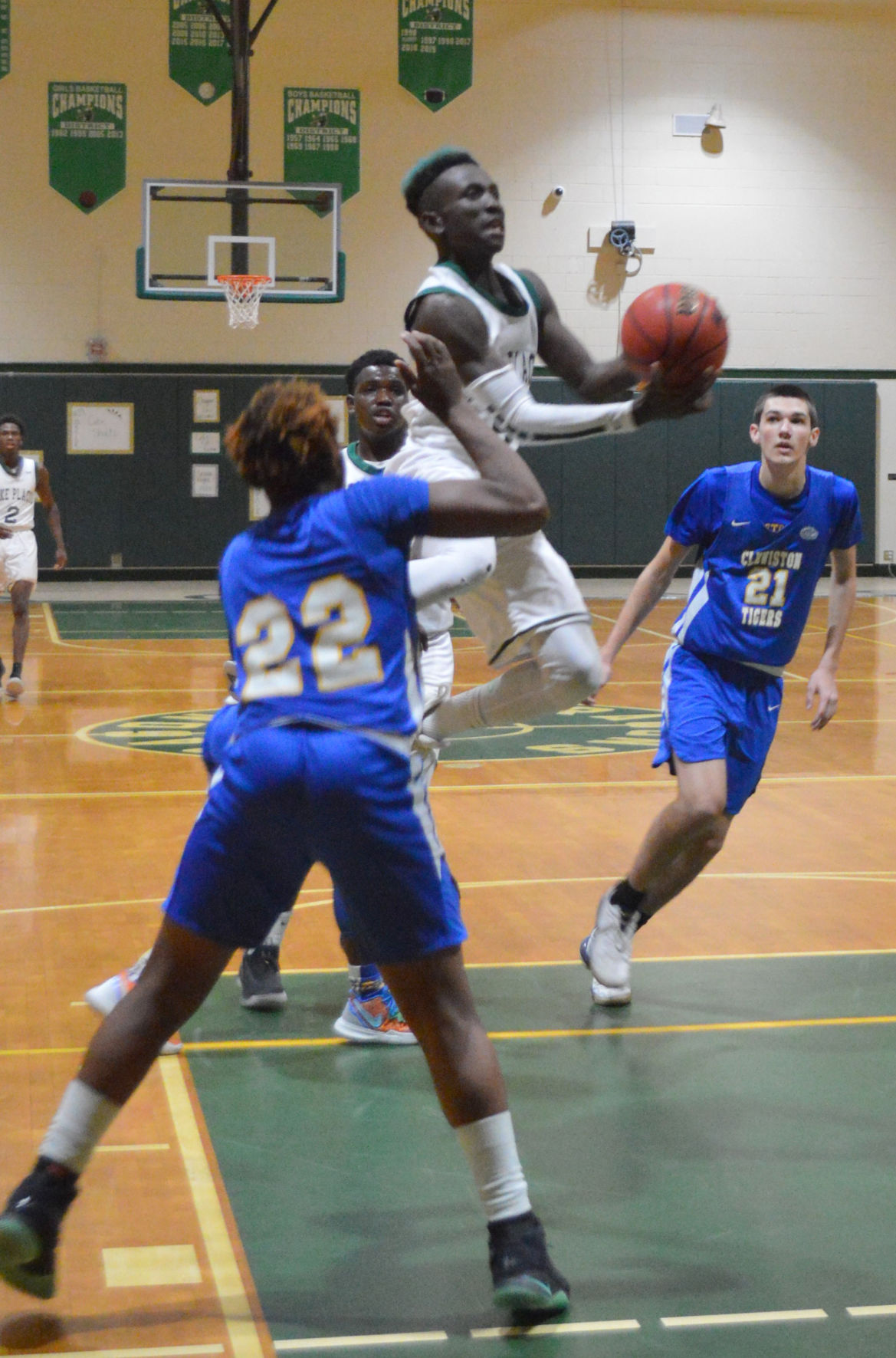 Lake Placid’s One Sholtz (44) battles for the rebound with 2 seconds on the clock.

It was Senior Night for the Green Dragons as they honored Erskin Toliver, Will Taylor, Cobe Sholtz, Matt Lann and Izayiah Patterson.

“My main goal was to get a dub on senior night and we got it,” said senior co-captain Izayiah Patterson. “I think our chances are great in districts. We are one of the best teams out here, in my opinion. We got the most skills, most talent and we just gotta work harder like we did tonight.”

The first quarter was a back and forth battle with Lake Placid’s Erskin Toliver and Cobe Sholtz leading the Green Dragons with eight points each. Lake Placid lead 19-11 at the end of the first period.

In the second period the Tigers began to chip away at the Green Dragon’s lead. Clewiston’s Mike Johnson led the team with six points as the Tigers outscored the Dragons 16 to 9. Clewiston cut the deficit down to only one point at halftime with the Green Dragons holding to a 28-27 lead.

The third period was a back and forth battle as each team elevated their play. The Tigers’ DJ Johnson lead his team with six points. The Green Dragons’ Toliver scored four of his team-high 21 points for the game. Lake Placid led 39-38 at the end of the third quarter.

“I think I played good but I could have played better,” said Toliver. “I feel if we play as a team we will do real well at Districts.”

The fourth quarter became a matter of who wanted it more. Each team grabbed the lead to only see their opponent score on the next possession. Toliver hit a jumper, putting the Green Dragons up 54-53 with 1:10 left in the game. With only two seconds left in the game, the Tigers inbounded the ball for one last chance but Lake Placid’s One Sholtz intercepted the inbound pass and secured the Green Dragons victory with a final score of 54-53.

“The team came out and played hard for our seniors,” said Lake Placid coach Brandon Lykes. “We want to give them their final regular-season home game with a win. We delivered. We executed.”

The Lake Placid Green Dragons will take on the Tenoroc Titan on Monday, Feb. 10 at 7:00 p.m. The game is scheduled to be played in Tenoroc. The winner of that game will take on the Avon Park Red Devils on Tuesday, Feb. 11 with tip-off set for 7:00 p.m.