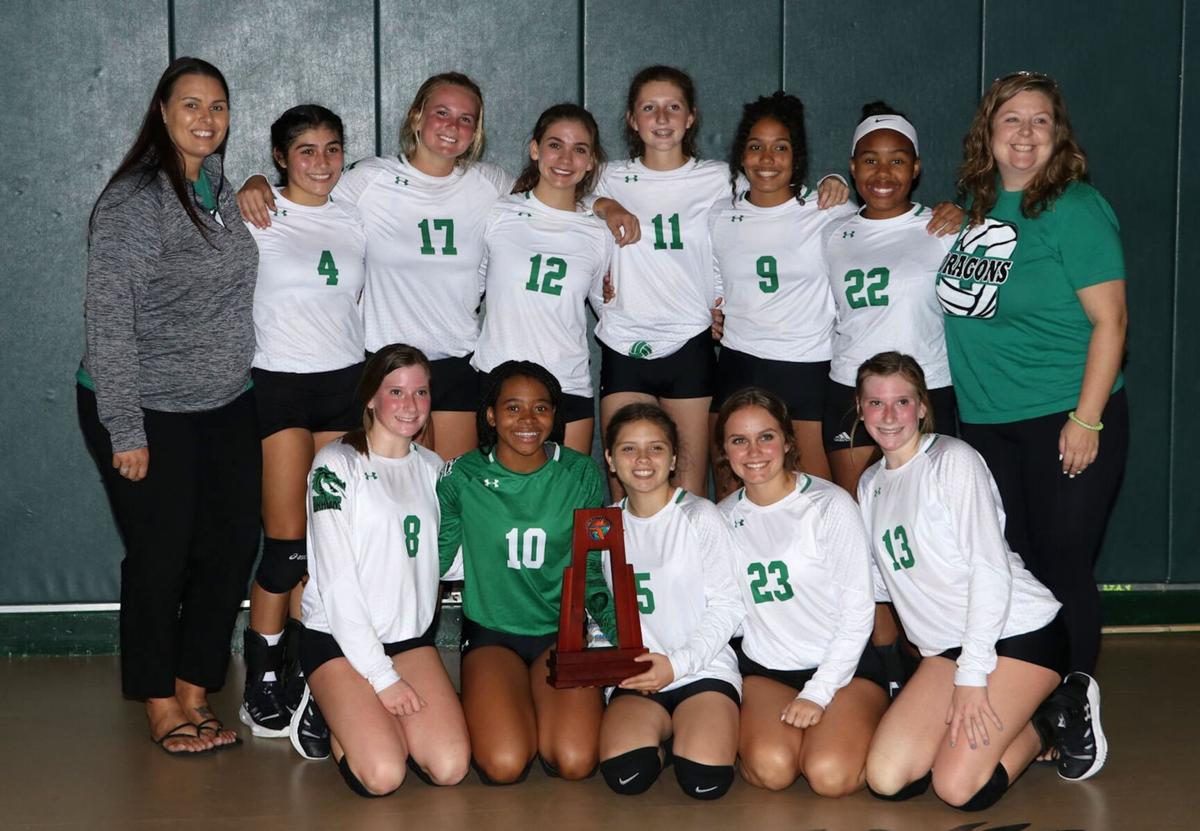 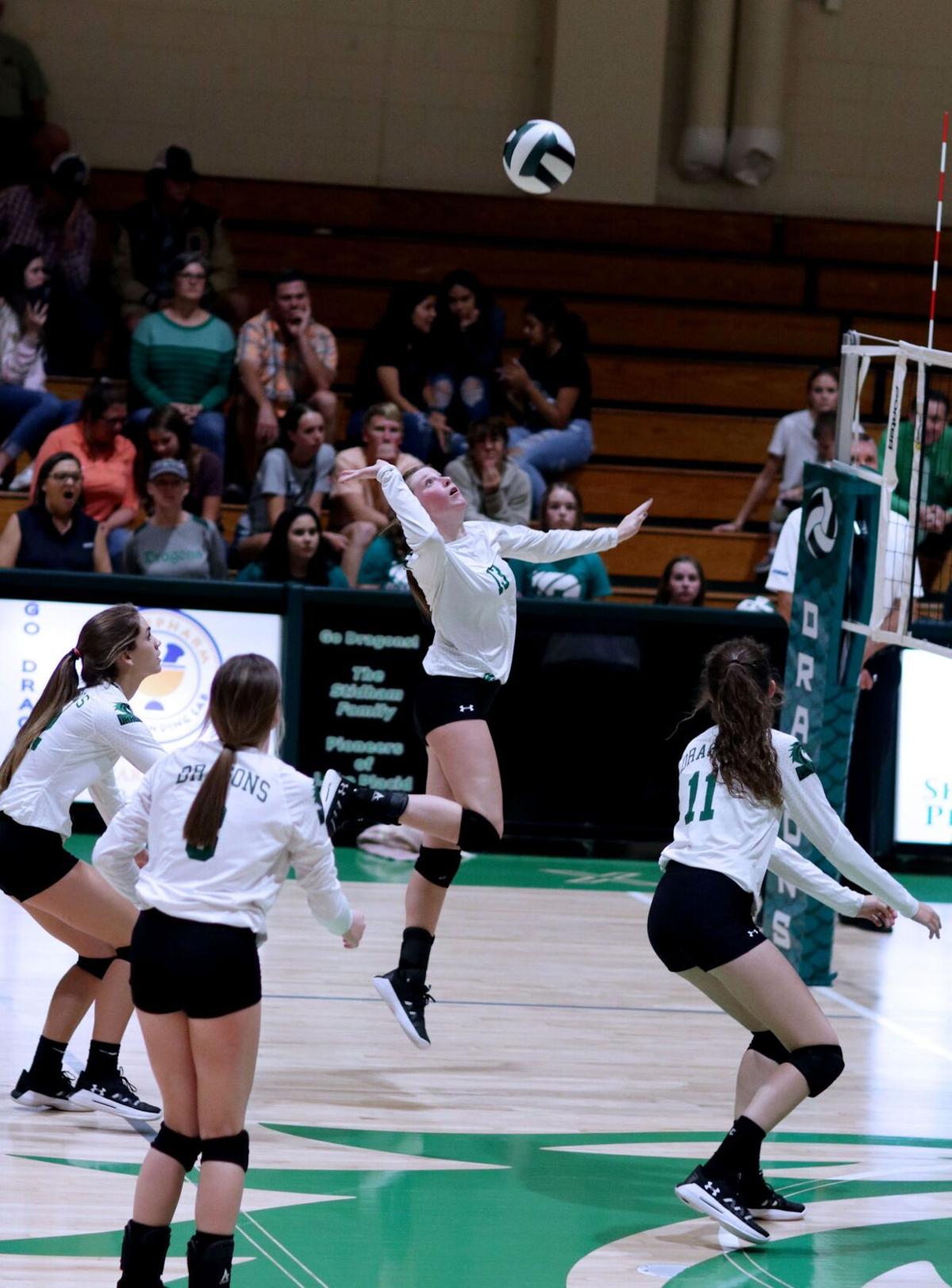 Lake Placid’s Brooke Walker (13) goes up for the shot as her teammates get into defensive mode. 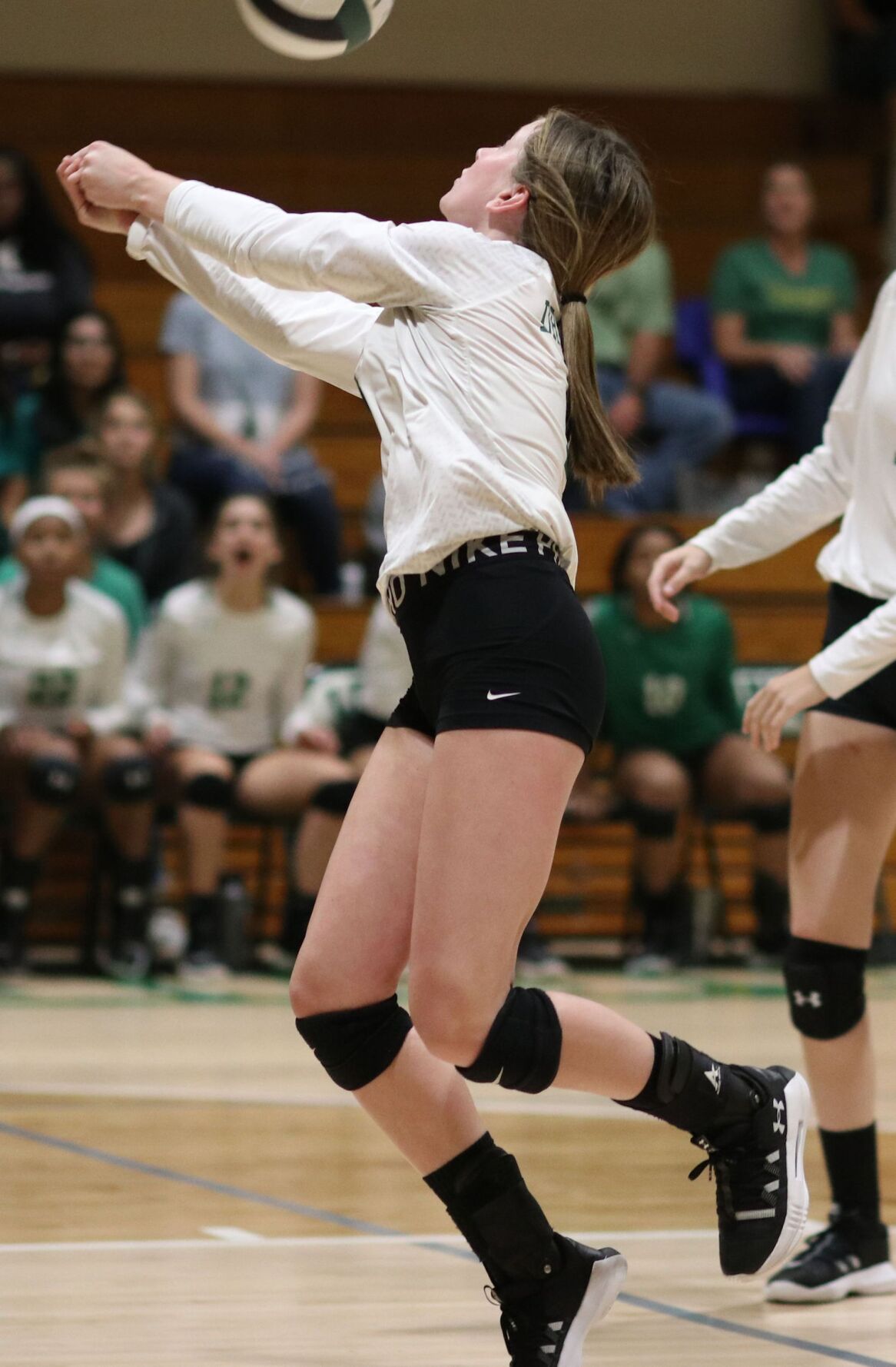 Lake PLacid’s Jenna Walker (8) had 27 assists for the Green Dragons. 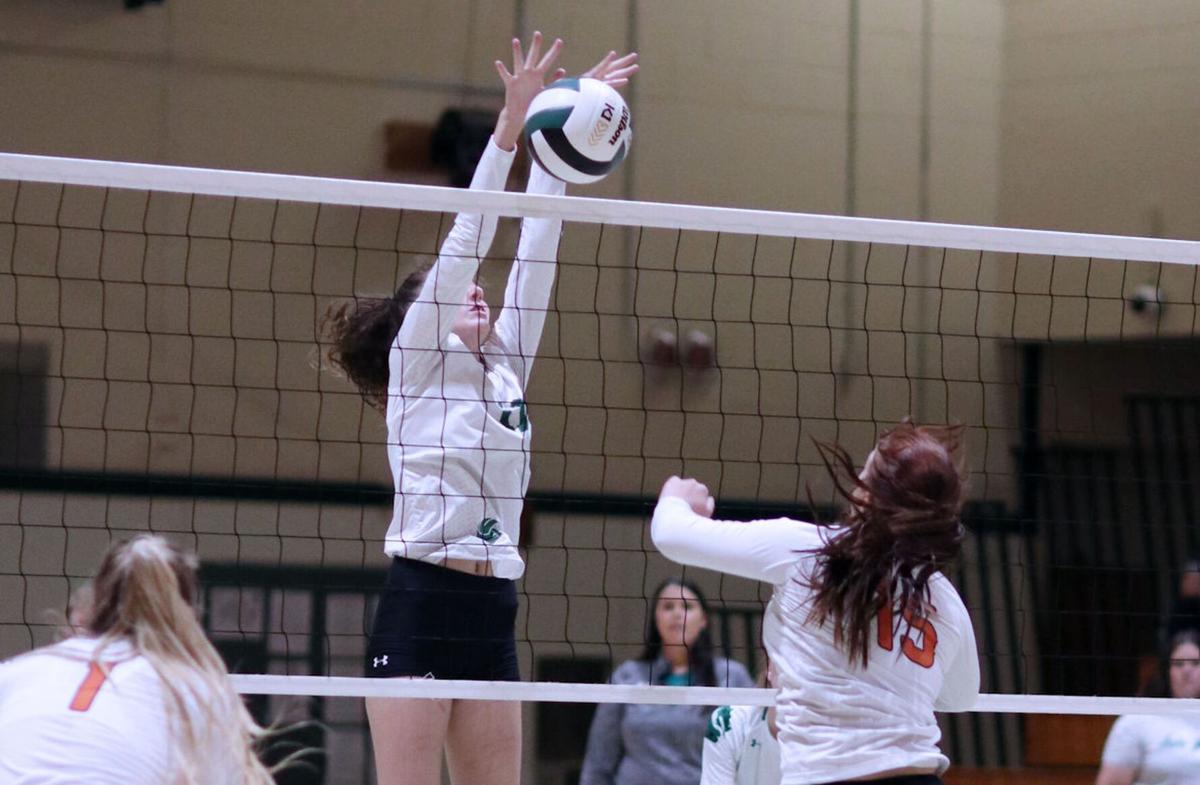 Lake Placid’s Brooke Walker (13) goes up for the shot as her teammates get into defensive mode.

Lake PLacid’s Jenna Walker (8) had 27 assists for the Green Dragons.

“Tough loss, though I am not disappointed,” said Lake Placid Head Coach Charlotte Bauder. “They persevered over some things in losing a starter and worrying about a teammate.”

The Green Dragons, despite their youth (only one senior and two juniors on the team), played remarkably well against Lincoln Park Academy, staying even or within range to rally back for most of the match, with the exception of the third game, which they won. The Greyhounds seemed to have knack of stringing together a series of points midway or later in the games to pull away from Lake Placid.

In set one, the Green Dragons held a 8-6 lead, then briefly fell behind the Greyhounds 12-10, only to battle back to retake the lead 13-12 and 14-13. From that point on the Greyhounds went on a 7-2 run to open the biggest lead for either team at 20-16. The Greyhounds finished set one scoring five of the last seven points to win 25-18.

Lake Placid seemed poised to rebound in set two as they fell behind early 5-1 only to go on a 9-2 run to take the lead at 10-7. The Greyhounds responded with eight straight points that was part of a 10-1 run that gave them a 17-11 lead over the Green Dragons.

Lake Placid showed the potential that has yet to be consistently reached in set three, falling behind briefly 2-3, the Green Dragons stormed past the Greyhounds as Faith Zahn (Lake Placid’s only senior) scored several times on tips and spikes and McLayne Roebuck became a defensive force at the net as Lake Placid built a nine point lead, 20-11. The Greyhounds tried to rally back as the thinly sliced Lake Placid’s lead to 6 at 22-16 before the Green Dragons pulled out the win 25-18.

The Green Dragons were unable to repeat that performance in set four as they became plagued with errors. With the game tied at 5, the Greyhounds with on an 8-1 run to take a 13-6 lead and never slowed as they won game 4, 25-12 and the match 3-1 to become the Class 4A-District 12 champions.

Despite the loss, the Green Dragons season still continues though the road will be a tough one next week as they head into regionals. Place, time and opponent TBA.