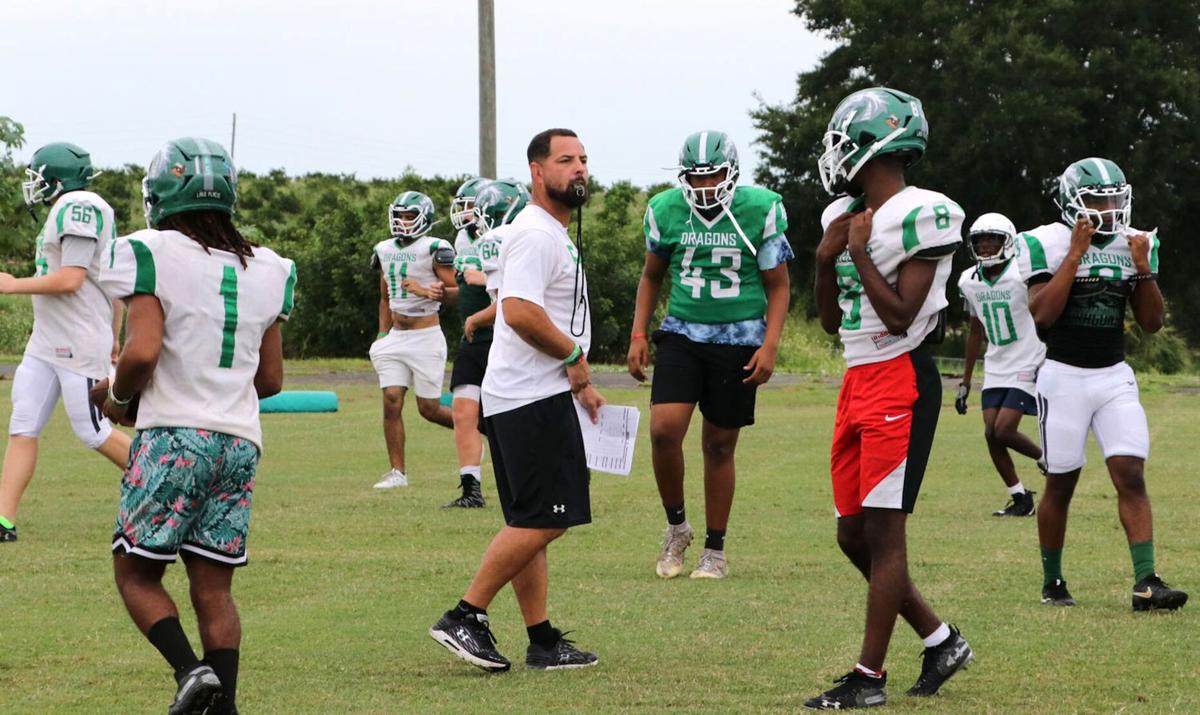 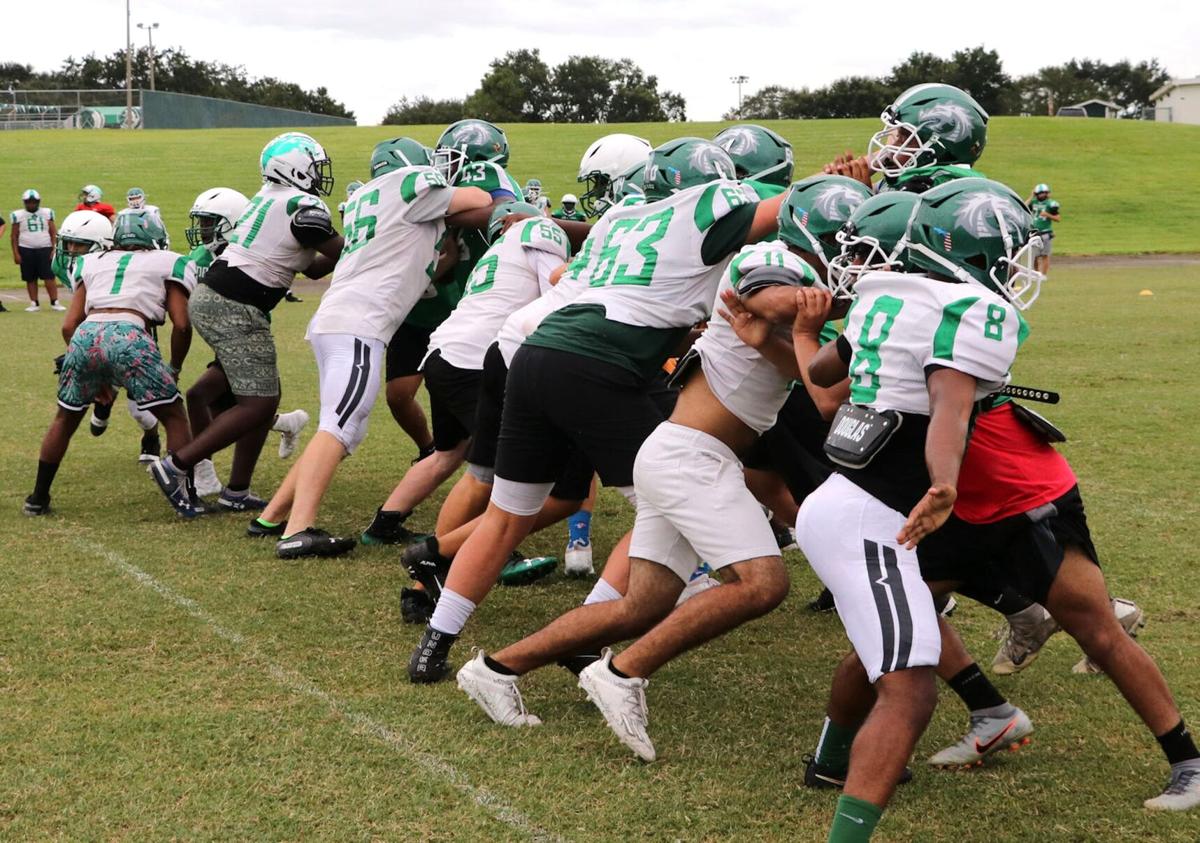 LAKE PLACID — A couple of years ago, the Lake Placid Green Dragons were nearly considered an endangered species on the gridiron, though they battled gallantly and never gave up, the few players they had would be worn down during the games.

Last year, with the arrival of Head Coach Carl White and a revamped staff their numbers grew to 31 and this year their practice field could rival some college programs as the number of players swelled to 81.

“The biggest difference from last year to this year is the numbers and the management,” said White. “We went from 31 kids to 81 now. I don’t know what swings a program around this fast. I don’t think it is me, I think it is a God thing, I really feel that way.

“We have great coaches, we have great kids, I think it is more word of mouth. It is not all fun and games, it’s not all hunky-dory, I feel like that our kids are saying what we are doing is good, come on out. I am not going to lie to you, as soon as we got back, we beat those hallways to death asking kids to come out and try it, come see what you like and they are sticking with it and that is a pretty cool thing too.”

Lake Placid left no rock unturned, they asked everyone they could find to come out and give football a try.

White noted that the sheer numbers gives the players an opportunity to compete.

“You have to earn everything now,” added White. “So hopefully we are creating an environment you have to earn and compete to get your job. You saw how kids get their (green) helmets and kids must earn those varsity spots. If they are not competing or doing exactly what they are told, then they will not earn that green hat.”

With 17 players returning from last year, White says they have taken practice a bit slower then they had wanted to, but once they get their roster nailed down to the 40, they will speed things up considerably.

“With no spring, we did not have a chance to see what we had, so this is our evaluation period, to see who is good at this, but not that, who plays hard from whistle to whistle,” explained White.

Coach White and the Lake Placid football program are putting a new spin on leadership development and community involvement.

“They allowed any senior player that wanted to be a team captain to go through an application process,” explainED Grace Bible Church Pastor Dustin Woods. “I believe that the applications are reviewed by the coaches and each candidate was peer reviewed by their teammates. The candidates have been narrowed down to three high school seniors. Those three football players will be interviewed by a panel of coaches, educators and community leaders. It is that panel that will ultimately determine who the team captain and co-captain will be this year.”

“This is merely a small example of the great leadership that the coaching staff of Lake Placid High School is bringing to the student athletes,” added Woods.

The interview panel will be meeting tonight at 6 p.m.

White stated that his goal is to compete and play mistake free.

“When you play Lake Placid you will have to play lights out because we are not going to mess up, that is what we are trying to instill right now,” White said. “Offsides, personal fouls and such are a thing of the past, hopefully we turned the corner on that on our identity culture.

“We get that first game of mistake free football, execute, be 100 percent, I feel we will be moving in the right direction. We expect some bumps and bruises, these kids have been off since March, so we expect some hiccups, but we are going to compete, be physical, fly around that football and have some fun.”

Lake Placid will start the season at home against the Moore Haven Terriers, in which White recalled they competed well in the first half last year, but Moore Have made some adjustments and jumped on them pretty good in the second half.

“They had some athletes last year and again this year, it is going to be a dogfight. We are going to go out there and compete and I am sure (Coach) Burnside will have Moore Haven ready to rock and roll again this year.”

Tickets for football are sold by the players this season due to COVID-19. Each player has four tickets to sell to cut down on the number of spectators in the stands and lower the risk of spreading the virus.