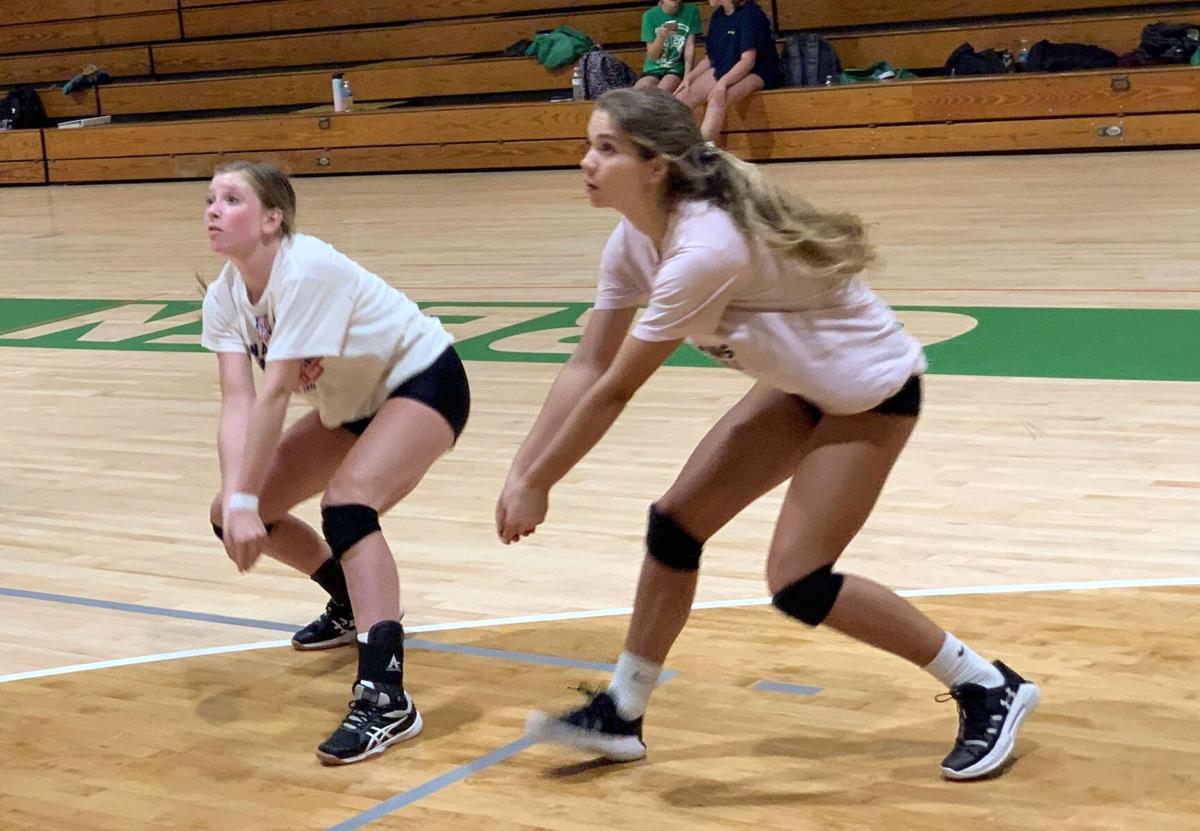 Lake Placid’s Brooke Walker (left) and Macey Howard (right) get low for a dig during practice. 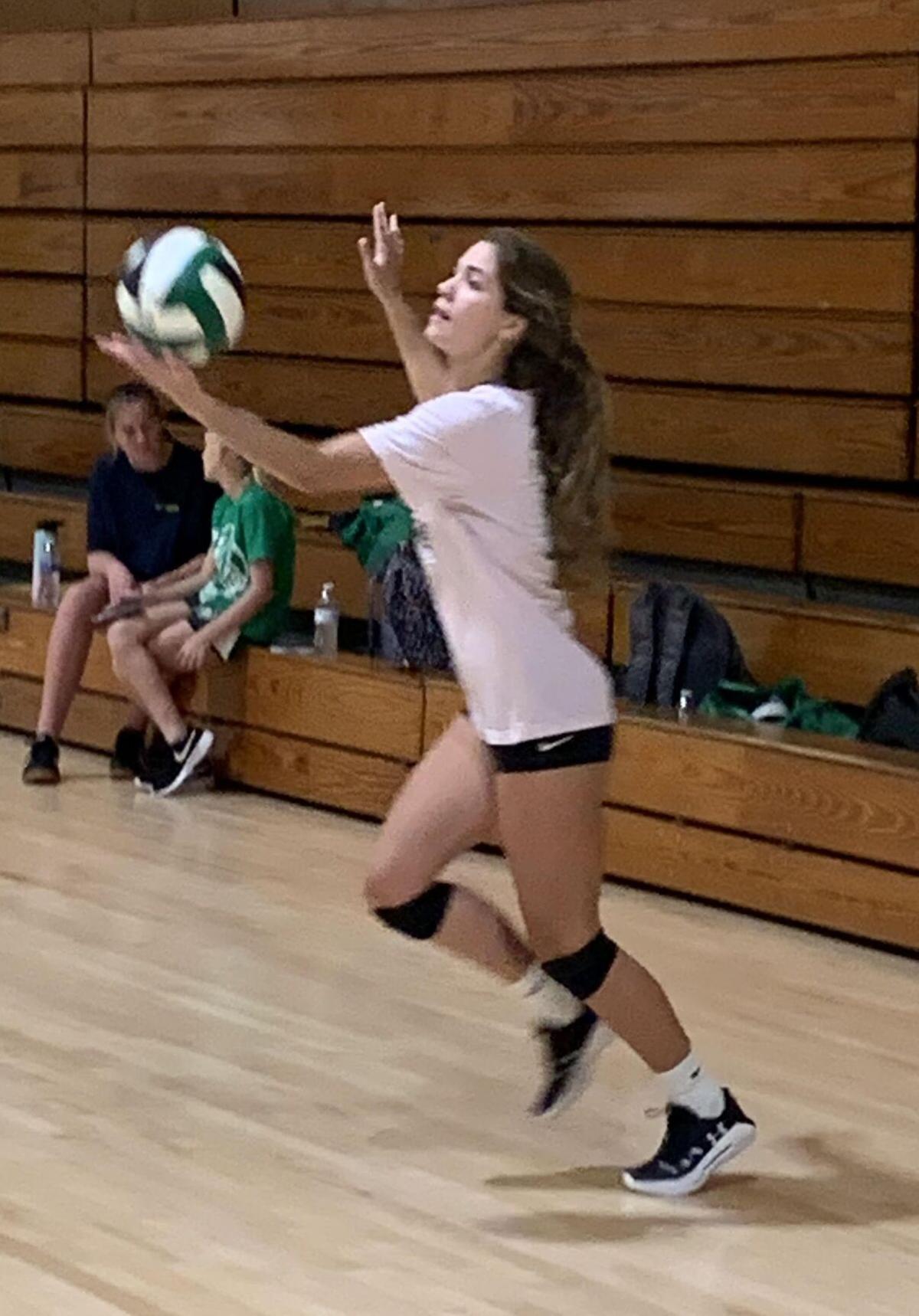 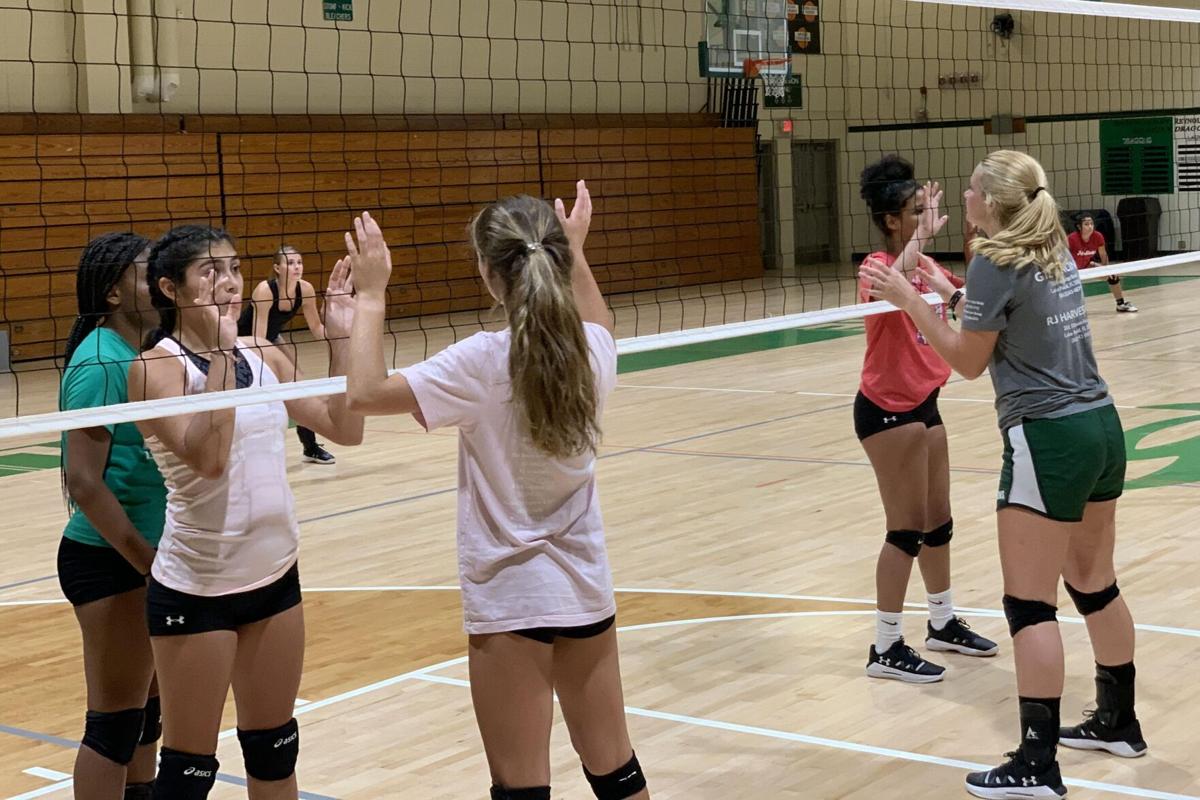 Members of the Lake Placid team stand at the ready during practice.

Lake Placid’s Brooke Walker (left) and Macey Howard (right) get low for a dig during practice.

Members of the Lake Placid team stand at the ready during practice.

“Practices are going and obviously it is tough to get in the mindset with so much going on and so many changes,” Lake Placid Coach Charlotte Bauder said. “Normally, we start at the end of May and to not be able to have open gym for some time and then having a four-day week and having to play the next week is kind of tough. I’m not going to lie; it feels a lot different.”

This season the Green Dragons have four returning players on varsity. Lake Placid has three juniors and one senior and the rest of the team are sophomore or freshmen.

“It is definitely a rebuilding year,” Bauder said. “A lot of my starters are freshmen so it is going to be a different dynamic all around. I guess it is a good thing starting with this scenario because we really haven’t played together as a team and it is like starting fresh. We also have three sisters on the team so there is that dynamic as well. The Walker sisters consist of a set of twins and their older sister is a junior. We are going to go with the flow and we have new starting positions all around. It is a new realm for everybody. They all know their role and have been working hard at that. We are going to make the most of this season no matter what and show our Dragon pride no matter how many games we have. We will do what we have to do.”

With such a young team, a few freshmen have stepped up into the leader role.

“To see the freshmen come out and not be shy is great,” Bauder said. “The Walker twins bring experience to the table and know what they are doing. The middle school has done a really good job of getting the players used to playing in higher paced games. Some played club and have brought experience through that. A normal freshman would not bring that confidence or experience, so it is good to see. They have come out confident, they want to play and they want to win.”

“Volleyball is volleyball but when you are talking rushing a season like this, rescheduling the games, hoping that things happen and then just rolling with the punches. Monday we are supposed to play Avon Park but now that is not going to happen. We are try our best to follow the protocols, staying a safe distance away so if that does happen it won’t be the entire team out. It is inevitable that it is going to happen I guess, but we are trying to do our part to prevent it the best we can and contain it if we can. We are trying to go with the flow and do our part.”

“Having the changes to the game will change the dynamic,” Bauder said. “Not having fans in general will be different. Volleyball has become a pretty popular sport, so not having those fans will be different. I think it will affect the adrenaline, we won’t have that school spirit and it will be a very different feel. I think Sebring will definitely be affected by not having that large student section of fans.”

Lake Placid has made a few changes to their home court with new floors and new logo.

“We have a brand new gym with new floors and it looks really awesome so that is something we have to look forward to,” Bauder said. “We are not asking for sponsors like we normally do because a lot of these business have been down due to quarantine and it is not feasible. We have been frugal with our spending and will be able to float through this season but it will be hard for next year. Some businesses have been fortunate and gave us some money. I had a friend of mine nominated me for the Arm & Hammer and People Magazine ‘Thank You, Coach’ giveaway and I was one of 20 selected for $5,000 for our program. That was a cool honor and definitely helped.”

Lake Placid is looking forward to its home opener, which will now be against the Sebring Blue Streaks.

“Our home opener against Sebring will be tough for sure,” Bauder said. “They have a strong team coming up with quite a bit of seniors, but we are up to the challenge.”

The Lake Placid Green Dragons were scheduled to face off in their home opener Monday night against the Avon Park Red Devils but due to COVID-19 the Avon Park team is unable to play. The Green Dragons first game of the season will instead be on Tuesday in DeSoto against the Bulldogs. Then on Thursday, Lake Placid will host the Sebring Blue Streaks for its first home game of the season.