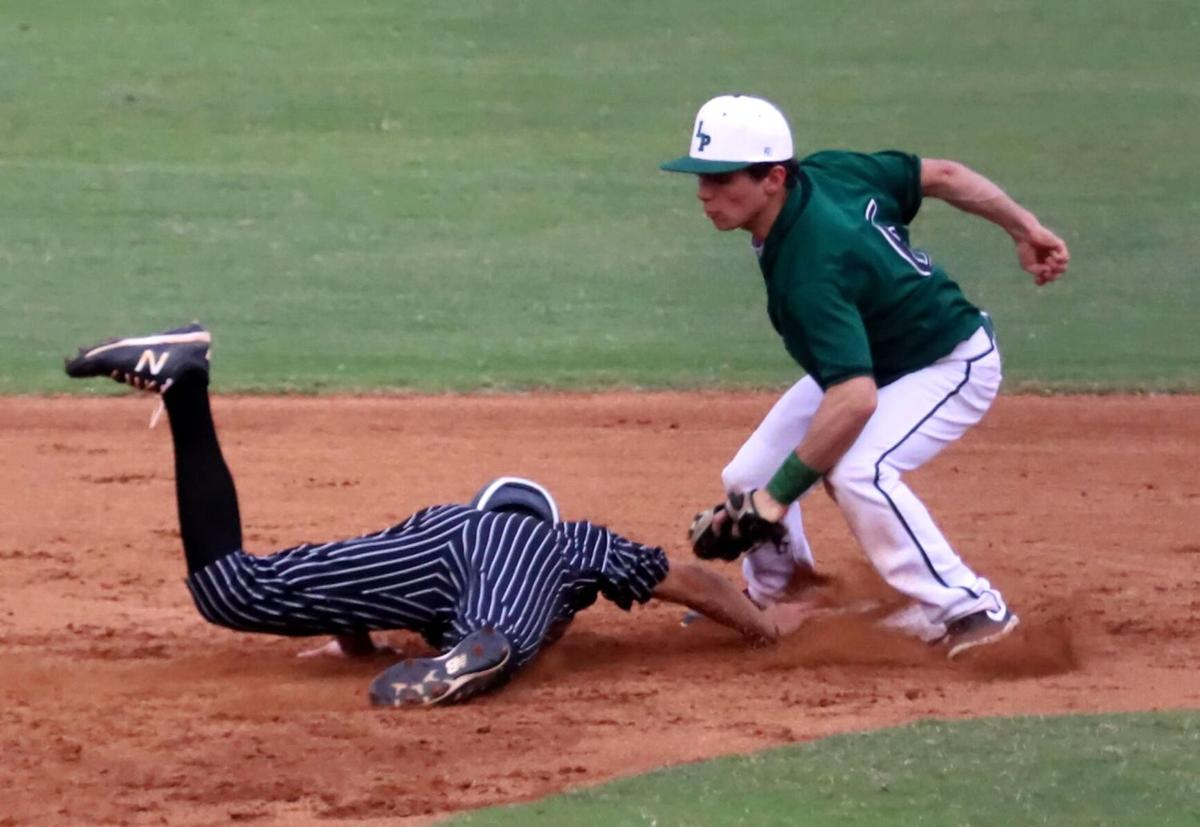 Lake Placid’s second baseman James Swaford makes the tag to get the runner out on a pickoff play during Friday’s game in Avon Park. 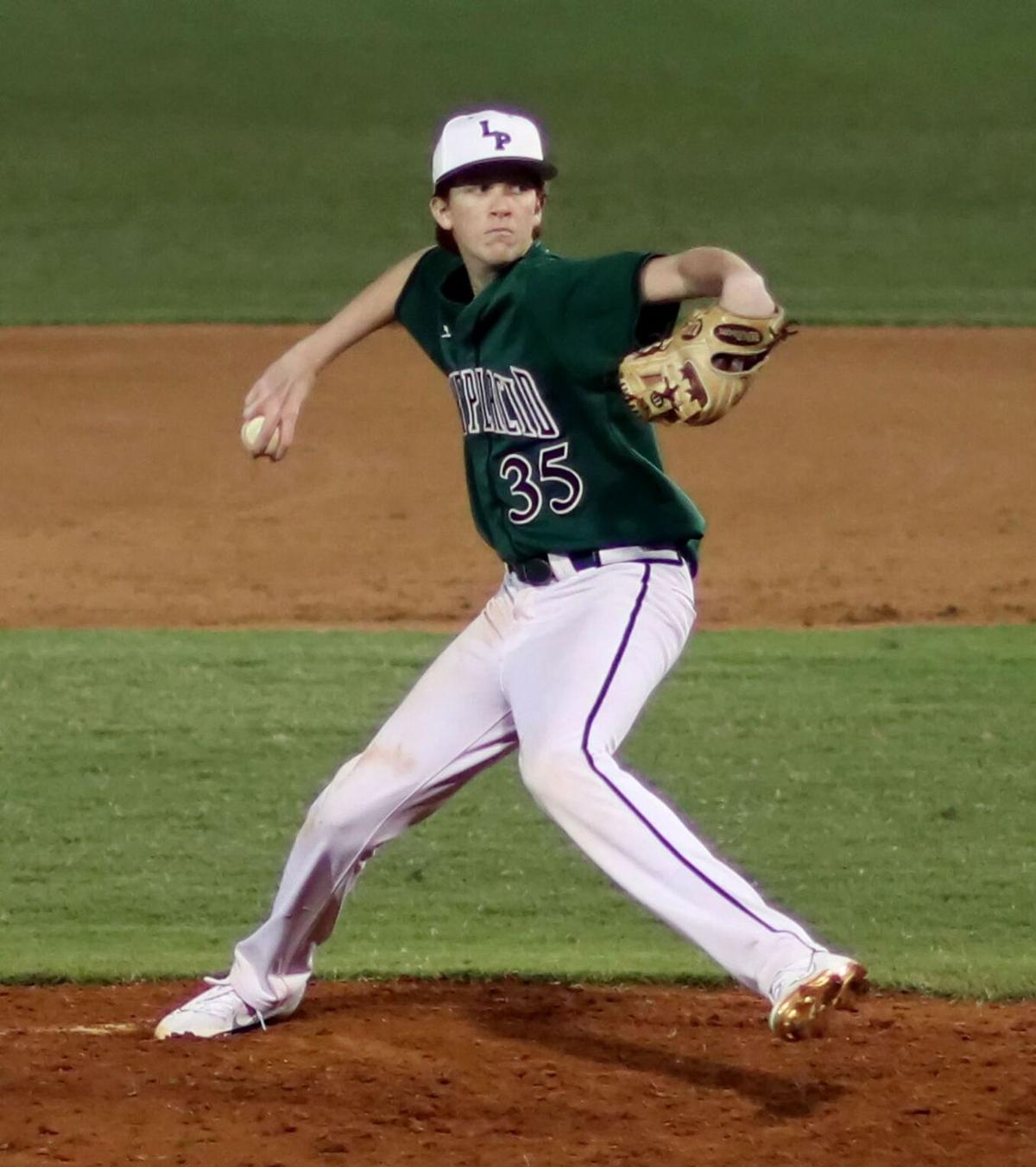 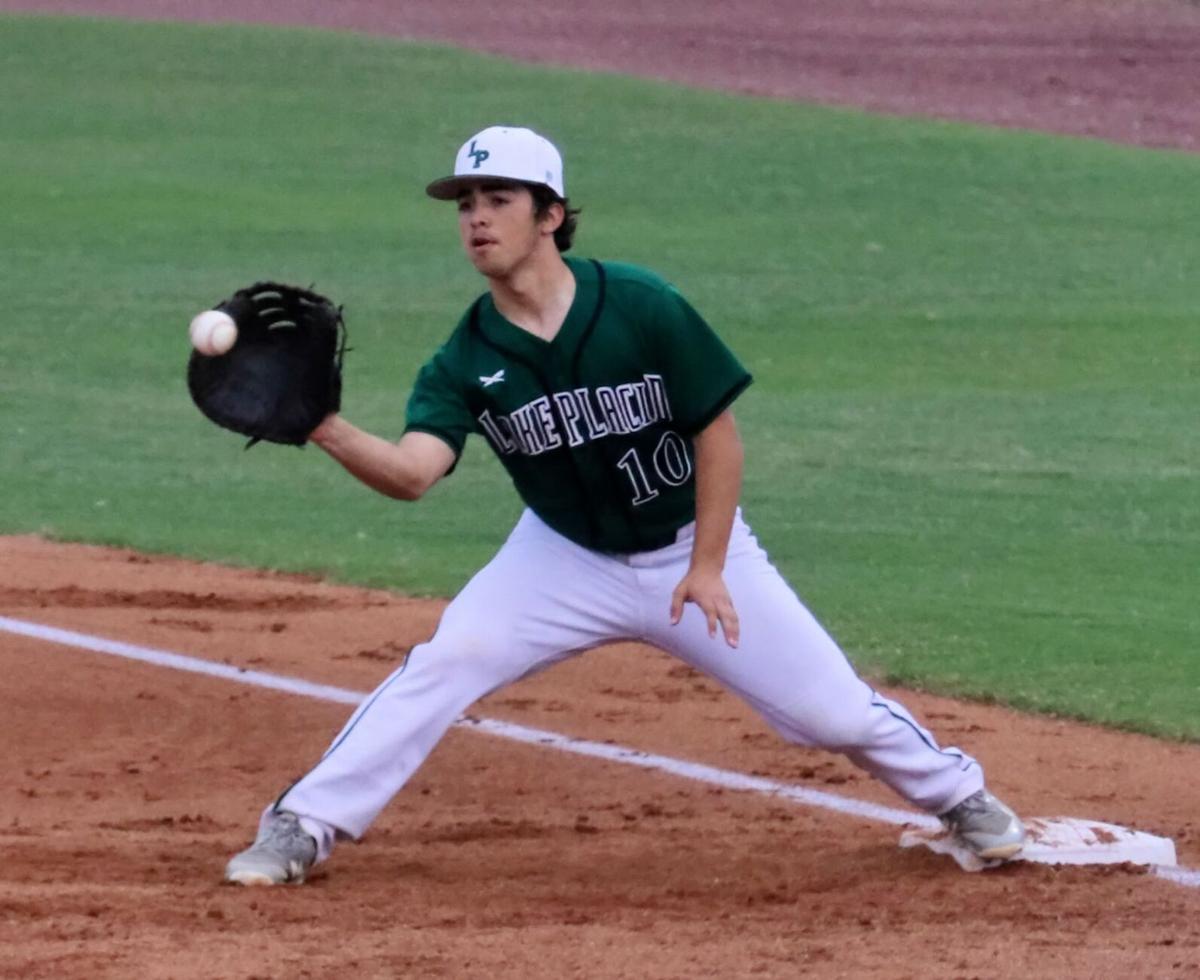 Lake Placid’s second baseman James Swaford makes the tag to get the runner out on a pickoff play during Friday’s game in Avon Park.

AVON PARK – The Lake Placid Green Dragons rebounded from a 14-4 loss to Frostproof on Thursday in the Bill Jarrett Early Bird Tournament in Avon Park with an 11-8 win over the Lake Region Thunder on Friday night.

The Green Dragons, the home team, first six batters reached base and all scored to take an early 6-0 lead in the first inning.

Eli Ming led off reaching on a error on the Lake Region right fielder, James Swaford reached on a bunt single and Layton Harrison walked to load the bases with no outs.

Singles by Jacob Morgan into left field and Troy Hovis into centerfield, each driving in a run to make the score 2-0 and kept the bases loaded with no outs.

Lake Region plated a run in the top of the second on a leadoff single by Luke Gatlin, who later scored on an infield single by Evan Marshall to make the score 6-1.

Lake Placid responded and kept their offensive momentum going as they pounded out four hits for three runs to expand their lead to eight at 9-1 in the second inning.

A leadoff single by Swaford and doubles by Morgan and Hovis produced one run to make the score 7-1. Brian Tharp capped off the scoring with a single into left field to drive in two runs as the Green Dragons held a 9-1 lead going into the third inning.

Lake Region took advantage of leadoff batters reaching base in the third and fourth innings after being hit by pitches as they trimmed the Lake Placid lead to 9-3 after the top half of the fourth.

The Green Dragons countered with solo runs in the fourth and fifth innings to regain their eight run advantage after five innings at 11-3.

Lake Placid scored on three base hits and an RBI single by Tharp in the fourth and two singles and an error by Lake Region in the fifth that allowed Swaford to score.

The Thunder tried to rally in the top of the sixth as they scored four runs on one hit to cut Lake Placid’s lead in half, from eight to four as they closed in at 11-7.

A leadoff hit batter, the third of the game for Lake Region, would again score on two one-out walks and a passed ball. Marshall added to his runs batted in count with a two run double into the right-center gap and later scored on a passed ball to account for the Thunder’s four runs.

Lake Region scored once more in the top of the seventh and threatened to score more before the Green Dragons brought in Johnny Philips to close out the game, getting the last two outs on strikeouts to preserve the Lake Placid 11-8 win.