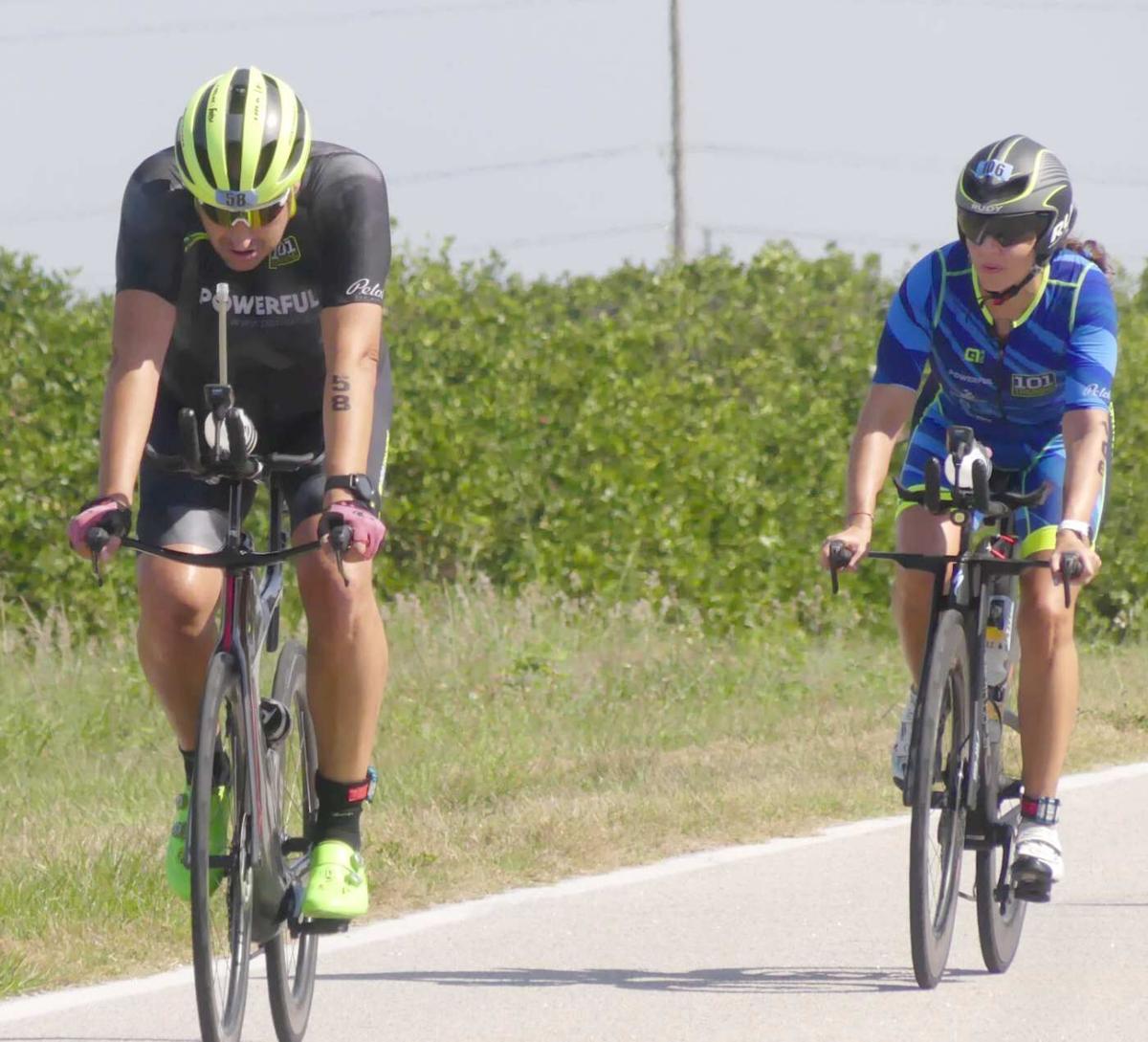 Joaquin Duro (58) and Silvia Santilli (106) in the bike portions of the Sebring Half Iron Triathlon. 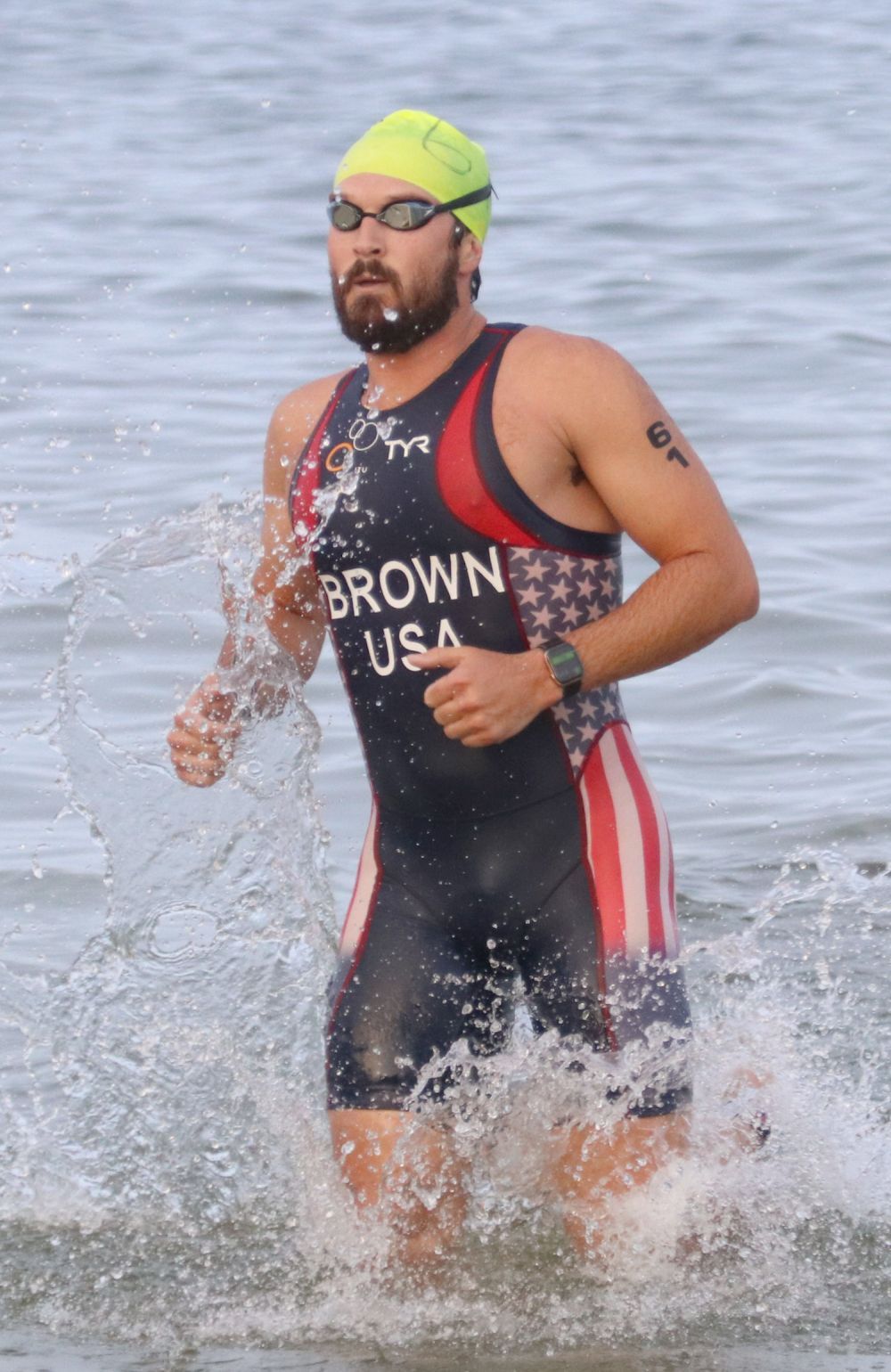 Alex Brown completes the swim portion of the triathlon.

Joaquin Duro (58) and Silvia Santilli (106) in the bike portions of the Sebring Half Iron Triathlon.

Alex Brown completes the swim portion of the triathlon.

The 15th Annual Heartland Triathlon will kickoff tomorrow in downtown Sebring. The Triathlon is a two-day event with the kids running the course Saturday and the adults taking their turn Sunday morning. There are three race categories: Olympic, sprint and youth.

The youth race is the Southeast Regional Championship for USA Triathlon, which is a traditional triathlon that is a multi-sport event that starts with a swim, then a bike race and ends with a run.

In the adult races there are several different types of races going on this year. There will be the Olympic distance, which is the Southeast Regional Championship for USA Triathlon; a sprint distance, and a duathlon that consists of a short run, the usual bike race and then the usual run that triathletes compete in for those that don’t care to swim.

There will also be an aquabike that is a two-part race that is the swimming portion and the biking section for those that can’t or don’t like running. Sunday’s events are for ages 16 and up.

There are about 900 athletes signed up for the Heartland Triathlon. The race will begin at 7 a.m. both days. The youth race will have athletes ages 6 to 16 and the adult race will have participants 16 up to 80s. The nucleus of the event will be at the Jack Stroup Civic Center where the transition station is located. The finish line is located on West Center Avenue. For anyone that is downtown this weekend the place to watch is down by the library.

“We have close to 900 signed up but we have around 100 deferrals for various reasons,” explained Heartland Triathlon Race Director Dan Andrews. “Some of that is because people aren’t ready to get back to racing, injuries or things of that nature. We will have about 800 at the starting line between Saturday and Sunday.”

There are a few minor changes for COVID protocol.

“We took into account all the initial protocols and the governor took away most of the restrictions but we are still being mindful of social distancing and things of that nature,” Andrews stated. “We have adjusted our transition area to allow for more space between our athletes bikes, we have spread out our award ceremony and we are doing that outside in the open air instead indoors and made a few minor adjustments. Even though those are no long mandated we felt they were appropriate protocols to maintain.”

The Heartland Triathlon brings an economical boost to Highlands County.

“97% of our athletes come from outside of Highlands County so all of the hotels are pretty much full, we have several restaurants that are geared up for a larger audience over the weekend and as far as road closures and impact on the community it will be the same as it is every year that we do the Heartland Triathlon. Saturday and Sunday the downtown roads will be close to all traffic for a good portion of the morning from 7 a.m. to about noon.”

The course encompasses downtown Sebring, the Panther Parkway, Memorial Dr and FL-17. There will be a few road closures starting at 5 a.m. and detours this weekend during this event so please leave early to get to your destination. Please plan accordingly and watch out for runners and bikers on the roads.

“We haven’t made any drastic changes to the course,” added Andrews. “There are some changes only because Panther Parkway is finished going from the roundabout up to the college so that portion is brand new for the athletes doing the Olympic race. It is a slight modification but the overall general route is the same.”

It is going to be a scorcher this weekend so all participants and spectators are encouraged to stay hydrated.

“What we hear time and time again from our athletes is that they are ready to get back to racing,” Andrews said. “They have had about a year and a half lull so they are really excited to get up and racing. Our community, city and state have been through a lot this last year and a half so I think it is cool that we are having something that will bring some normalcy back. Hopefully this is a step in the right direction to bring things back to the way it has always been. We are looking forward to a great event, it is going to be hot out there so we are encouraging everyone to stay hydrated and we are excited about the Heartland Triathlon.”