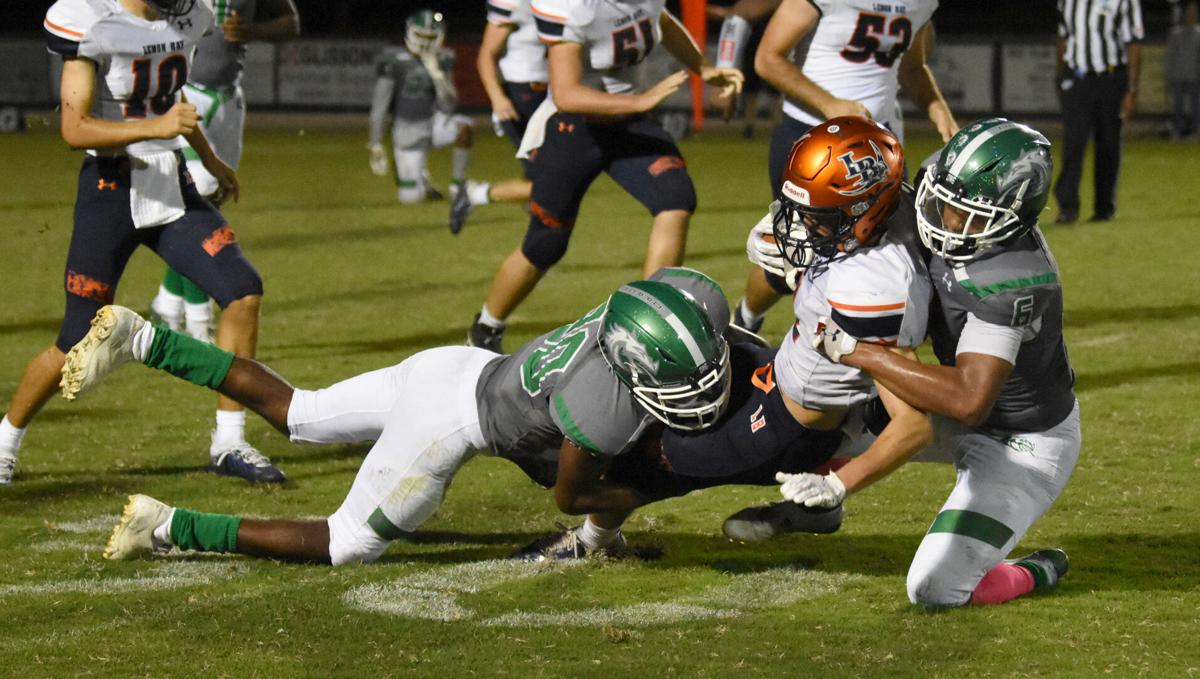 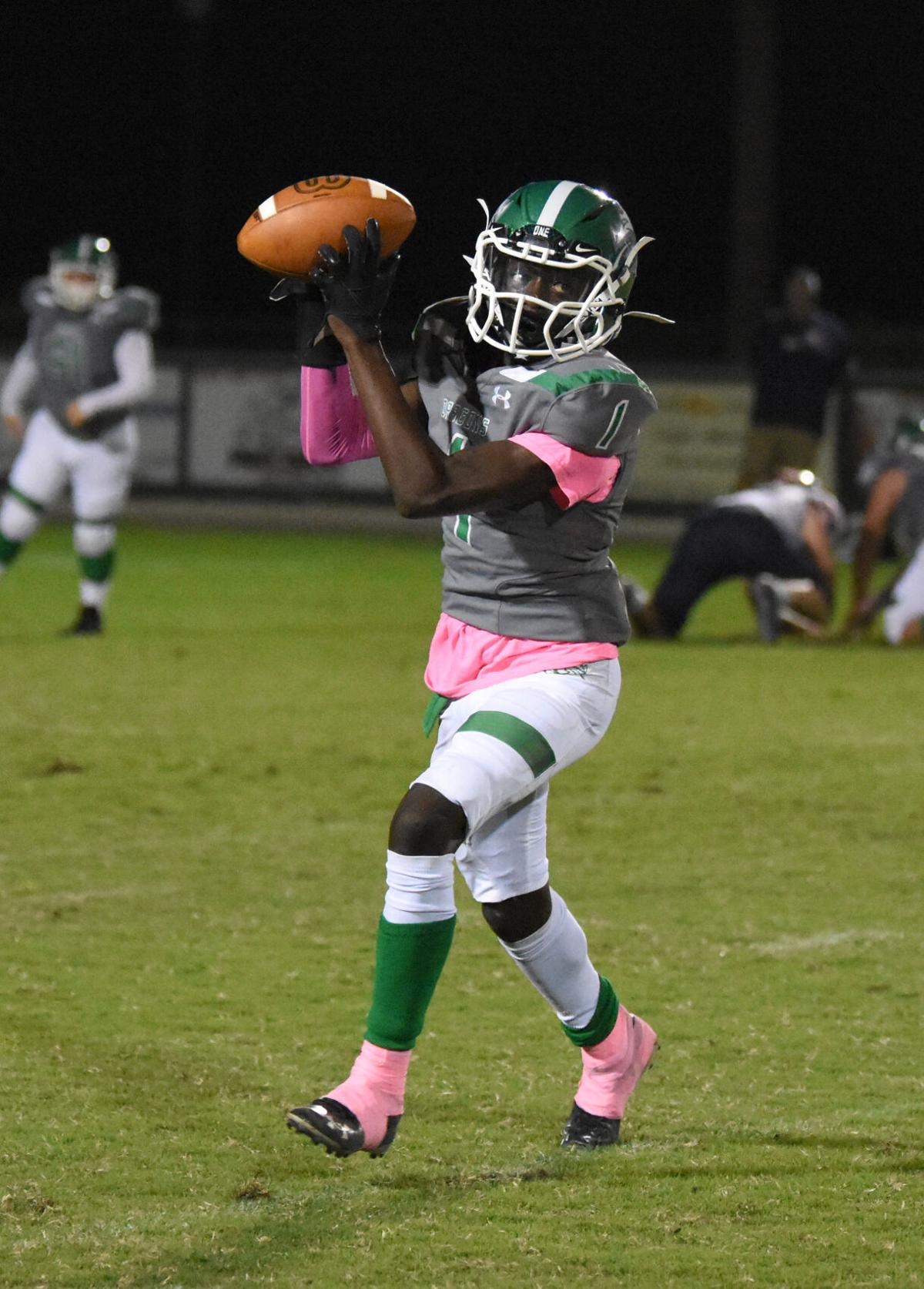 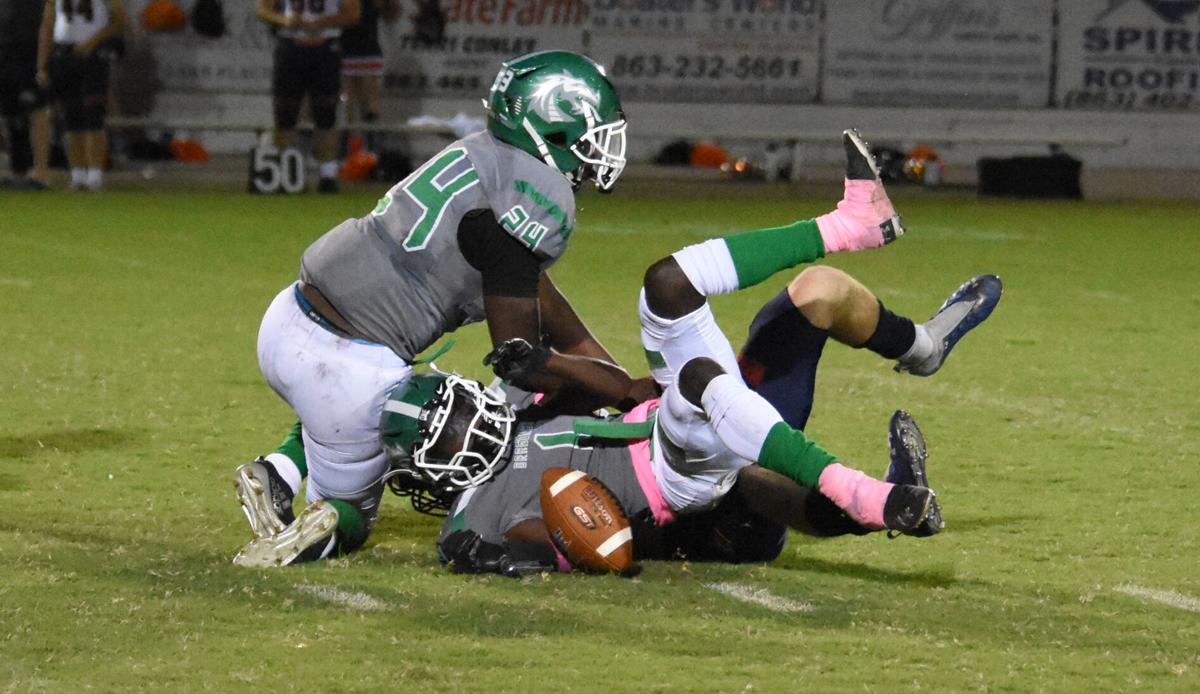 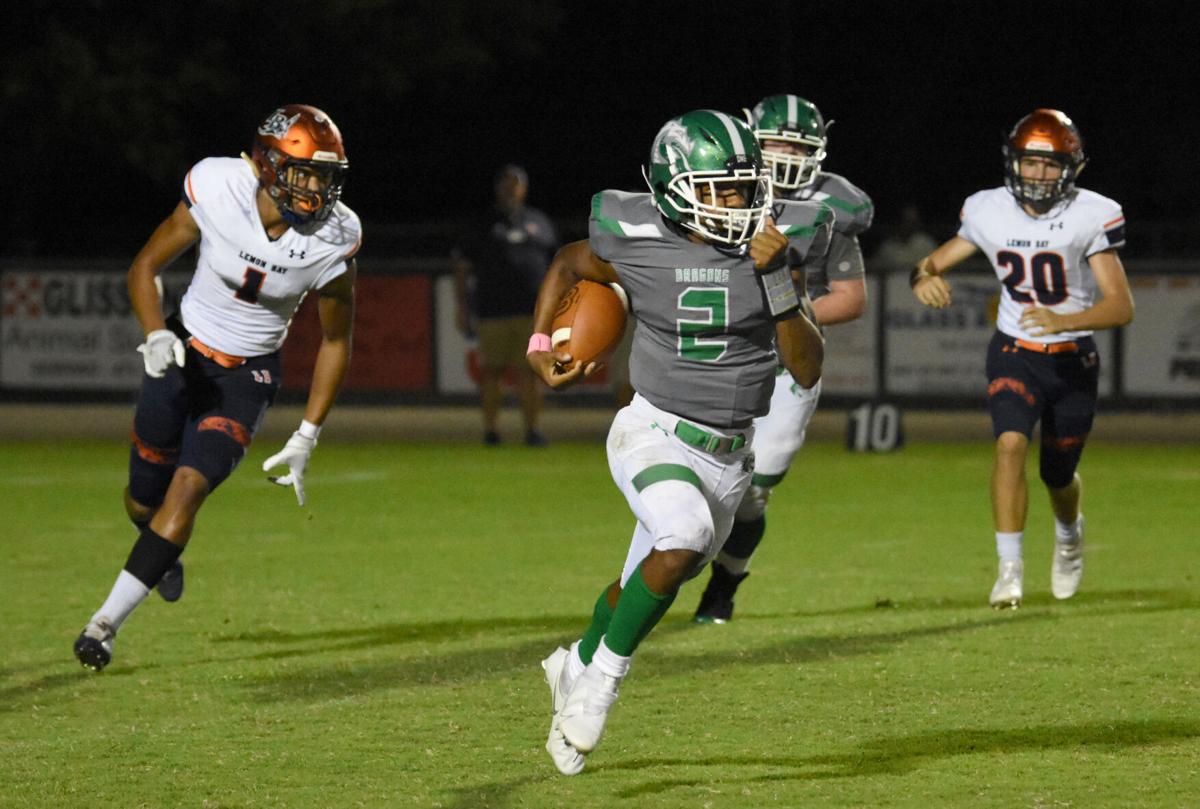 LAKE PLACID — It was a tough night on the gridiron for the Lake Placid Green Dragons as they host the Lemon Bay Manta Rays. The Green Dragons fought valiantly until the end but were unable to cross the goal line and fell to Lemon Bay, 35-0. This loss drops Lake Placid’s record to 3-5.

“I am frustrated that we played the way we played but Lemon Bay is a good football team,” said Lake Placid Coach Carl White. “We have to be up for it. When they punch us in the mouth we have to be able to punch back and right now we aren’t there yet. We stood in there in the middle of that ring and boxed them toe-to-toe. We just didn’t come out where we need to be.”

On the Manta Rays’ first possession of the night a bad snap resulted in a loose ball with Lemon Bay’s quarterback trying to get a hold of it but Lake Placid’s Mosley McCray knocked the quarterback over and grabbed the ball for the Green Dragons. Lake Placid unfortunately was unable to capitalize on the turnover and ended up punting on downs. The Manta Rays lined up expecting a short punt but Anthony Barajas launched the ball deep into Lemon Bay’s territory.

After a few hand offs and a quarterback keep the Manta Rays worked their way up to Lake Placid’s 39 yard line. Lemon Bay handed the ball to Landon Spanninger who carried it to the 10. The Manta Rays gave the ball to Jason Hogan who ran the ball in for a touchdown putting Lemon Bay up 7-0 with 2:40 left in the first quarter.

Lemon Bay added to their lead in the second quarter with a 60-yard punt return by Aaron Pasick making the score 14-0 going into halftime.

“Lazavion Brown does well at quarterback and is a little more athletic,” explained White. “If stuff breaks down he is able to run the ball. We have to protect him though and give him the time to make a play. Kevion Mason is No. 3 ranked in the state in yards right now and we can’t give him the ball right now. We have to figure out ways to get back.”

The Manta Rays continued to build their lead in the second half with two additional touchdowns in the third quarter giving Lemon Bay an overwhelming 28-0 lead.

In the fourth quarter things got ugly. The Manta Rays handed off to Jacob Sekach who made a short run down the left side before being taken down by Lake Placid’s Bertram Johnson. As Johnson was trying to get up Lemon Bay’s Sekach wrapped his legs around Johnson keeping him from getting up and fight ensued resulting in a Lake Placid player being ejected from the game. Personal fouls on both sides offset each other and the Green Dragons took over on downs on their own 27 yard line.

“Again, mentally is where we have to get stronger,” added White. “We knew this would be a challenging group in many different ways and we aren’t talking about football, Lemon Bay challenges you mentally. We have to make sure we are handling ourselves so we are ready mentally. We preached about them all week that they would challenge us and it came to a head at some point. We have to get better and we will come back next week ready to play. This team is not giving up and we knew this would be a tough game, Lemon Bay gave up 12 points all year long so we knew it would be a dandy and it was. We will bounce back, Oasis will be here in seven days and we have to get prepared. We have to find a way to get better and find a way to do something offensively.”

Though the Lake Placid Green Dragons were unable to break through to the end zone they fought hard until the end and never gave up. The Green Dragons will host the Oasis Sharks this Friday starting at 7:30 p.m.