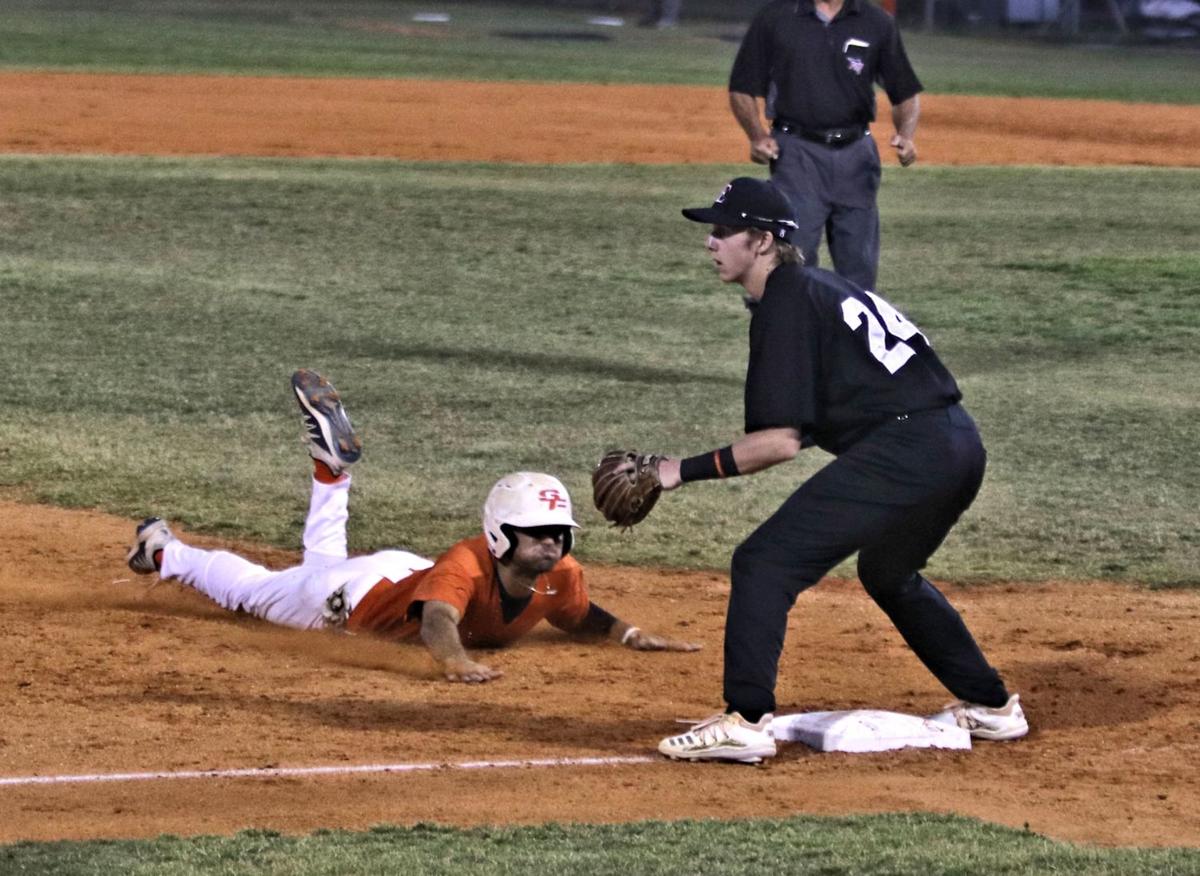 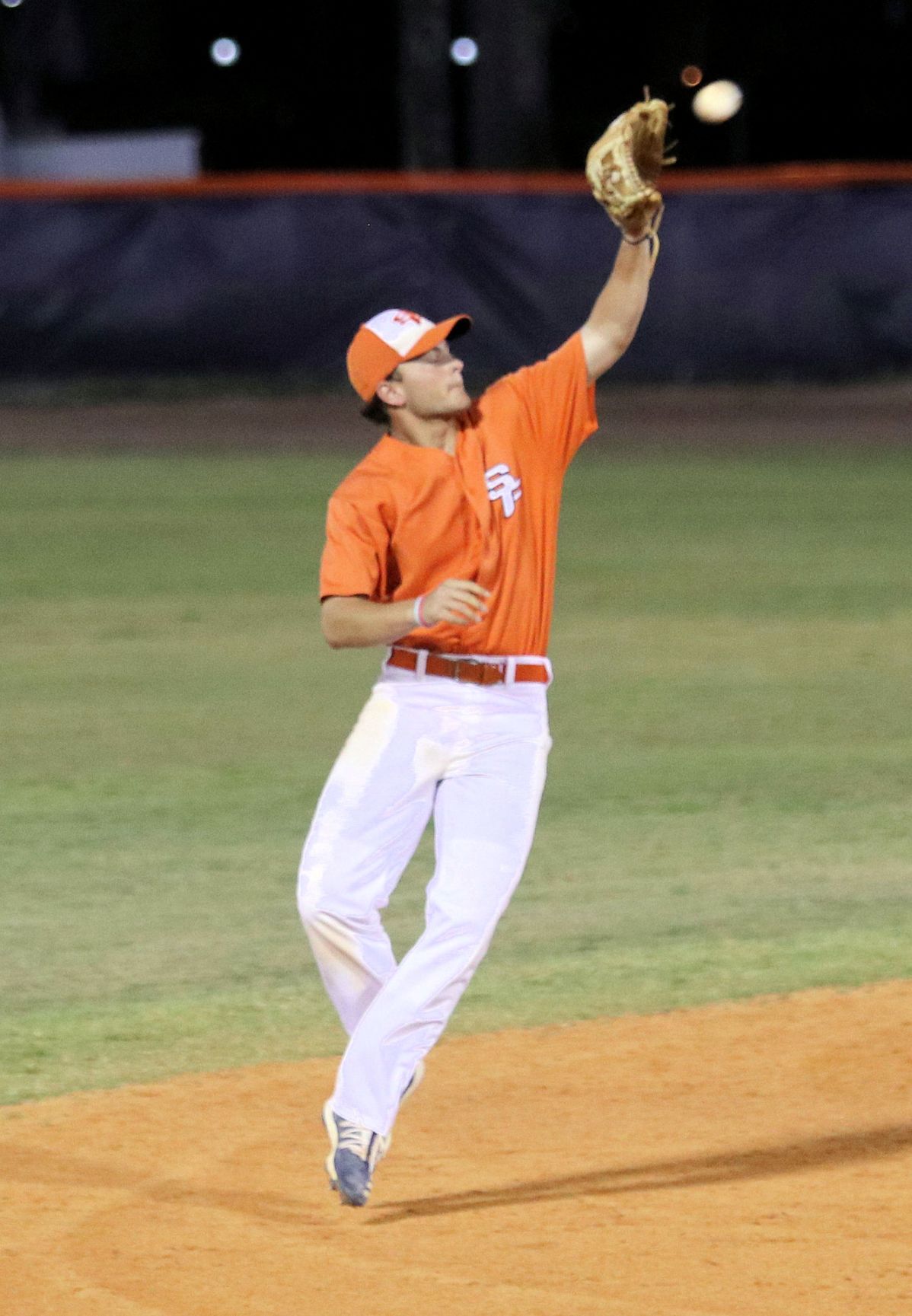 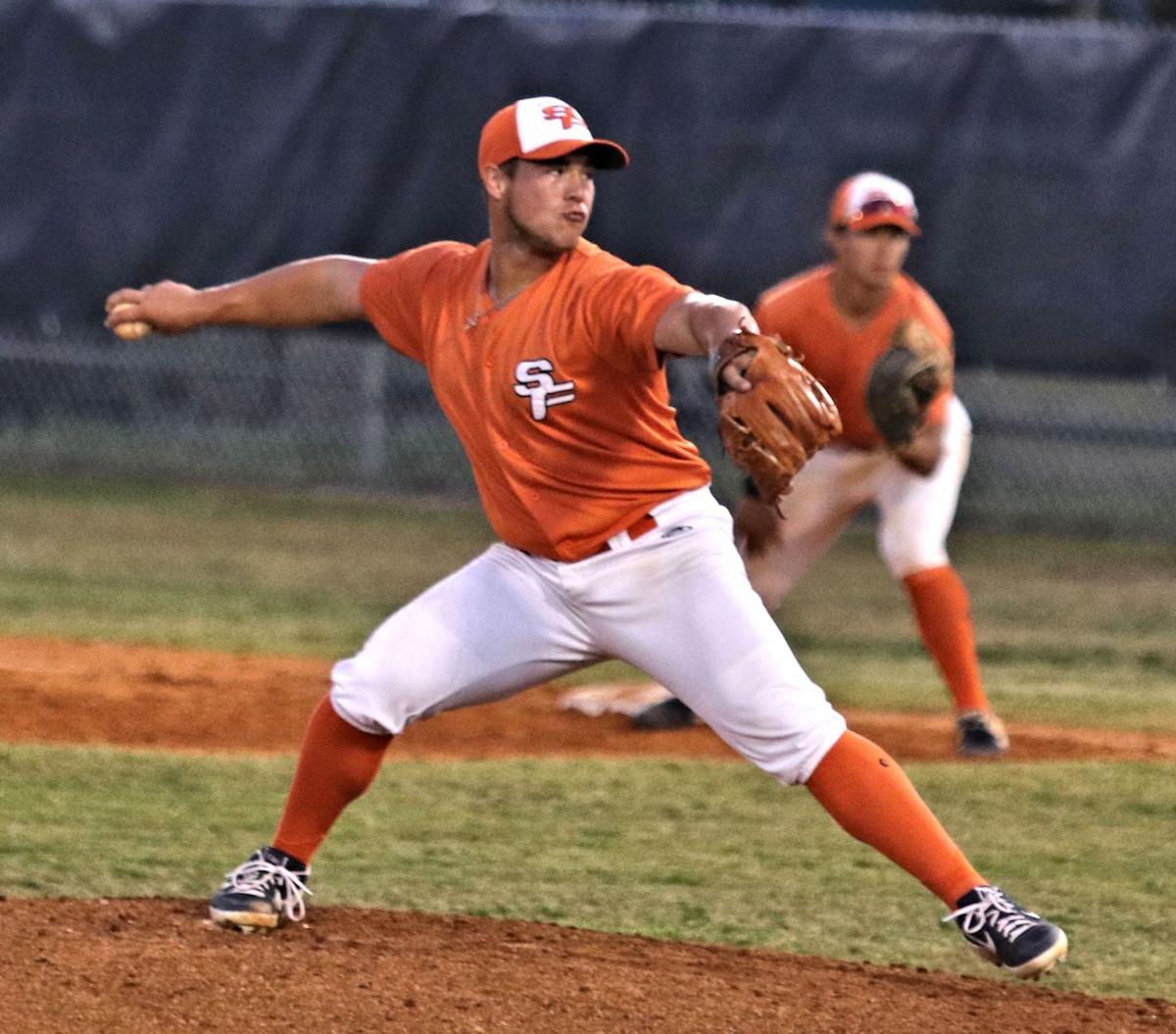 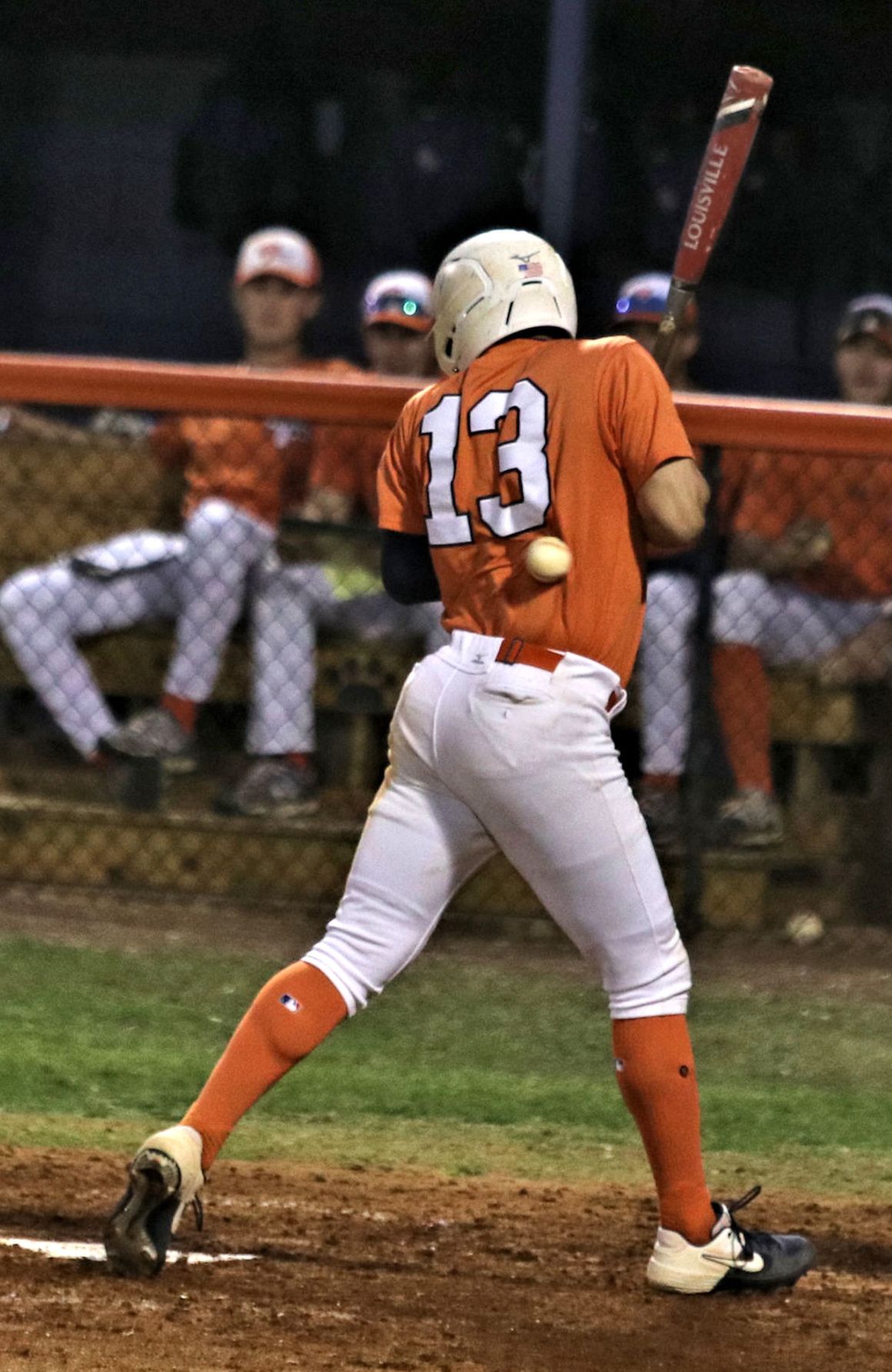 South Florida State College’s Brian Perez gets drilled in the back as he was one of four hit batters for the Panther’s against Erie Community College.

South Florida State College’s Brian Perez gets drilled in the back as he was one of four hit batters for the Panther’s against Erie Community College.

AVON PARK – The South Florida State College Panthers won their third game out of their last four with a 10-0 decision over Erie Community College from New York on Thursday night at Panther Field in Avon Park to improve to 17-13 (2-4) on the season.

The Panthers pounded out twelve hits and Myles Caba and four other pitchers combined to give just four hits and no runs in the win.

After two scoreless innings to start the game, the Panthers generated a big five run inning in the bottom of the third with four hits, three hit batters and an error on Erie Community College.

Tate Hansen got the momentum rolling for the Panthers with a one out single into center field and subsequently stole second base, which ended up being a mute point as Shane Magrann was hit by a pitch to reach first.

Hansen would score on Hunter Wilder’s single into right field to give the Panther’s a 1-0 lead with Magrann reaching second. Magrann would steal third and Wilder would steal second, which led to Brian Perez being the second Panther batter to be hit by a pitch to load the bases.

Mike Bessell drove in Magrann and Wilder with a single into center field to make the score 3-0 in favor of the Panther with Perez advancing to second, then to third on a stolen bases and scoring on an error to stretch the Panther lead to 4-0.

Case Hannum capped off the scoring with a single into right field that drove in Bessell to make the score 5-0 after three innings.

South Florida State College added three more runs in the bottom of the sixth as Carter Dahl reached first on a swinging third strike that was also a passed ball and reached second a single by Casey Asman into center field.

Wilder singled into center field to drive in Dahl as the Panthers widened their lead to 6-0 and Perez followed to load the bases after being hit by a pitch.

South Florida State College made it 7-0 on a sacrifice fly into left field by Bessell. Wilder made the score 8-0 scoring on a ground ball to first base by Zeddric Burnham to conclude the scoring in the sixth inning.

The Panthers scored twice more in the eighth inning as Trey Fields and Leeandro Alfonzo led off with back-to-back singles and Nico Saladino drew a walk to load the bases. Hannum doubled into left-center field to drive in Field and Alfonzo to make the final score 10-0.

Hannum led the Panthers with three hits and three RBI’s with Bessell driving in three runs on two hits.

The South Florida State College Panthers has joined all other state college athletic programs and has suspended their athletic program for the spring sports effective immediately and will extend until Saturday, March 28. All home games for baseball and softball will be postponed and rescheduled for a later date.