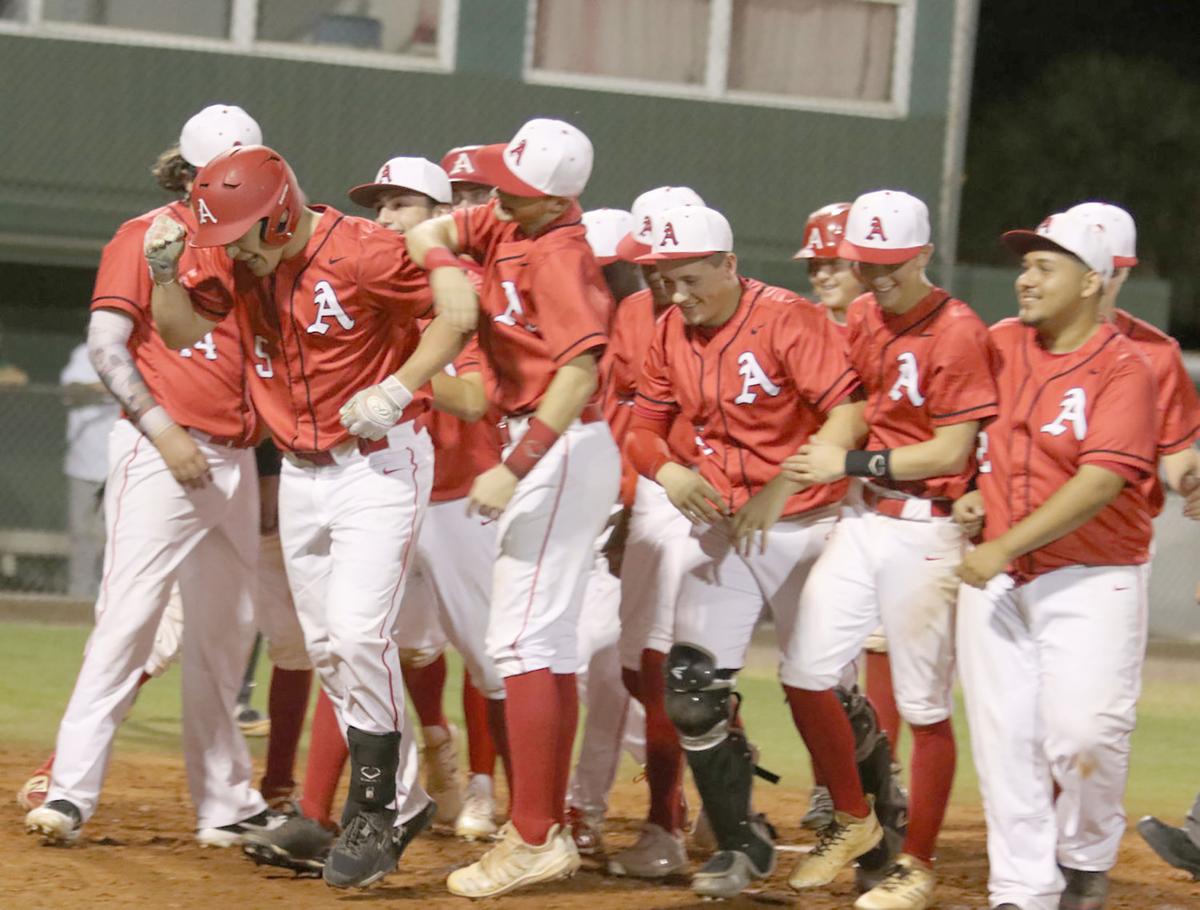 Avon Park’s Hunter Vanderpool is congratulated by teammates at home plate after hitting his home run. 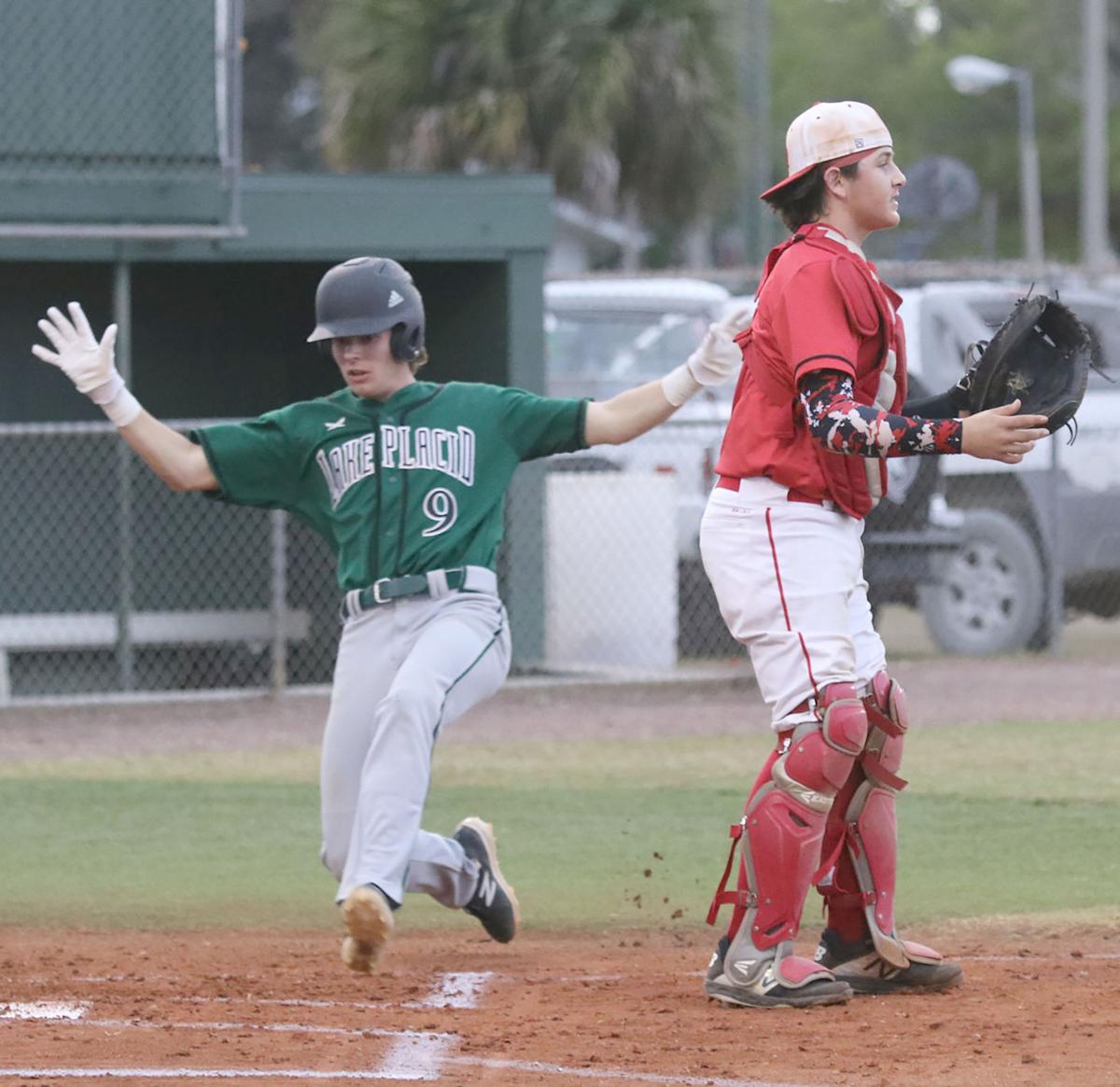 Lake Placid’s Briar Napier scores as Avon Park catcher Mason Price waits for a throw that does not come. 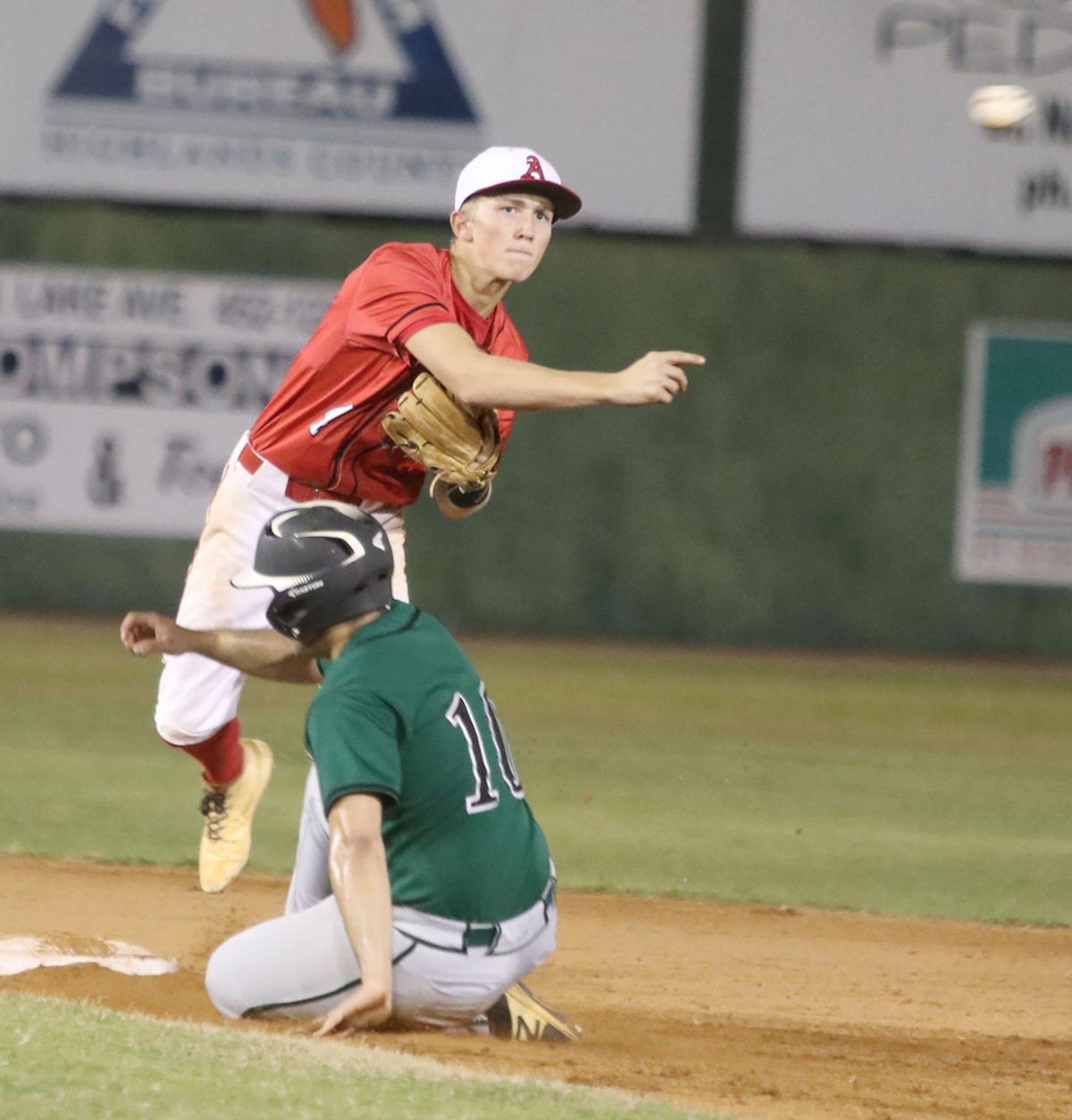 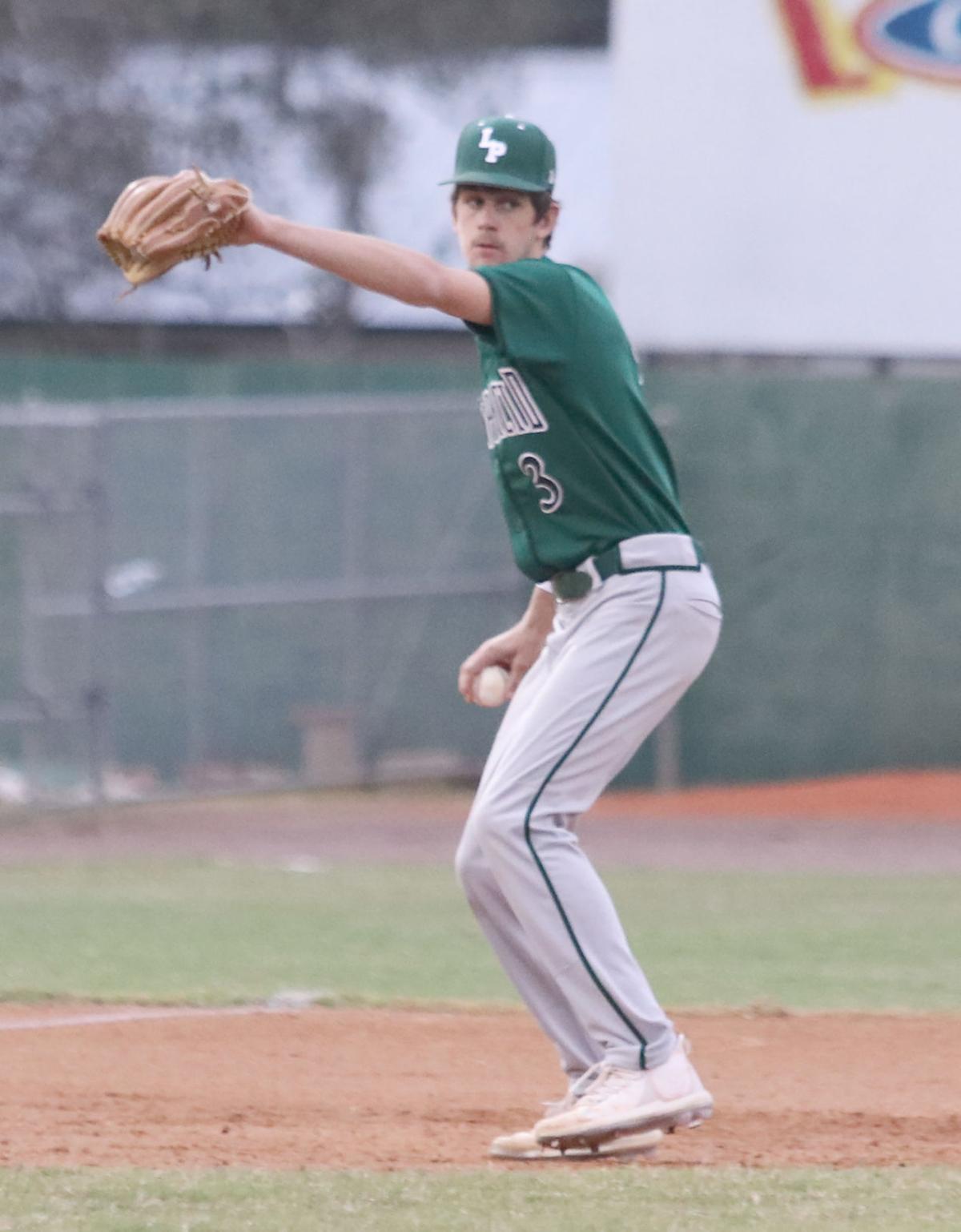 Avon Park’s Hunter Vanderpool is congratulated by teammates at home plate after hitting his home run.

Lake Placid’s Briar Napier scores as Avon Park catcher Mason Price waits for a throw that does not come.

AVON PARK – The Avon Park Red Devils overcame being behind on three separate occasions to pull ahead of the visiting Lake Placid Green Dragons for a 9-5 win to improve to 6-3 on the season. The Green Dragons fell to 2-6 with the loss.

Lake Placid jumped to a quick lead after Isiah Patterson led off the game reaching on an error and a one out walk to Brian Napier combined with a wild pitch put the two runners in scoring position for the Green Dragons. Jacob Morgan drove both home on a ground ball single to center to give Lake Placid a 2-0 lead.

Avon Park answered in the bottom of the first in similar fashion as Kevin Myers reached on a one out error followed by a walk to Trent Lewis. A double into deep left centerfield by Dillon Jackson drove in Myers and Lewis to tie the game at 2.

The Green Dragons recaptured their two run lead in the top of the second. Troy Hovis reached on a one out walk and advanced to third on a single into right field by Roy Revels. Hovis would later score on a wild pitch to make the score 3-2 and Patterson drove in Revels with a line drive single into center field to make the score 4-2.

The Red Devils did not answer in the bottom half of the second, instead waiting to the third when Hunter Vanderpool crushed a pitch over the left field wall with Lewis on base for a two run homer that tied the game at 4.

Lake Placid once again took the lead in the top of the fourth, taking advantage of a hit batter and an error that allowed Revels to scores with two outs to put the Green Dragons up 5-4.

Again Avon Park climbed back from a deficit. Leadoff walks to Cooper Massey and Stanley Holdman would eventually lead to the tying run and Red Devils first lead of the game.

Massey and Holdman advanced to third and second respectively on a Lake Placid balk. Massey scored on a passed ball, advancing Holdman to third. Holdman later scored on a ground ball to shortstop by Dawson Bryant to give the Red Devils the 6-5 lead.

With two outs in the inning, Lewis doubled to left, advanced to third on another called balk and then scored on a passed ball to increase the Red Devils lead to 7-5 after four innings.

Lewis scored his fourth run of the game in the bottom of the sixth on Lake Placid’s second error of the inning on a Vanderpool ground ball in which Vanderpool advanced to second to make the score 8-5.

Vanderpool later scored on a single by Mason Price into right field to stretch the Red Devils lead to 9-5, which also proved to be the final score.

Vanderpool and Jackson for Avon Park and Morgan for Lake Placid had game high two runs batted in. Lake Placid only managed three team hits and Avon Park four with no player getting more than one.

Josh Regino proved to be the star of the night, relieving Vanderpool on the mound in the second inning, Regino pitched four hitless innings and only gave up one run to keep the Red Devils in the game.

The Green Dragons hope to stop a three game slide as they host the Frostproof Bulldogs on Thursday night 7 p.m., while the Red Devils look to build on momentum as the travel to Fort Meade Friday night.