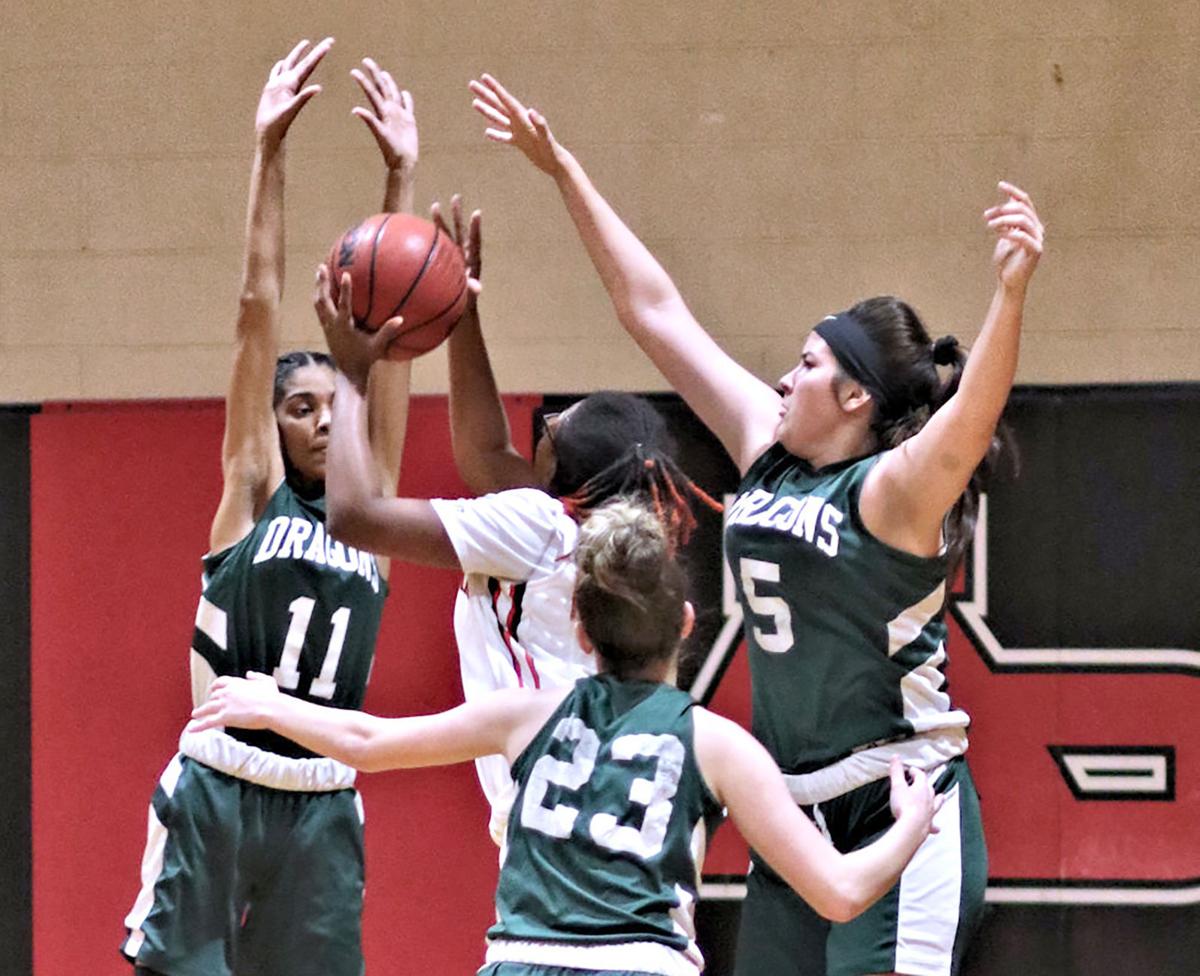 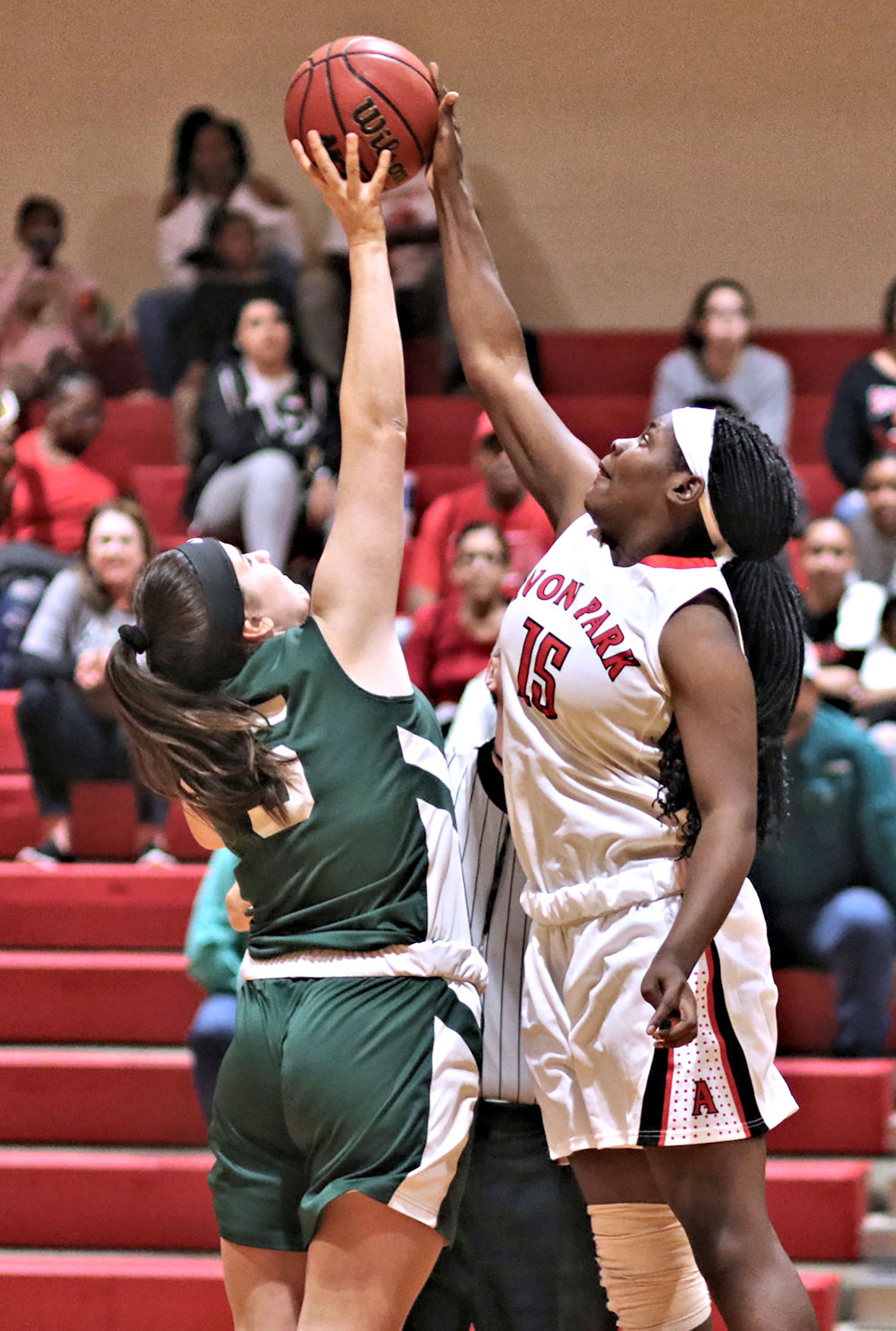 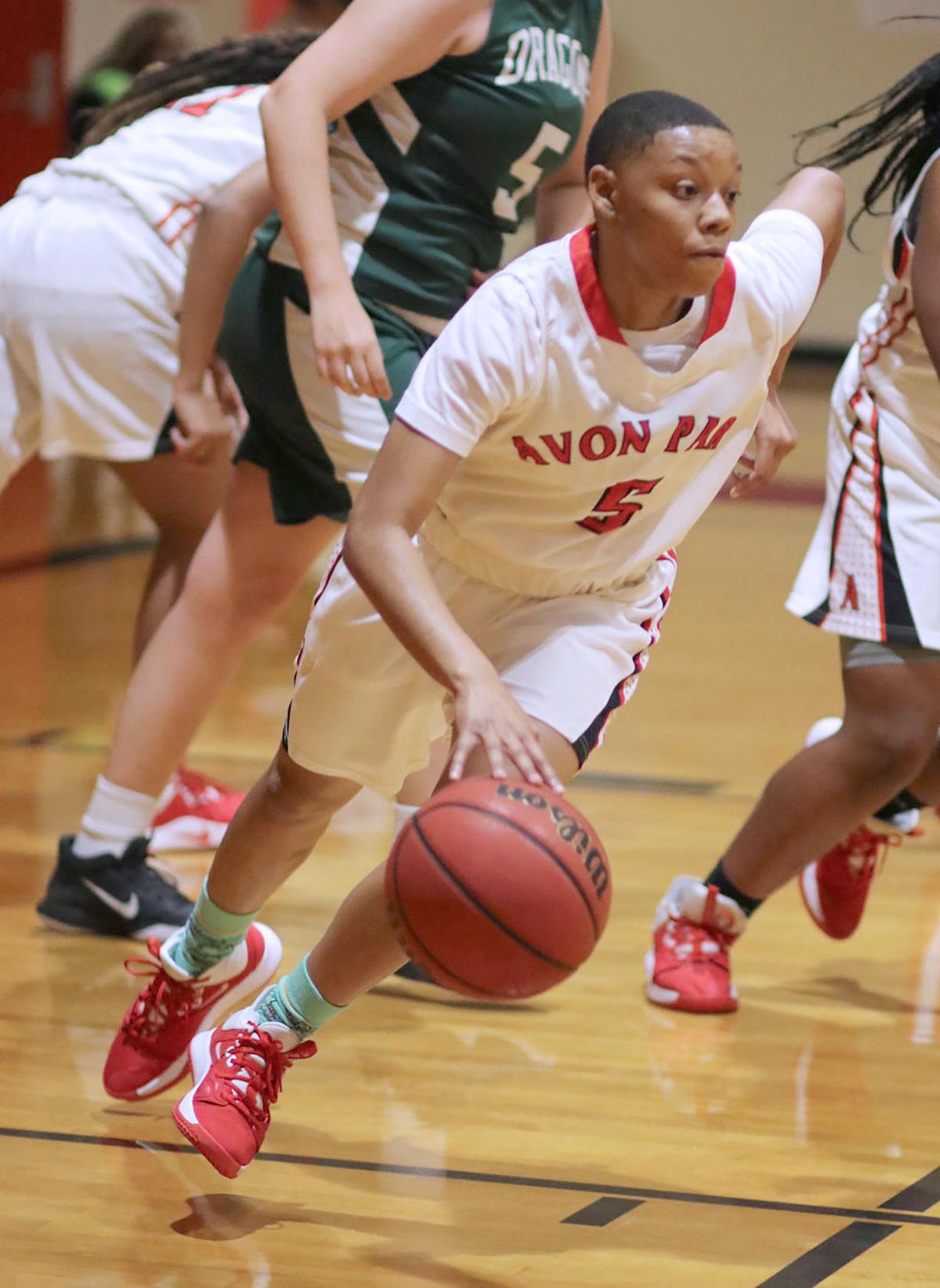 Avon Park’s Kenaya Littles (5) looks to push the ball up the court. 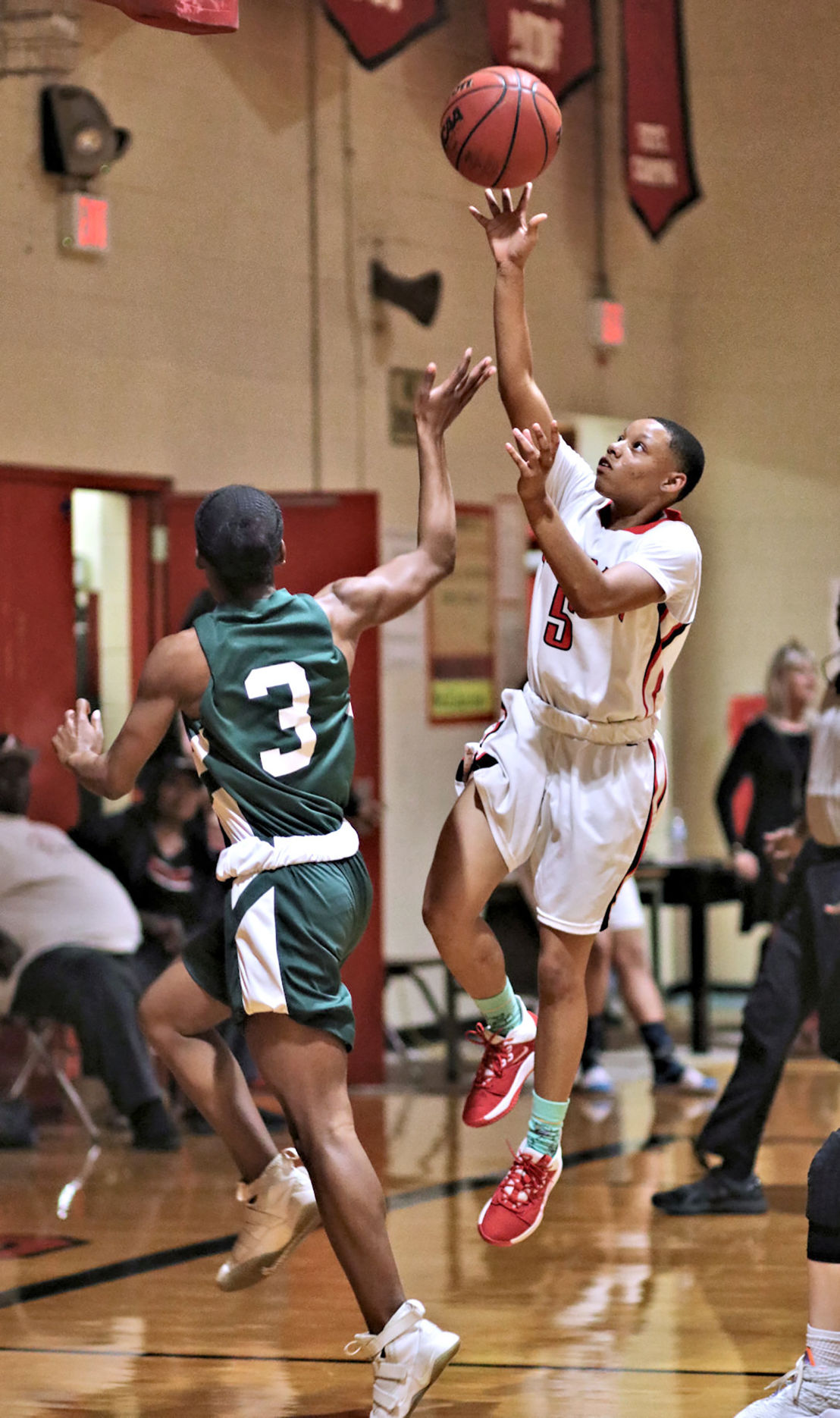 Avon Park’s Kenaya Littles (5) looks to push the ball up the court.

AVON PARK – The Avon Park Red Devils girls basketball team held off a second half surge by the Lake Placid Green Dragons in the semi-final round of the Class 4A-District 11 district tournament to pull away with a 52-39 win to advance to the District championship game on Friday.

“Lake Placid showed up and played us tough tonight,” said Avon Park Coach Jeremy Wortinger. “They made things hard on us tonight and we fought hard through that. It was not a pretty game by any stretch, but our defense came through, though our offense was up and down all game, they were able to do enough to get the win.”

A slow start to the game in which both teams struggled to make a basket, Lake Placid held a 6-4 lead after five minutes. The Red Devils scored seven unanswered points, five by DeShayla Hawthorne and two by Kenaya Littles to put Avon Park up 11-6 at the end of the first quarter.

Avon Park expanded their lead to double digits to start the second half, 26-15 before Lake Placid closed the gap to three with an eight point run sparked by a 3-pointer by Jalynn Thompson and a three point play by Claire Phypers to make the score 26-23.

As they did the previous two periods, the Red Devils leading 28-25, finished the third quarter on six point run to take a 34-25 lead into the final quarter.

The Red Devils started the fourth with a 10-4 run to stretch their lead to 15 points at 44-29 as Hawthorne and Littles each connected on a 3-pointer.

Though the Green Dragons tried to answer back, slicing the Red Devils lead to seven points, 46-39 before Avon Park finished the game scoring the last six points for the 52-39 win.

“We were able to pull away late in the game on a run,” said Wortinger. “Other than that it was a tight game, much respect to Lake Placid on how they played tonight.”

“We started off pretty good,” said Lake Placid Coach Calvin Sanders. “Then they started hitting three’s, we changed up on our offense a little, but we just did not have enough tonight. We are looking good for next year, we only have three seniors, so most of the team will be coming back so hopefully we can build on this year.”

The Red Devils advance to the Class 4A-District 11 Championship game on Friday night when they host the DeSoto Bulldogs with a 7 p.m. start time.

The Bulldogs made it to the championship game with a 62-56 win over Mulberry on Monday night and a 54-38 over McKeel on Tuesday night.