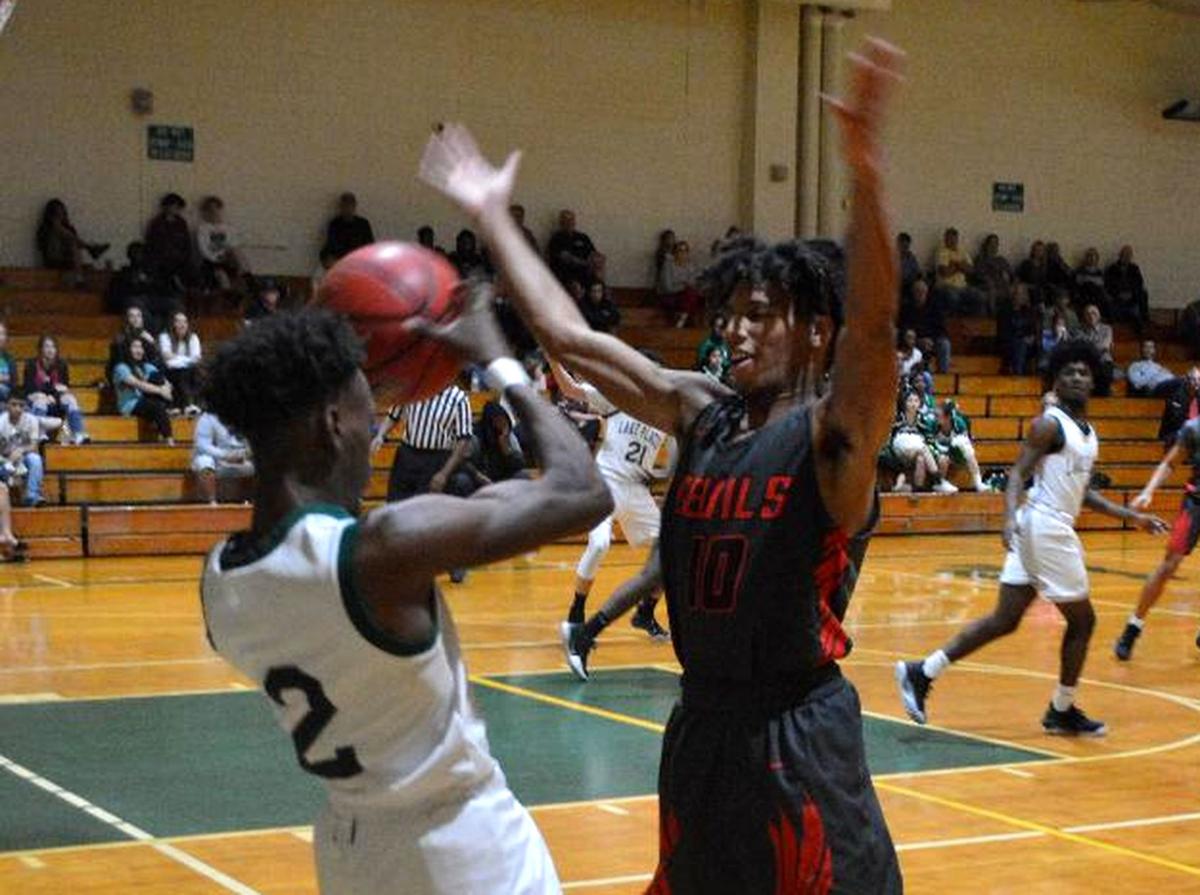 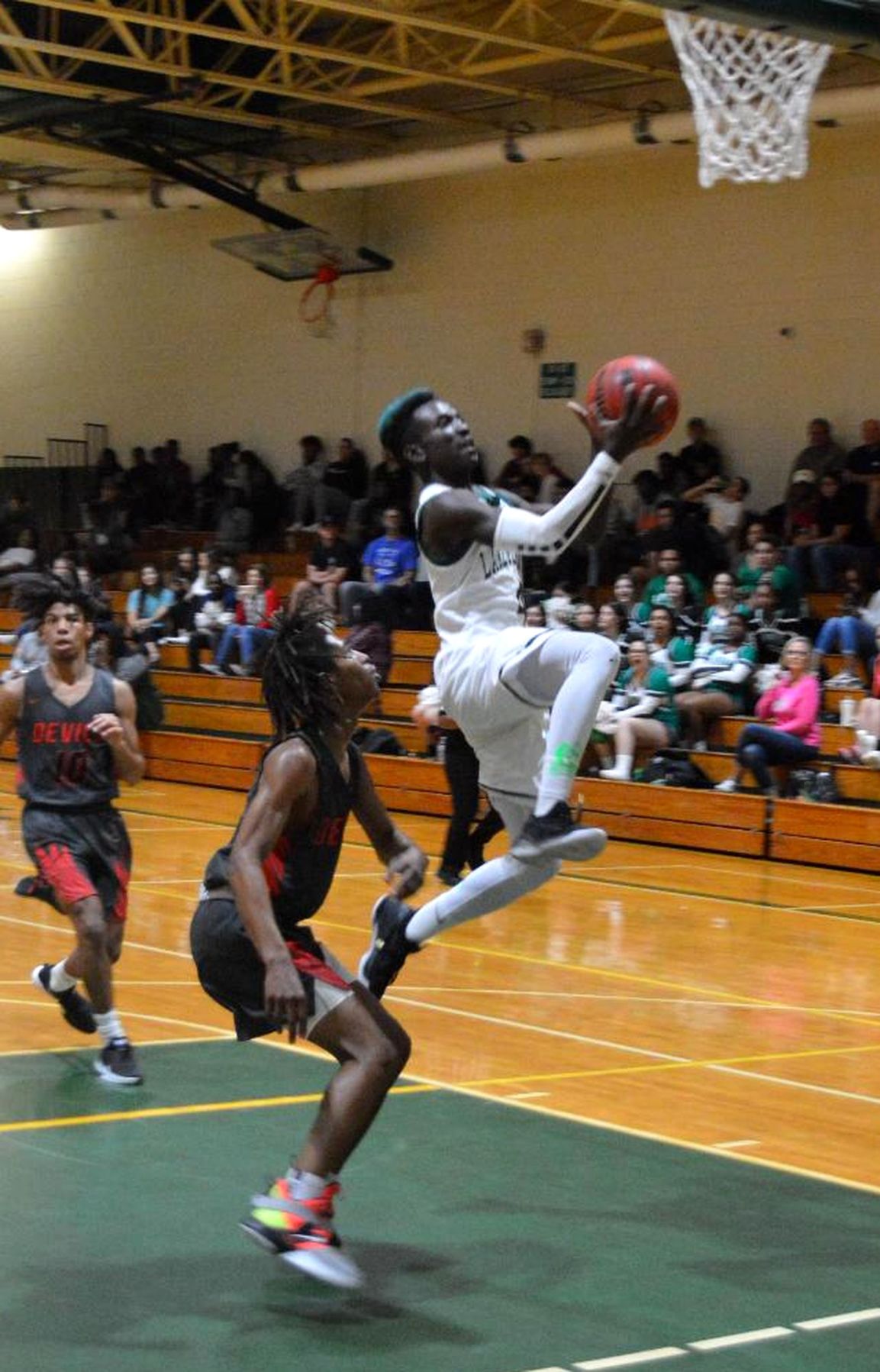 Lake Placid’s Izayiah Patterson goes in for the lay-up against Avon Park in Thursday night action. 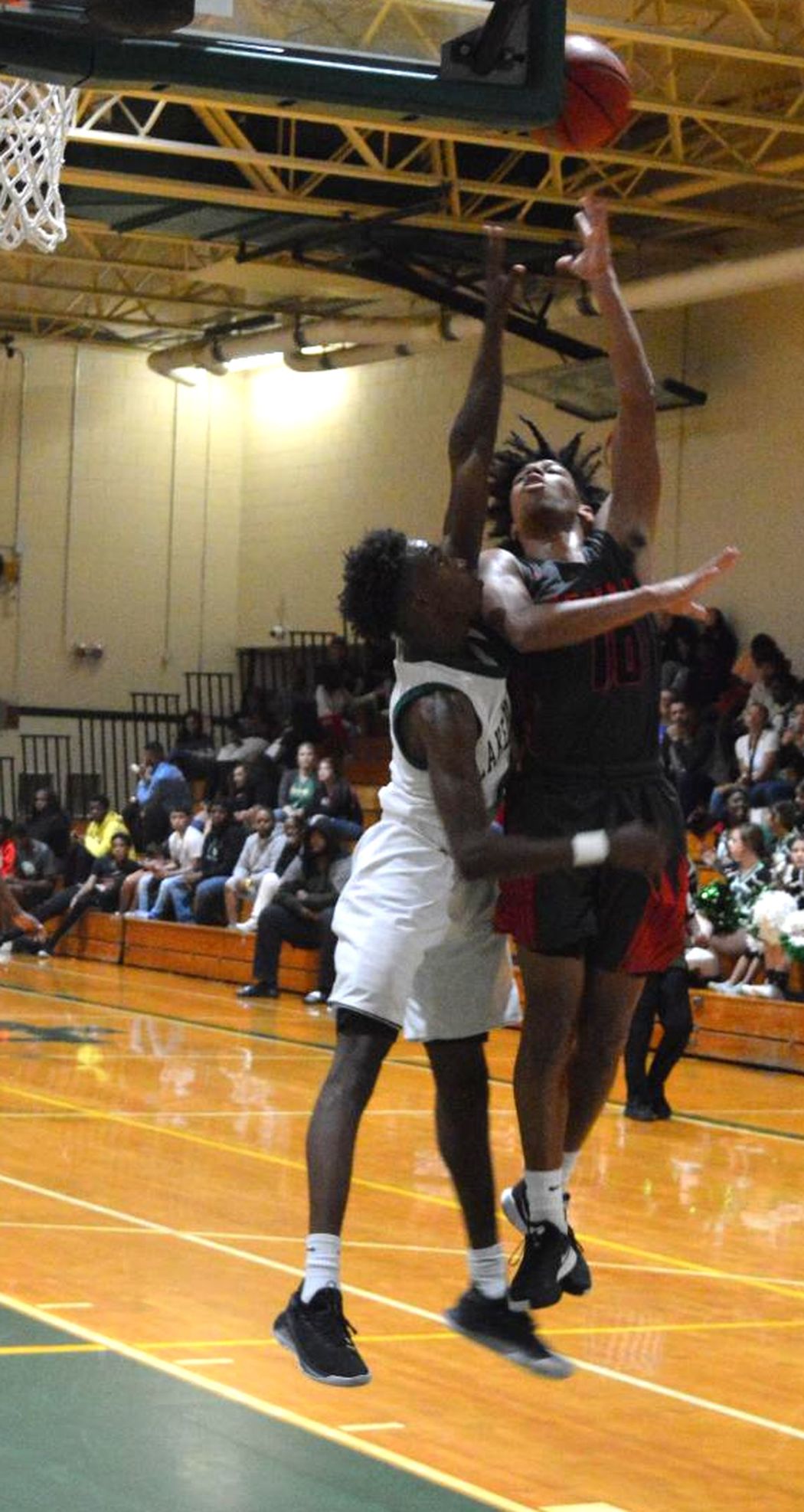 Lake Placid’s Izayiah Patterson goes in for the lay-up against Avon Park in Thursday night action.

LAKE PLACID — The Lake Placid Green Dragons hosted the Avon Park Red Devils on Thursday night in a battle of county rivals. The game was like the first meeting between the two schools, as Avon Park defeated Lake Placid 70-59.

Avon Park Red Devil’s coach Marcus Dewberry’s team started on fire. The Red Devils took an early 7-0 lead in the opening minutes of the game. The Green Dragons chipped away at the deficit. Lake Placid’s Bilal Abuelouf would hit two 3-pointers as the Green Dragons led 13-8 after the first quarter.

“First of all, I was really proud of how we fought to tie the game up going into halftime, that showed a lot of growth for my guys and I’m proud of them for that,” said coach Dewberry. “I just consulted with my coaches and just try to figure out what defense and what strategical things we can do to start off the second half. I’m proud of my guys and the heart they showed today.”

In the third period, Lake Placid’s Erskin Toliver scored nine of his team-high 22 points. The Green Dragons controled the tempo and took a 49-46 lead into the fourth quarter.

“I had a freshman play the first varsity game of his life tonight,” Dewberry said. “His name is William Malloy. He got in and did all of the little things I asked him to do, which is why we won the game. Setting up screens for my point guards, and they were great screens. He was battling down there with number 44 (Lake Placid’s One Sholtz). He gave up, maybe 5-6 inches, but he just fought.”