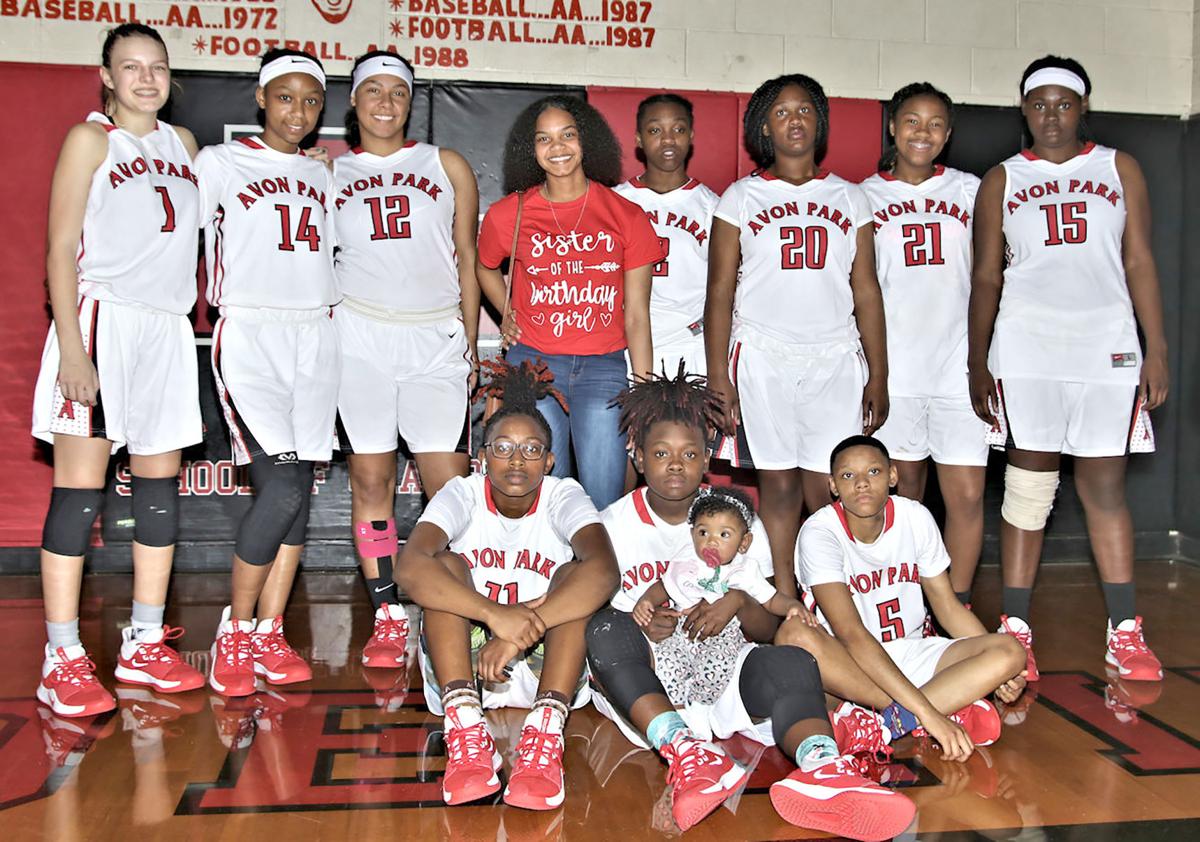 The Avon Park Red Devils are the Class 4A-District 11 Champions after a late rally to defeat DeSoto. 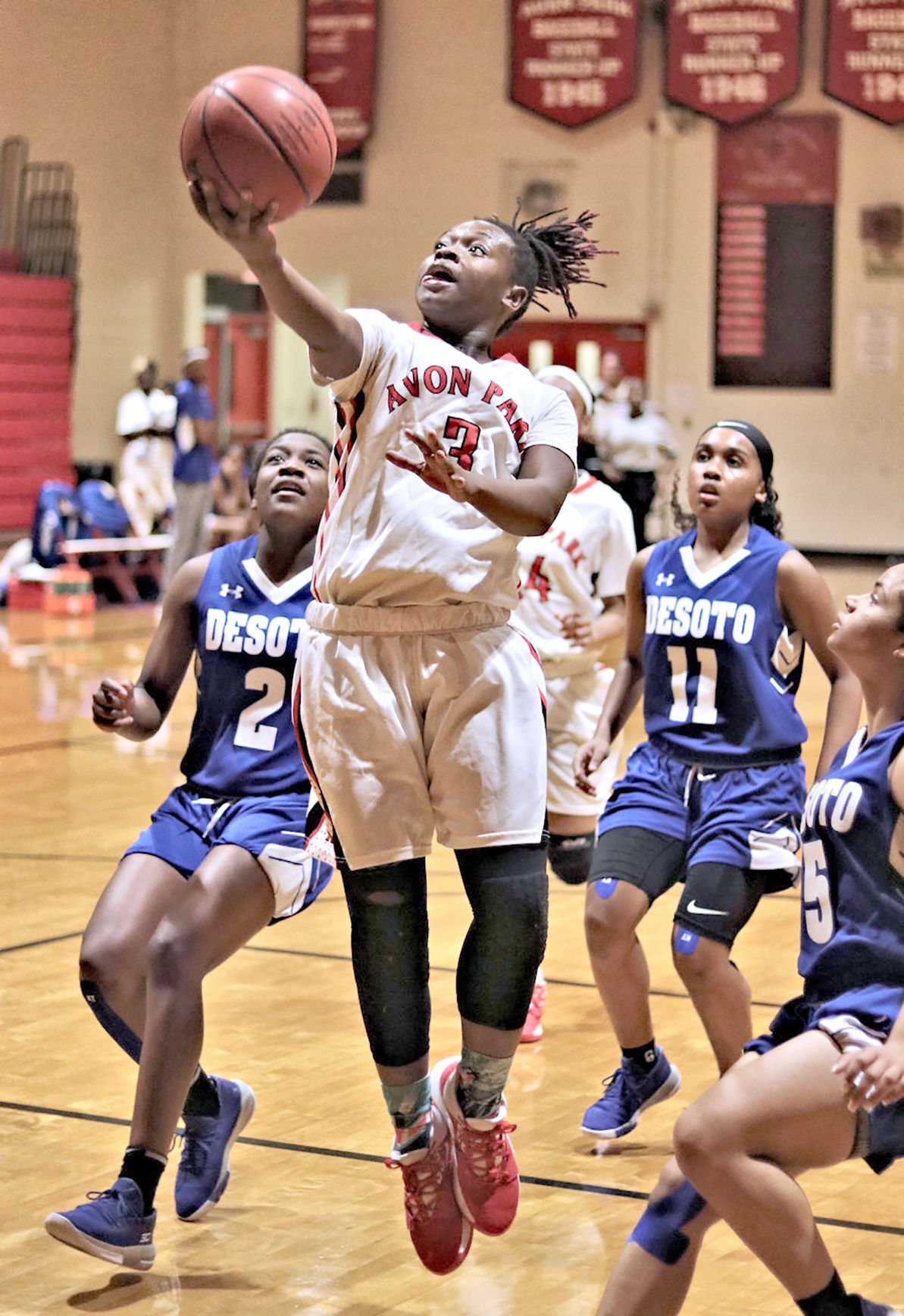 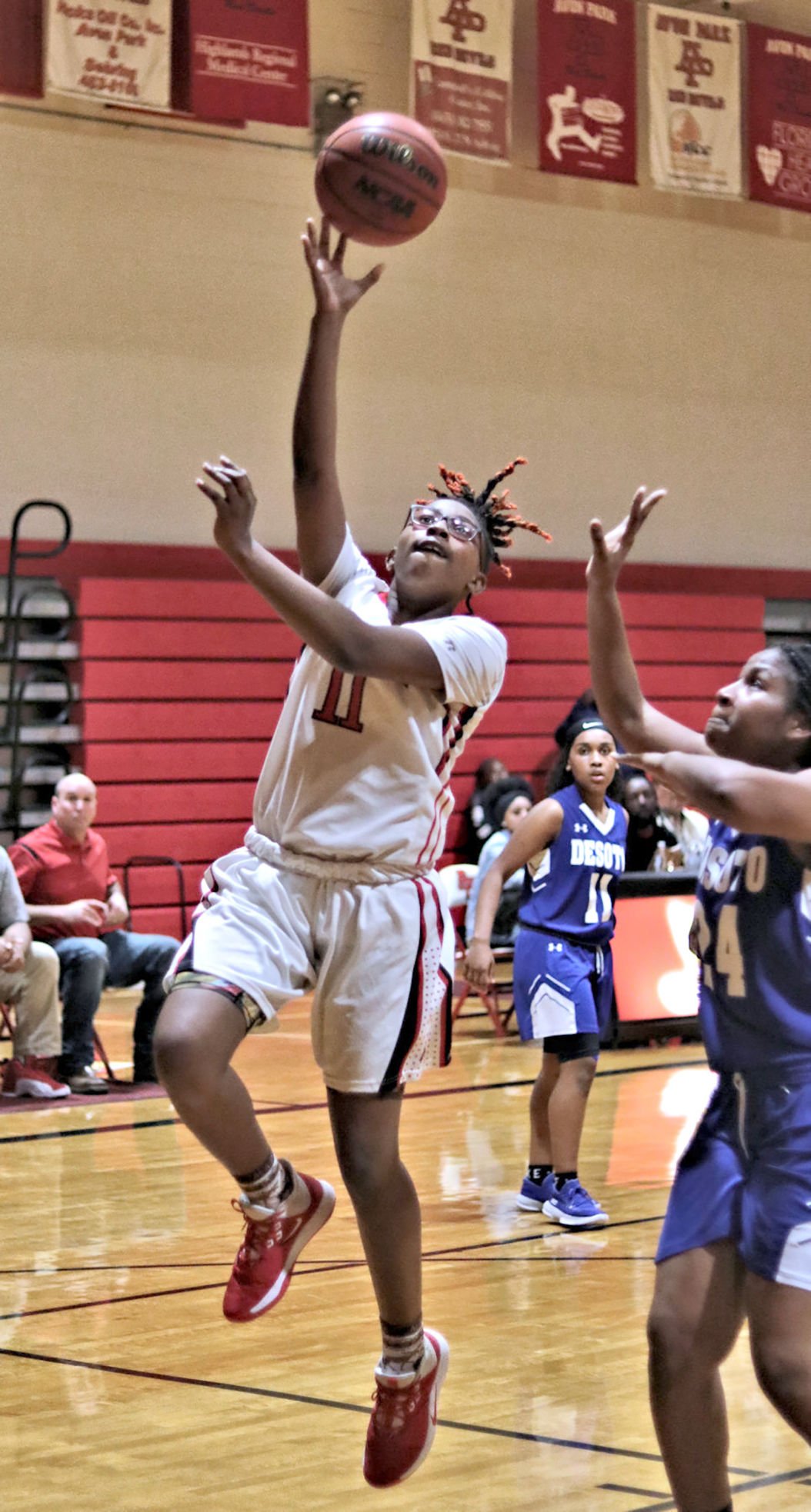 Avon Park’s Jamya Houston (11) emulates the great Kareem Abdul-Jabber with the skyhook over the DeSoto defender. 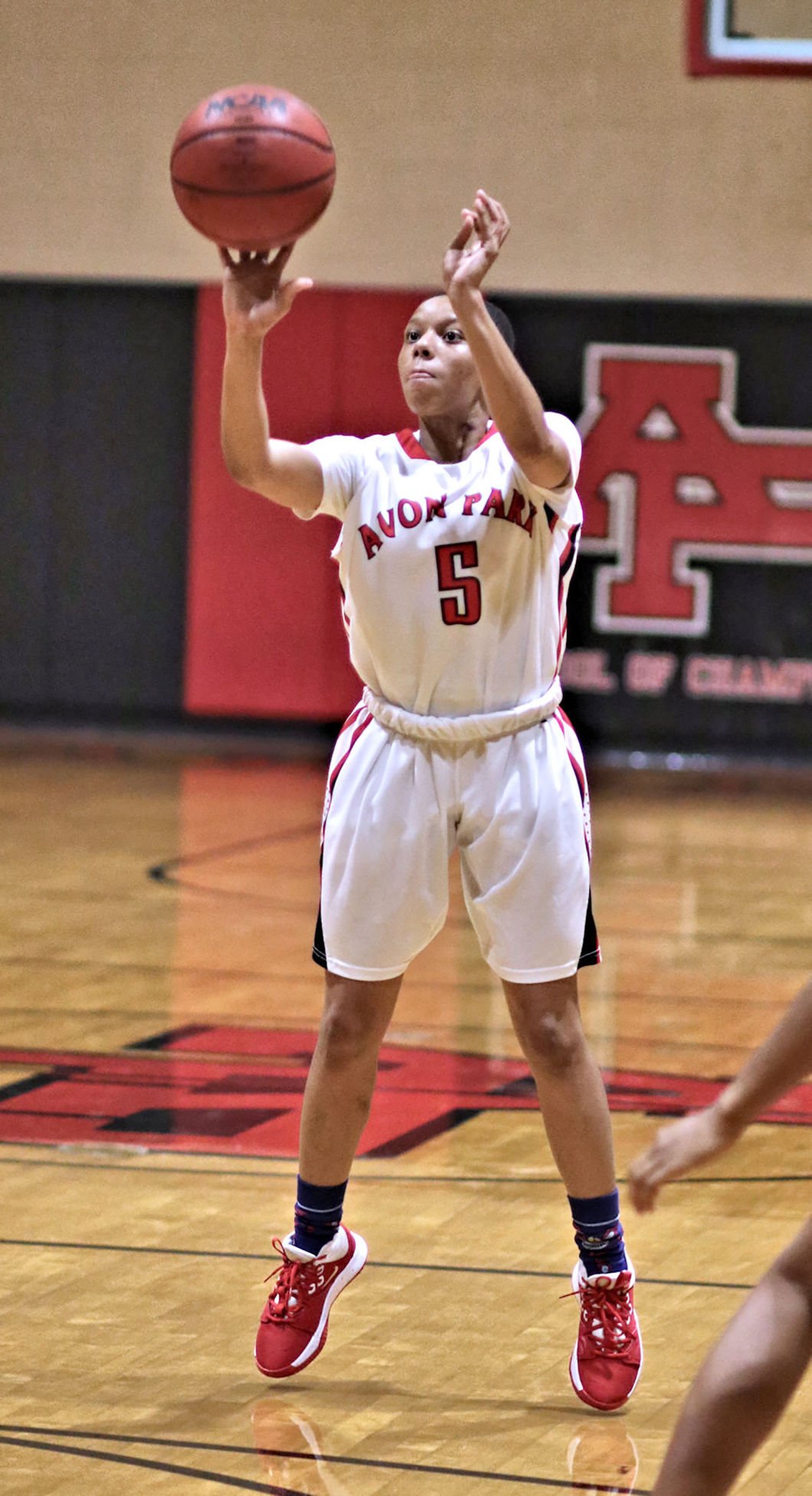 Avon Park’s Kenaya Littles (5) hits one of her three shots from the top of the key against DeSoto.

The Avon Park Red Devils are the Class 4A-District 11 Champions after a late rally to defeat DeSoto.

Avon Park’s Jamya Houston (11) emulates the great Kareem Abdul-Jabber with the skyhook over the DeSoto defender.

Avon Park’s Kenaya Littles (5) hits one of her three shots from the top of the key against DeSoto.

AVON PARK – The Avon Park Red Devils captured the Class 4A-District 11 championship Friday night rallying from a first half deficit to beat the DeSoto Bulldogs 62-53 to improve their overall record to 19-4.

“The first half was all DeSoto,” said Avon Park Coach Jeremy Wortinger. “We obviously did not have it going in the first half.”

The first half was not kind to the Red Devils as they hampered themselves with missed shots, travel calls, double dribbles, turnovers and other mistakes as they fell behind in the second quarter by five at 19-14.

The one thing that Avon Park did consistently well was play defense, which allowed them to stay close while offensively they struggled.

The Red Devils rattled off six straight with a 3-pointer by Zoe Wortinger and a basket by Jamya Houston to momentarily give Avon Park a slim 20-19 lead.

The Bulldogs answered with a 5-1 run that put them back on top 24-21 and held a tenuous 24-23 lead over the Red Devils to end the first half.

“I told them at half we need to get it going,” said Wortinger. “I trusted that we would and it worked out. We got some big shots in that second half.”

Avon Park came out the second half determined to work the ball inside as Houston and Jatayvia Jackson each scored a basket to put the Red Devils up 27-24. DeSoto tighten their defense inside the paint, forcing several turnovers by the Red Devils as they continued to attempt getting the ball close to the basket.

During that time, DeSoto tied the game at 27.

The Red Devils caught a spark that raged into an offensive firestorm when Kenaya Littles drained a three from the top of the key with 5:07 left in the third to put Avon Park up 30-27.

Littles repeated her feat fifteen seconds later from nearly the same place as the crowd started to feel the excitement of the moment and Avon Park now holding a 33-27 lead.

“I saw that they made an adjustment to stop us from going underneath,” explained Littles. “I decided to take the shot from up top, made a couple and got the momentum rolling in our direction.”

Baskets by DeShayla Hawthorne, Jackson and Littles pushed the Red Devils lead to nine points over the Bulldogs at 40-31 and eventually after scoring 22 points in the third quarter, heading into the fourth quarter with a ten point 45-36 lead.

DeSoto was able to keep pace with Avon Park in the fourth quarter, cutting the Red Devils’ lead as little as eight. Avon Park at times stretched their lead as far as 13 as the Red Devils closed the books on DeSoto’s season while moving on to the next chapter in theirs with a 62-53 win over the Bulldogs.

Ta’Nyah Smith led the Bulldogs with a game high 22 points and Trenity Morales followed with 15 in the loss.

“We have worked hard and this was one of our goals, to be district champions,” continued Wortinger. “Now we move on to the State playoffs.”

The Avon Park Red Devils move on to the next level with the opponent and location yet to be determined.