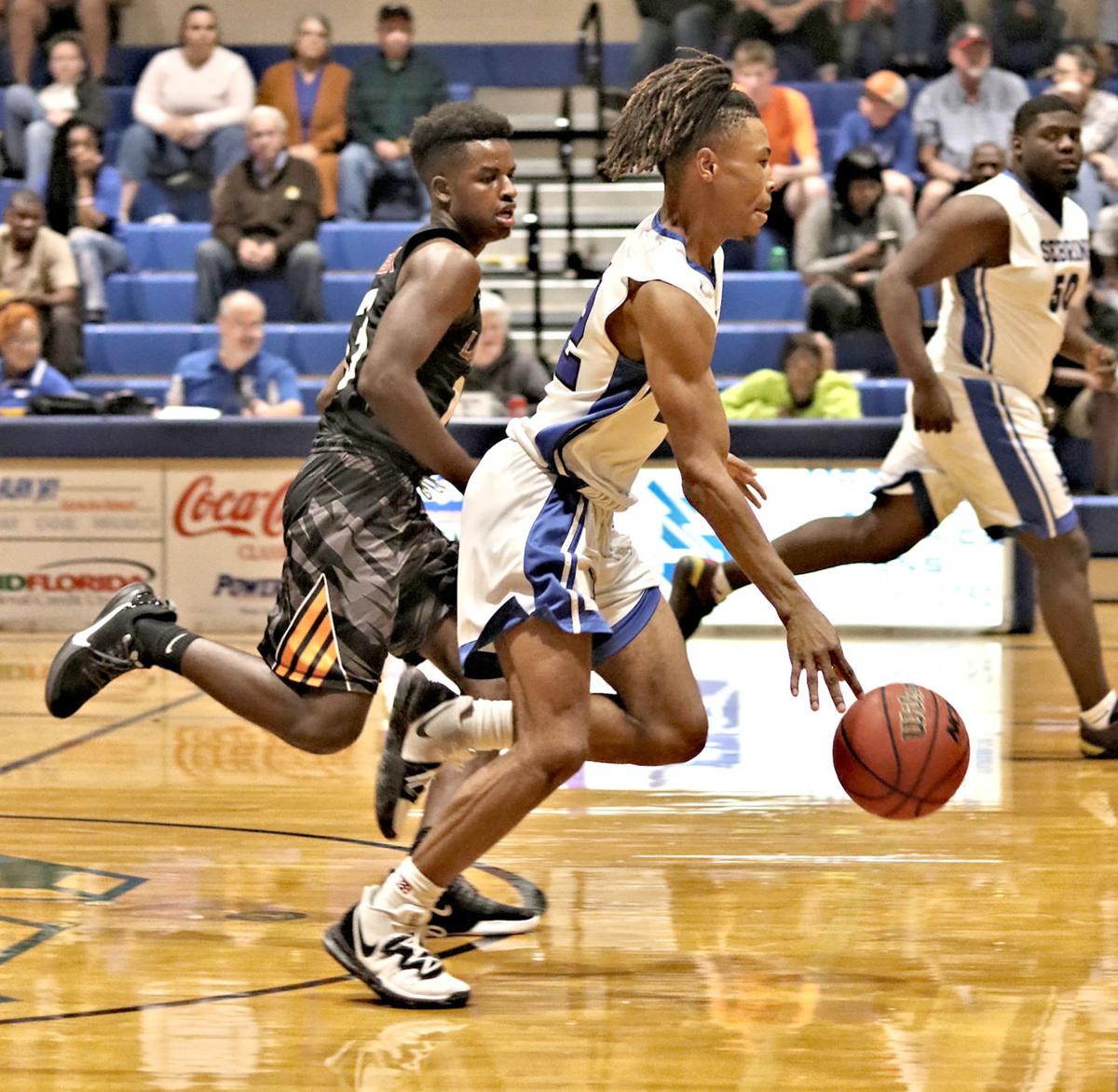 Sebring’s Ryan Brown (22) pushes the ball at a high rate of speed up the court against Lake Wales. 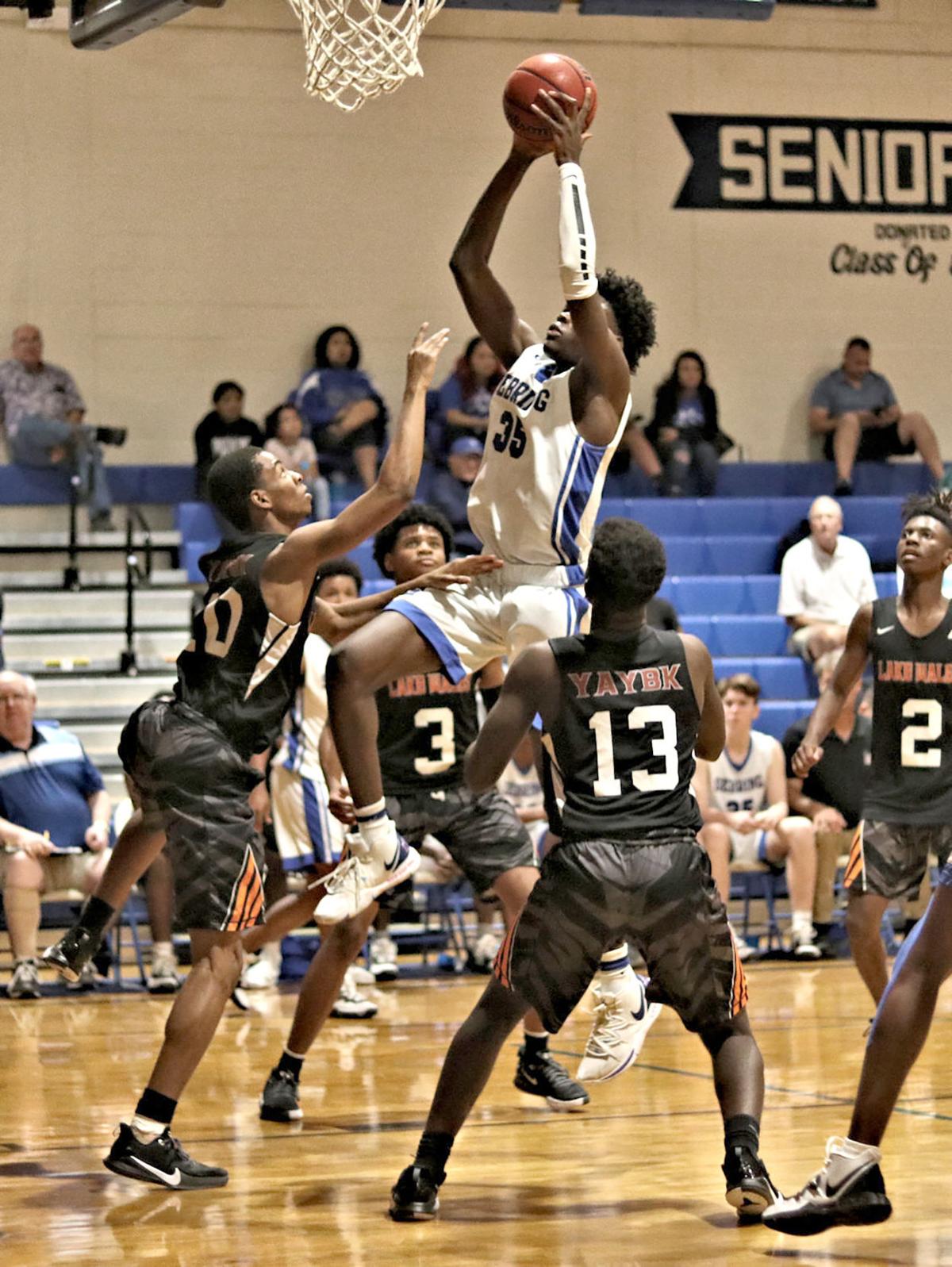 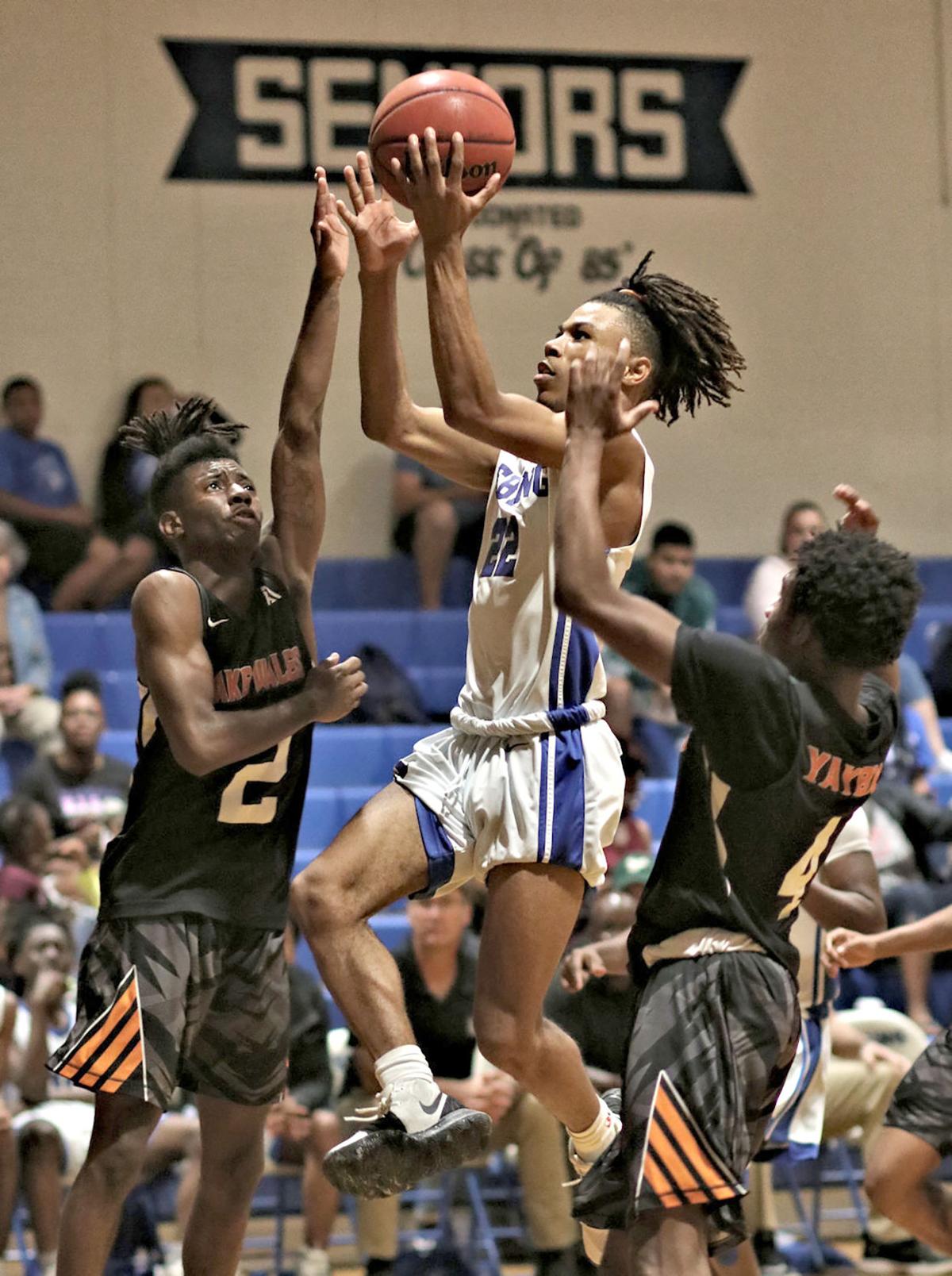 Sebring’s Ryan Brown (22) glides in between two Lake Wales players for the basket.

Sebring’s Ryan Brown (22) pushes the ball at a high rate of speed up the court against Lake Wales.

Sebring’s Ryan Brown (22) glides in between two Lake Wales players for the basket.

SEBRING — After a slow start and trailing at the end of the first quarter, the Sebring Blue Streaks boys basketball team went into hyper-drive as they cruised to a 73-43 win over the Lake Wales Highlanders in a Class 5A-District 7 match-up on Friday night to improve their record to 8-3 for the season while the Highlanders fell to 1-16.

Sebring started out in convincing style, taking an 8-2 lead after Alvin Tumblin converted a rare 4-point play, but the Highlanders answered with a 12-2 run to take a 14-10 lead and finished the first quarter with a two-point advantage over Sebring, 14-12.

Lake Wales expanded their lead to four to start the second quarter, 16-12, before Sebring took the gloves off with a 12-point run, starting with Michael Scholtz being awarded a basket when the Highlander were called for goal tending, to take a 24-16 lead over the Highlanders.

The Highlanders were able to cut the lead to four, 24-20, before Ryan Brown forced several turnovers and converted them into three baskets and Tumblin hit on a pair of baskets, Tumblin’s last a dunk right before the half that gave the Blue Streaks a commanding 13-point lead, 37-24, at the half.

The Blue Streaks and Tumblin came out on fire in the third quarter as Tumblin scored 15 of his game-high 29 points while holding the Highlanders to 10 points to open up a 32-point lead by the end of the third, 66-34.

Two quick baskets by Brown to start the the fourth quarter gave Sebring a 36-point lead, 70-34, which initiated the running clock, which begins when one team has a 35-point or greater advantage.

Donald Gatlin led the Highlanders with 14 points and Phillip Davis followed with 10.

Tumblin led the Blue Streaks with a game-high 29 points and three monster dunks, Brown followed with 14 points and Michael Sholtz reached double digits with 11 points in the win.

Sebring played on Saturday at home against the Port Charlotte Pirates, results were unavailable at press time. The Blue Streaks travel to Avon Park on Tuesday to play the Red Devils with tip-off set for 7:30 p.m. before heading into next weekend to play in the Wally Keller Classic in Punta Gorda.