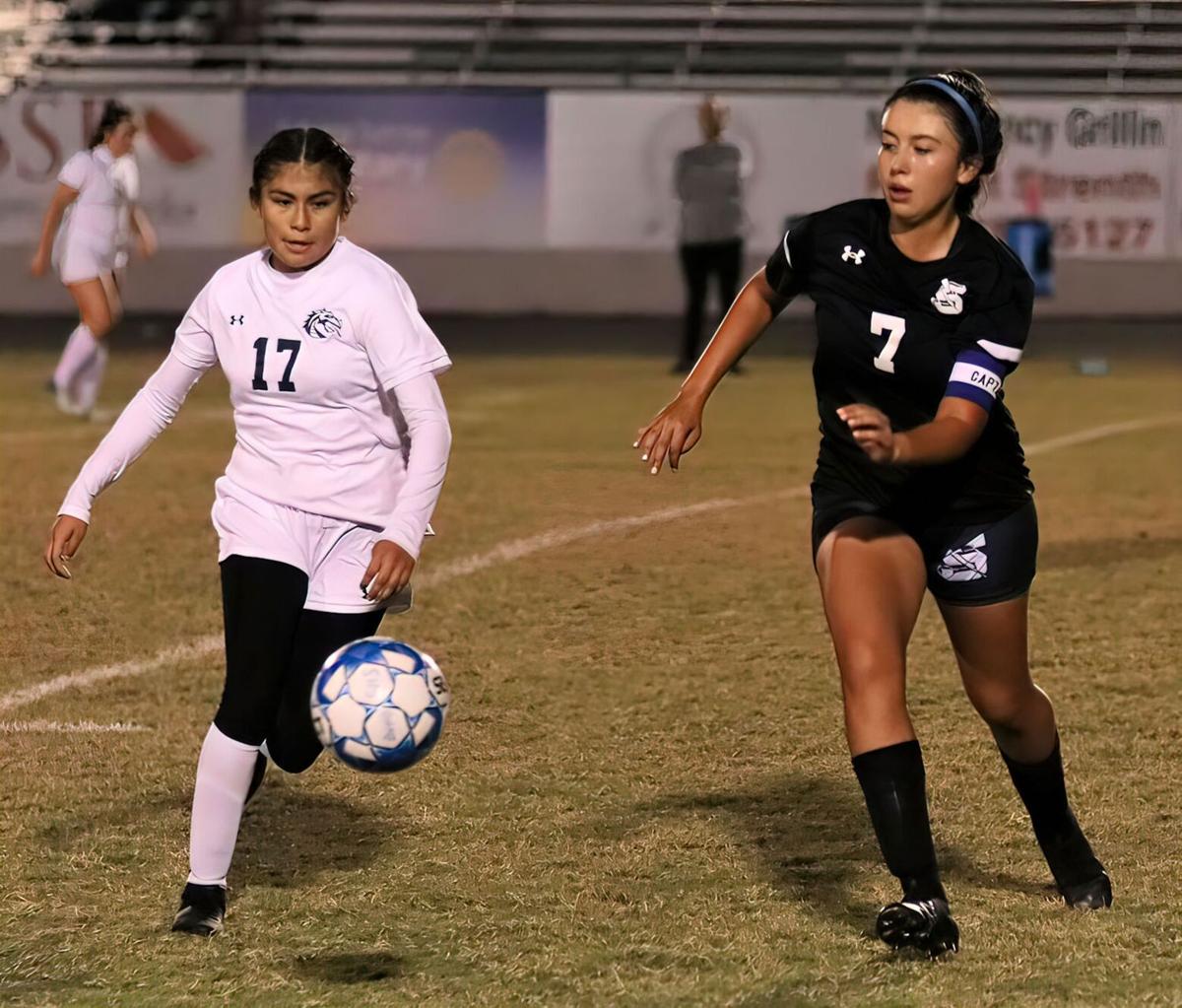 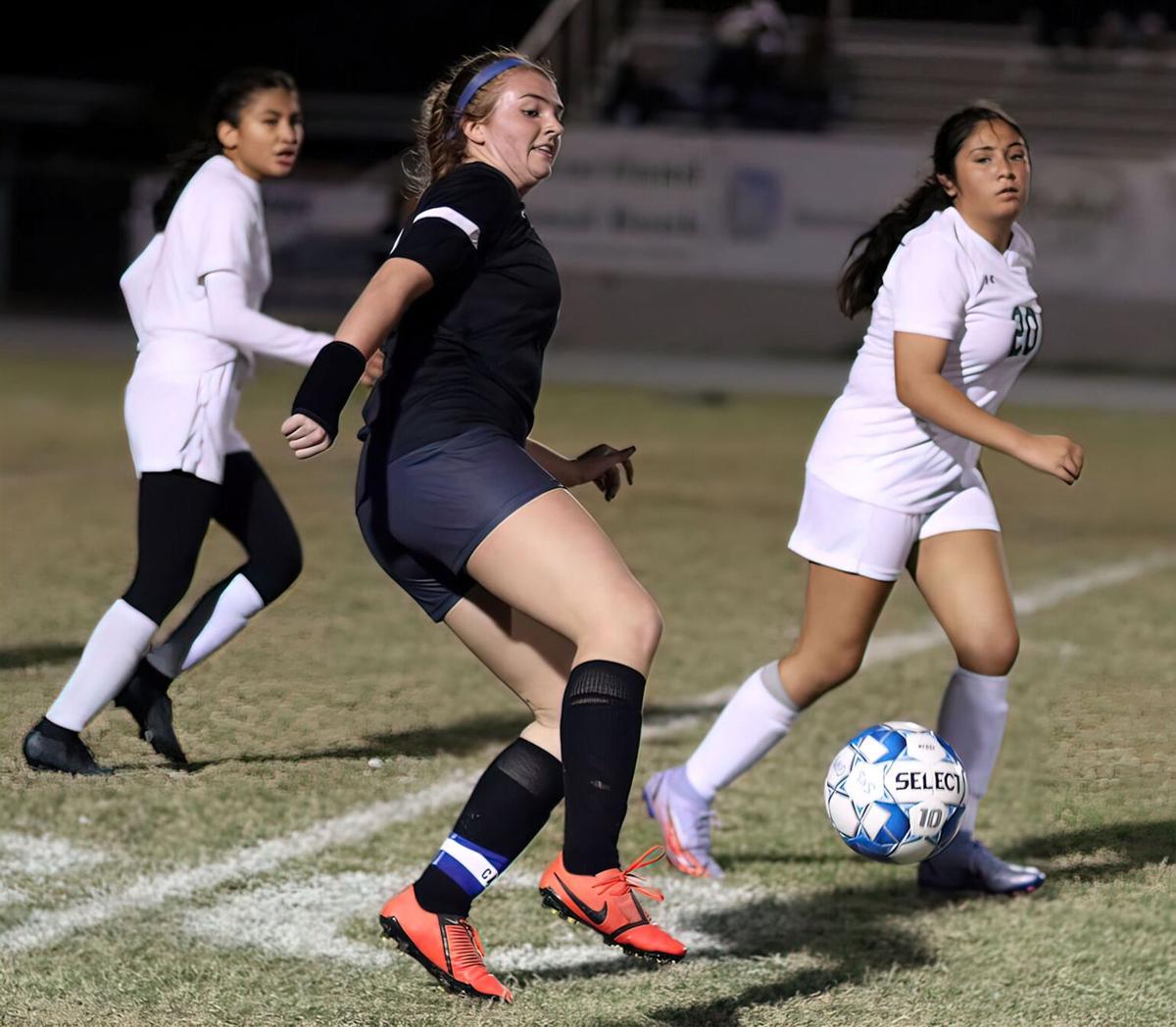 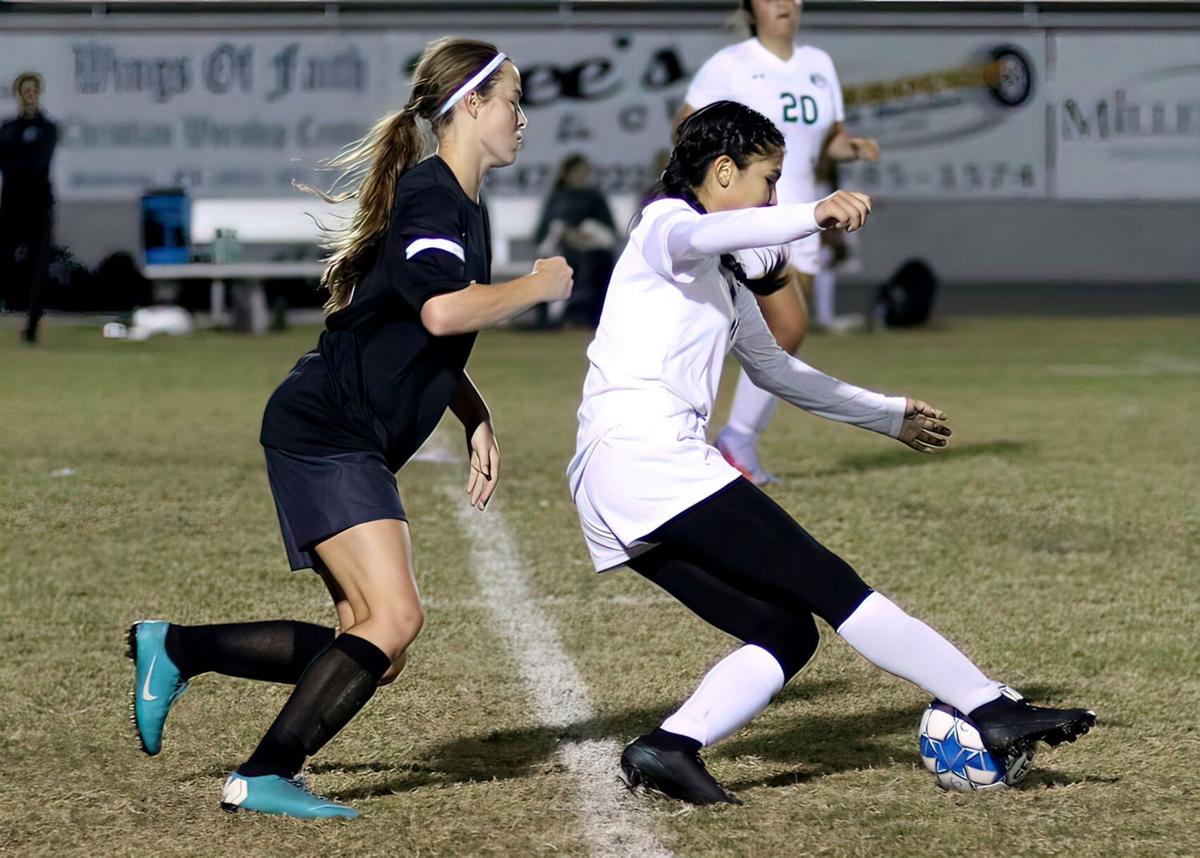 SEBRING – The Sebring Blue Streaks Girls soccer team evened their record to 2-2 on the season while giving the visiting Lake Placid Green Dragons their first loss with a 5-1 win on Tuesday night at Fireman’s Field in Sebring.

Sebring Head Coach Thomas Lackey felt that both teams played fairly even in possessing the ball on both sides, Sebring was just able to take advantage of scoring opportunities when they presented themselves.

It did not take long for Sebring to exploit one of those opportunities less than two minutes in the game as Jackie Lackey scored on a ten yard shot to give Sebring an early 1-0 lead.

For the next nearly thirty minutes, both teams could move the ball into each other’s side of the field, then the opposing defenses collapsed on them barring any decent shots on goal as the Blue Streaks continued to hold on to their one point advantage.

With less than eleven minutes left in the first half, Sebring forged close to the Lake Placid goal and drew a foul, awarding Sebring’s Shyann Debree a penalty kick from ten yards out, which she fired into the right side of the goal past the Lake Placid goalkeeper to give what would be a 2-0 halftime lead.

Lake Placid came out strong in the second half, determined not to let the game slip away as Molly Elliott received a pass in the center from the left side, about five yards from the net to make the goal to put the Green Dragons on the board and cutting Sebring’s lead back to one at 2-1 three minutes into the second half.

Sebring answered eleven minutes later on a corner kick from the right side. The ball bounced around in the middle between several players before Dubree was able to get a solid foot on it and drive it to the back of the net to restore Sebring’s two point lead at 3-1.

Towards the end of the game, the Blue Streaks pulled away with a pair of goals by Lackey to give her the hat trick for the game.

With about seven minutes to go, Lackey received a pass in the middle and dribbled the ball to ten yards out to score with a shot in to the right side of the net to make the score 4-1.

She added her third goal of the night with three minutes left in the game with a fifteen yard shot over the Lake Placid goalkeeper’s head to make the final score 5-1.

Sebring will finish the week with two games, the first at home against Okeechobee on Thursday and then Friday they will be on the road to Moore Haven.

Lake Placid will play at Avon Park on Thursday for their last game until after the Thanksgiving break.