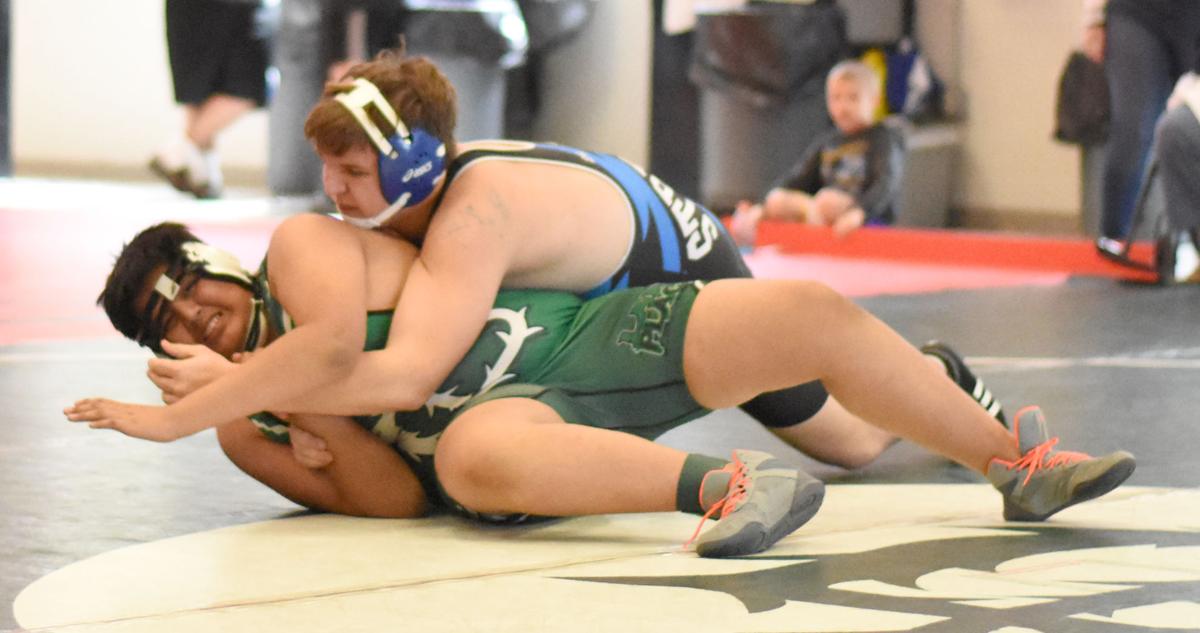 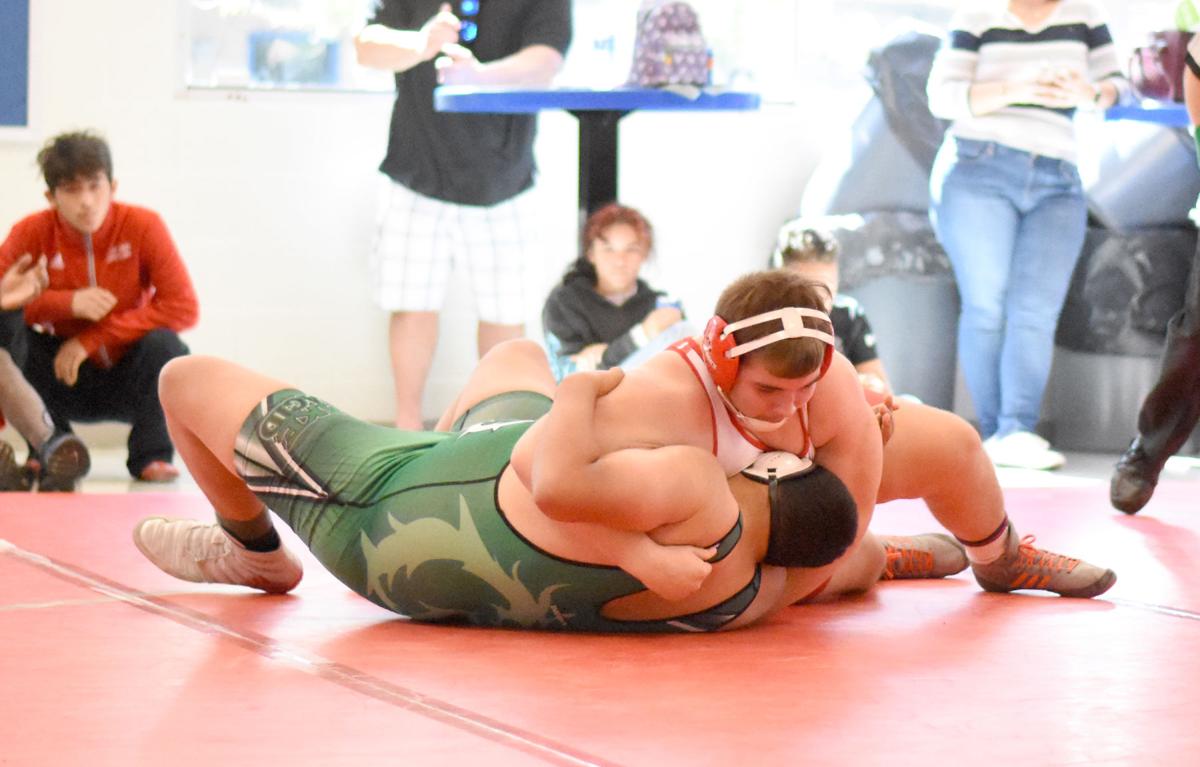 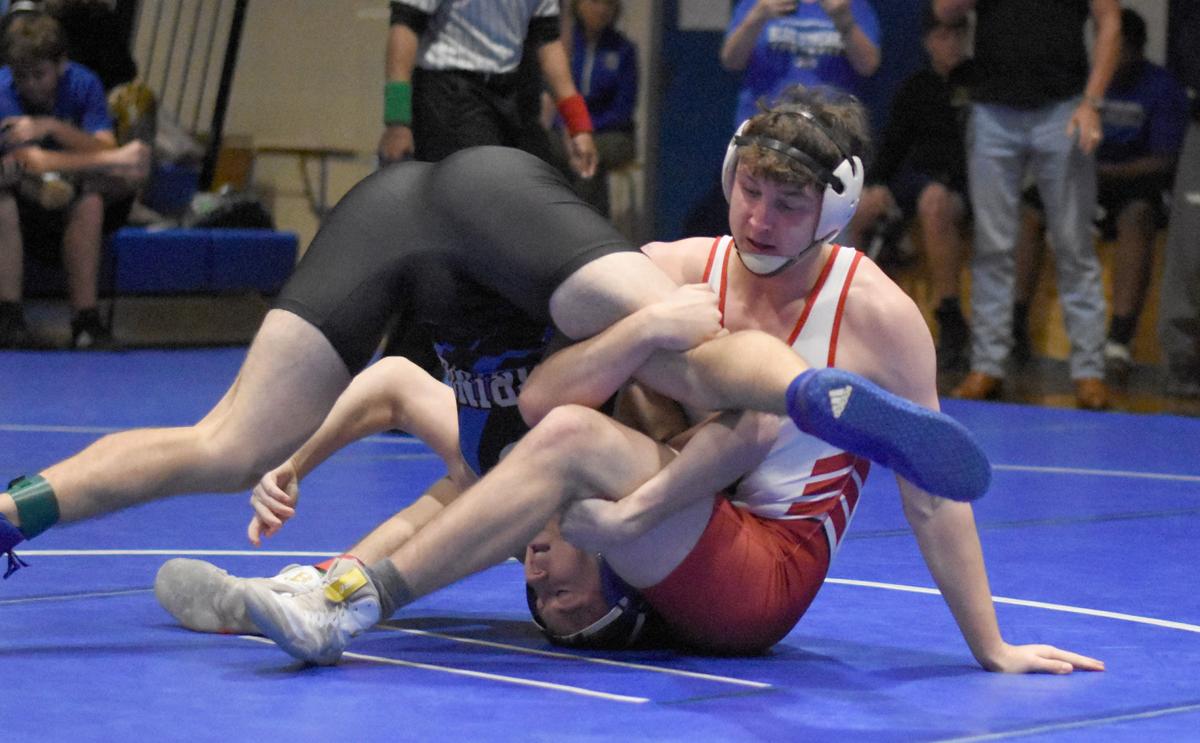 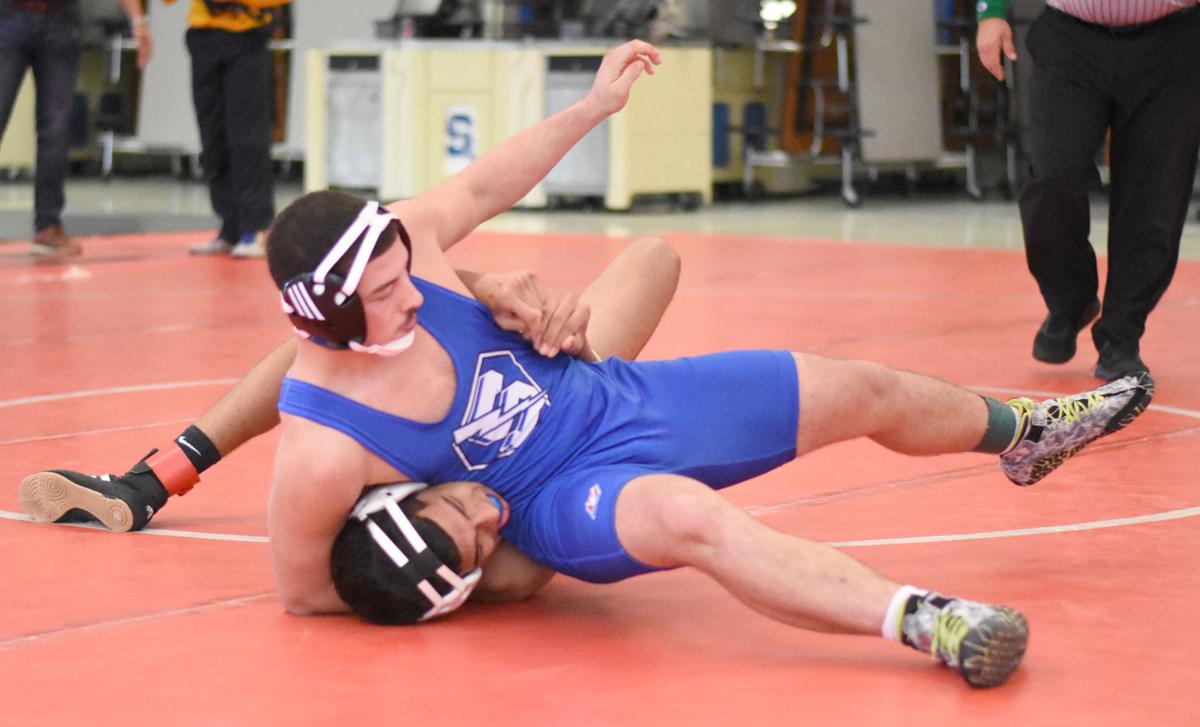 Sebring’s Jayden Rial held down an opponent with a headlock during Saturday’s Spiegel Tournament. 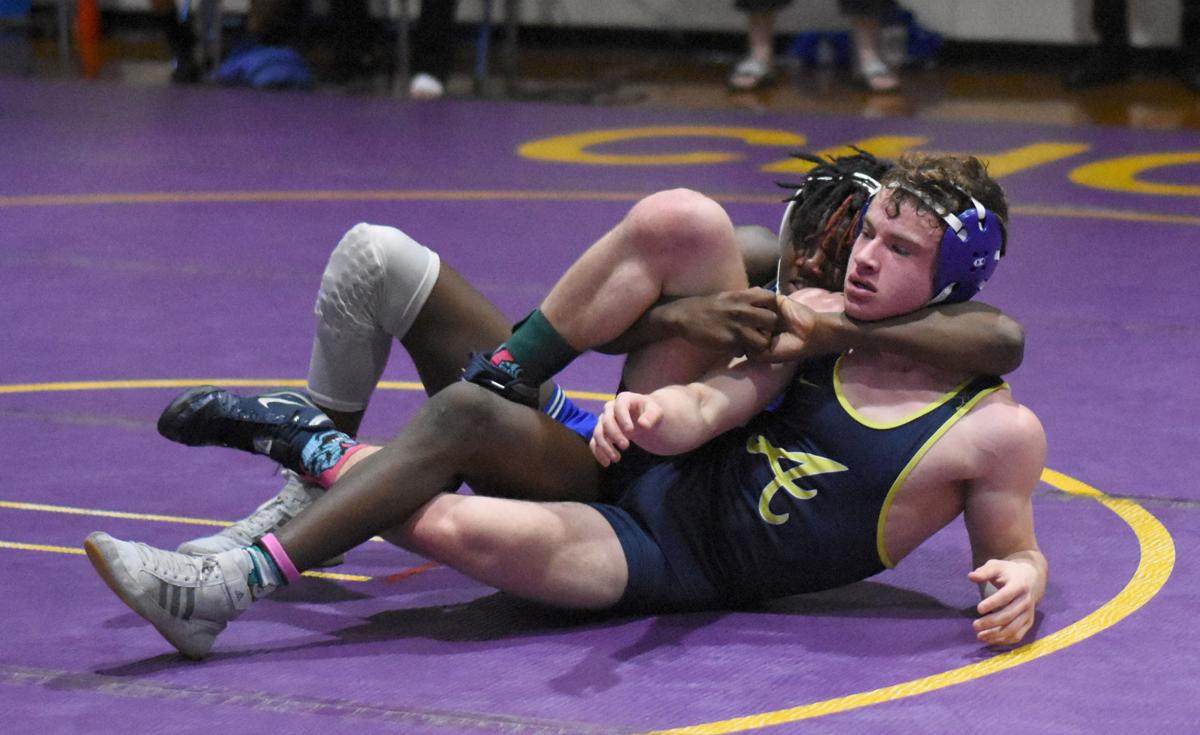 Sebring’s Curtis Harris held his opponent in an awkward position during Saturday’s tournament to maintain control of the match.

Sebring’s Jayden Rial held down an opponent with a headlock during Saturday’s Spiegel Tournament.

Sebring’s Curtis Harris held his opponent in an awkward position during Saturday’s tournament to maintain control of the match.

SEBRING — The Sebring Blue Streaks hosted the 26th Annual Spiegel Memorial Tournament over the weekend. Sixteen schools participated in Saturday’s event with McKeel Academy placing first with 217.5 points, Okeechobee was second with 192 and St. Thomas Aquinas rounded out the top three with 172. The Blue Streaks placed fifth with 124, the Avon Park Red Devils took sixth with 107 and the Lake Placid Green Dragons claimed 11th with 52.

“I think the tournament went fairly well,” said Sebring Coach Josh Miller. “It was a good showing and all the coaches were super happy about how fast we got things done. We were able to get some good wrestling in as a team. We had 16 teams in the house and we still did everything we needed to do. We placed fifth out of 16 and that is the best Sebring has done in a while. That shows good signs of where we are headed. Last year we were 12 or 13, so I am happy to get fifth.”

In the 113-weight division Avon Park’s David Rodriguez placed third. Rodriguez went head-to-head with Issac Badell of Belen Jesuit Preparatory School and won by a decision of 5-1 in the third-place match.

Sebring’s Curtis Harris finished in third in the 132-weight class. Harris took on Trevor Welsh of Sebastian River in the third-place match and won by a decision of 11-5.

In the 138-weight group, Lake Placid’s Caleb Smith came in eighth by forfeit.

Andru Boyd of Sebring claimed second in the 145- weight division. Boyd and Vish Williams of McKeel Academy went back-and-forth in the title match, where Williams narrowly defeated Boyd with a 17-13 decision. Lake Placid’s Hunter Lane-Costello placed fifth after defeating Patrick McNamara of St. Thomas Aquinas by pin fall at 0:12 in the fifth-place match.

Avon Park’s Jerclaron Hilton claimed second place in the 160-weight class. Hilton was pinned at 0:40 by Micah Welch of Sebastian River in the title match.

In the 170-weight division Red Devils’ Austin Spires placed first. Spires took down Travis McKenna of Okeechobee with a decision on 15-14 to claim the title. Sebring’s Jordan Barrett claimed fourth after being pinned by Devon Yearby of Port St. Lucie at 2:55 in the third-place match.

Sebring’s Daniel Balfour placed sixth in the 182-weight group after being pinned in the fifth-place match by Jonathan Rodriguez of Mater Academy at 3:27.

Phillip Lieder of Sebring placed fourth in the 195-weight class. Lieder lost by fall to Okten Logue of Port Charlotte at 3:27 in the third-place match. Avon Park’s Robert Parker claimed eighth place after being pinned by Dominick Silva of Ridge Community at 1:17 in the battle for seventh place.

In the 220-weight class the Blue Streaks faced off against each other in the fifth-place match. Elijah McDonald pinned teammate Jackson Copeland at 1:22 placing McDonald in fifth and Copeland in sixth.

“Districts is about half the size of the Spiegel but the Spiegel will give them a look at what quality wrestling looks like,” Miller said. “There were quite a few top wrestlers in the state at the tournament from last year. If you placed you had to earn it, especially top three. We are working really hard this week, trying to stay injury free and we have a match at Lemon Bay this weekend to get ready for Districts. Saturday should be a good day, not quite as tough as the Spiegel but we should see some good matches. We are aiming for top three at Districts. That would be good after only having six guys at Districts last year. This year we have almost a full lineup.”