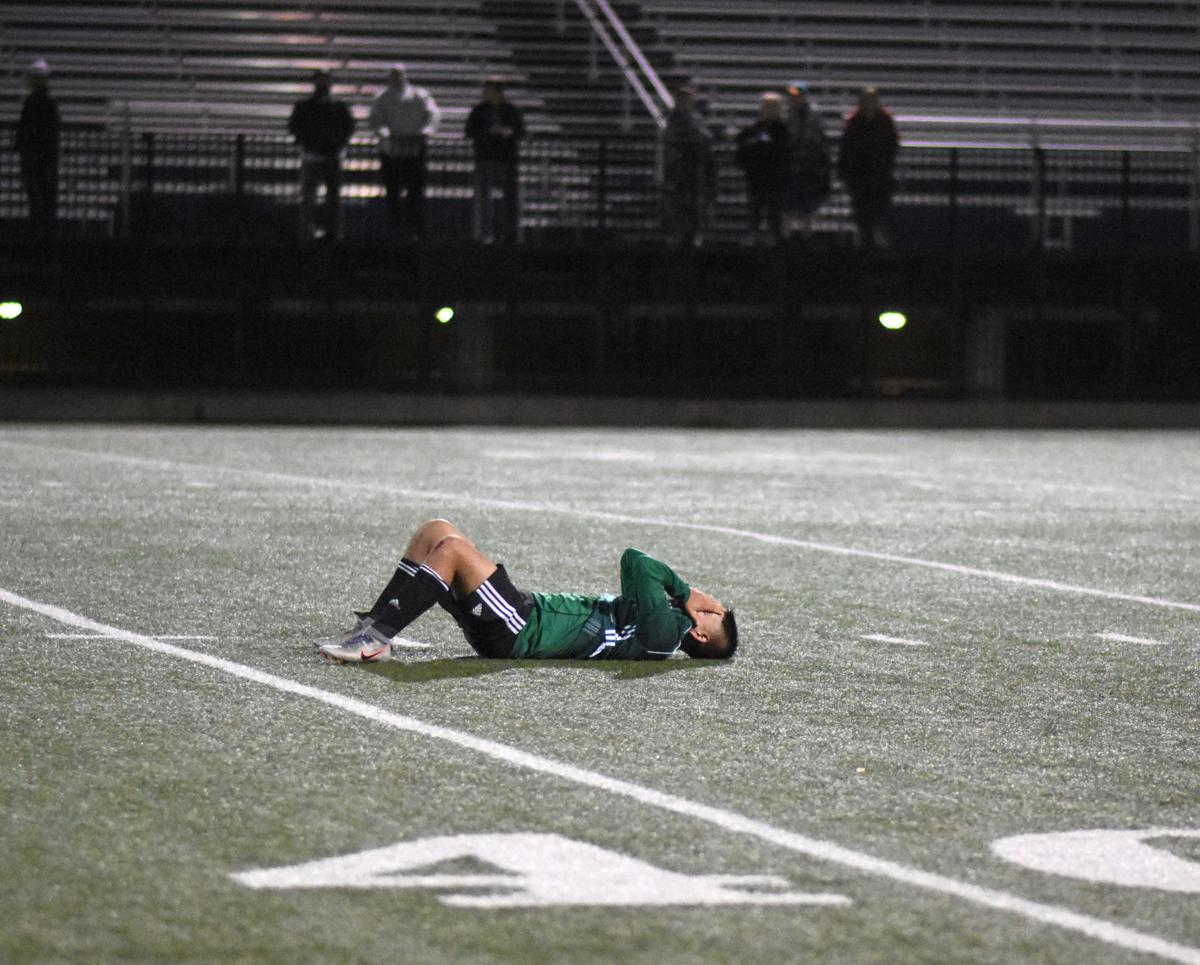 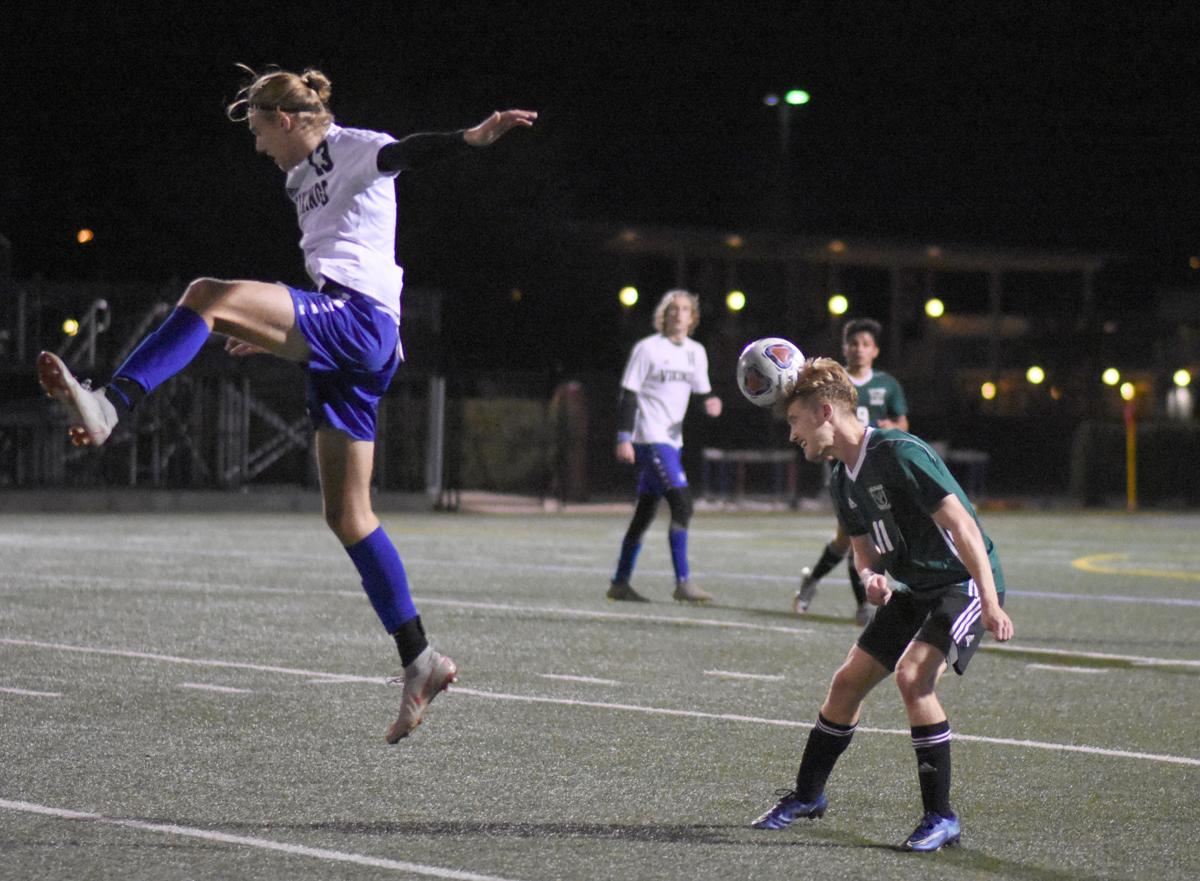 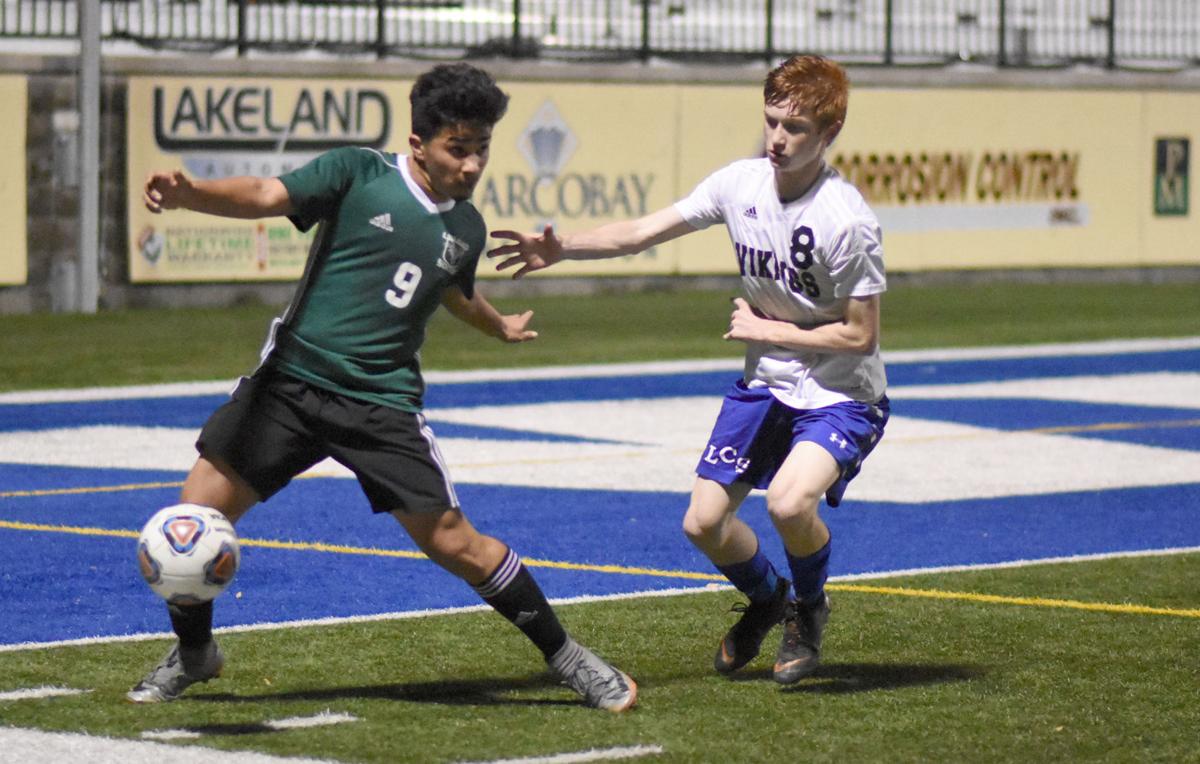 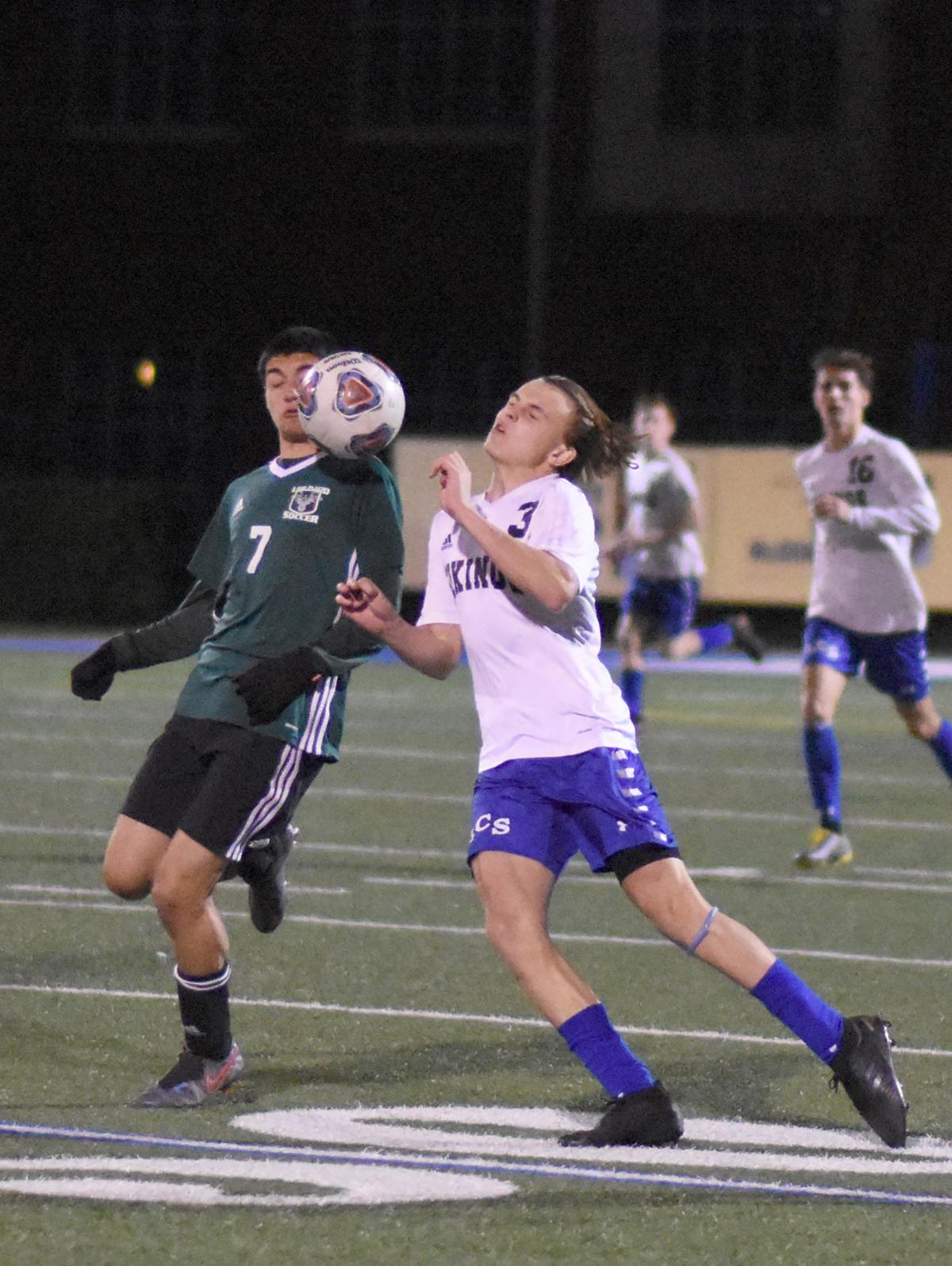 LAKELAND – It was an emotional night for the Lake Placid Green Dragons as their hopes of being the Class 3A-District 6 Champions was ripped away from them by the Lakeland Christian Vikings on Friday. The Green Dragons dominated all night on both sides of the ball but Lakeland was able to get one by Lake Placid and that was all they needed to defeat the Green Dragons 1-0.

“It was a hard-fought game and we came up short,” said Lake Placid coach Alix Jolicoeur. “I am very proud of the boys. I think we were the dominating team but we just couldn’t get anything into the net. The boys played hard, fought hard and gave 110% effort like I asked of them. This is the game of soccer, this is what happens sometimes. Cesar Martinez really stood out to me tonight as a defender, he did a great job.”

It didn’t take long for the game to become very physical. The Green Dragons and Vikings went back and forth with several hard contacts during the first half. The Vikings had an opportunity to score with a penalty kick. Luckily the ball hit the right post and ricocheted down field. A small fight broke out midway through the first half when Sam Troutman was slammed to the ground. Lakeland’s goalie came out and gave a Green Dragon a shove after the altercation resulting in a yellow card. Neither defenses allowed a goal and the score was tied at 0 at halftime.

The game intensified in the second half with more contact and 3 yellow cards were issued in a four-minute period. Lakeland took the lead with a freekick that was booted by Jake Joiner. Lake Placid’s keeper, Oscar Resendiz, gave it his all to block the ball but it was out of reach putting the Vikings up 1-0. Resendiz was a wall at goalkeeper making five saves for the Green Dragons. Lake Placid was unable to answer the Vikings and their dreams of being District Champions slipped away. The Green Dragons faught to the very end and gave it their all but the Vikings narrowly defeated Lake Placid 1-0.

“I felt like we deserved the win,” said Sam Troutman. “We played better and we were all over them in the first half. I think we were the better team and deserved to win. We all worked hard all season. We are proud to get this far but we all wanted this win tonight and it just didn’t happen. Being a senior, it is heartbreaking for it to end like this. I wanted to end my senior year as District Champions and I wanted to do it for my team and the school but we weren’t able to. If we do make it Regionals this will give us more drive and fuel to win. We are not proud of this so we want to bring home an actual title, not runner up. I plan on going to school and trying out at Florida Gulf Coast University.”

Lake Placid had several leaders on the field. Rudy Perez and Omar Resendiz each had four shots on goal, Daniel Andino added two and Austin Hunnewell, Adrian Mojica and Troutman each had one shot on goal.

“I believe we have a regional chance based on our ranking,” added Jolicoeur. “I think we should be moving forward. We have to wait for the bracket to see. We have seven seniors and this was a hard loss for them but hopefully this wasn’t our last game of the season.”

The Lake Placid Green Dragons will find out soon if this was the end of their season or not. The Green Dragons may have a shot at playing in the Regional Tournament.