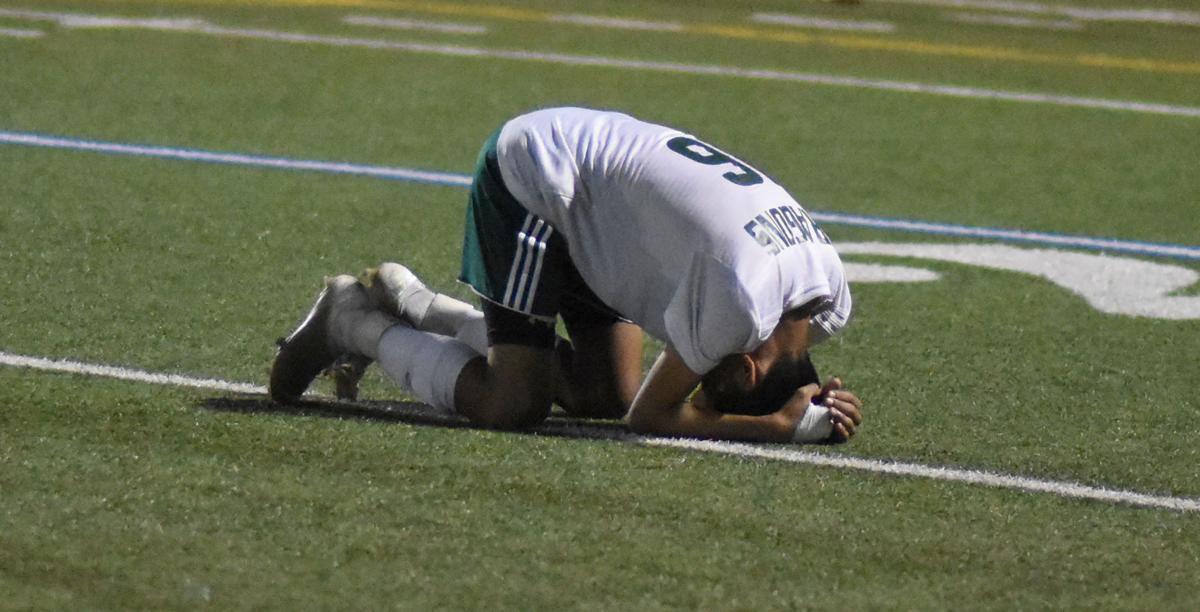 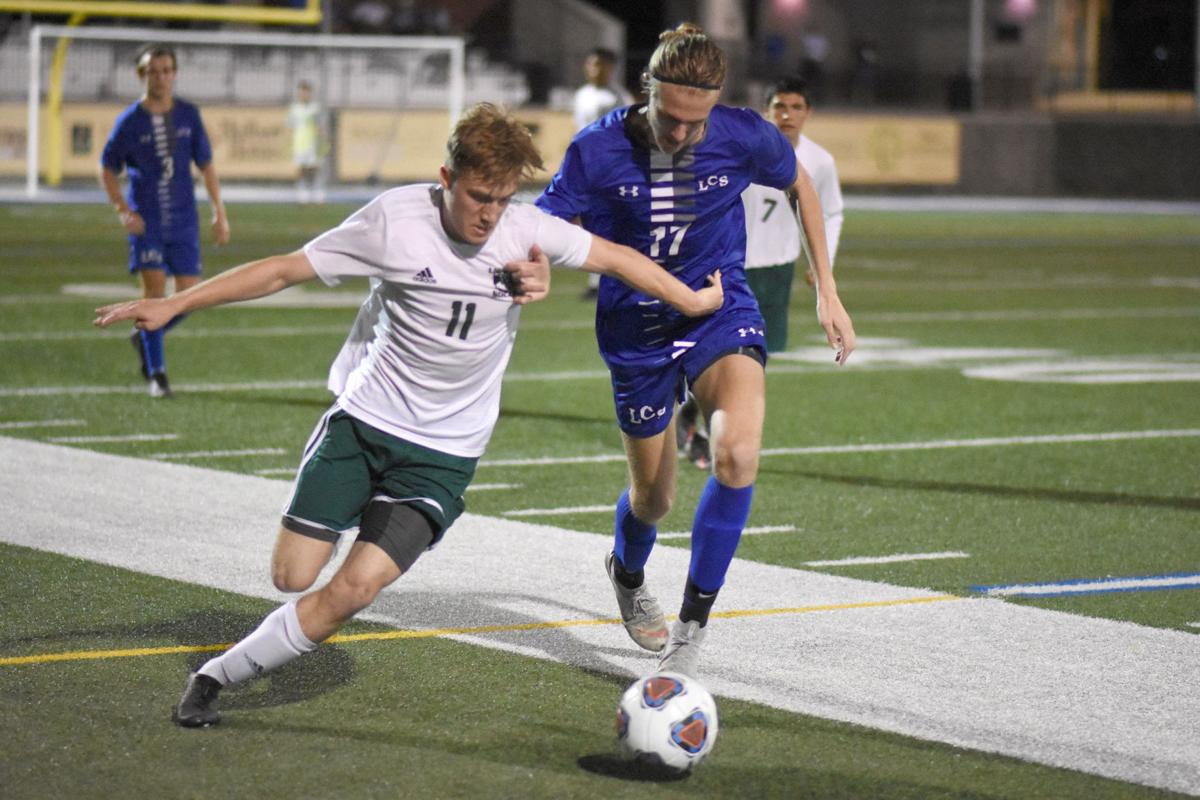 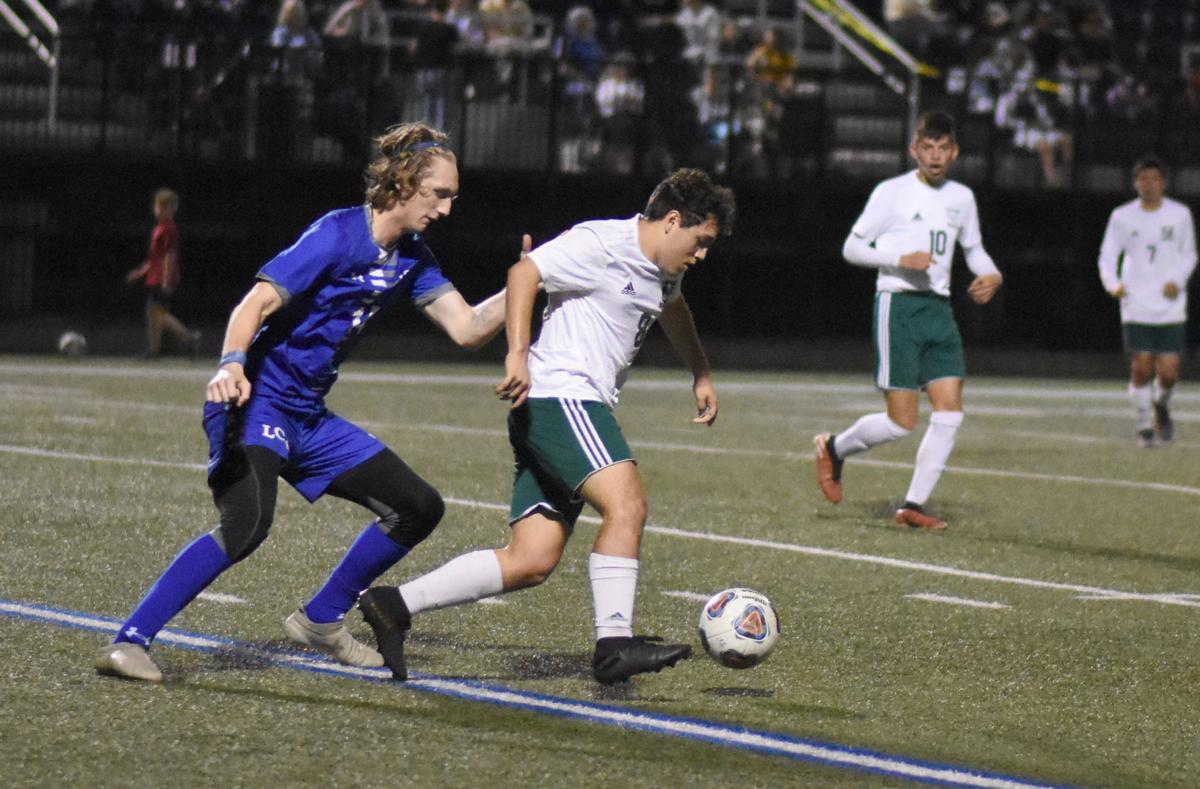 Oby Vega (8) dribbled the ball down field for the Green Dragons with Lakeland Christian’s Eli Hill (14) on his heels. 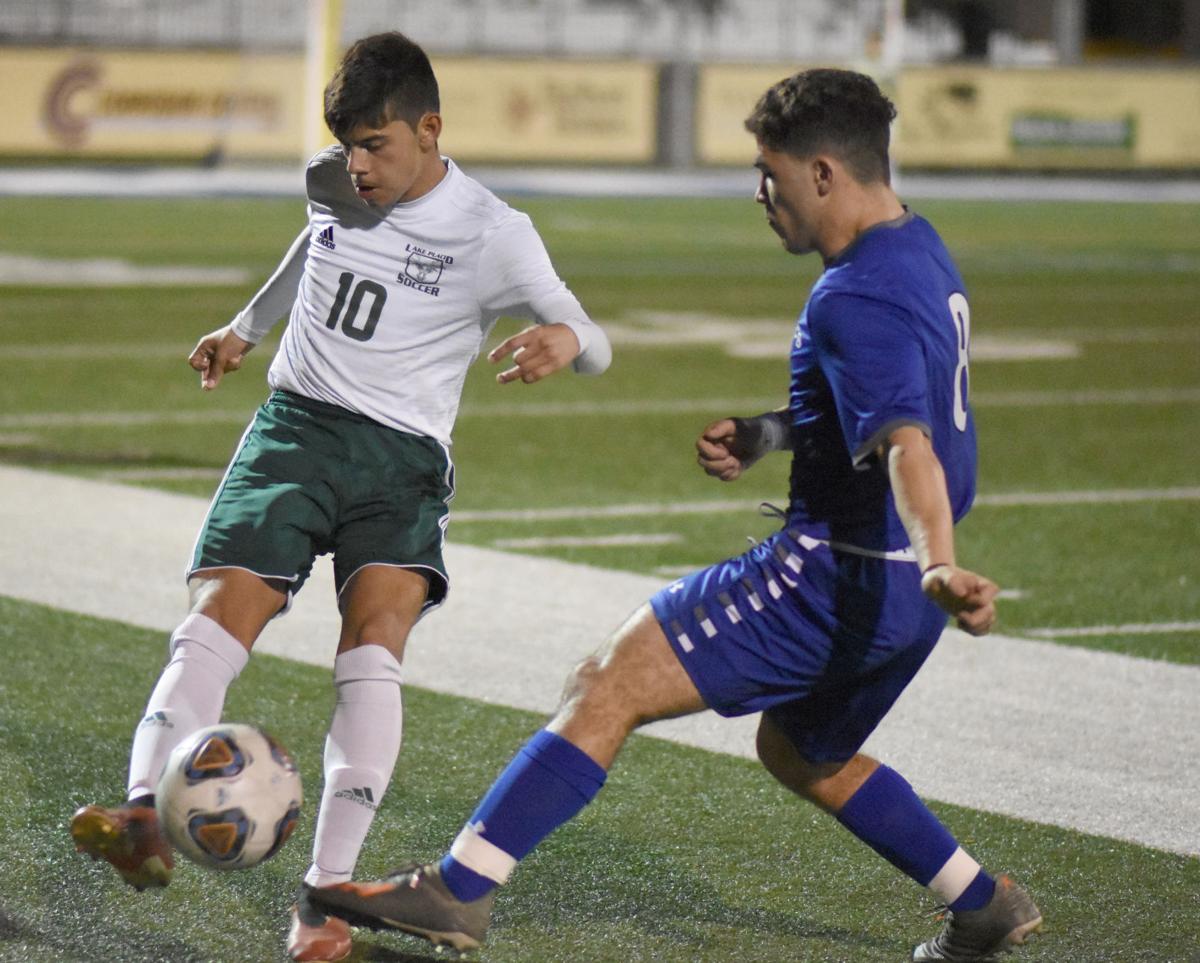 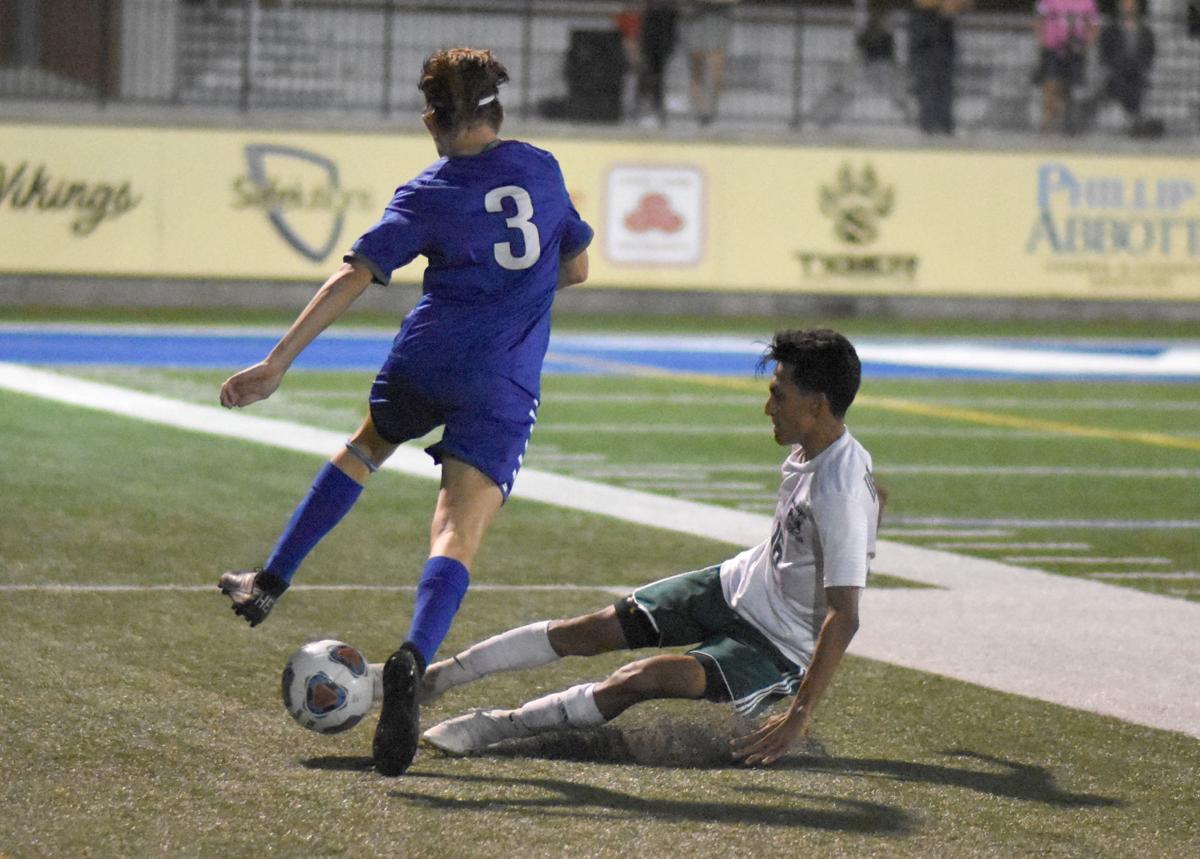 Lakeland Christian’s Rally Fox (3) dribbled down the line before Lake Placid’s Omar Resendiz (16) slid to kick the ball out of bounds.

Oby Vega (8) dribbled the ball down field for the Green Dragons with Lakeland Christian’s Eli Hill (14) on his heels.

Lakeland Christian’s Rally Fox (3) dribbled down the line before Lake Placid’s Omar Resendiz (16) slid to kick the ball out of bounds.

“It was a well-played game and we gave it up,” said Lake Placid coach Alix Jolicoeur. “Cheap goals are not going to win the game the boys fought hard but again came up short. It is a disappointment. I am proud of them obviously but I knew they had it. They have the caliber of players to go further than this but we came up short again. Oby Vega was all over the pitch and really stood out. We are losing six or seven seniors and that’s why I thought this was the year. Next year we will be in the rebuilding stages.”

The Green Dragons tried to answer moments later with a shot by Adrian Mojica that narrowly missed the net and ricocheted out of bounds. Lakeland Christian held to their slight lead going into halftime.

In the second half Lake Placid made a comeback. The Green Dragons received a penalty kick that Mojica rocketed past the Viking’s keeper to tie the game at 1 with 31:20 left in the game.

The Vikings received a penalty kick a short time later. Resendiz and Knox Gibson of Lakeland Christian went head-to-head. Gibson launched the ball toward the right post and Resendiz made an incredible diving save for Lake Placid.

“It was amazing to get that save for my team,”said Lake Placid keeper, Oscar Resendiz. “I have been practicing how players approach the ball. He (Gibson) was a great player and for me to be able to shut him down a little bit made me happy.”

The game was tied at 1 at the end of regulation play. Overtime began with two 10-minute periods. The Vikings were able to sneak the ball past Resendiz late in the second half of over time to defeat Lake Placid 2-1 and ending the Green Dragons phenomenal season.

“It was a tough game,” Resendiz said. “Going into we knew it was going to be tough because they (Lakeland Christian) are a great team and they don’t stop. They kept going throughout the whole game. We dominated both halves and it came down to who ever wanted it more. Unfortunately, they outpaced us in the last goal and it is really devastating to have our season come to an end like this. I am really proud of our team. We have had one of the best seasons in Lake Placid history. We have the best defenders in my class.

“I am proud of these boys, they are my family, my brothers no matter what and I love this team to death. I know they will do great in the future. It is devastating knowing this was my last game for Lake Placid. Not being able to play in our stadium or in front of our fans. I will miss having people come up to me at school and saying congratulations and all the fans that had my back. I loved playing with these boys, traveling and competing against other schools. Playing college soccer was something I wanted to do but it doesn’t look like it is going to happen. It is really hard to get into college soccer but I will do the best I can.”