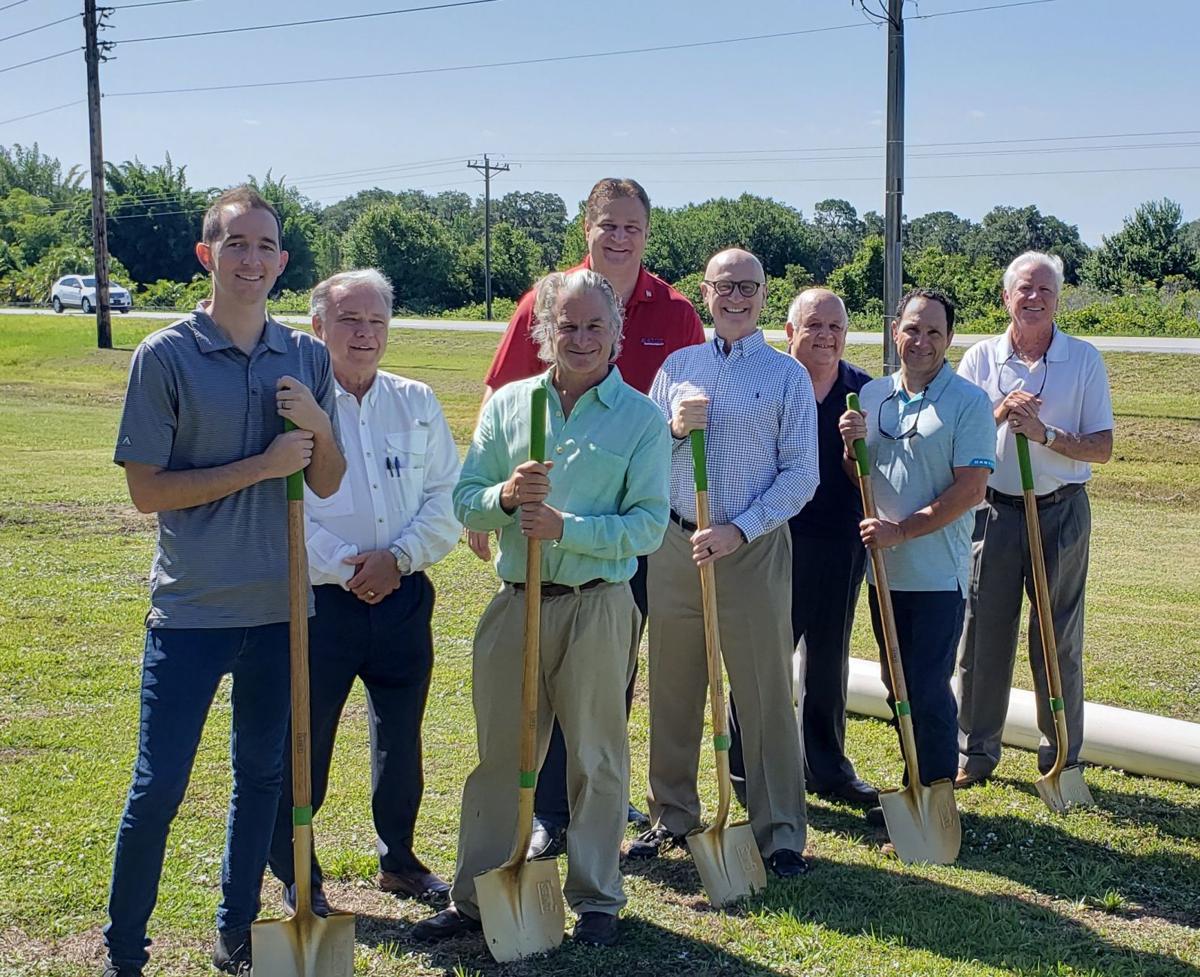 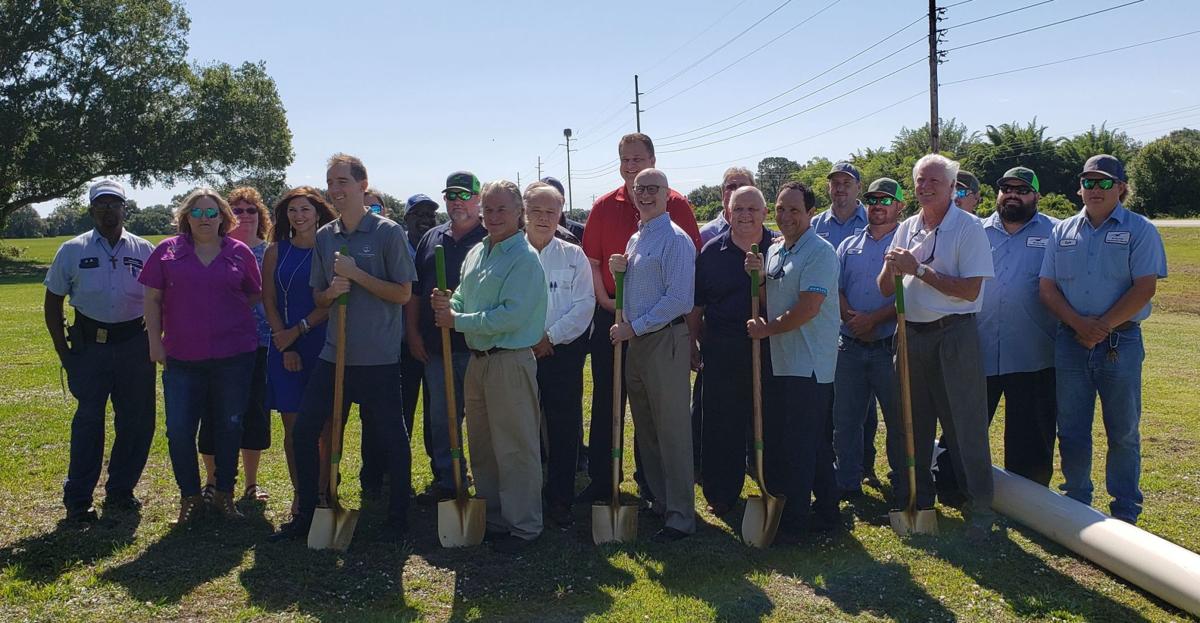 Under the shade of a massive oak tree at the district office, District Manager Joe Decerbo welcomed everyone. Decerbo introduced and thanked Representative Cary Pigman, who was integral in getting the appropriation funds for the project; Helmut Wyzisk II and III, owners of The Signature Group, which owns the golf course, restaurant and other properties to be developed; Carl Salafrio, president and CEO of Developmental Designs who is planning a large RV park; Gene Schriner, president of Craig A. Smith Engineering, the district engineer who is overseeing the project; Don Elwell, county commissioner and resident; Tim McKenna, president of the SLID Board of Supervisors, and others. DeCerbo said without the tireless efforts of those men and many others, the project would not have been possible.

“None of this development would have occurred if we had not handled our storm water retention and storage; built a new sewer plant; acquired a second water plant; renovated our pump station; and secured the appropriation for 98,” DeCerbo said. “We have made Spring Lake a very valuable area for development, and we anticipate rapid growth over the next three to five years.”

The project was years in the making. In fact, Pigman championed the project in the legislature for two years before finally getting the legislative appropriation for $1.1 million. Senator Ben Albritton supported the project as well.

The project will have Excavation Point laying about 15,000 feet of sewer infrastructure along heavily traveled U.S. 98. The project will bring the lines from Floral Drive to the west and connect locations to the south by running under U.S. 98. The lines will lay past Arbuckle Creek to the east to Village 10, which is slated to have nearly 300 RV units with many amenities. Permitting is currently taking place for the village.

The sewer lines will tie into existing lines that run from the relatively new wastewater treatment plant that cost $3.345 million. The wastewater treatment plant was built with a 30-year no interest loan from the state. Currently, the plant services over 300 users and will also service 1,500 future businesses and residences being built on U.S. 98.

“Joe DeCerbo and Spring Lake had already proven to be good stewards of their grant money,” Pigman told the crowd. “There is a growing realization that the state needs to provide some contribution, some sort of investment to help on water quality. We can’t do it just as local government and we can’t fix the sins of everything in the 1950s, 1960s and 1940s in terms of just getting rid of water and not taking care of the quality of it.”

Pigman also said water quality is as important an investment as education and health care. Spring Lake’s success should be an example to other districts across the state, he said.

DeCerbo said the project will begin in earnest in a couple of weeks. Construction will be 12-15 feet off the right of way, so traffic is not expected to be interrupted. The project should be completed by September.