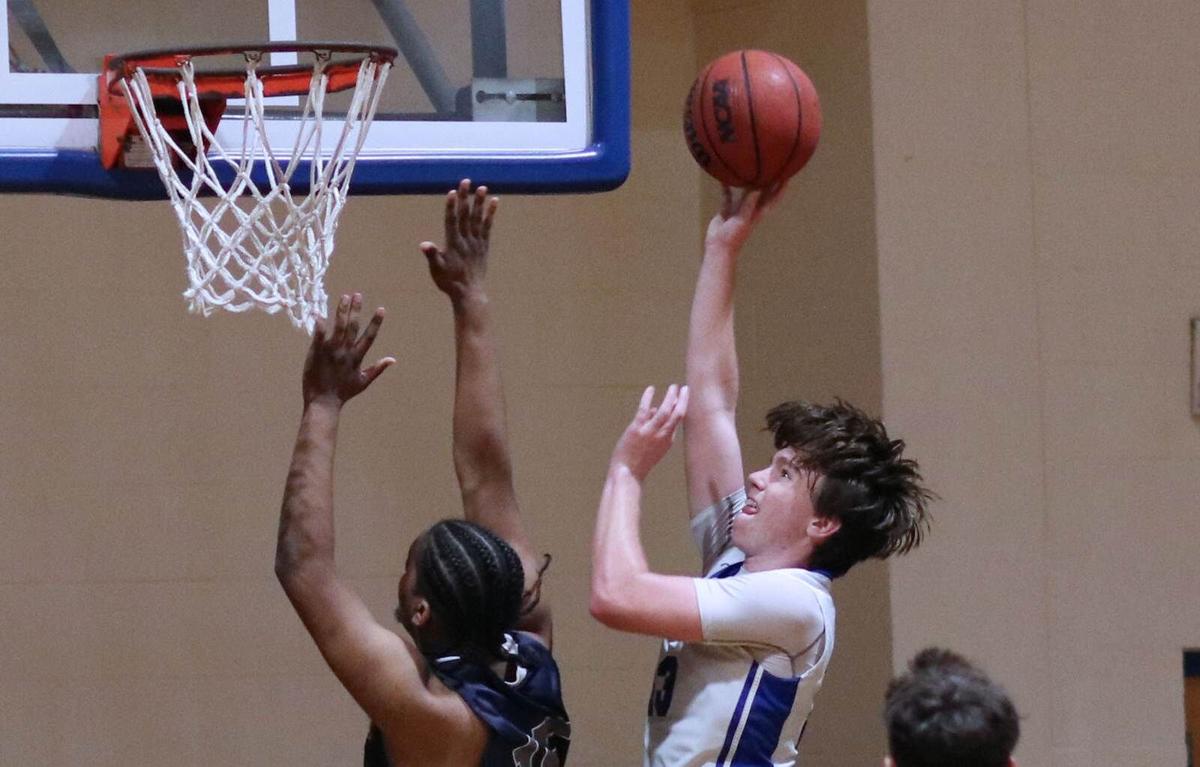 Sebring’s Marshall O’hern (13) drives to the basket for a layup. 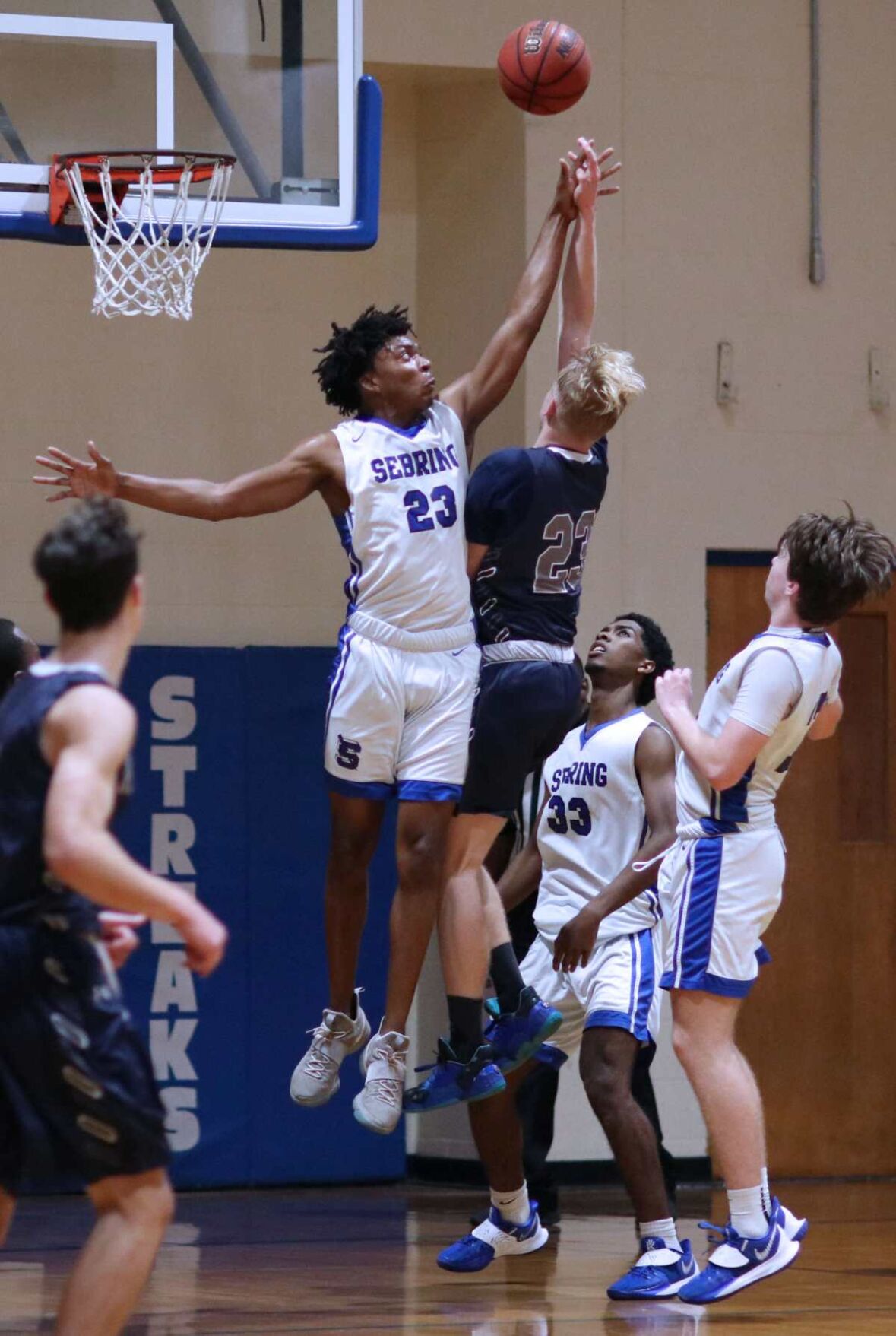 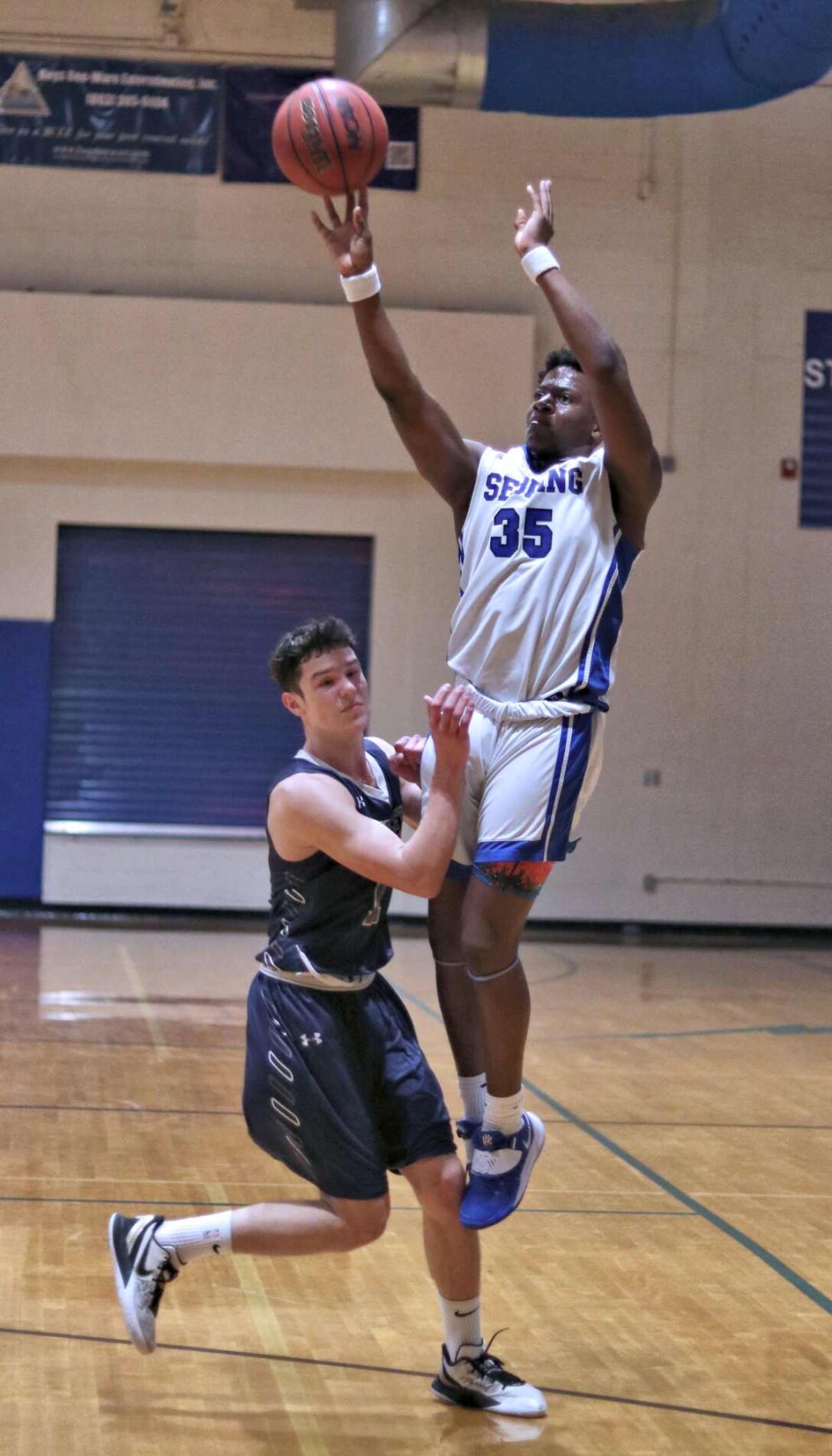 Sebring’s Frederick Hankerson (35) makes the jump shot and converts the foul shot for a three-point play. 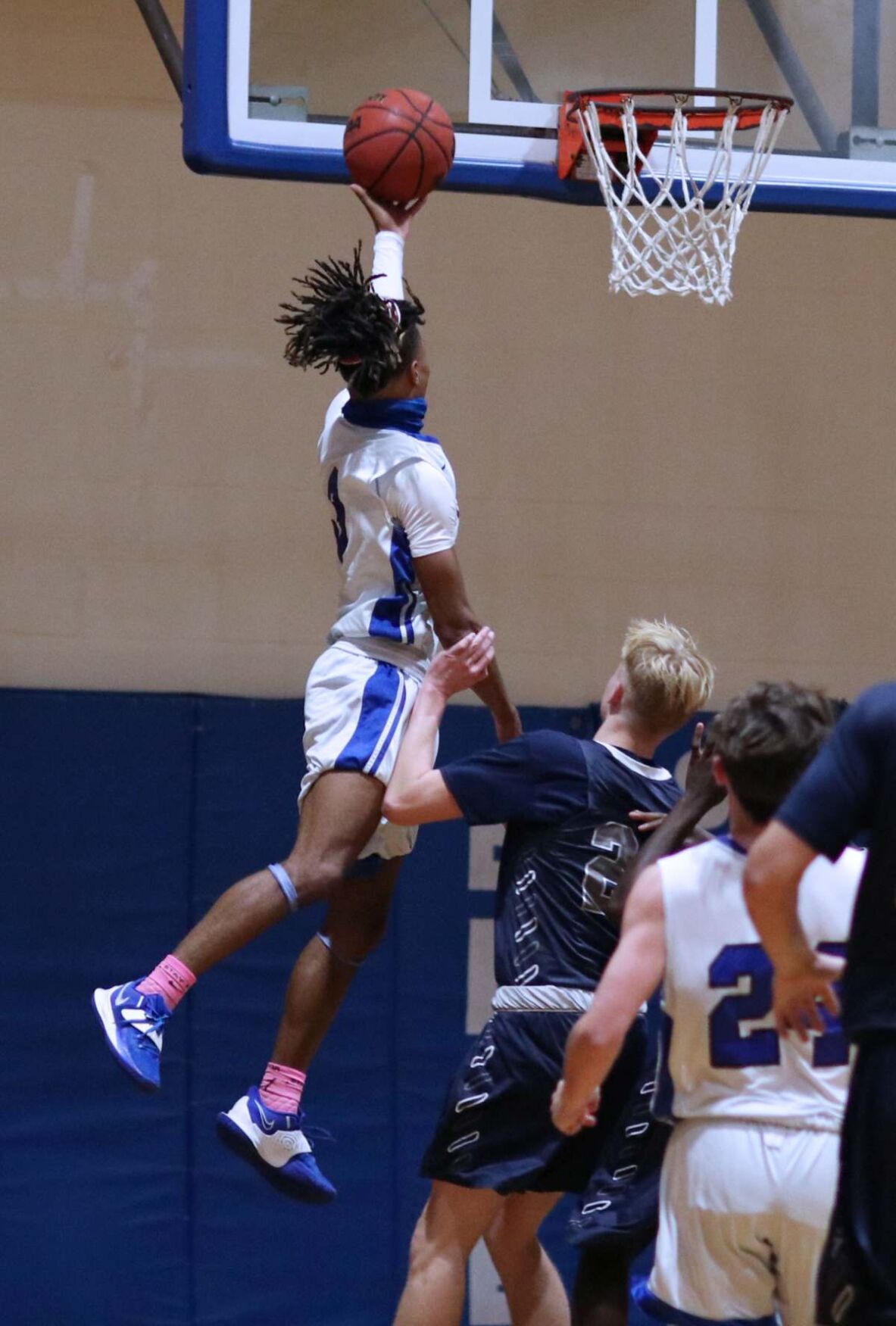 Sebring’s Ryan Brown (3) soars past the Vanguard defender to the basket.

Sebring’s Marshall O’hern (13) drives to the basket for a layup.

Sebring’s Frederick Hankerson (35) makes the jump shot and converts the foul shot for a three-point play.

Sebring’s Ryan Brown (3) soars past the Vanguard defender to the basket.

SEBRING — After starting the season an unceremoniously 2-6, the Sebring Blue Streaks have put together three straight wins, the latest a 74-55 win over the Vanguard Panthers (7-5), to improve to 5-6 on the season.

“Feels good to string together some wins,” said Sebring Head Coach Princeton Harris. “We have spent a lot in practice with all these games being cancelled, so we are getting better at the right time.”

Sebring jumped out to an early lead scoring the first 11 points on baskets by Payton Spencer, Emmitt Beck, Will Dessources and two by Marshall O’hern that included a 3-pointer.

The Blue Streaks maintained that lead and extended it to 13 by the end of the first quarter as they headed into the second quarter with a 21-8 advantage.

Vanguard cut into the Blue Streaks lead by going on a 12-3 run in the first three minutes that included 3-pointers by Ante Prtenjaca and Brian Brown to make the score 24-20 and chipped a little further into Sebring’s lead as the Blue Streak lead shrunk to three at 29-26.

Sebring regrouped to finish the second quarter outscoring the Panthers 7-2 to take an eight-point, 36-28, lead into the half.

The Blue Streaks held the Panthers to just seven points in the third quarter while going on a 15-2 burst to expand their lead to 21, 51-30 and held a 52-35 lead at the end of the third.

With an extensive lead, Sebring brought in subs in a high-scoring fourth quarter. Mikey Edmund got the Blue Streaks started with a 3-pointer and another basket and another basket by Edwardo Jirau pushed Sebring’s lead back to 22, 59-37.

Sebring curbed the Panthers momentum with a basket by Edmond and seven points by Frederick Hankerson in a 9-2 run to widen their lead to 72-53 and eventually the Blue Streaks won 74-55.

Vanguard had three players in double digits for scoring; Prtenjaca with a game high 19, Kacper Kabala with 12 and Jan Jagielski scored 11.

Sebring had 11 players that scored at least one point. O’hern led the Blue Streaks with 13, Ryan Brown with 11 and Hankerson with 10 reached double digits. Edmond scored 9, Beck added 8 and Dessources finished with 7.

“I love when we can sub guys in,” said Harris, “especially when they have not been playing much, but they come to practice like everybody else.”

Sebring will play Lake Wales at home on Thursday and travel to play Largo on Saturday in a tournament.