An interior look of Sugar Mama’s. 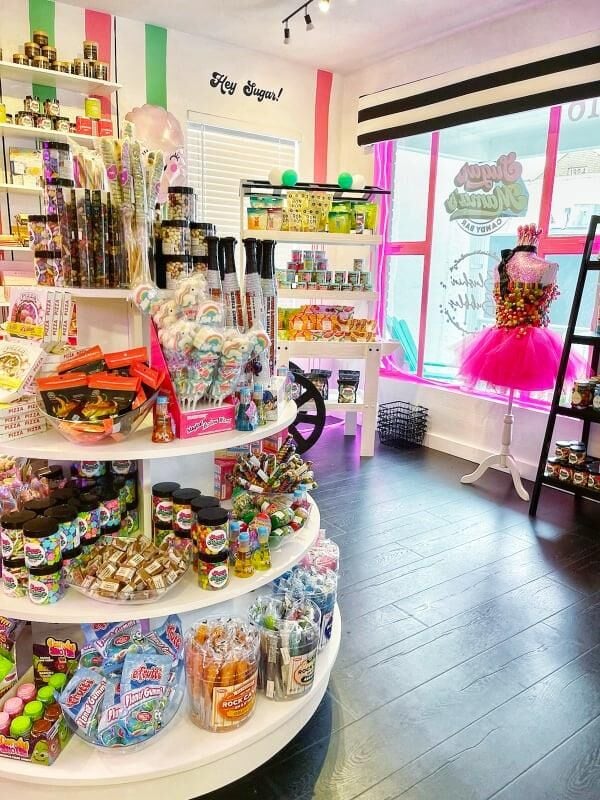 If you’re willing to make the drive, there is plenty to choose from at Sugar Mama’s in Clermont.

An interior look of Sugar Mama’s.

If you’re willing to make the drive, there is plenty to choose from at Sugar Mama’s in Clermont.

Owners Aimee Stanley, Marcella Summa and Jessica Rush had some test runs before their official grand opening. With various successful pop-ups under their belt, they decided to open a brick-and-mortar right on Montrose Street. They’ve been breaking people’s diets since Aug. 21.

Summa owns a building in downtown Clermont, and Stanley owns the realty business next to Sugar Mama’s. Stanley is even on the executive board of the Chamber of Commerce; she’ll be a chairmember next year. But it’s not just business for them.

“We get so excited,” Summa said. “We get to play with stuff all the time!” Stanley added.

From gummies to marshmallows to cotton candy creations and unique drinks, Sugar Mama’s has anything and everything to satisfy one’s sweet tooth.

“I can’t just pick one!” Stanley said regarding which is her favorite product. “It depends on what mood you’re in,” added Summa.

Both ladies share a constant support for the community. On Sept. 7, they even participated in a local ribbon cutting ceremony. On top of that, they even support local businesses in their own store.

Their “Support Local” menu has various drinks inspired by nearby stores. For example, the Gray Collective has its own bridal inspired drink, complete with a candy ring on top. Corelli’s cherry flavored drink is topped with marshmallow whip and a gummy pizza.

Everyone can enjoy their sweet treats. Options like gluten free, sugar free and even vegan candies give everyone an opportunity to satisfy their cravings.

“We do have a large variety of options…We really try to have something for everybody,” Stanley said.

“We just want people to come in and the minute they walk in that door, they get that feeling,” Summa said. “It’s always about positivity, and a positive experience and we’re all about service and what we can do to make you happy.”