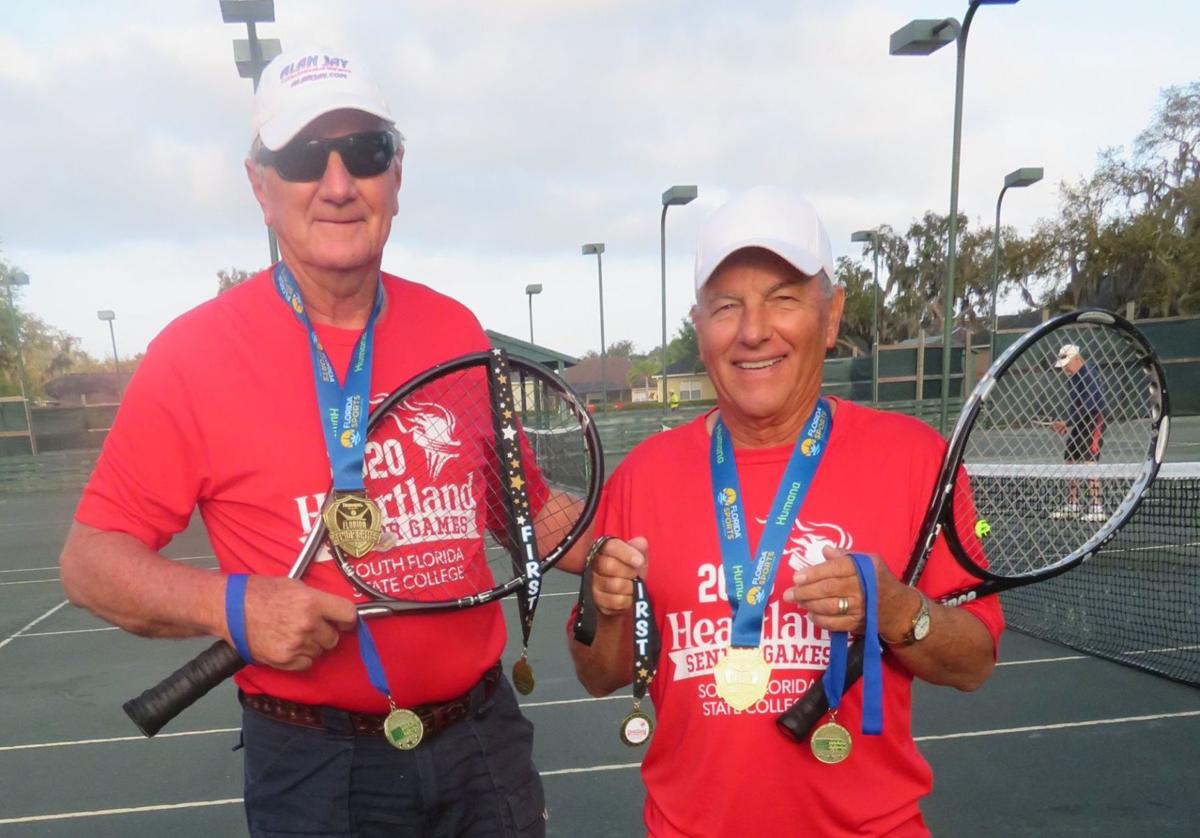 Mike Rafferty, left, and Eugene Bengston with their gold medals from the Polk, Florida and Heartland Senior Games. 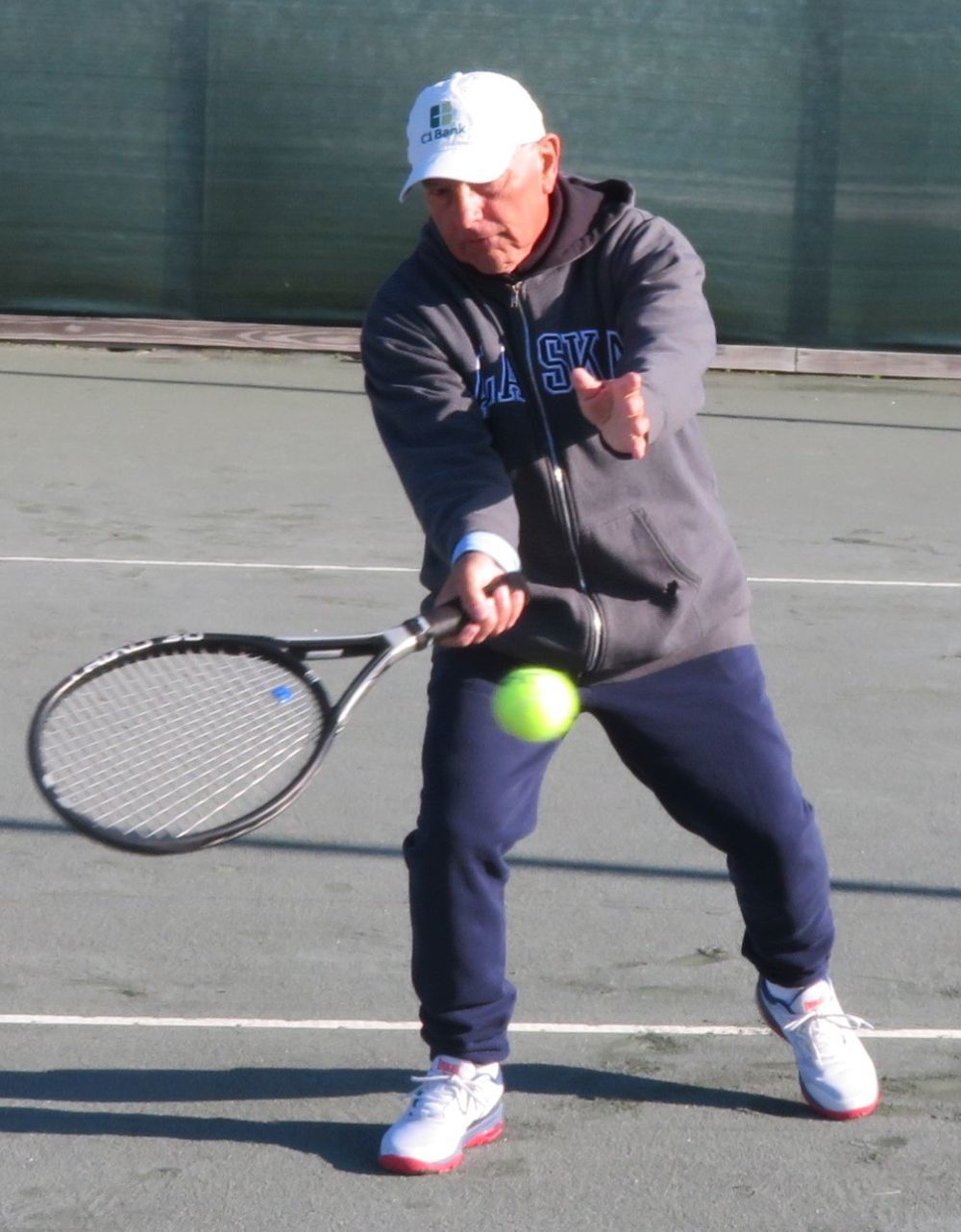 Eugene Bengston shows his form at the Heartland Senior Games. 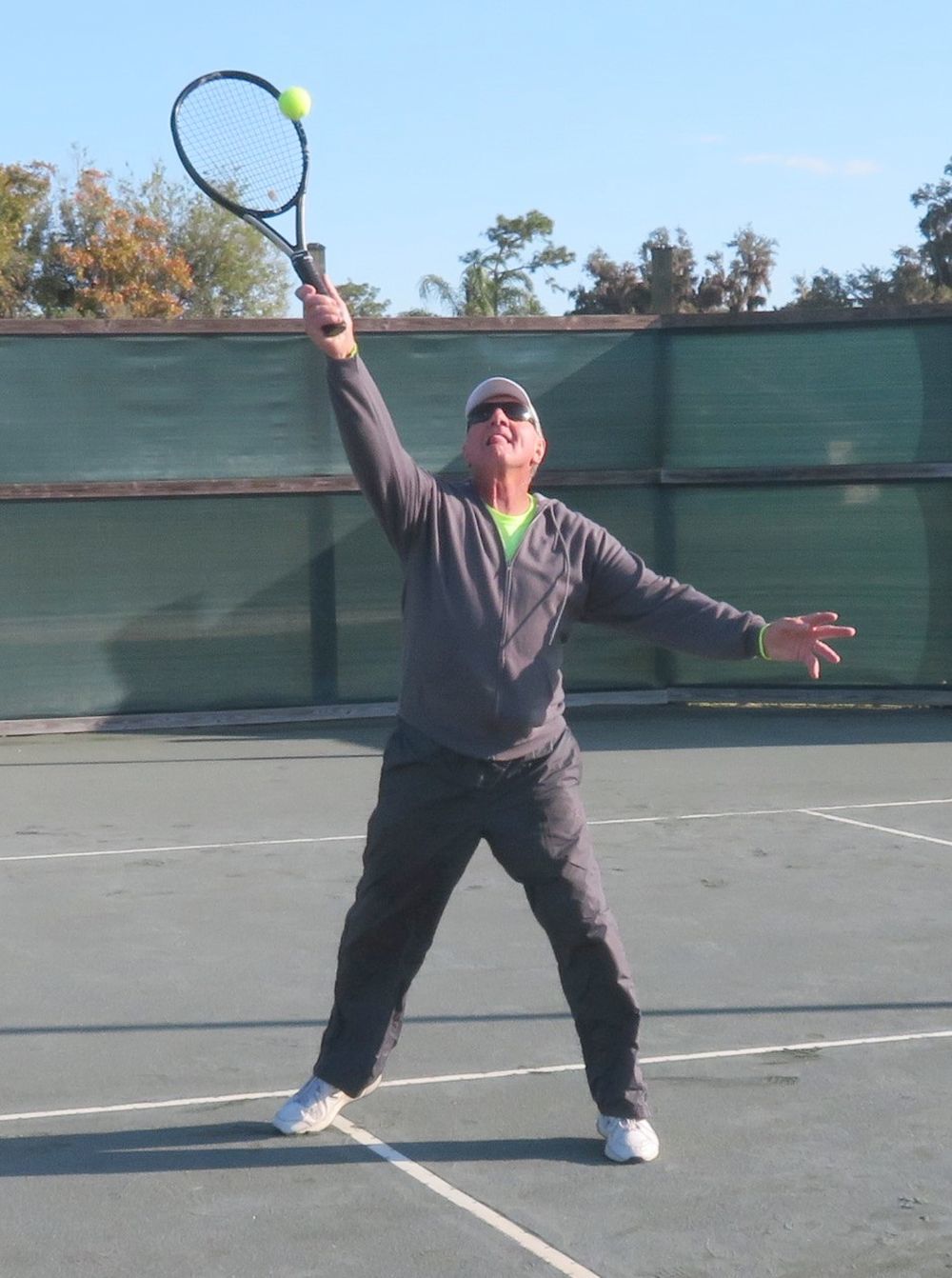 Mike Rafferty, left, and Eugene Bengston with their gold medals from the Polk, Florida and Heartland Senior Games.

Eugene Bengston shows his form at the Heartland Senior Games.

About 35 years ago, two local residents first met while helping a friend to move. All three were tennis players and the two helpers ended up being tennis partners and best friends.

Mike Rafferty grew up in Miami and worked for Winn-Dixie. He married a young lady who wanted to get away from the big city. She had relatives in Altamonte Springs so Mike got a transfer to the Orlando division of Winn-Dixie and they made the move.

It was here that Mike was introduced to tennis. After Disney World opened, Orlando exploded and it didn’t take too long before the couple was on the move again, settling in Sebring with Mike transferring to the Tampa division of Winn-Dixie.

Eugene Bengston was born in Minnesota but his family followed his grandfather, one of Sebring’s pioneers, who had moved south to find farmland in a warm climate. Eugene started playing tennis in a summer program at the age of 14. He graduated from Sebring High School where he played on the championship basketball team as there was no tennis program.

Bengston taught school in Highlands County for two years after graduating from college in Tennessee then acted upon a strong calling he had as a boy and moved his wife to Dallas where he attended the seminary for four years. Upon returning to the area, he was pastor of a small country church in Lorida before starting the non-denominational Bible Fellowship Church which was originally in a house. For five years the congregation met at Sebring High before the current facility on Hammock Road was constructed. The church has outgrown its current home with a congregation of approximately 500 that swells to 700 with snowbirds. Twenty acres of land has been purchased near the YMCA to build a new facility.

Although he retired 10 years ago, after 35 years as a pastor, Bengston is still very active with the church teaching a class of adults, leading overseas missions, doing consultations, weddings and funerals. On one trip to Israel, Bengston baptized Rafferty in the River Jordan along with others on the bus tour.

Since his retirement, Rafferty has worked on the Tuesday men’s work crew at the church which has done restoration work at the church, as well as providing helping hands for widows and widowers. He enjoys fishing, boating and water skiing on Lake Jackson. He also likes deep sea fishing and loves to travel.

After meeting, the two played tennis on the court at Dr. Thakkar’s house. Later they played at Harder Hall and finally at Prairie Oaks, which is now the Country Club of Sebring. Having partnered throughout the past 35 years, they have had a great deal of success.

Congratulations to this talented twosome. Thanks for representing the Heartland so well.

The 2020 Florida Senior Games are open to all who finish in the top five in their five year age/gender group in one of the 20 qualifiers held across the state. The Florida Games serve as a qualifier for the semi-annual National Senior Games which will take place in the Fort Lauderdale area in November 2021.

The 2021 Heartland Senior Games will take place at a variety of venues in Arcadia, Avon Park, Sebring and Wauchula from Jan. 30 to Feb. 26, 2021. The Heartland Games are open to all women and men who will be 50 and older in 2021. For information, please visit the SFSC website at www.southflorida.edu/heartlandseniorgames.